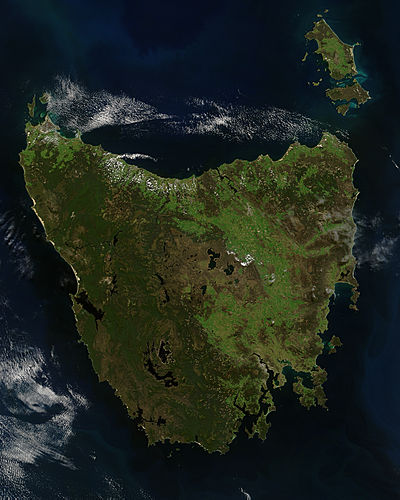 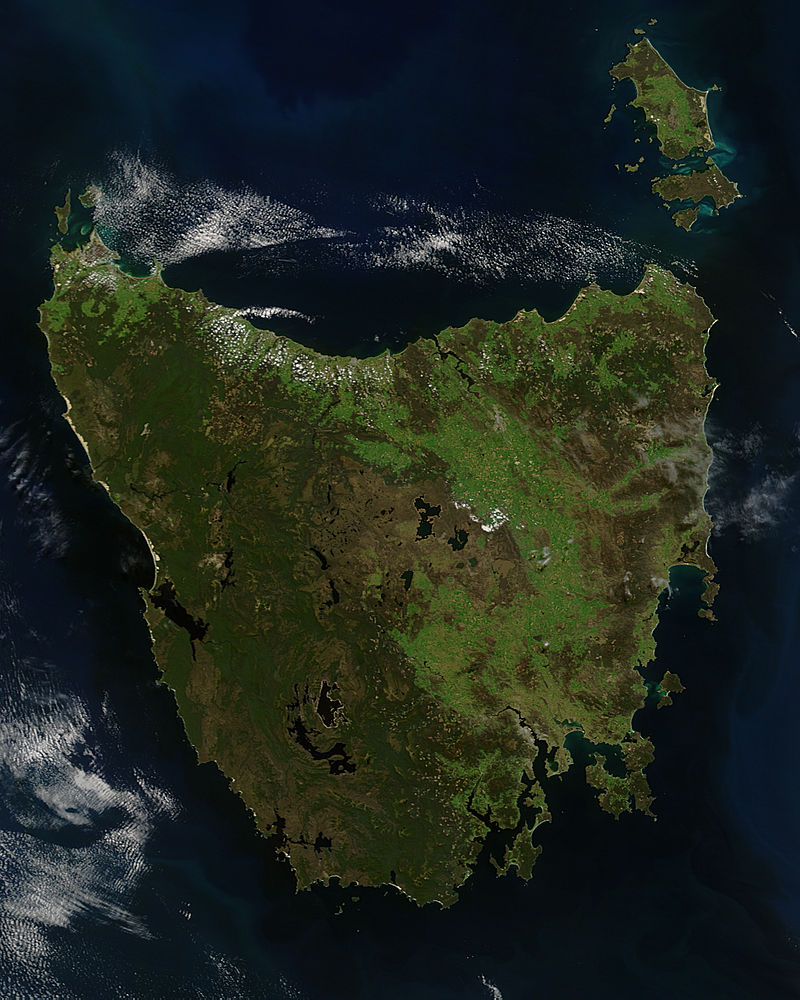 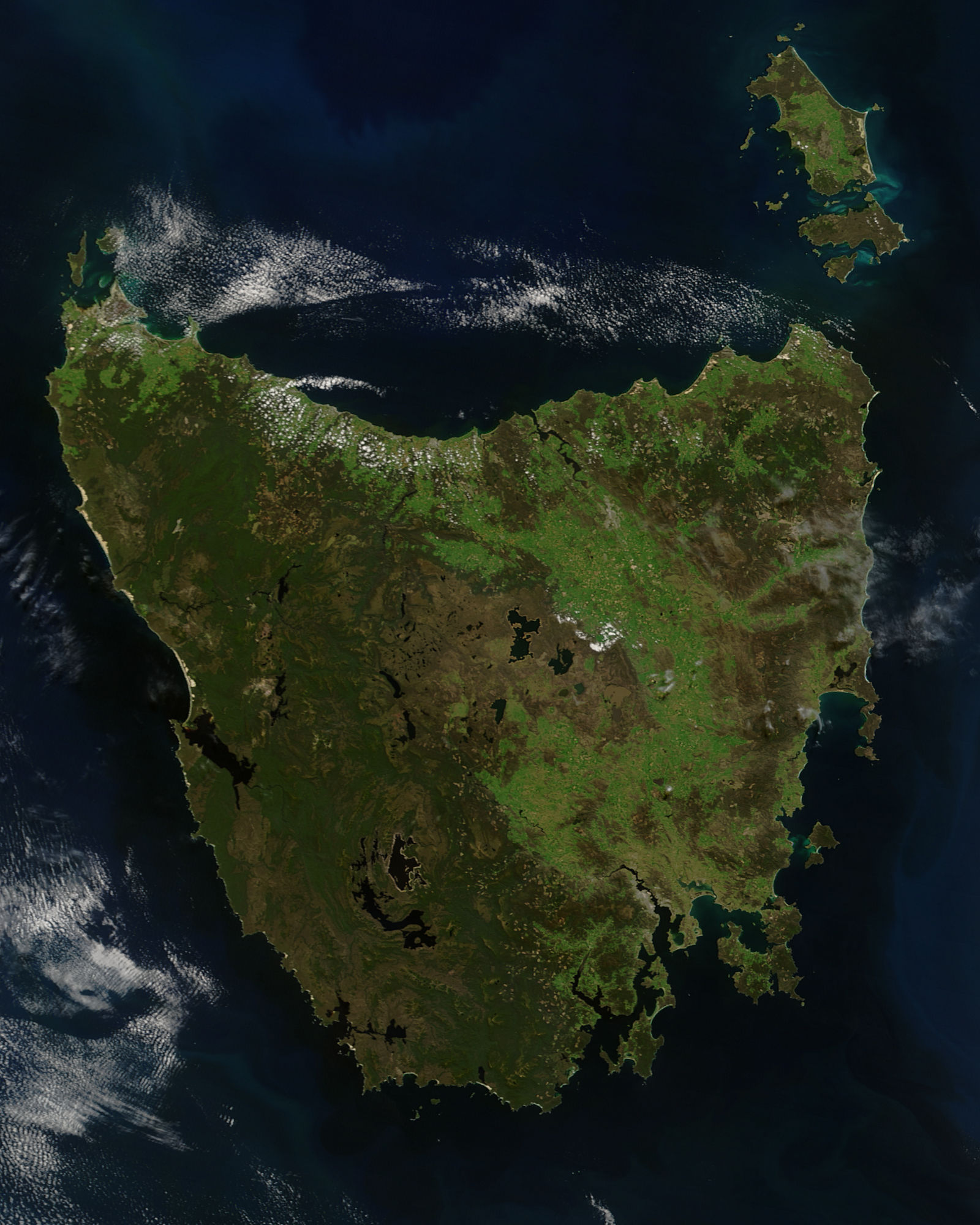 The vibrant greens in this image depict the forests of Tasmania. The island is a part of Australia, located some 240 kilometers (150 miles) off of its extreme Southeastern tip. Tasmania is fairly large, measuring about 68,000 square kilometers (26,000 miles). Over a third of the island is maintained as parks and reserves, protecting the island´s unique and plentiful biological diversity. One of the more famous species found on the island is the Tasmanian Devil. This animal is the largest carnivorous marsupial on the planet and gets its name from its ferocious appearance and its hair-raising call. Other notable species include Eastern barred bandicoots, which are nearly extinct on the mainland, several species of quolls, which are smaller carnivorous marsupials, several egg-laying mammals (echidnas and platypuses), kangaroos and wallabies, Eucalypt forests with numerous unique plant species, hundreds of bird species, frogs, reptiles, as well as a rich array of marine mammals, such as whales and seals. Like many islands, the biodiversity of Tasmania is under severe pressure from introduced or non-native species, such as dingoes, that either prey directly on wildlife or occupy their habitat.