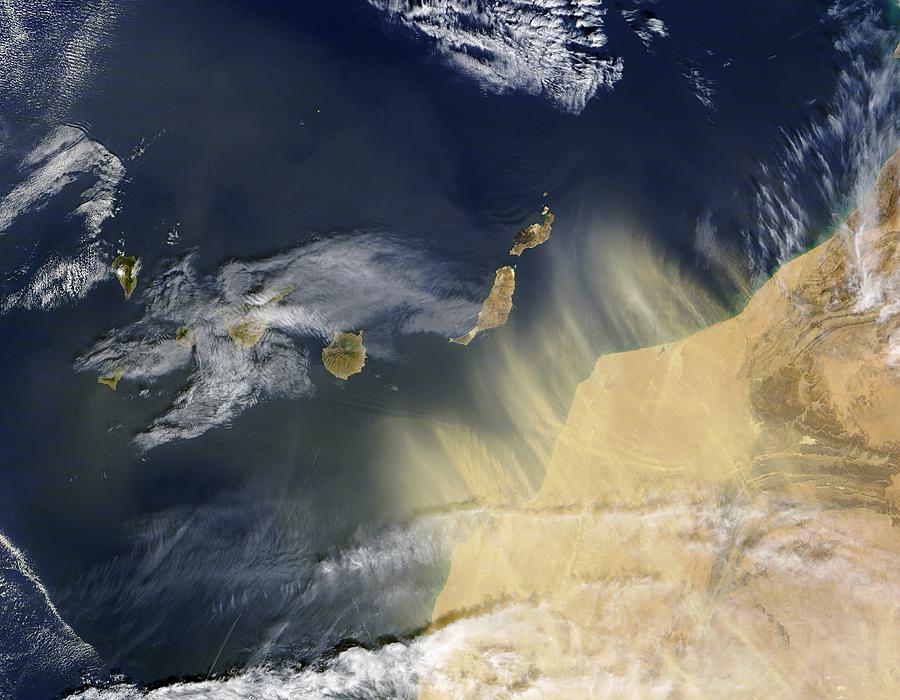 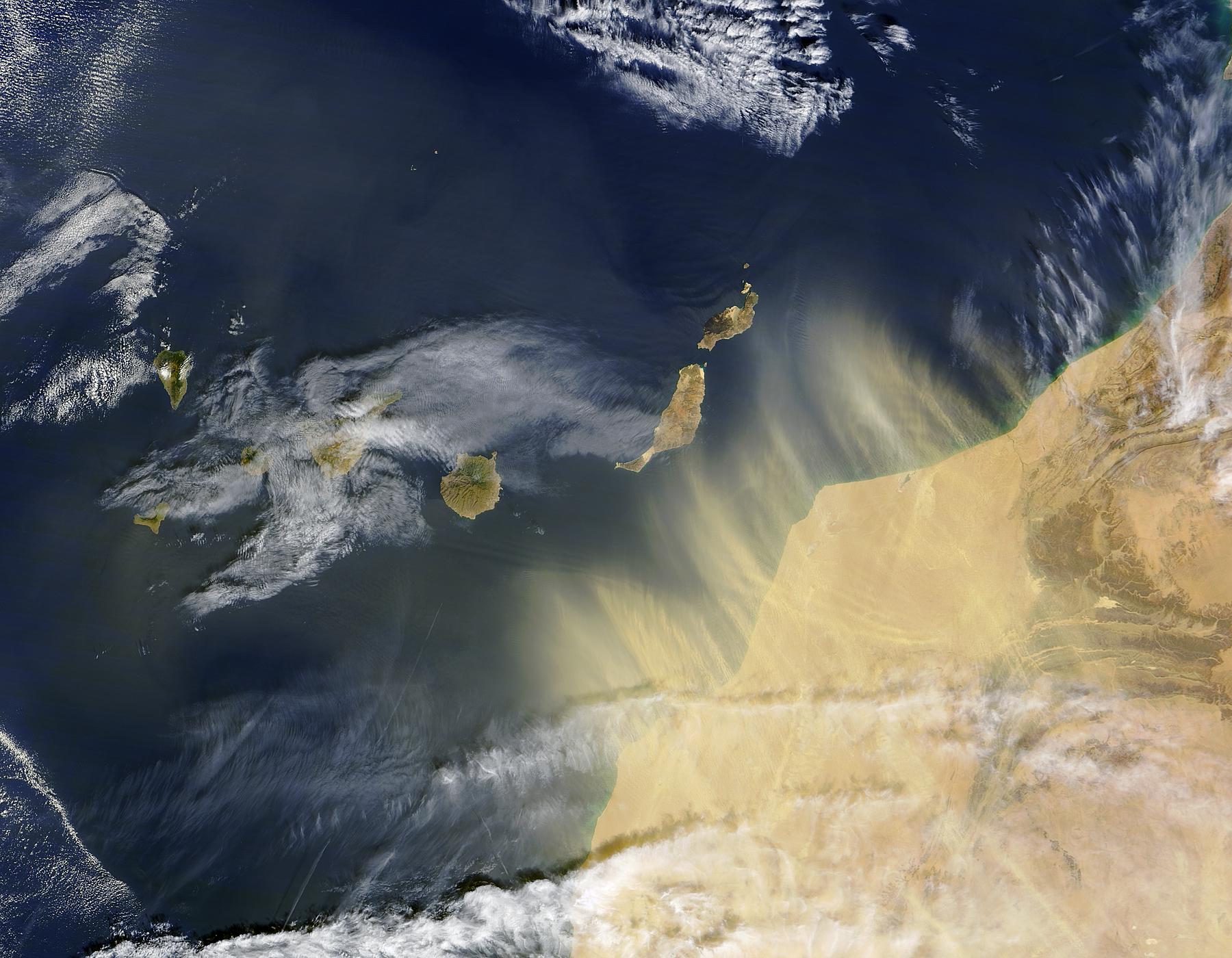 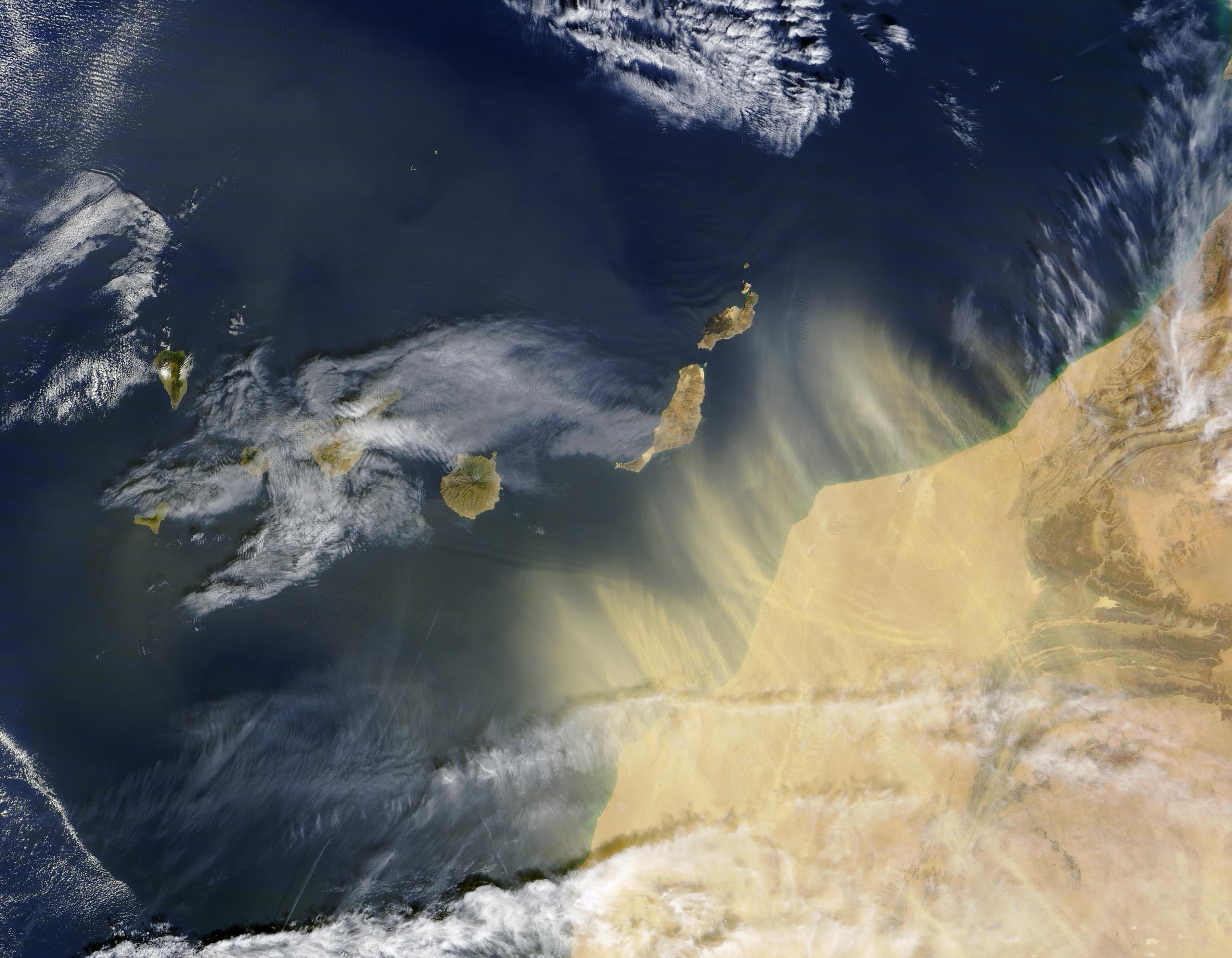 Bright yellow streamers of dust sweep off North Africa’s Moroccan coast toward the Canary Islands in this true-color Terra MODIS image from February 17, 2004. Beneath the dust, the G.Aydat al Jhoucha Mountains are darker shades of brown marching toward the coast. Just off the coast of Lanzarote Island, the northeastern-most of the Canaries, gravity waves caused by the high winds driving the dust storm create dark and light stripes on the water. More gravity waves stretch from Gran Canaria, the round island toward the center of the group, toward the Moroccan coast.