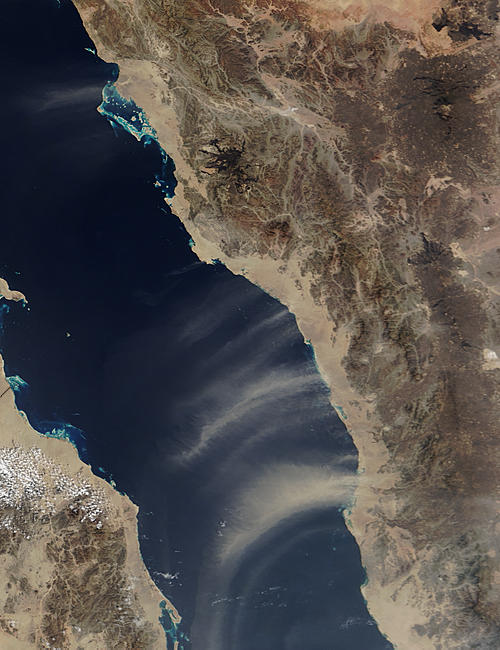 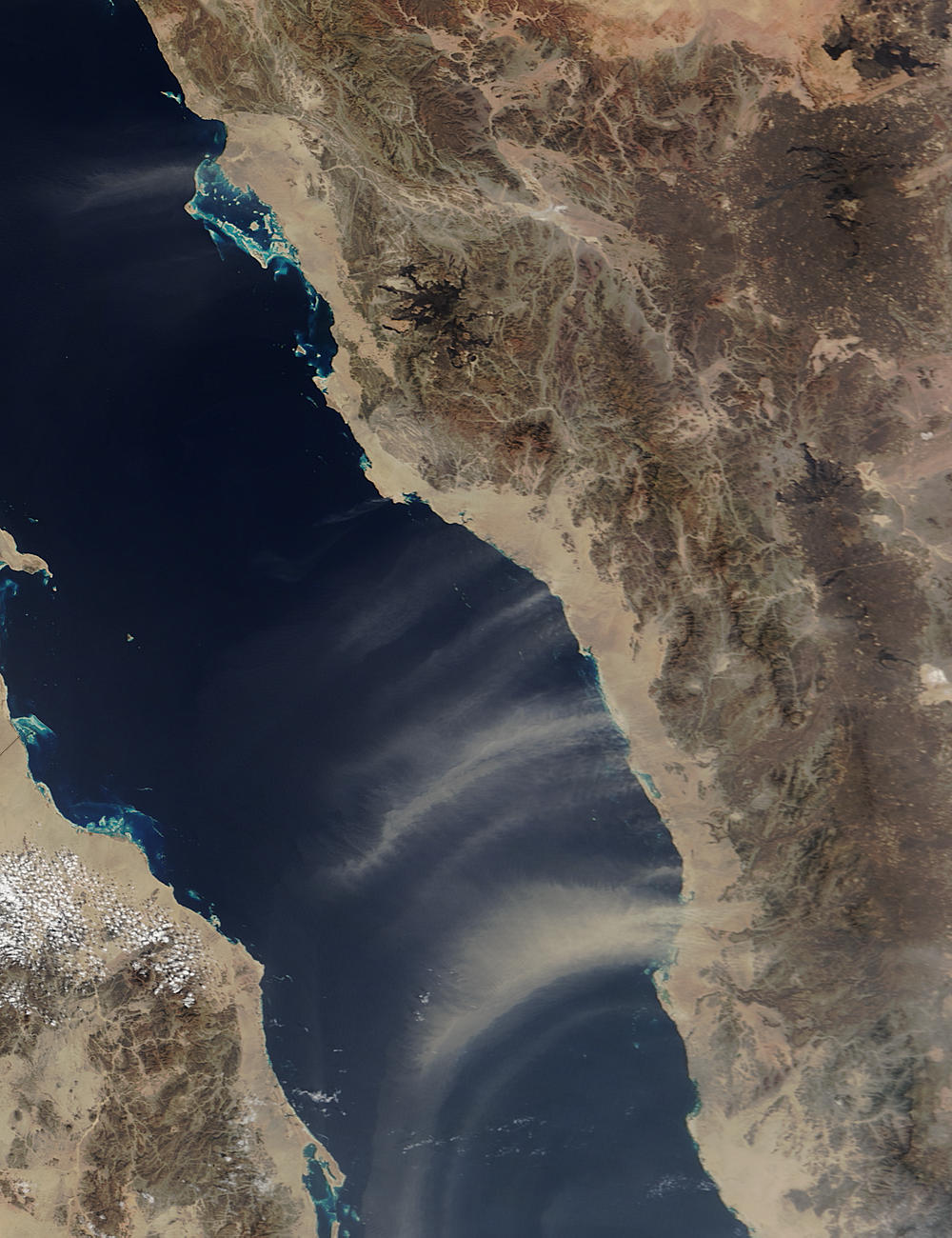 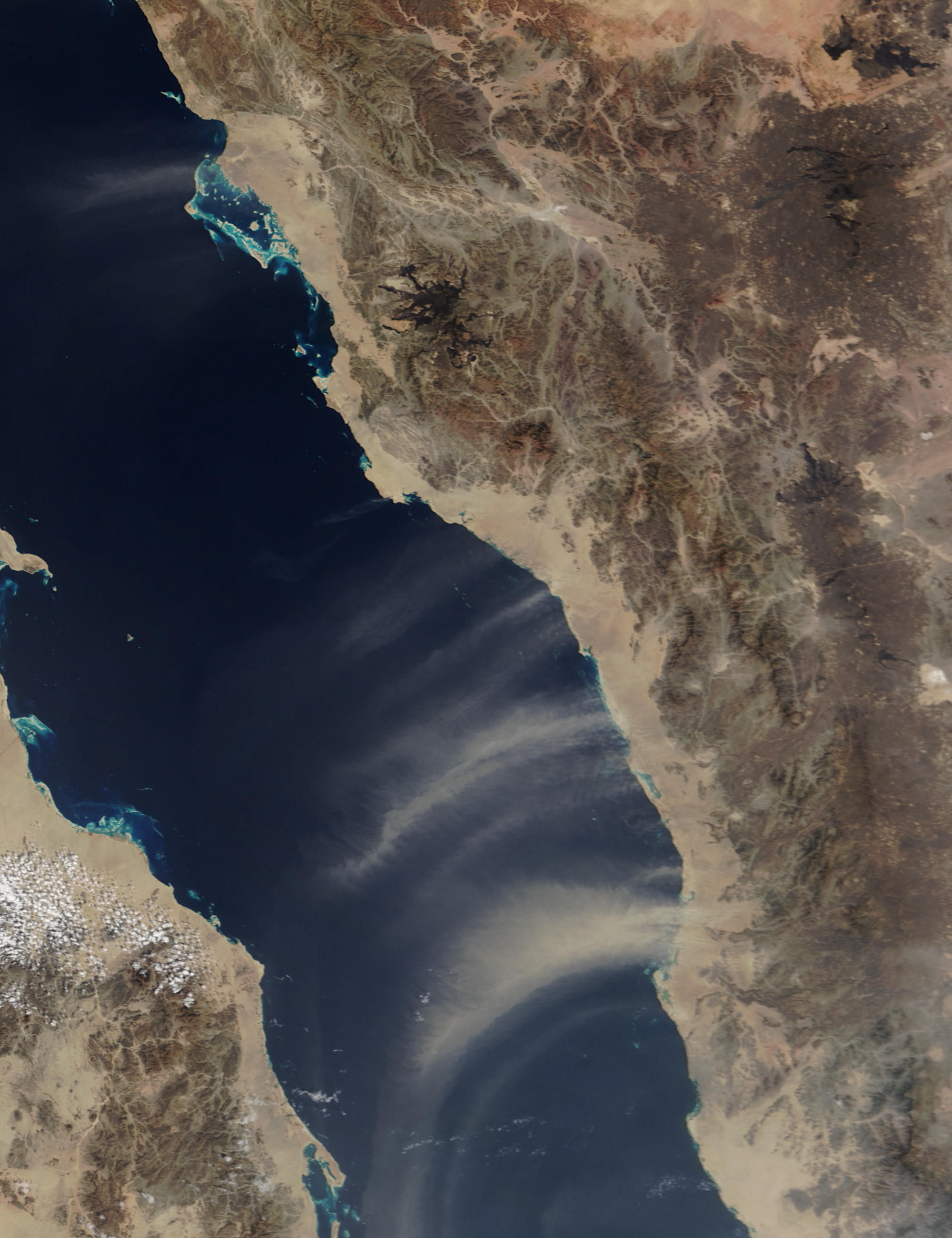 Dust storms over the Red Sea

Arcing plumes of tan-colored dust hang over the blue waters of the Red Sea in this Moderate Resolution Imaging Spectroradiometer (MODIS) image captured on February 8, 2004, by the Terra satellite. The plumes originate on the Arabian Peninsula (image right) and stretch toward northeastern Africa (bottom left). Dust storm activity has been high across a large part of Africa and the Middle East during early February.