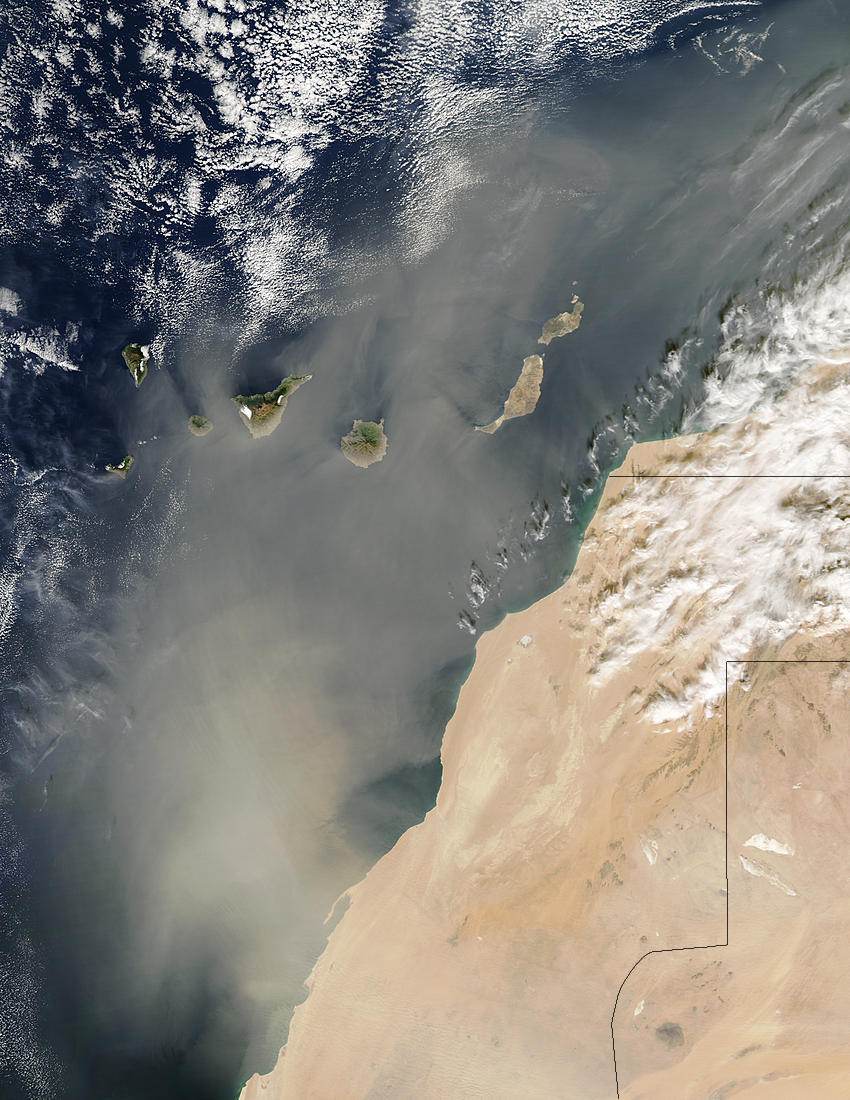 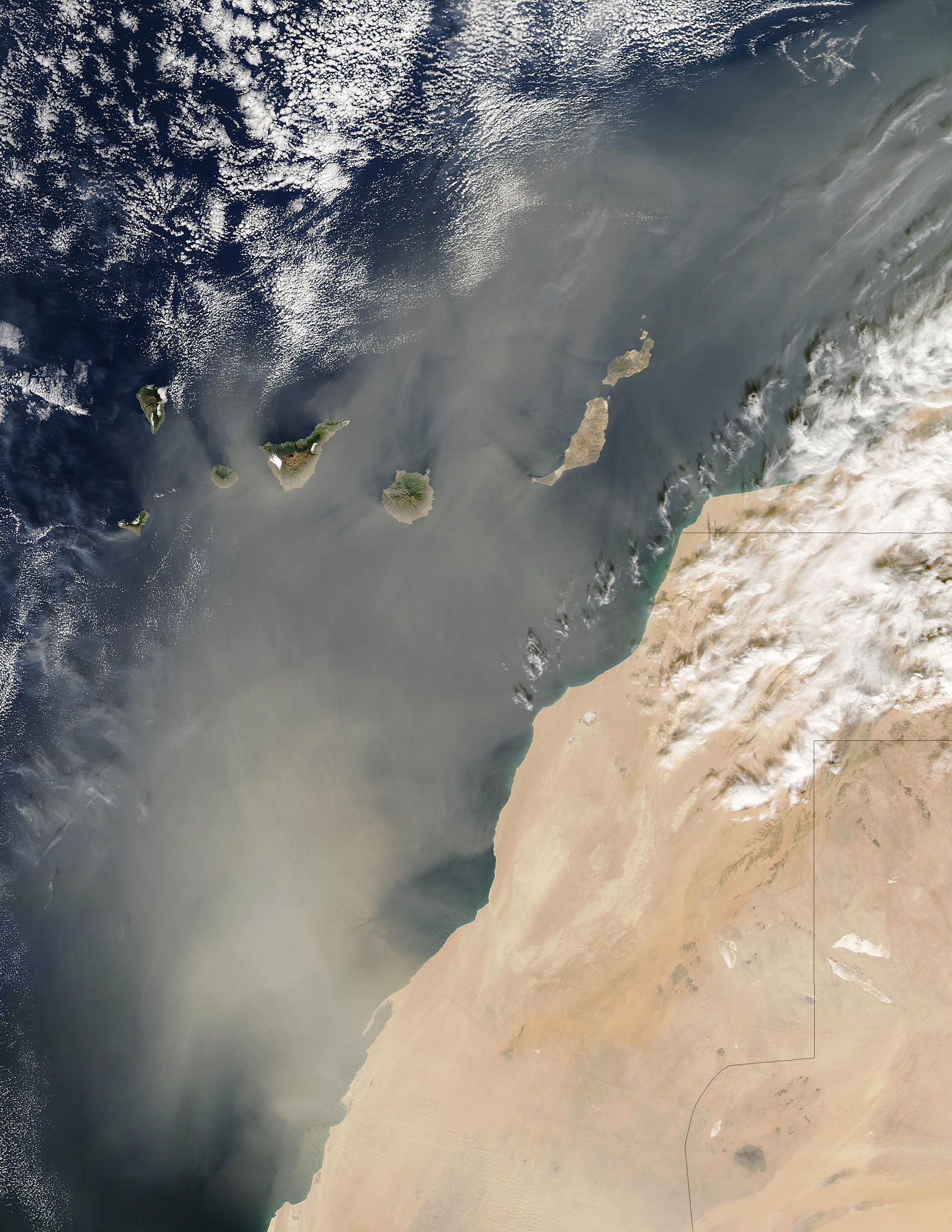 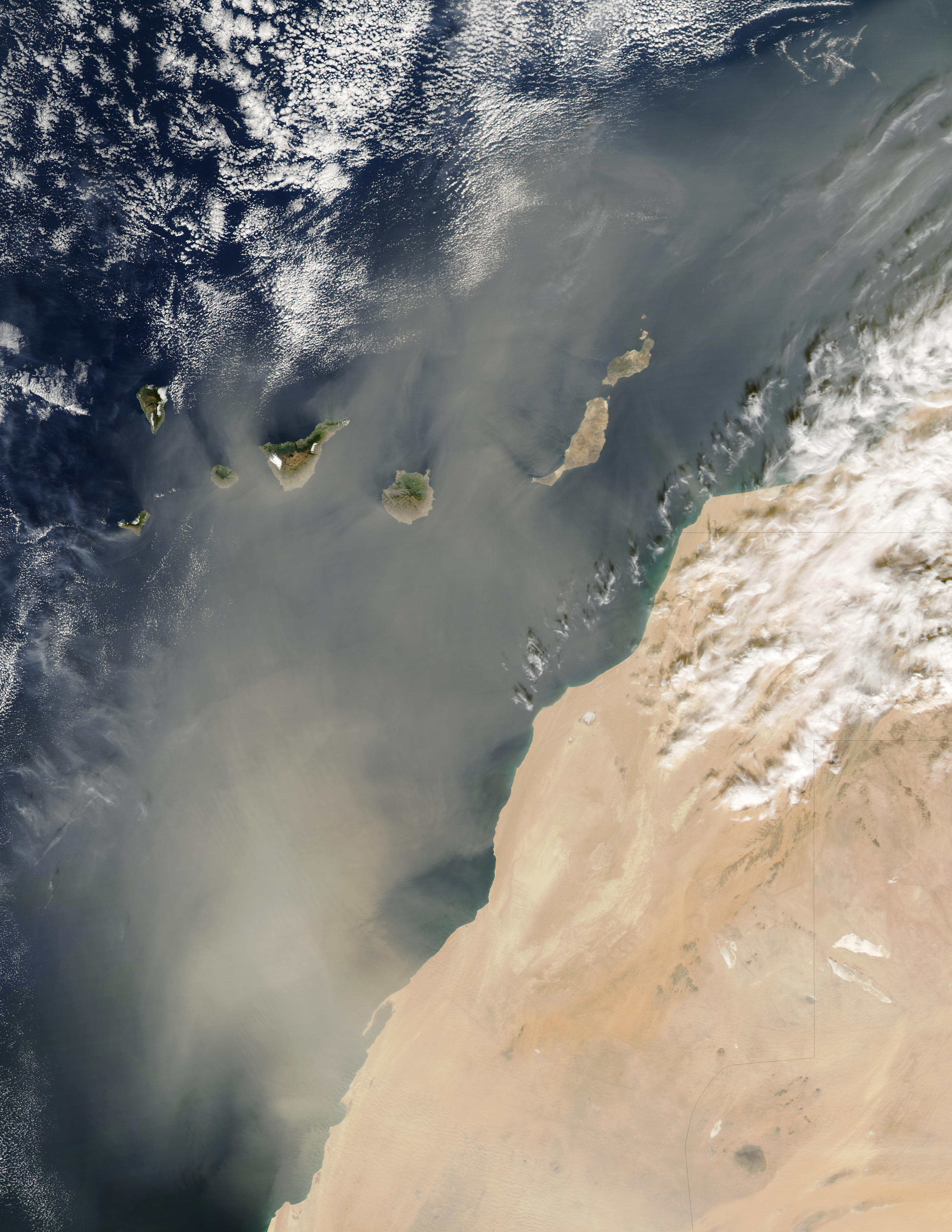 Dust storm over the Canary Islands

Strong wind currents drive a curtain of dust from the Sahara Desert out over the Atlantic Ocean and Canary Islands in this true-color Moderate Resolution Imaging Spectroradiometer (MODIS) image taken by the Aqua satellite on December 12, 2003. Stretching about 300 miles off the coast of Morocco, storms like this one are a fairly common occurrence. Winds off of the western African coast commonly transport dust up into Europe and across the Atlantic into the Caribbean.

The Canary Islands are routinely enveloped in these huge storms, which can cover thousands of square miles. The Islands themselves are part of Spain, and are volcanic in origin. Huge sand dunes can be found on a number of the islands, and can stretch for miles along and back from the shore. Their temperate climate makes the islands a popular tourist destination, and makes crop-growing conditions ideal. And because of their relative proximity to the Caribbean and Americas, they’ve long been valued for their strategic location. Indeed, the islands were contested repeatedly from the Middle Ages through the French Revolutionary Wars, and were frequently raided by pirates and privateers.