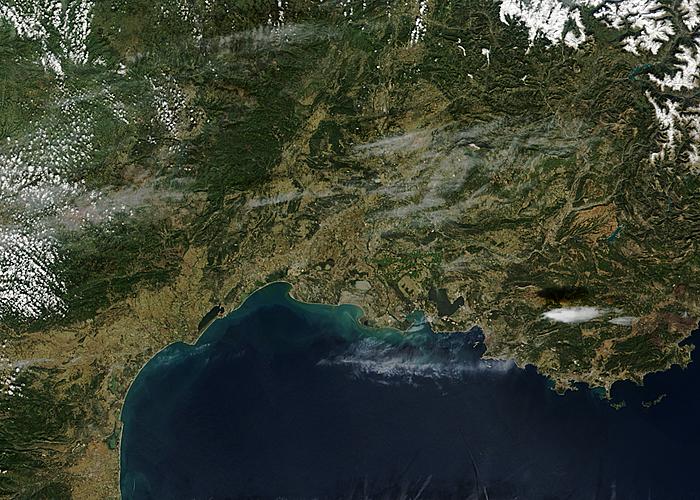 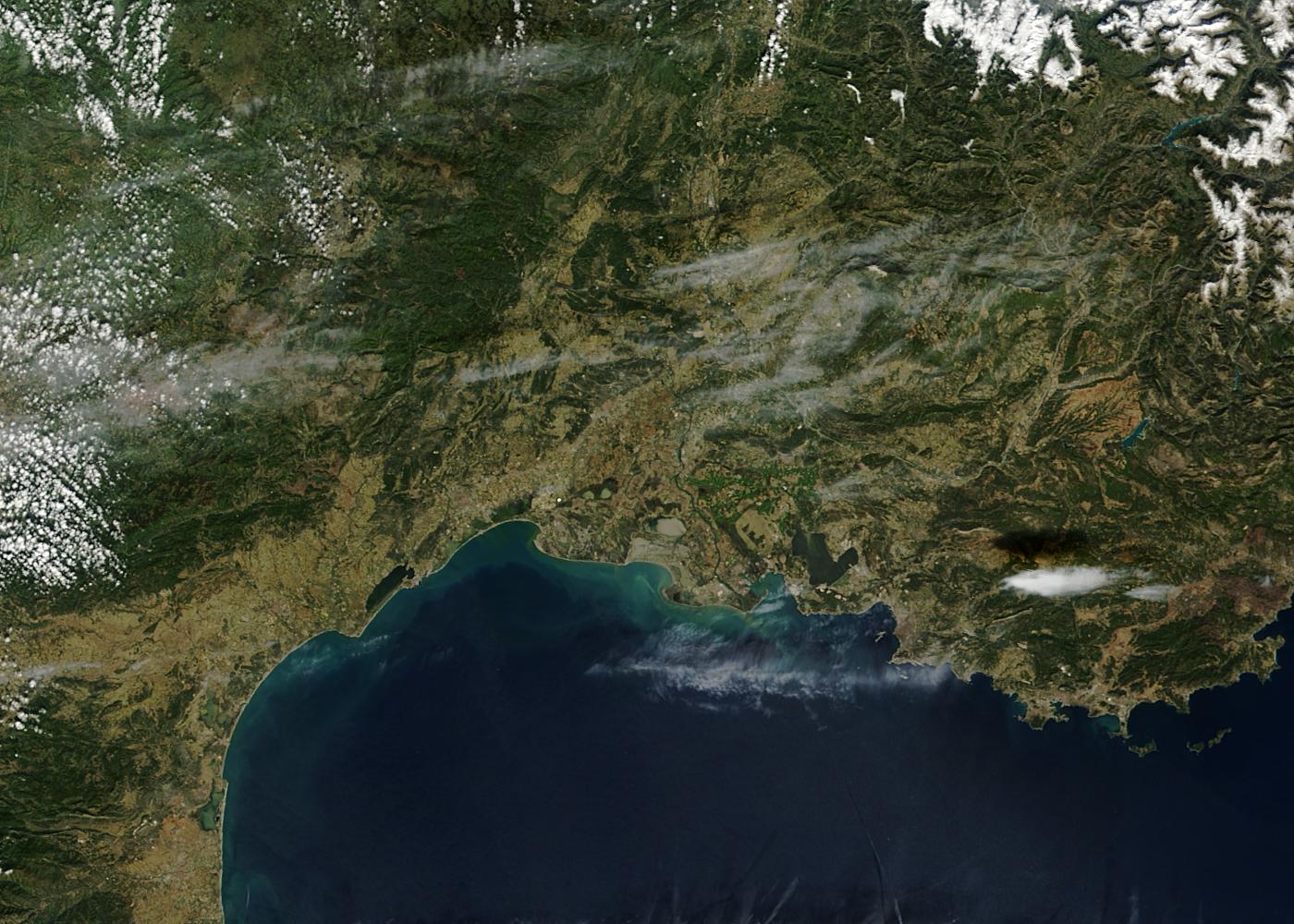 These Moderate Resolution Imaging Spectroradiometer (MODIS) images show the extent of flooding along the southern reaches of the Rhone River in France. Almost constant rain has fallen over the region since early October. Then, torrential rains began on December 1, 2003, pushing the Rhone River to its highest ever recorded volume. Thousands of people fled their homes as the flood waters rose. This is the eighth time the river has flooded in the past eleven years.