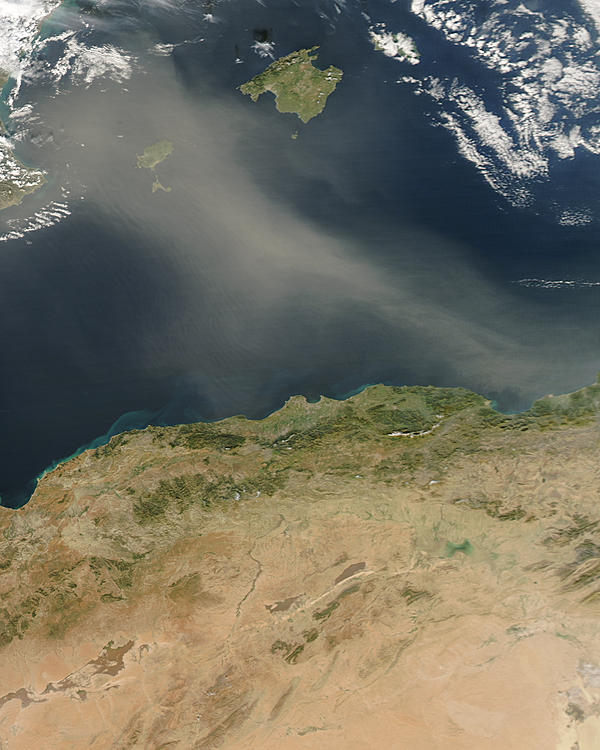 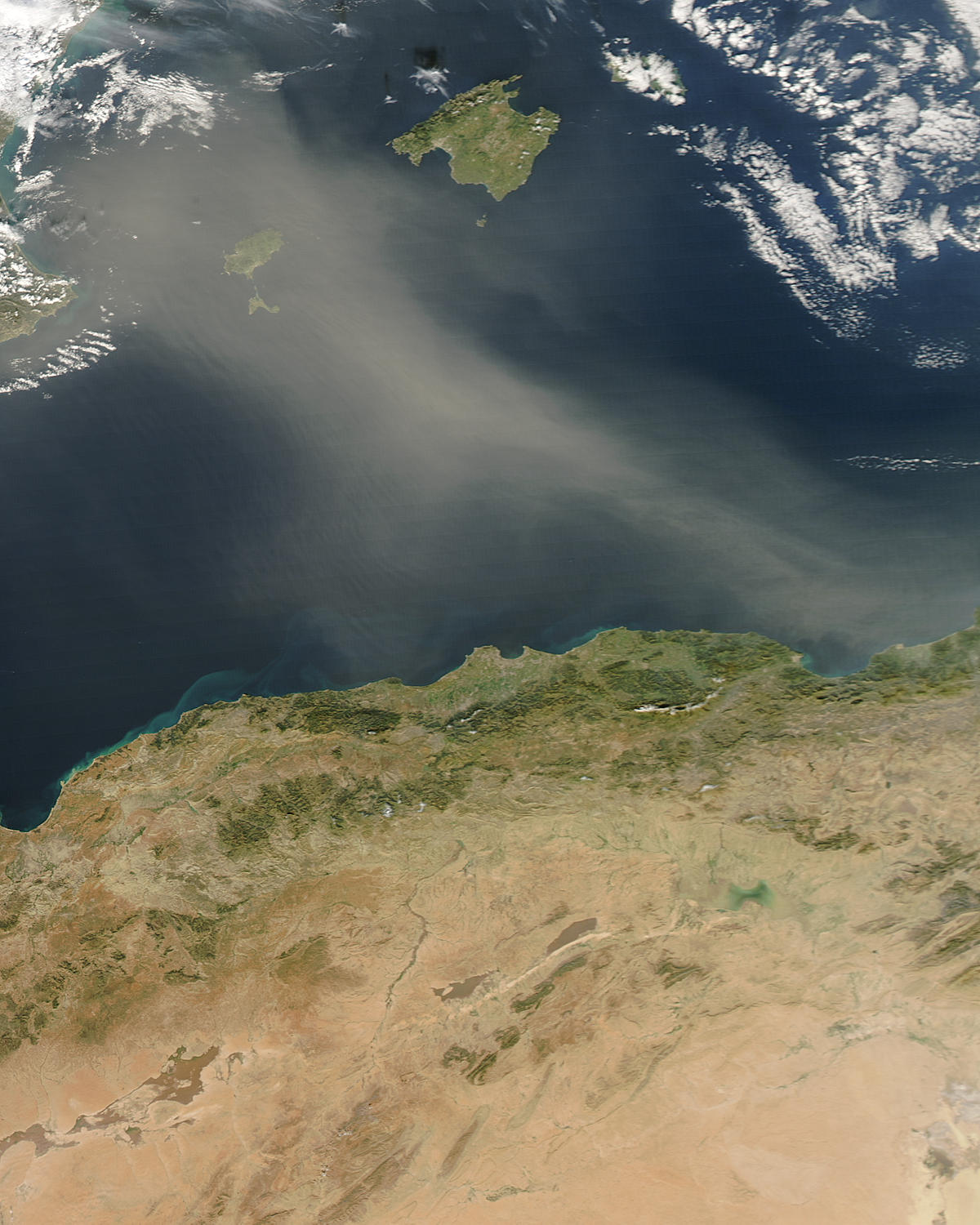 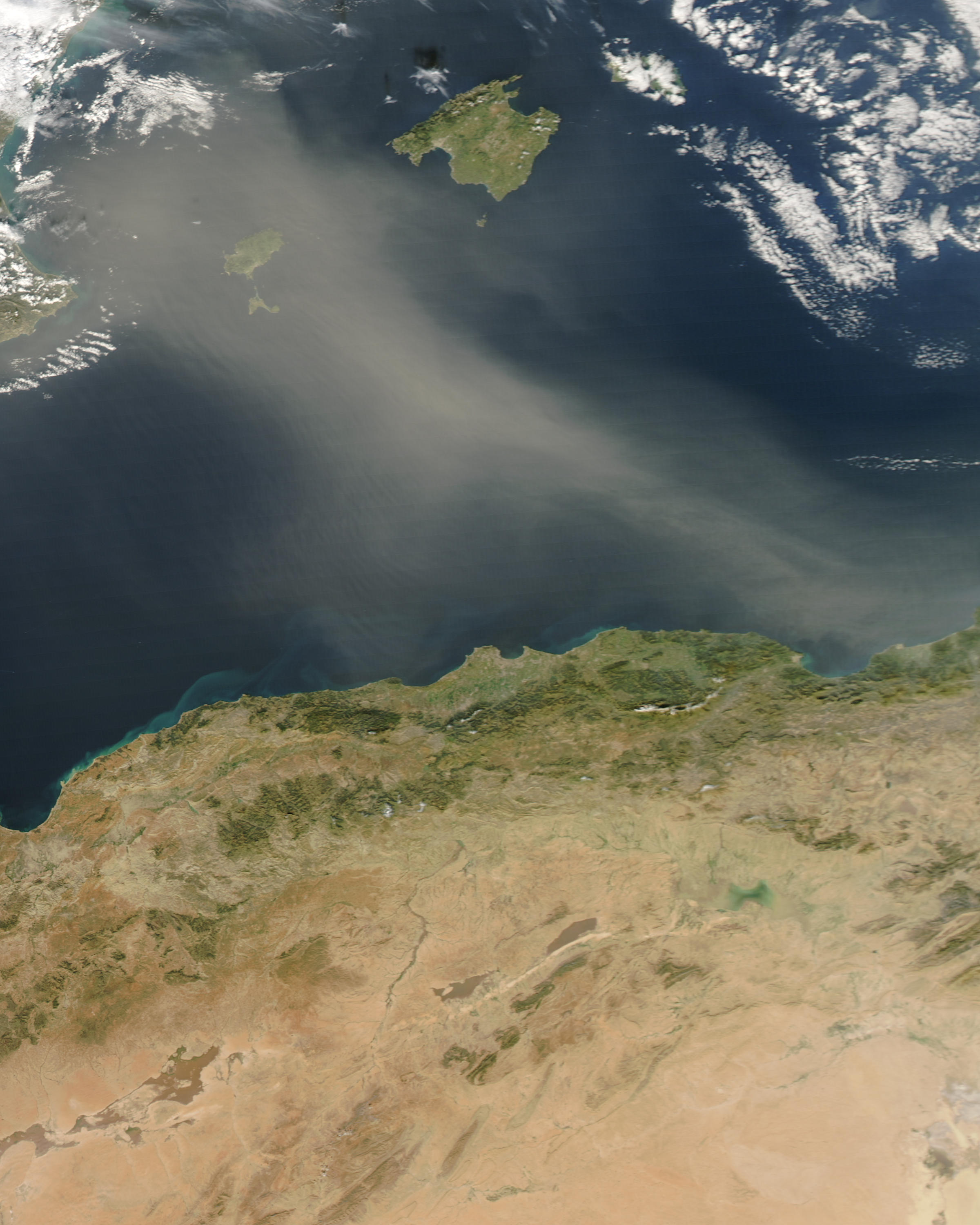 On December 6, 2003, a wide plume of dust blew over North Africa and northwestward over the Mediterranean Sea. Tracking dust storms is important for a variety of reasons. Dust injects nutrients, such as iron, into marine ecosystems. Dust also carries bacteria and spores from fungi, which can cause disease far away. Dust storms can cause or worsen breathing problems. Finally, dust in the atmosphere can also influence climate and weather. Numerous dust storms carry Saharan dust across the Atlantic Ocean all the way to the Southeast United States and parts of Central and South America. This true-color Moderate Resolution Imaging Spectroradiometer (MODIS) image was captured by the Aqua satellite.