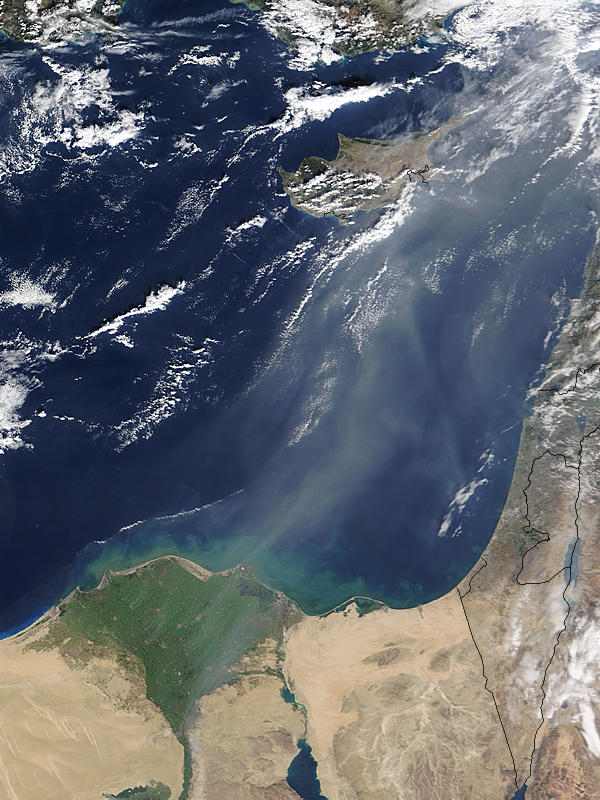 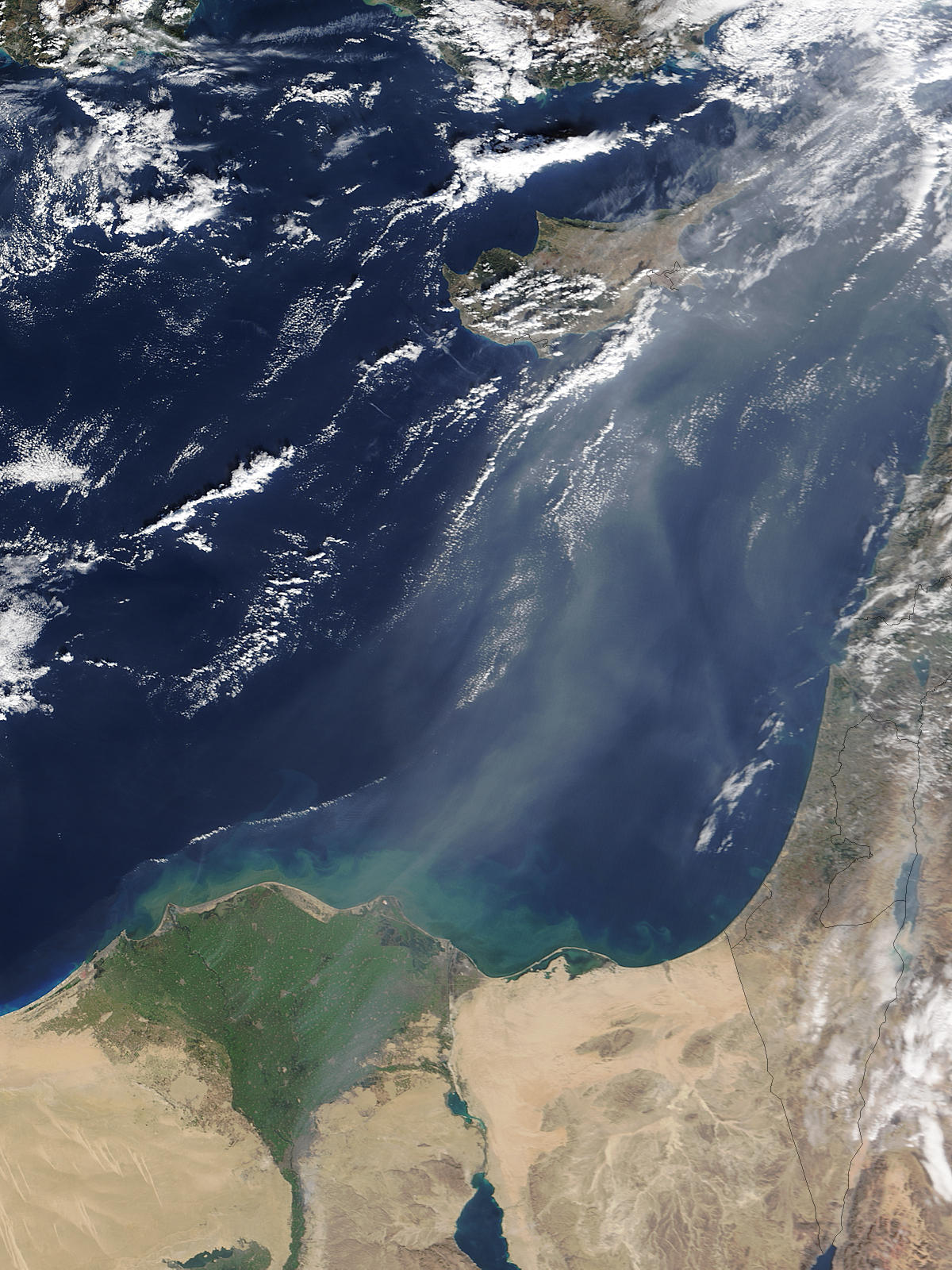 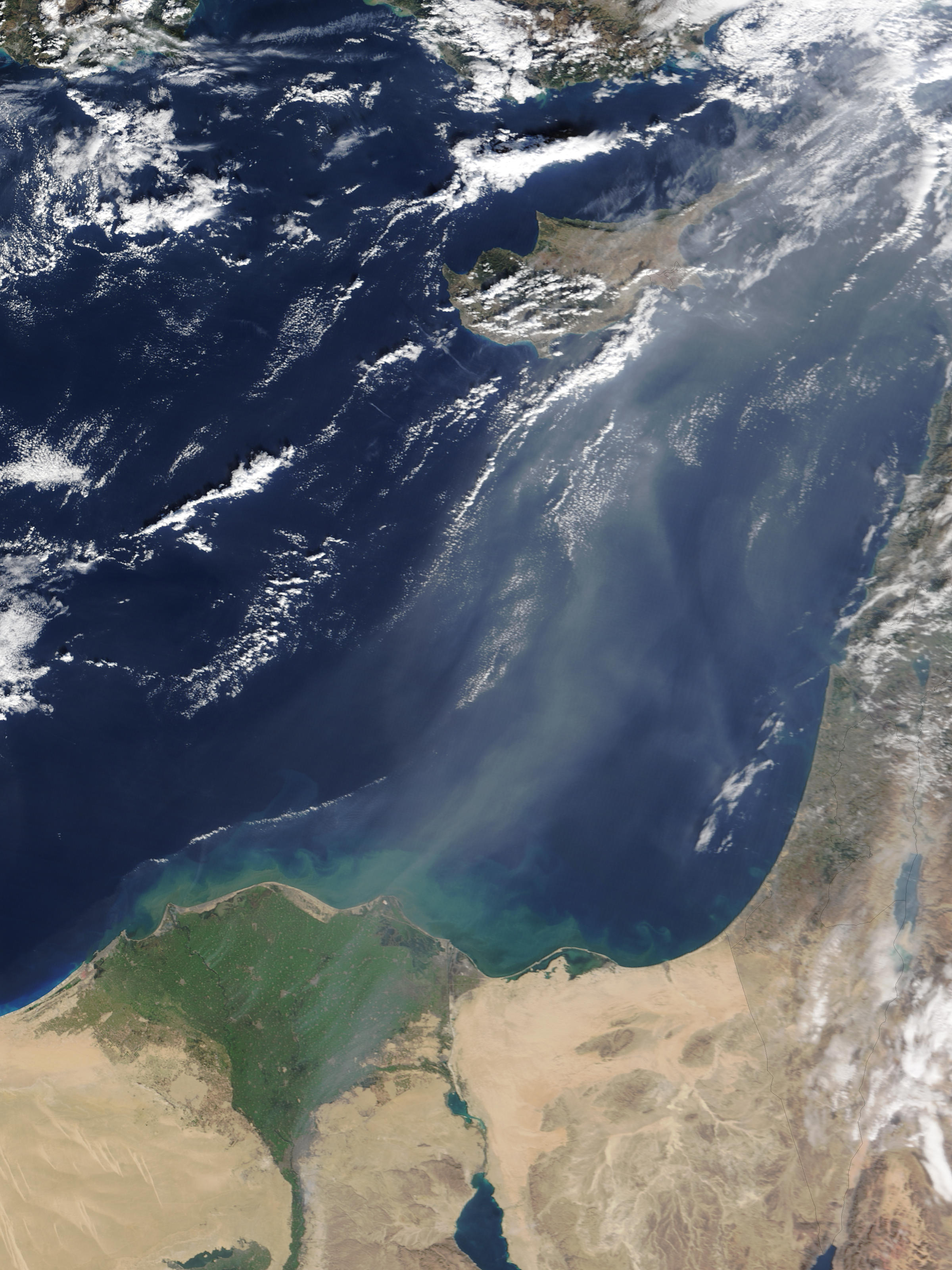 Smoke across the eastern Mediterranean Sea

Underneath a thin veil of smoke, Egypt’s Nile River delta glows with varied verdant shades, testimony to its year-long growing season. Up to three crops can be grown at a time on the country’s scarce farmland, which receives enriching silt deposits from annual Nile flooding. Nearly half of Egypt’s population is involved in raising the principle crops of cotton, rice, corn, and wheat. The smoke in this image is likely to have come from agricultural fires. The highest resolution of this image reveals individual smoke plumes streaming from many points in the delta.

Just off the coast, blue-green clouds of silt and microscopic plants float in the deep blue waters of the Mediterranean. Winds carry the smoke out over the Sea toward Cyprus and Turkey, mostly bypassing Israel. Small portions of Lebanon and Saudi Arabia are visible on the right and bottom-right edges of the image. This true-color Moderate Resolution Imaging Spectroradiometer (MODIS) image was acquired on December 9, 2003 by the Terra satellite.