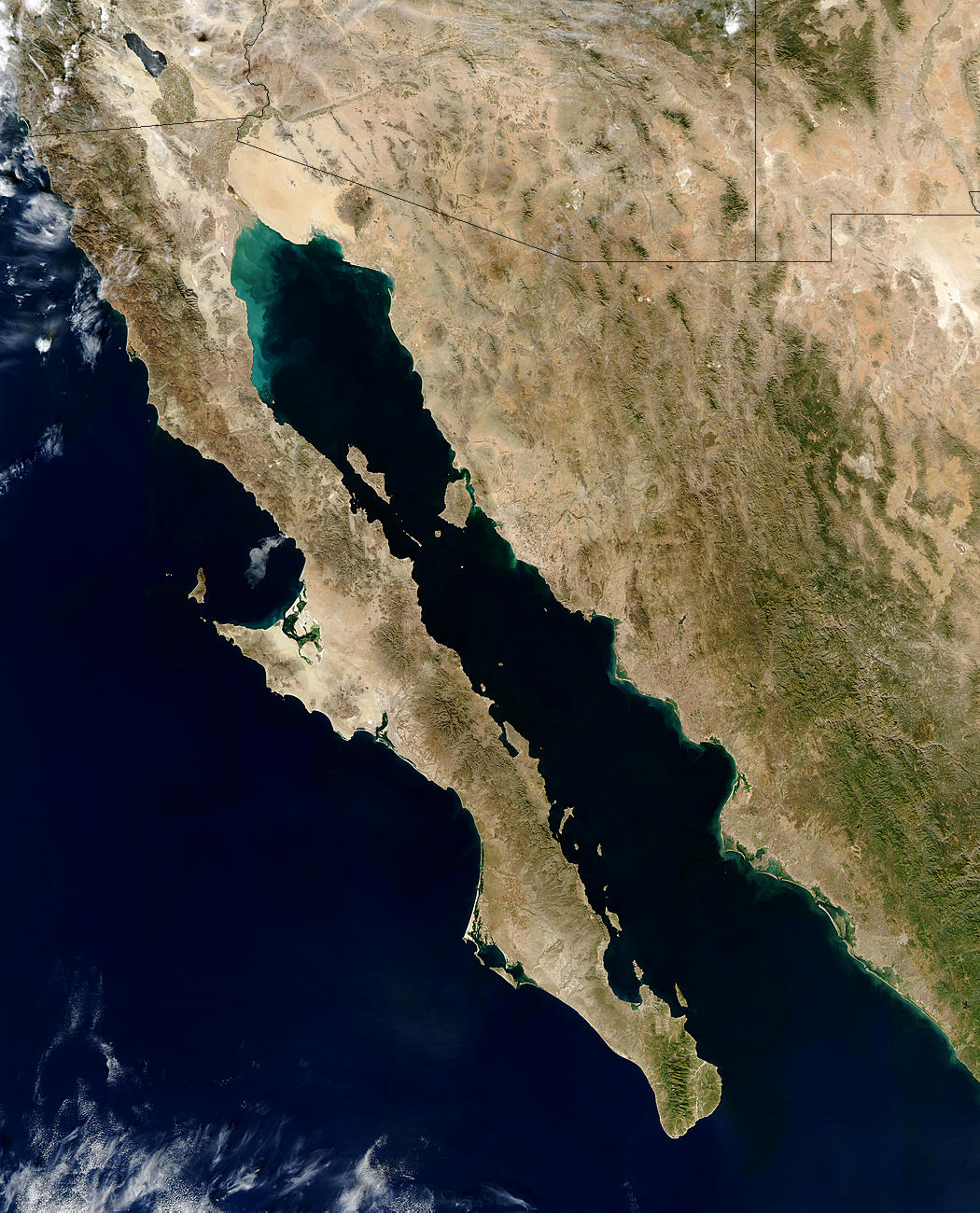 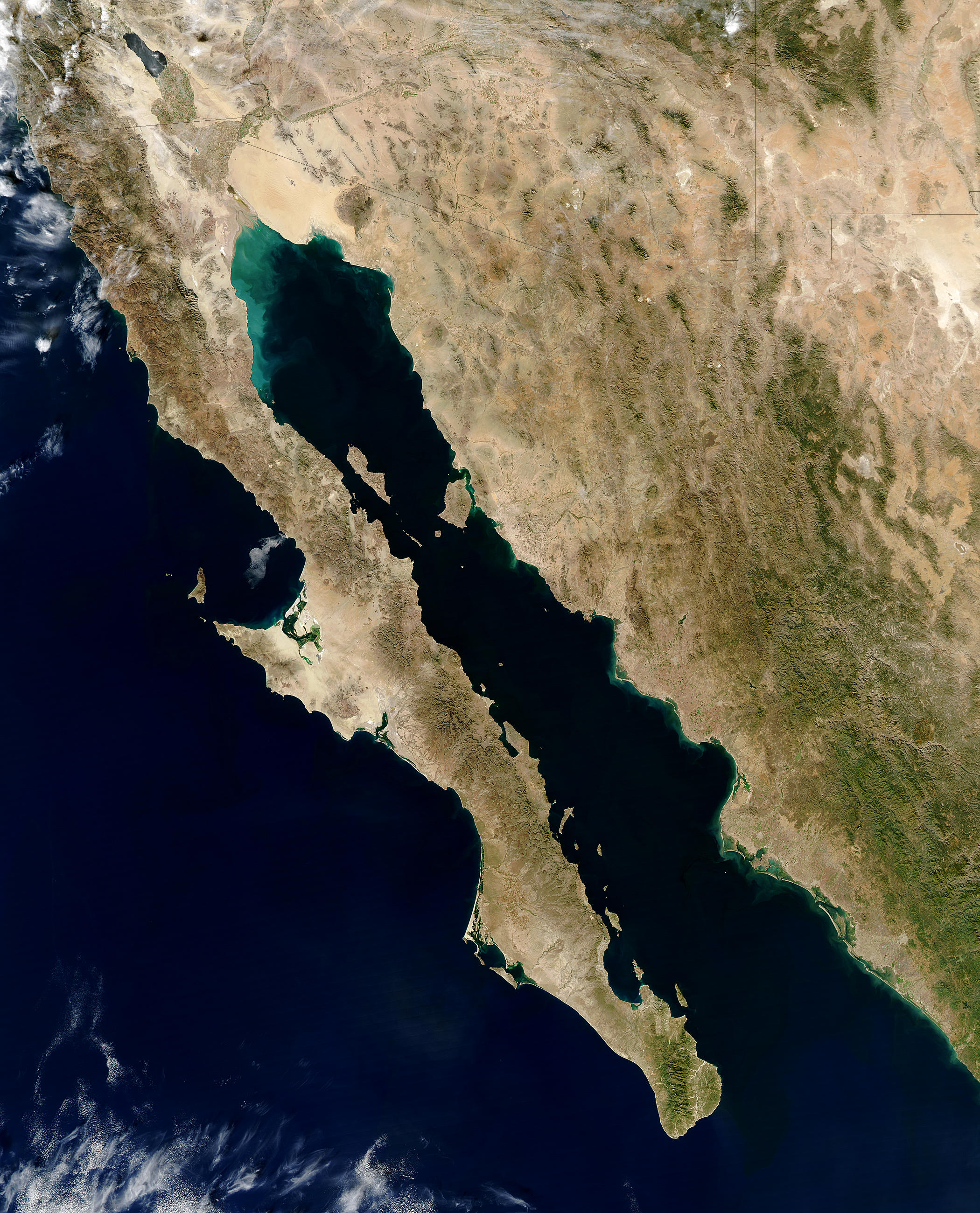 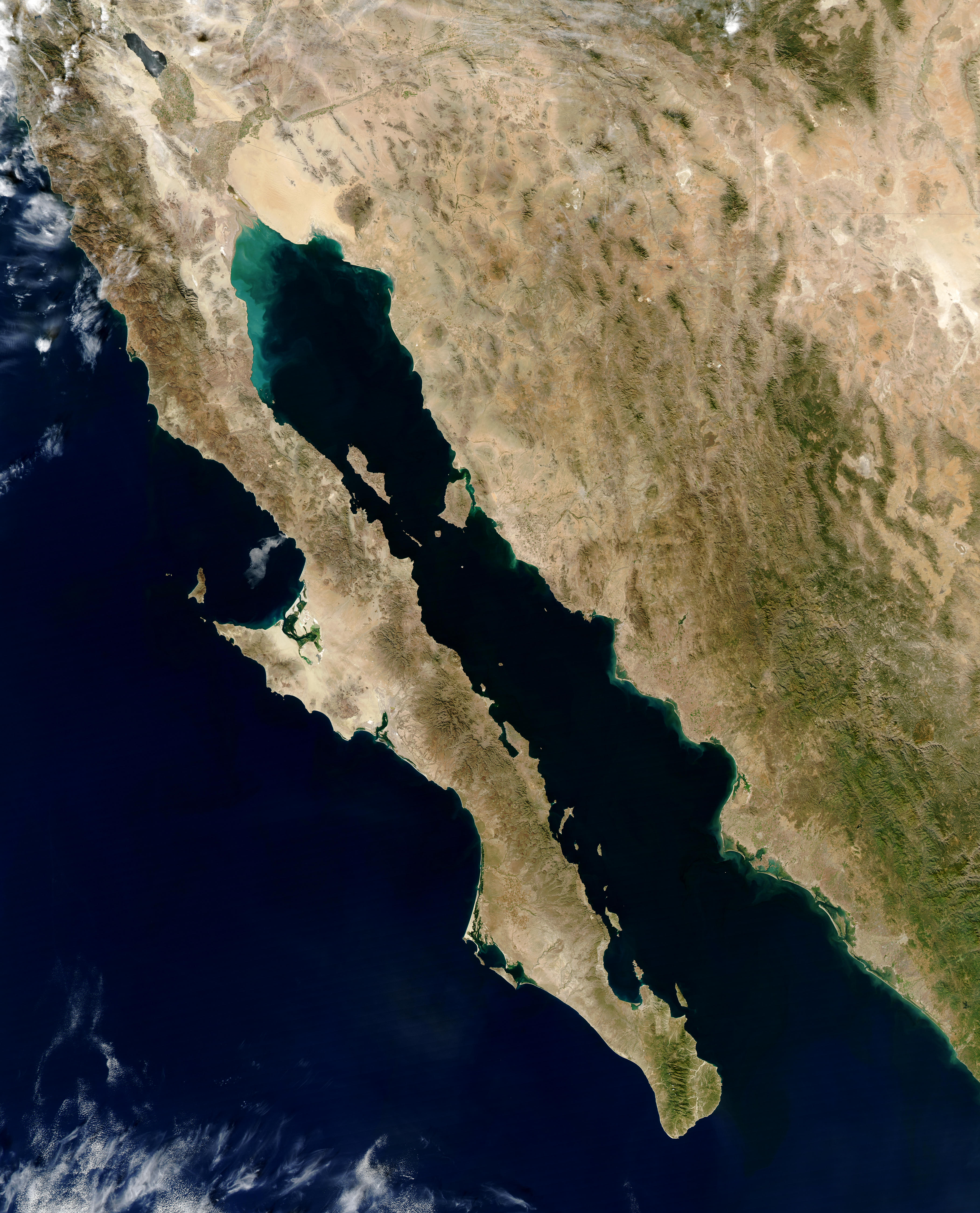 Baja California is the central focus of this true-color Moderate Resolution Imaging Spectroradiometer (MODIS) image taken on November 30, 2003, by the Aqua satellite. The peninsula is about 93 miles wide and extends 808 miles from the Mexico-US border to its southern tip.

This sparsely populated region is covered primarily by mountains and deserts. Two major deserts are visible as lighter tan areas in this image. On the northeast side of the peninsula is the San Felipe desert, and in the central western section is Vizcaino. Three mountain ranges run down the center of Baja California, splitting it vertically. The Sierra de Juarez starts near the border and runs south into the Sierra San Pedro Martir. Farther south is the Sierra de San Borja. The spur on the west side of the peninsula contains the fourth mountain range in Baja California: the Sierra Vizcaine.