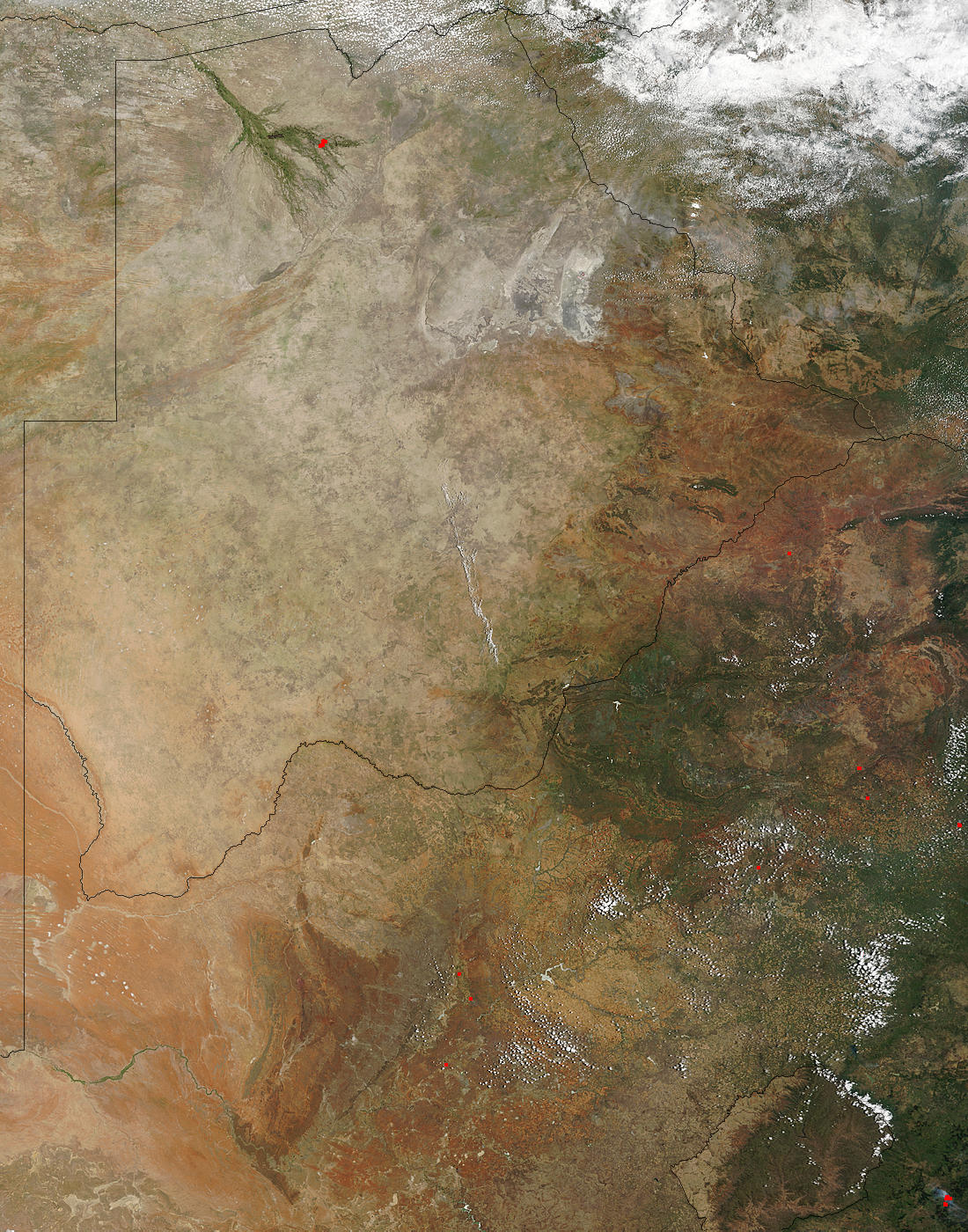 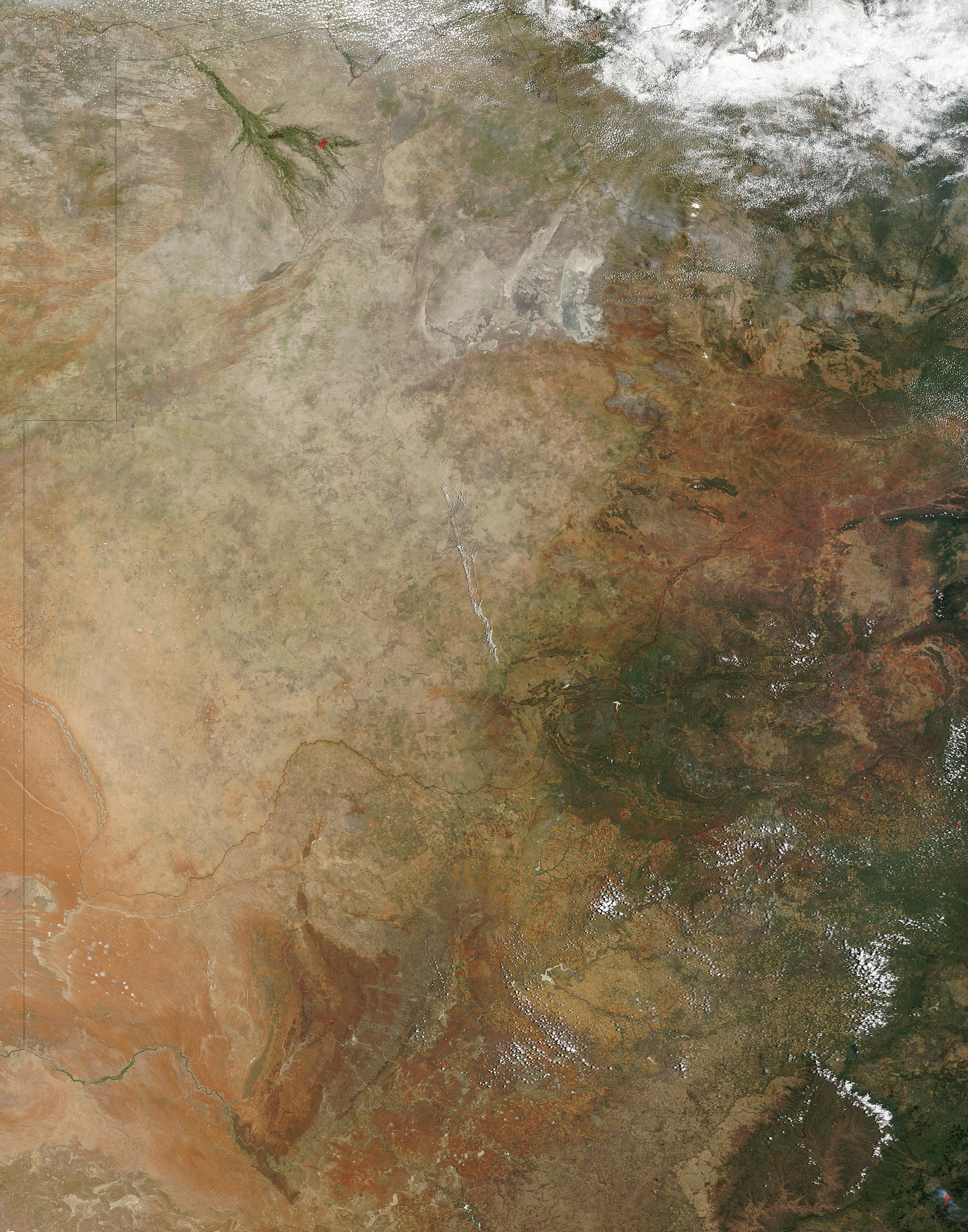 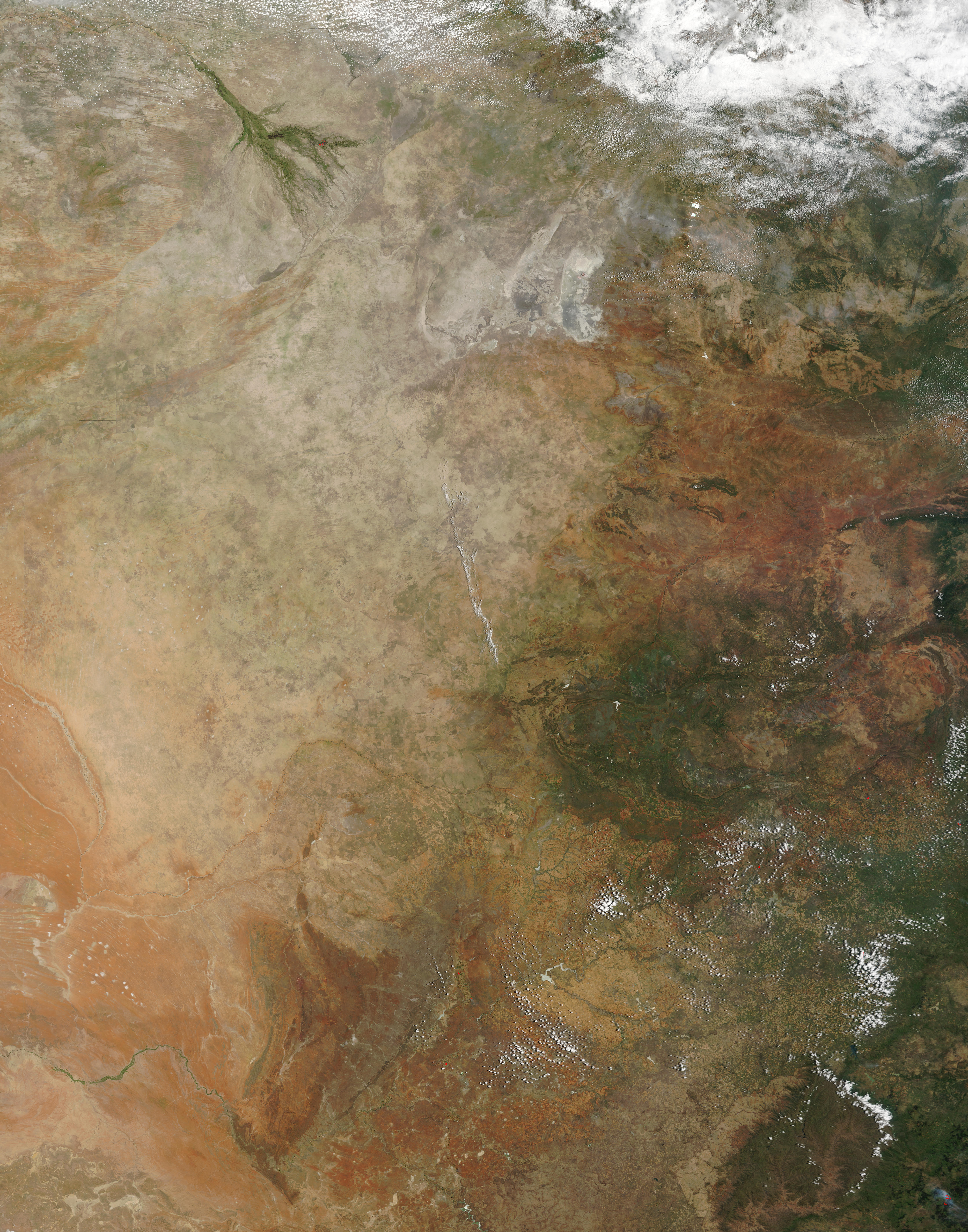 Botswana, located in central southern Africa, is a land rich in natural resources. Diamonds, platinum, gold, coal, iron ore, silver, copper, nickel, salt, soda ash, and potash are all mined there and form the backbone of the country’s economy. But while the land holds great mineral wealth, it isn’t suited to agriculture, as this true-color Moderate Resolution Imaging Spectroradiometer (MODIS) image shows. The country is on a mostly semiarid plateau; droughts are common, despite a subtropical climate.

In the northwestern corner of the country, the Okavango River widens into a huge delta that feeds substantial marshland. MODIS detected a couple of fires in the Delta; they are marked in red. Southeast of the Delta are the vast Makgadikgadi salt flats; they are white and gray against the tan plateau and reddish hills. In the southwestern corner of the country, the Kalahari Desert stretches for hundreds of miles.

Compared to the relatively barren Botswna, South Africa (south and east of Botswana), blooms in a riot of earthy summer colors. The Ghaap Plateau and Asbestos Mountains are a striking orange-red color bordering the Orange River (lower left corner), while the lands around Johannesburg and Pretoria (middle right) show the lush verdant color of vegetation. In northeastern South Africa, the land shows in a range of purples, corals, and greens. Small fires are scattered throughout this portion of the image, some of which show visible smoke-plumes. This image was taken on December 1, 2003 by the Terra satellite.