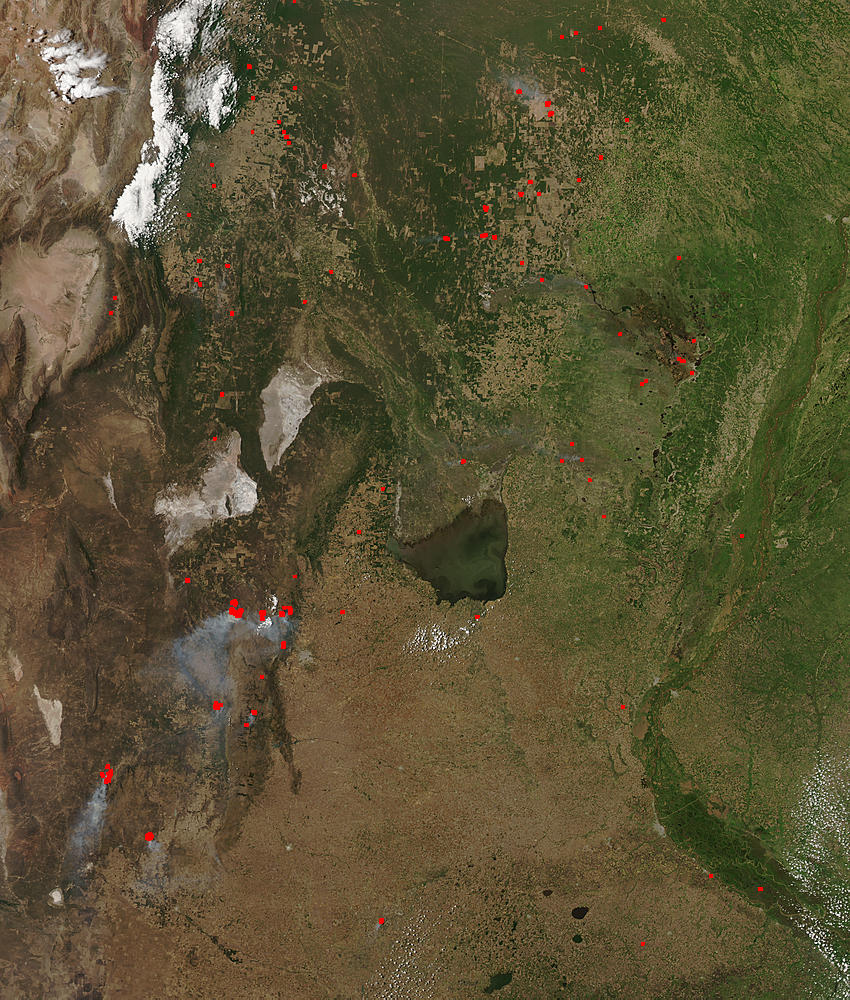 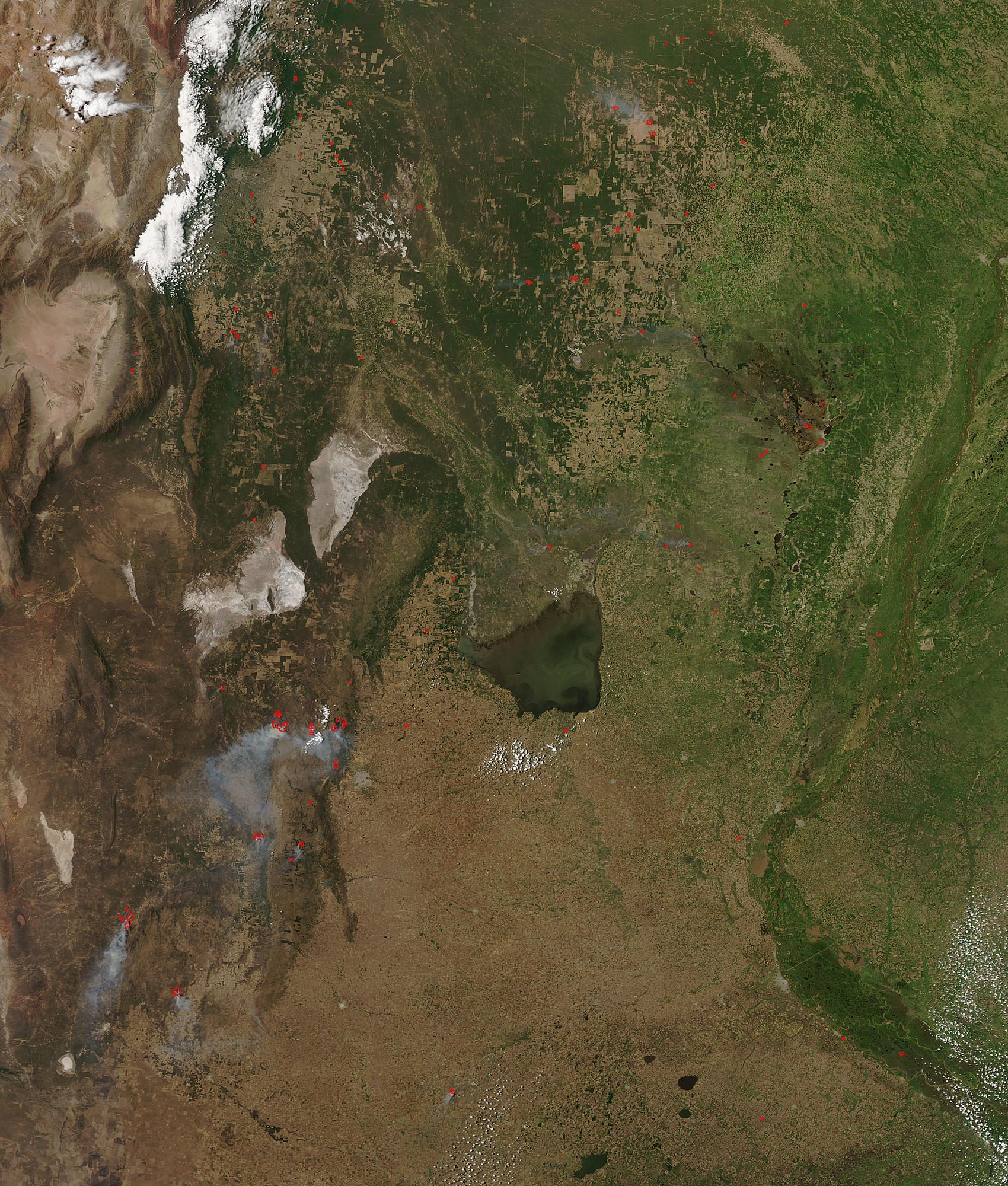 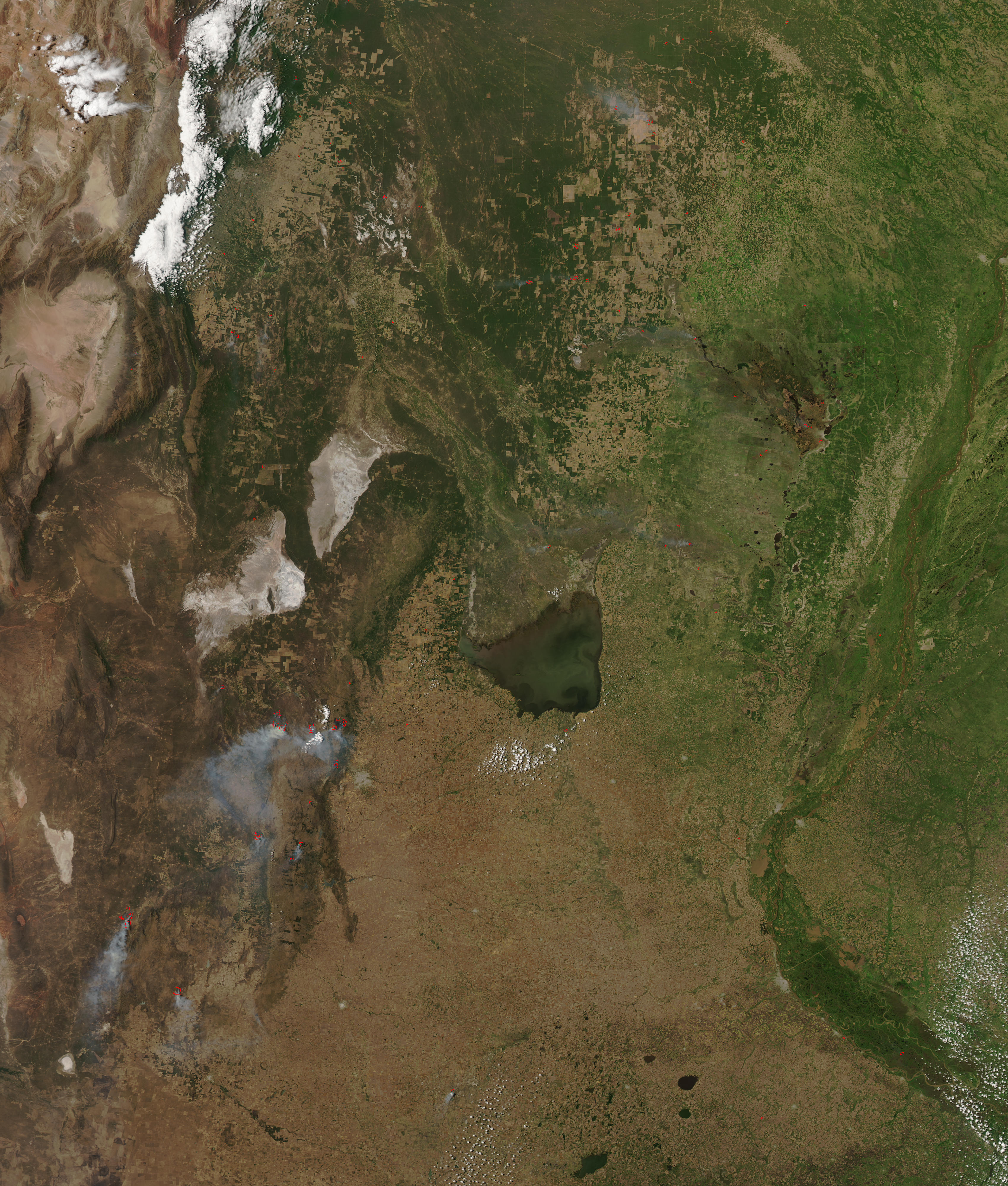 Clusters of fires, marked with red dots, burn in northern Argentina in this Moderate Resolution Imaging Spectroradiometer (MODIS) image taken by the Aqua satellite on November 13, 2003. The largest fires, located in the brown peaks of the Sierras de Cordoba southeast of Laguna Mar Chiquita, are sending white plumes of smoke to the south. The smaller fires to the north were probably deliberately set to clear land for farming. Tan boxes inside the dark green sub-tropical forests in the north show where the land has already been cleared.

The image shows three of Argentina’s four major climatic regions. Just visible on the right edge of the image is the arid region along the shadowed side of the Andes Mountains. Subtropical forests appear dark green on the top center of the image. The lighter green lowlands on the left are fertile plains and marshlands. In the south are the “Pampas,” a mix of humid and dry grasslands used for grazing. The fourth climatic region, Patagonia, is not visible in this image. It is made up of high prairies and glaciers along the southern tip of South America.