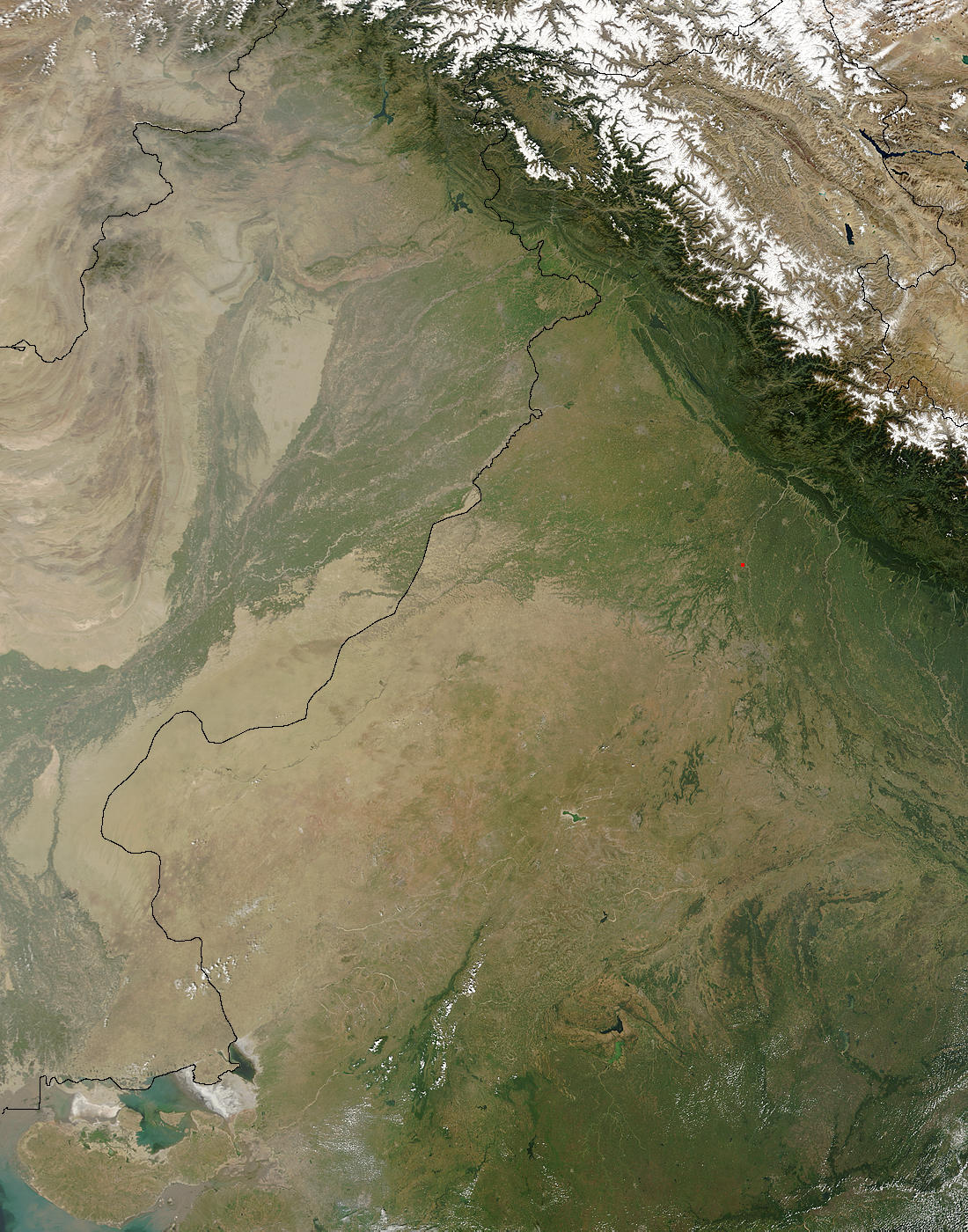 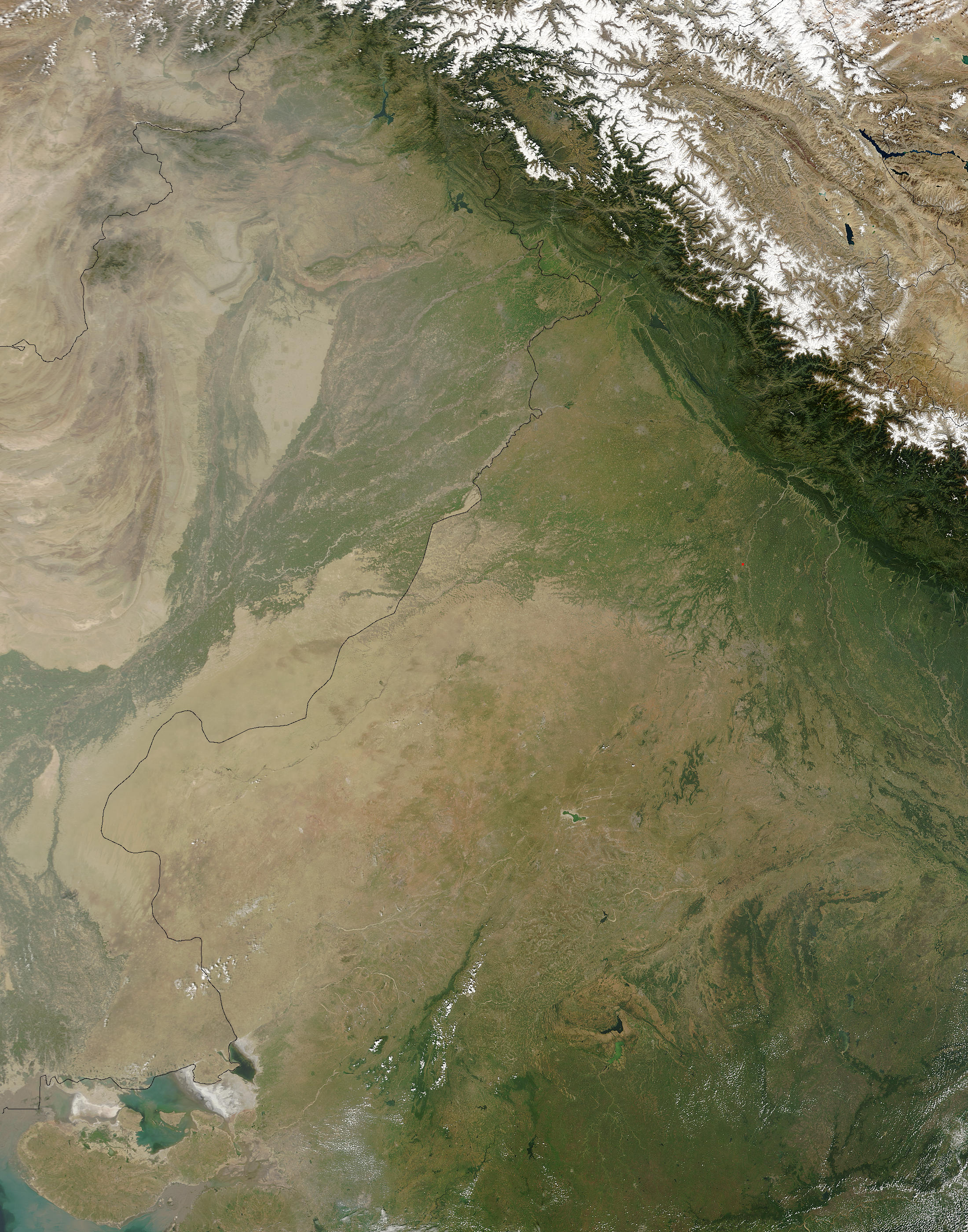 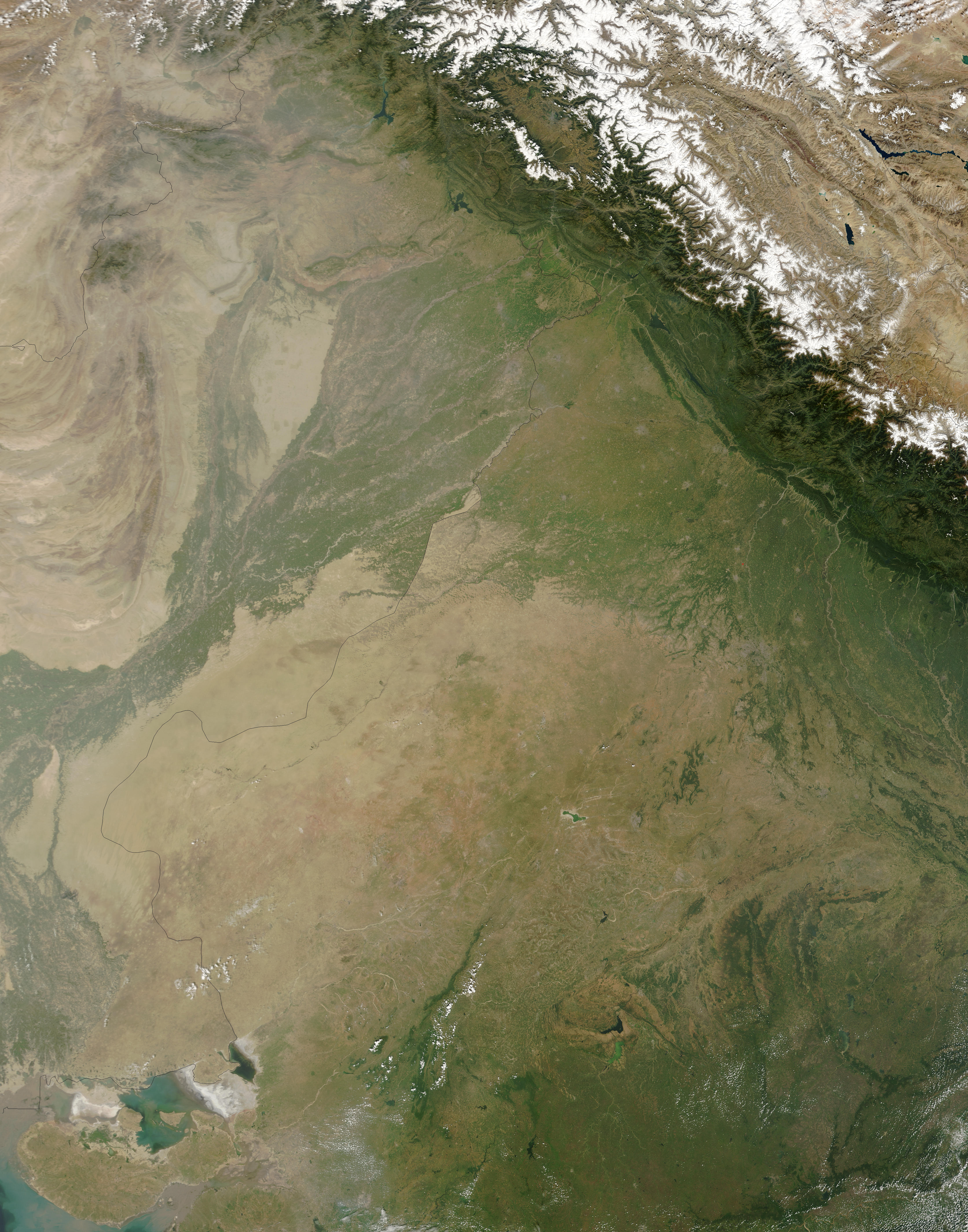 The Thar Desert, also known as the Great Indian Desert (lower left), straddles the border between northwestern India and eastern Pakistan. This desert supports a largely pastoral economy, since not much grows in the broken rocks and sand dunes but scrub vegetation. Bordered on the west by the deep green Indus and Sutlej river valleys and the thin bright green Aravalli Range to the southeast, the region is remote and sparsely populated. In this image, a thin veil of dust gently blurs the features of the land.

Beyond the edges of the desert, much of India remains covered in shades of green vegetation. The southern- and western-faces of the Himalayas are particularly verdant, in distinct contrast to the northern and eastern faces, which are starkly tan and capped with snow. This transition between vegetation and barren soil marks the edges of the Plateau of Tibet, which averages an astonishing 5,000 to 6,000 meters (16,404 to 19,686 feet) above sea level.

Finally, in the bottom left corner, pools of green, blue, and brown water along the Pakistan-India border are the slowly-evaporating remains of the annual flooding of the Rann of Kutch. This true-color Terra Moderate Resolution Imaging Spectroradiometer (MODIS) image was acquired on October 1, 2003.