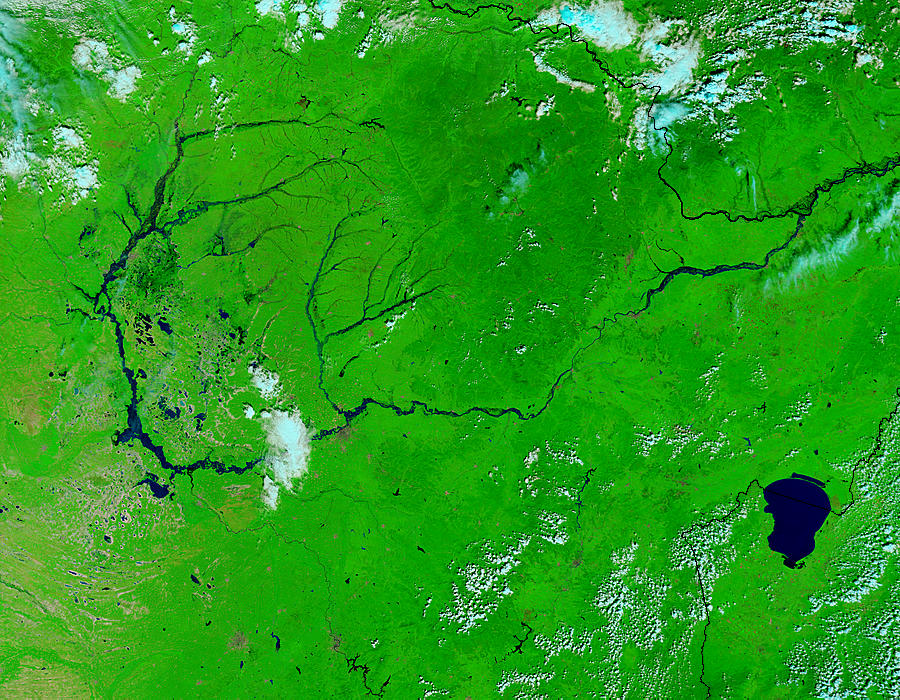 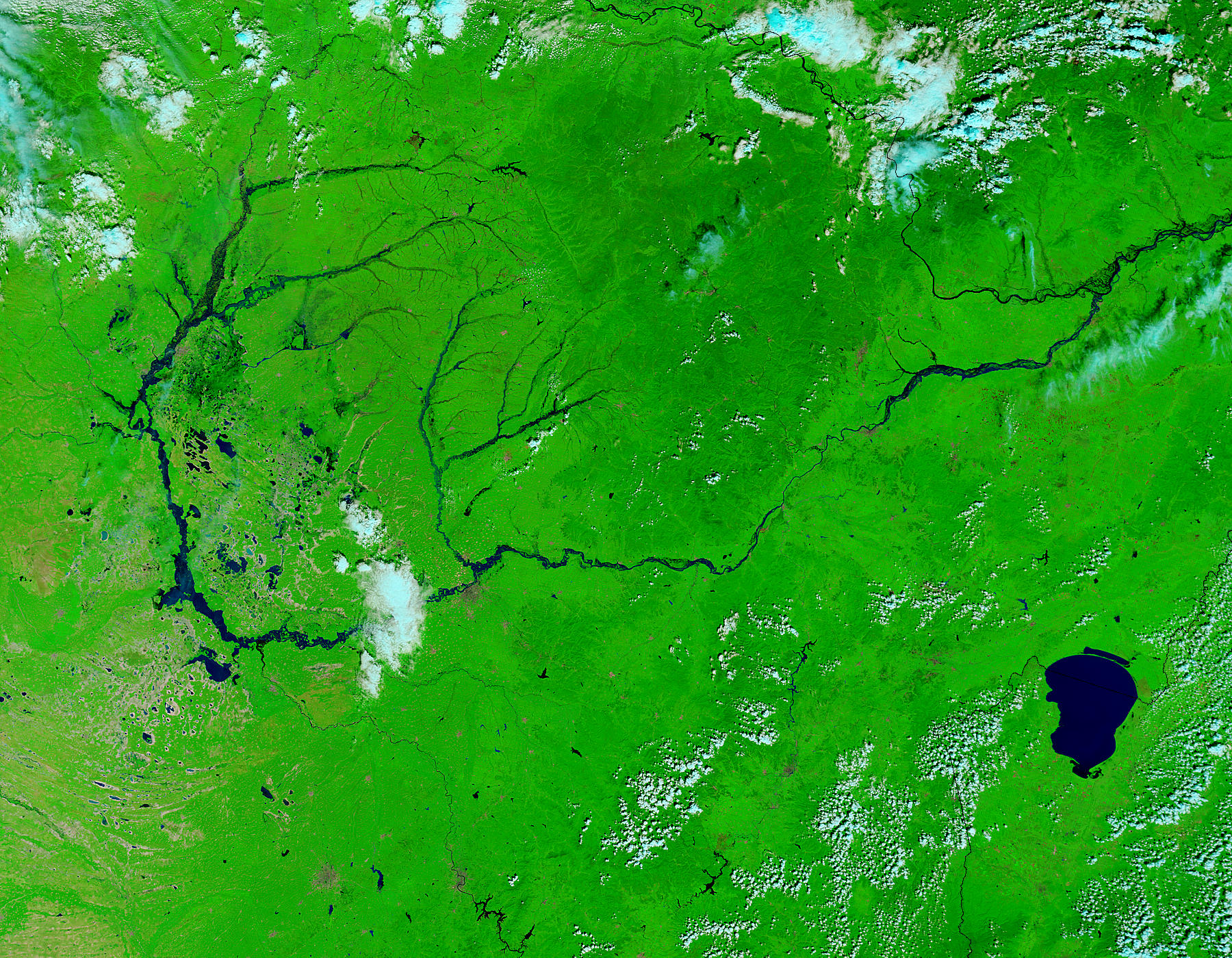 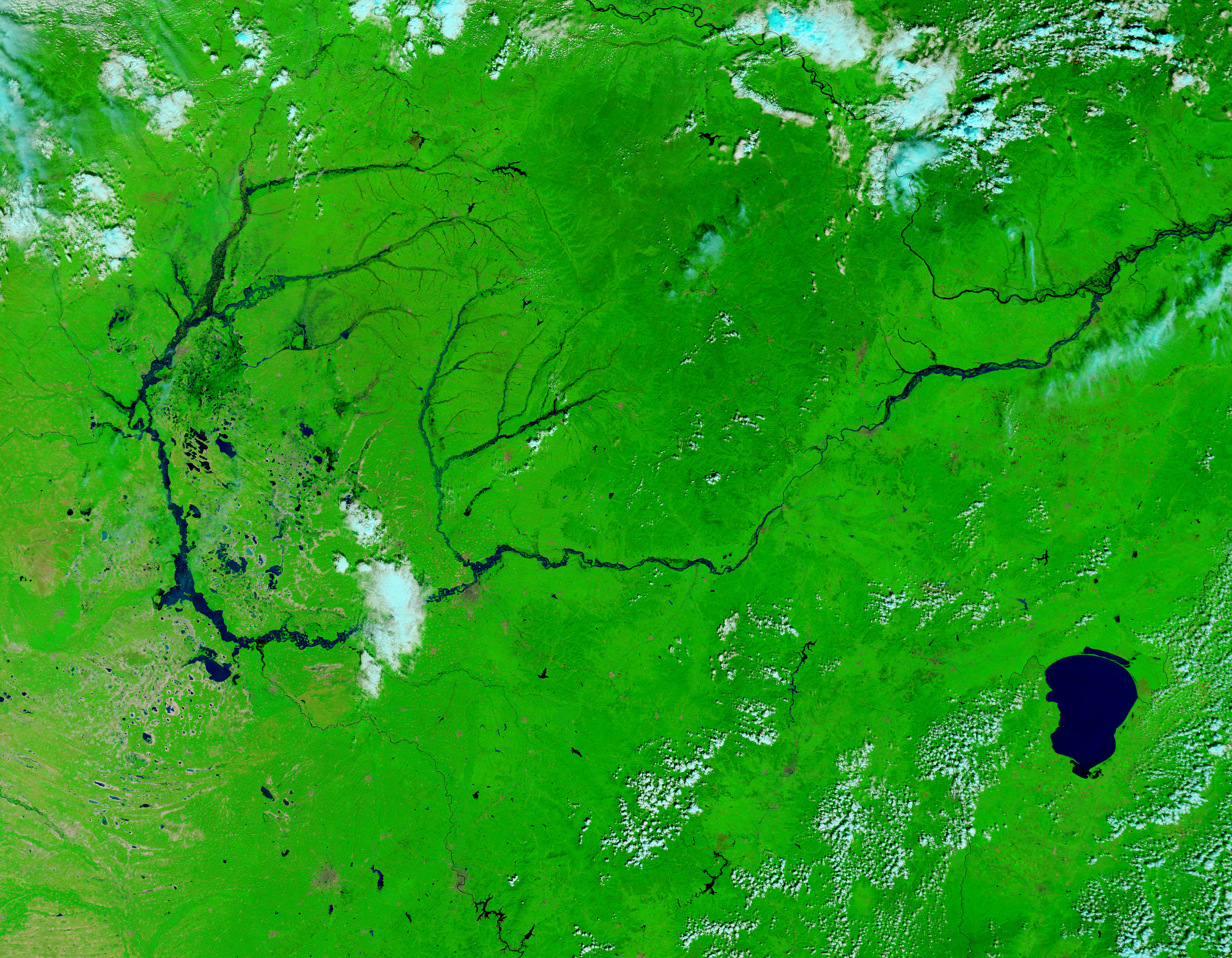 Heavy summer rains pushed the Nen River in Northeastern China over its banks. This false-color Moderate Resolution Imaging Spectroradiometer (MODIS) image shows flooding along the Nen and its tributaries, the Nemor (top right) and the Wuyur (center right). In this image, captured by the Terra satellite on August 26, 2003, standing water appears dark blue or black, and vegetation is bright green. The darker green patch on the right of the Nen River is flooded swamp land. According to the Dartmouth Flood Observatory, the flooding started with heavy rains in late July and persisted through October 10, 2003.