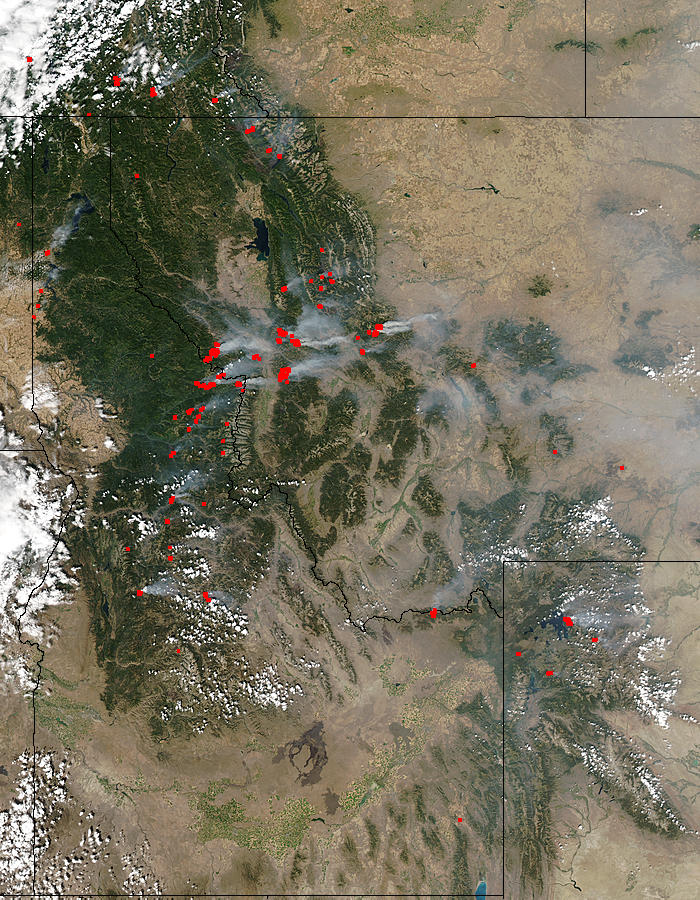 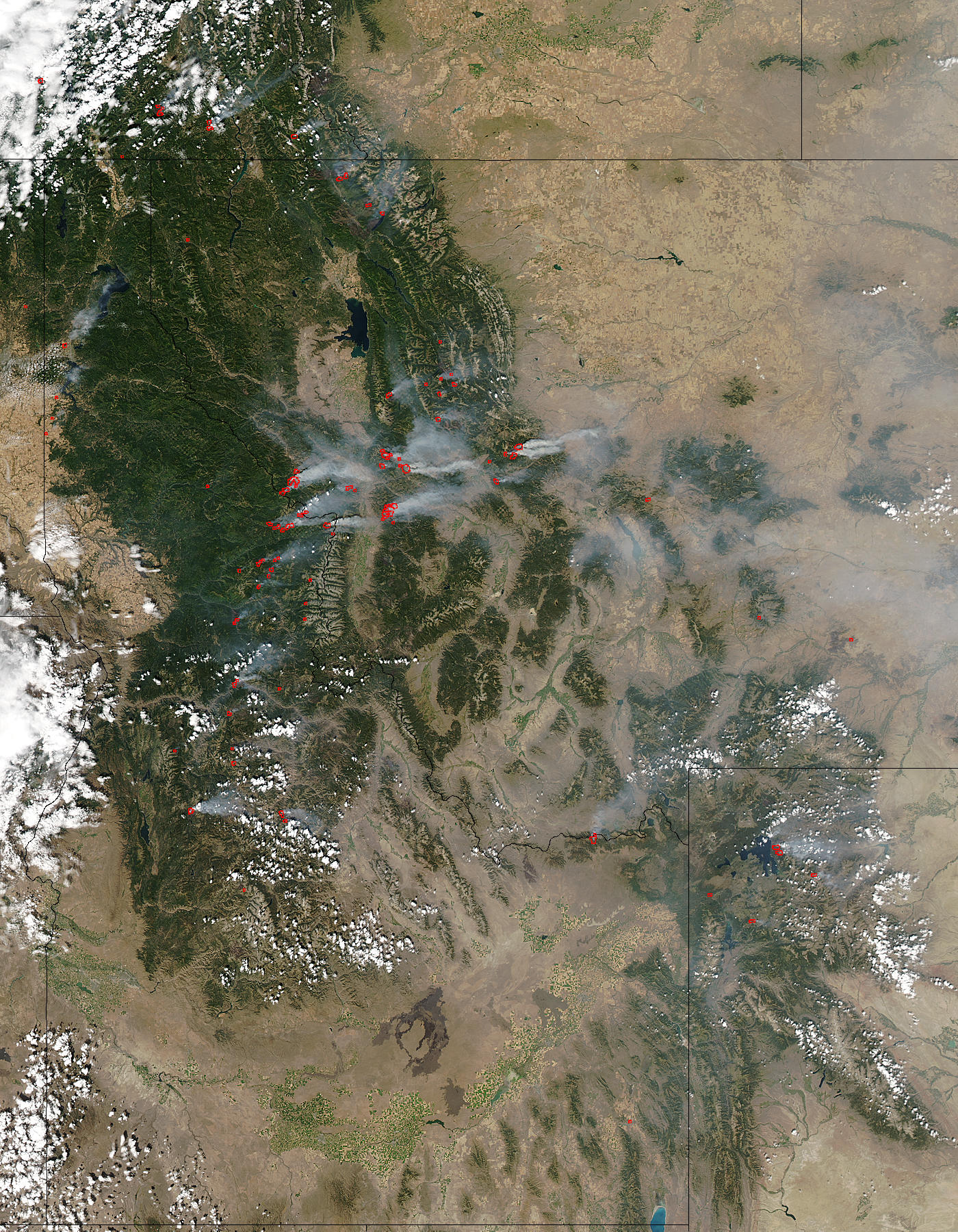 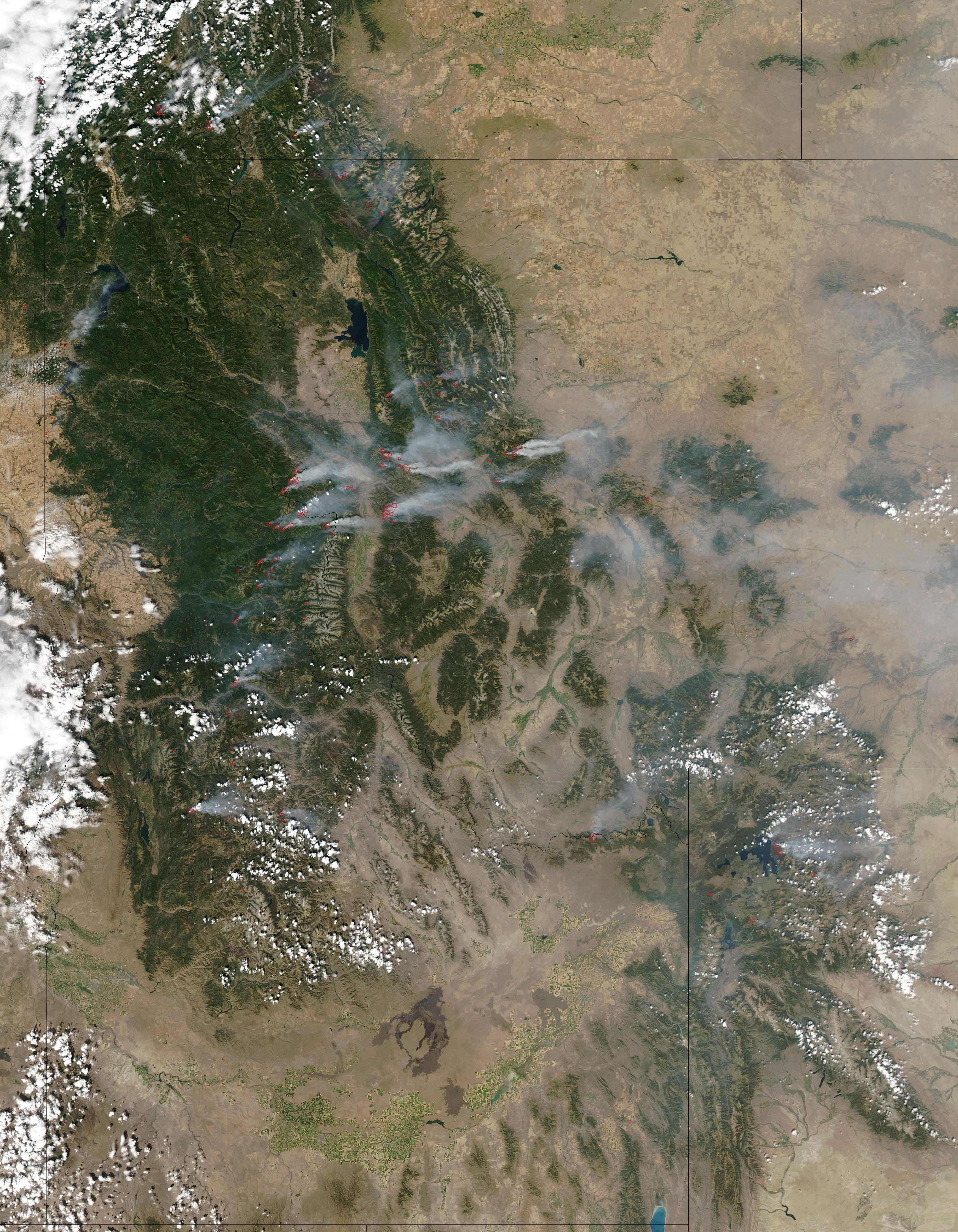 Fires and smoke in Idaho and Montana

Dozens of fires burning in the Rocky Mountains in Montana were detected by the Moderate Resolution Imaging Spectroradiometer (MODIS) on the Aqua satellite on the afternoon of August 19, 2003. In the image, fire locations have been marked in yellow. The fires are threatening power transmission lines and many residents have been told to prepare for blackouts as other residents are being evacuated.

This image shows the region surround Flathead Lake (northwest of center) in northwest Montana. To the north of the lake are several fires burning in Glacier National Park right near the United States-Canada border, while dozens of fires to the south are filling mountain valleys in with smoke.