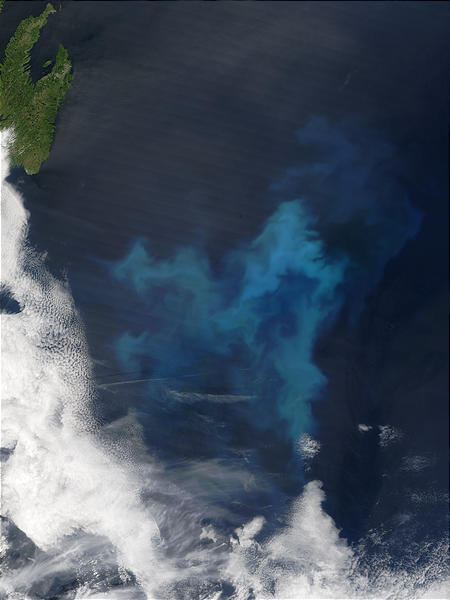 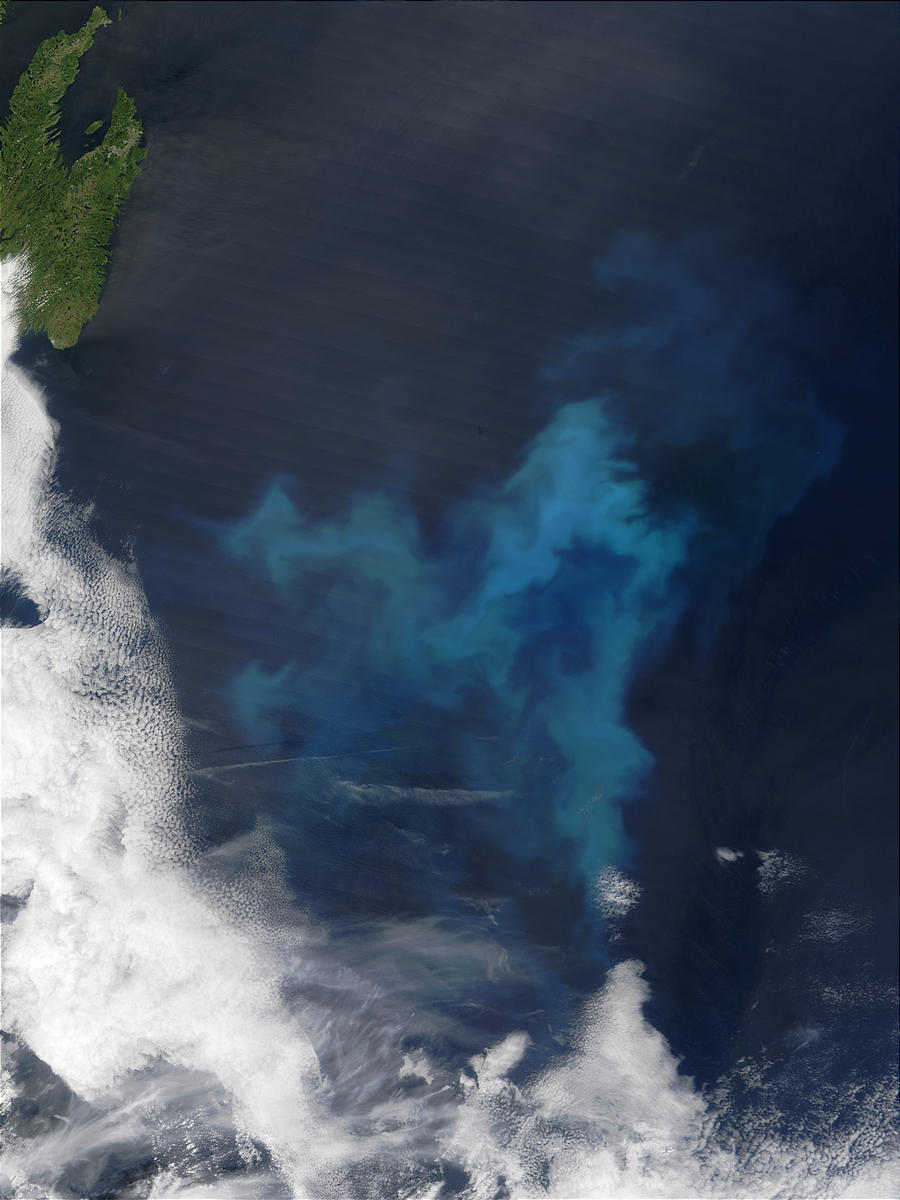 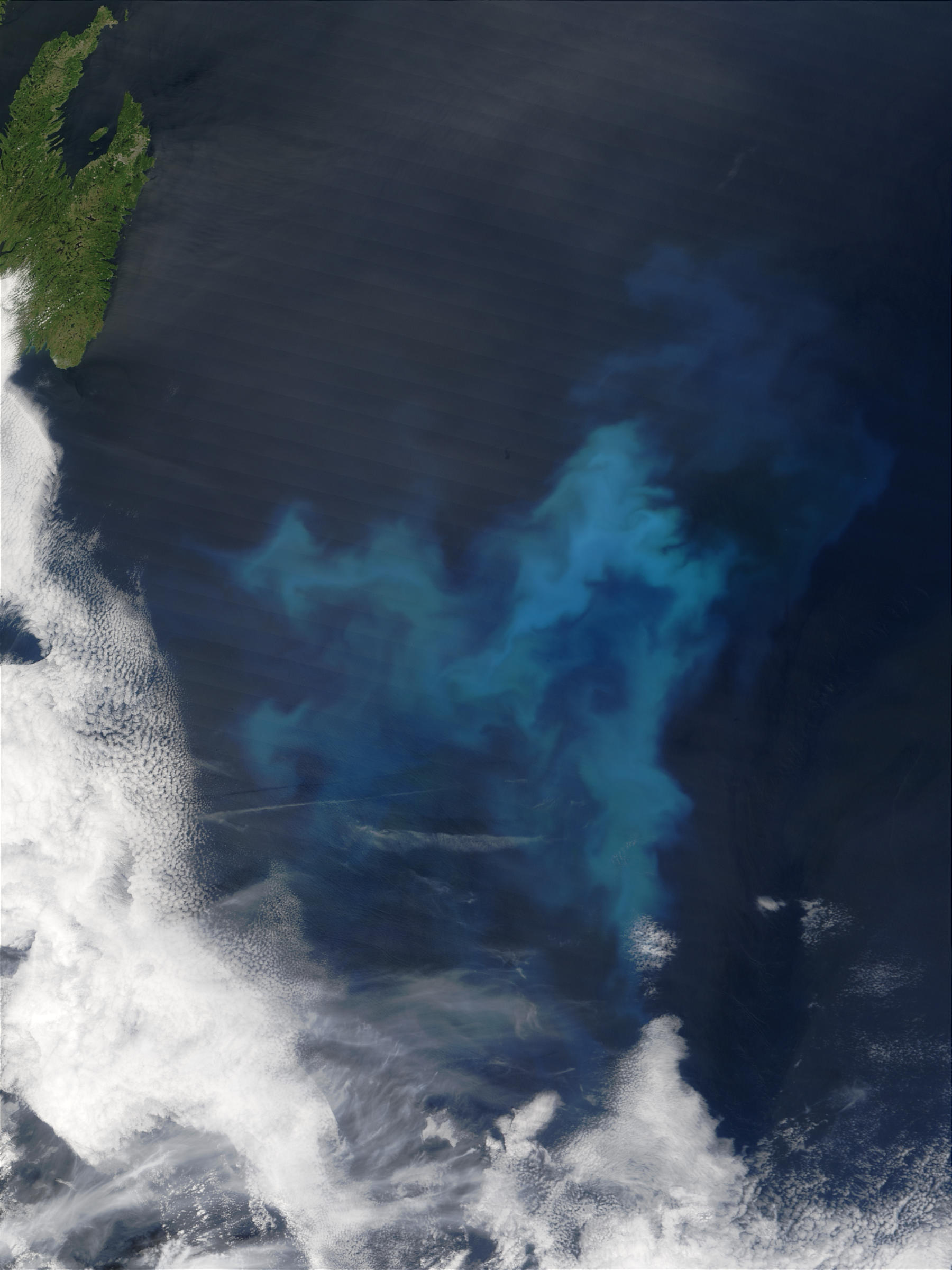 This true-color Terra MODIS image from August 13, 2003, shows a phytoplankton bloom floating to the southeast of Newfoundland Island, Canada. This bloom has been occurring for some time, making it unusual in that most phytoplankton blooms disappear within a matter of days, having exhausted the nutrients brought to the surface by upwellings of cold, nutrient-rich water.

This bloom is occurring in a region of the Atlantic known as the Grand Banks, one of the world’s richest fishing grounds. The Grand Banks cover hundreds of square miles of shallow water (due to the presence of underwater plateaus called banks) to the island’s southeast. The banks disturb ocean circulation patterns and cause the deep, nutrient-rich ocean waters to mix with the shallower waters, providing the ideal environment for phytoplankton growth. Further, the upwelling of nutrients is almost constant, which means that blooms thrive here for much longer than they would in other parts of the ocean. In turn, the phytoplankton support the fish population, which is what makes this fishing ground so popular.