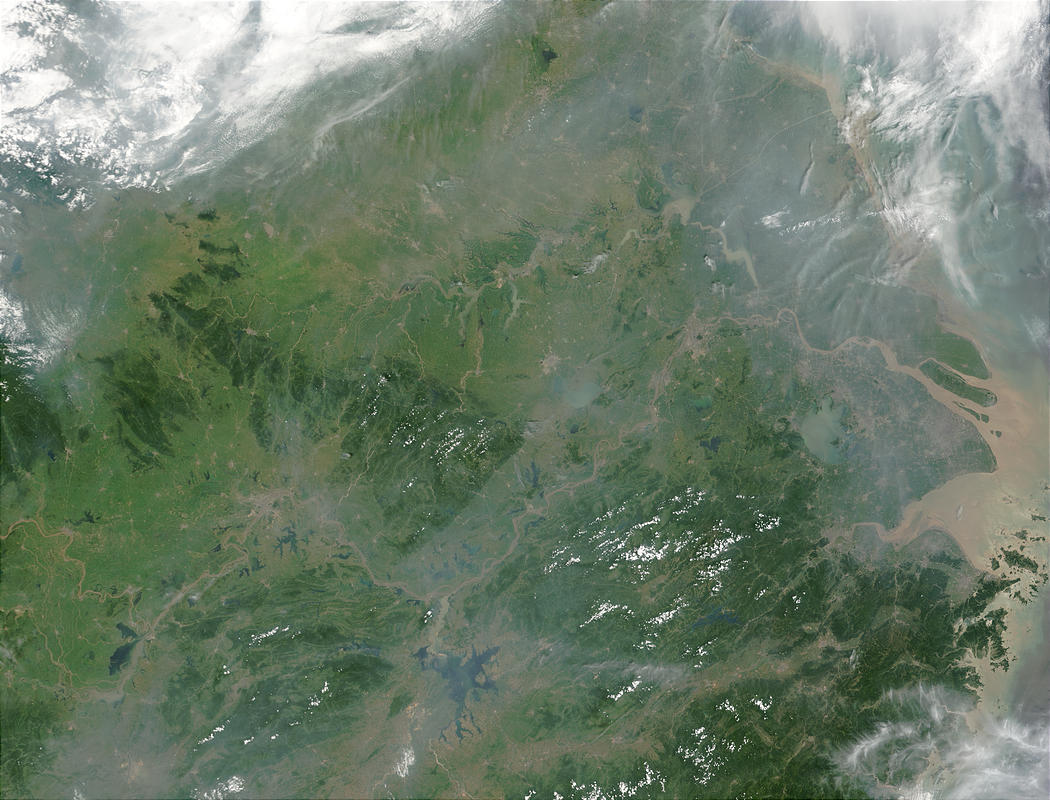 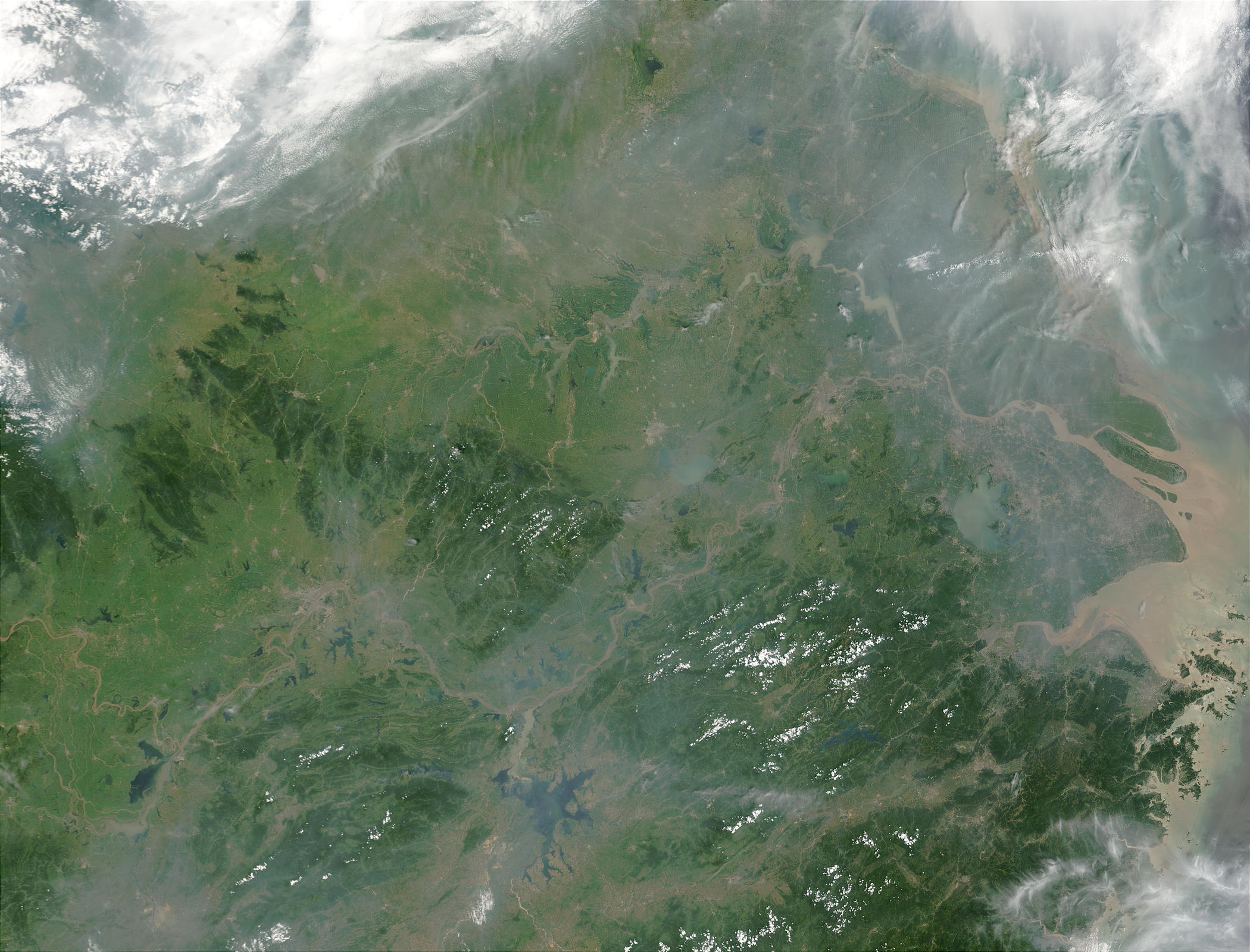 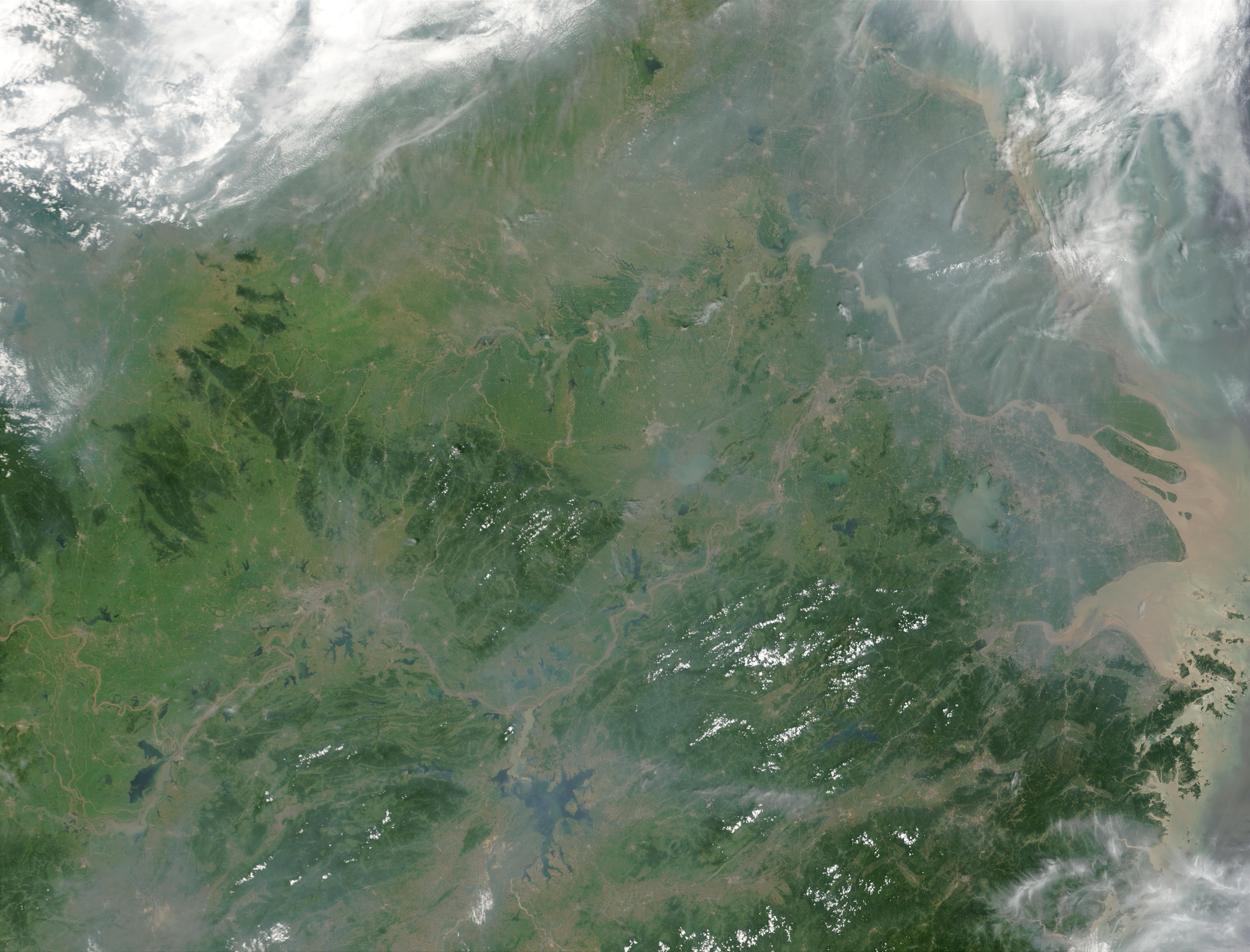 Weeks of rain in central and southern China have produced severe flooding along numerous rivers. More than 2.3 million people have been displaced, and government officials have faced the difficult decision of having to destroy existing dykes to allow rivers to spread out into farmland in order to prevent more severe flooding in urban areas.

These images from the Moderate Resolution Imaging Spectroradiometer (MODIS) on the Terra satellite show the severe flooding in eastern China on July 23 and August 1, 2003. The false-color images have been enhanced to bring out the presence of standing water, which appears dark blue or black. Floodwaters stand out along the streams and rivers feeding the Huai River at top (July 23). The gold color indicates vegetated land surfaces.

More than 560 people have died this year in flooding along the rivers of eastern China, though the flood season has only just begun. Lasting from June through September, flood-season storms bring more rain than the rivers and tributary systems in this part of China can handle, which often results in disaster for residents in the flood zones. The Chinese government estimates that over half a million homes have been destroyed, and another 1.3 million have been damaged. The Huai River and Hongze Lake region were especially hard hit this year.