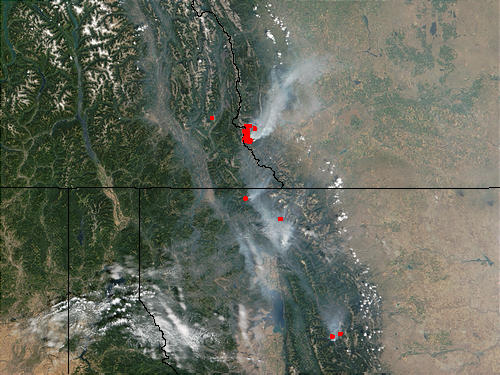 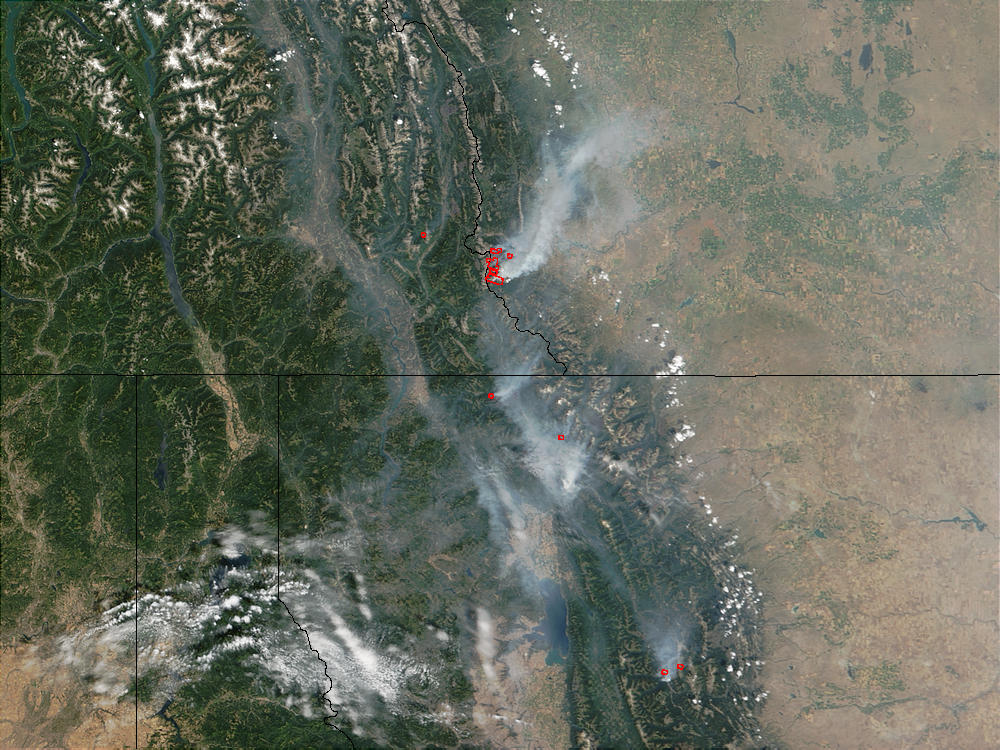 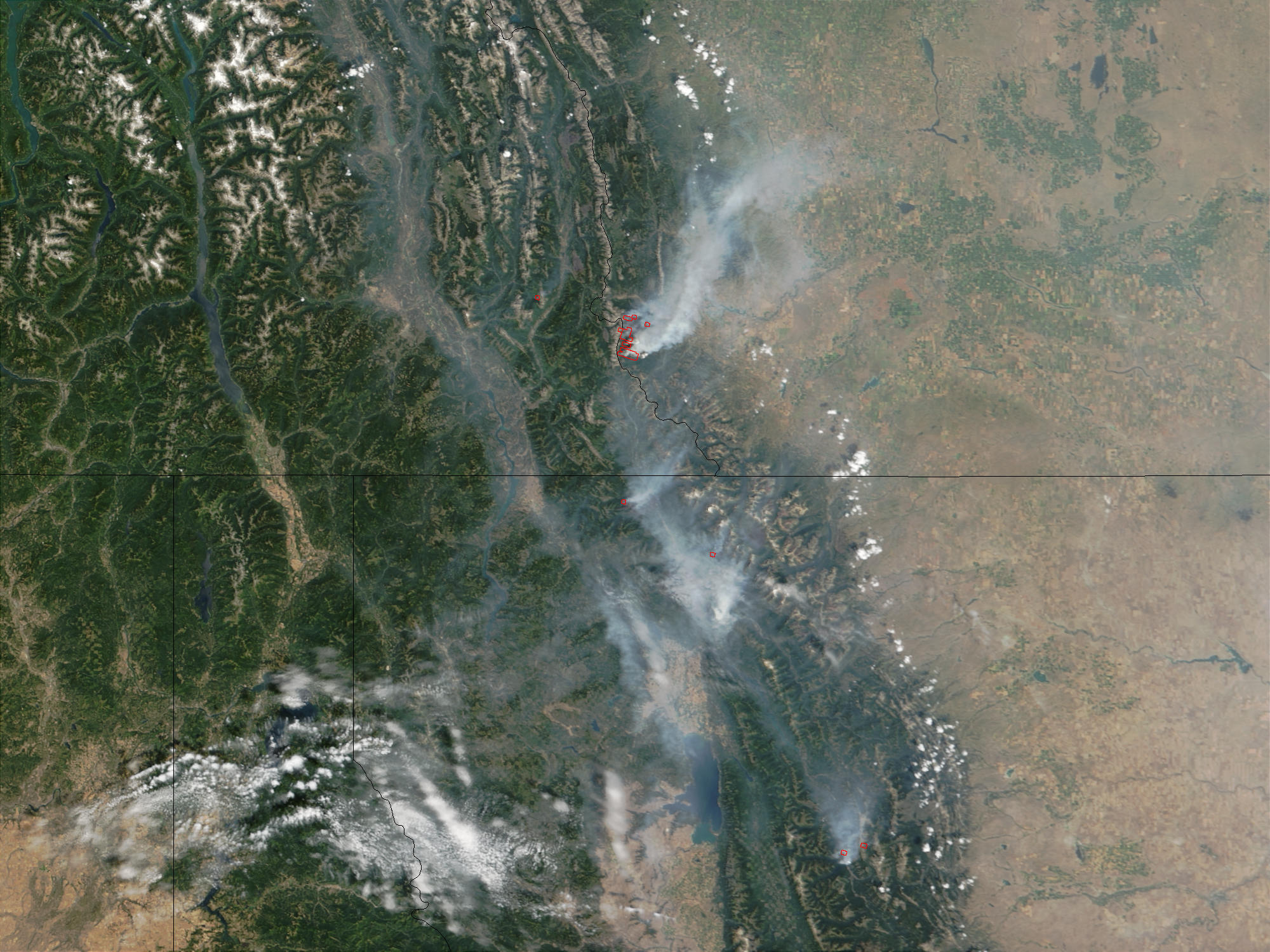 Fires in Montana and Alberta

The Lost Creek Fire (center) continued to grow on August 1, 2003. The blaze is on the border of Alberta and British Columbia Provinces in western Canada. This image of the fire, and others to south in Glacier National Park in Montana, was captured by the Moderate Resolution Imaging Spectroradiometer (MODIS) on the Terra satellite. Active fire detections captured by the sensor have been marked in red.