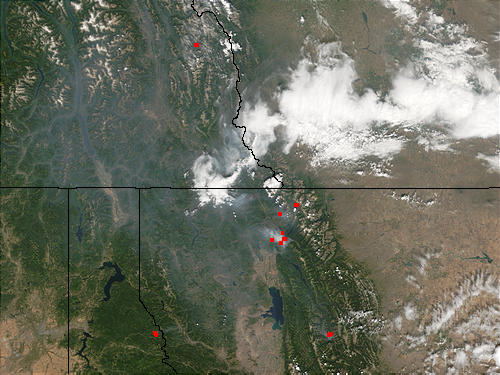 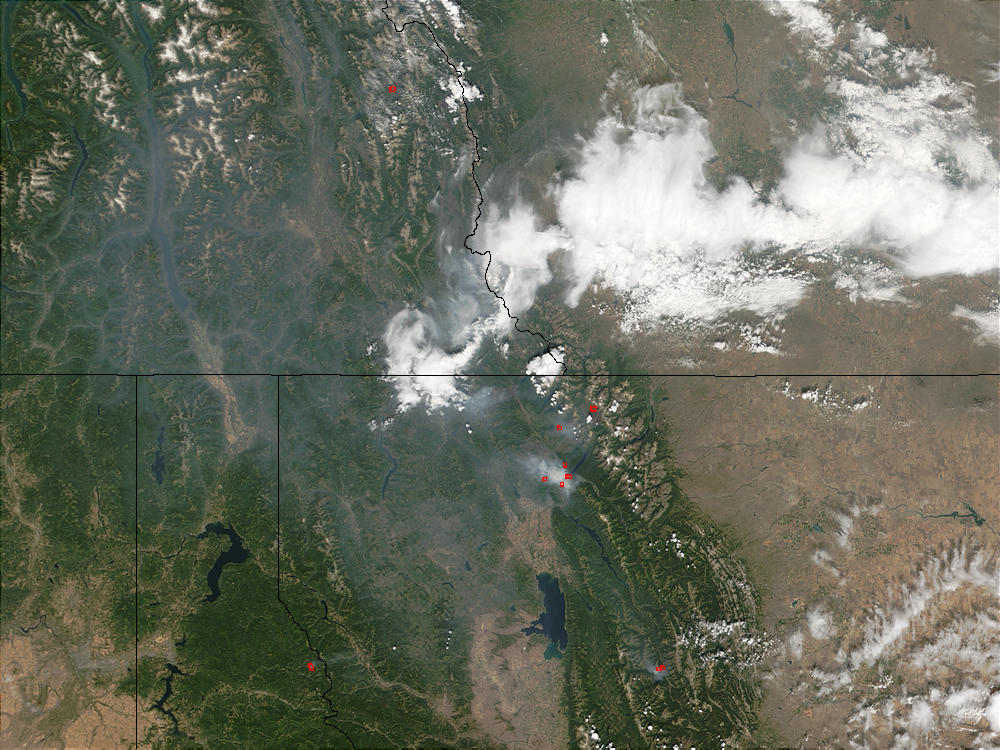 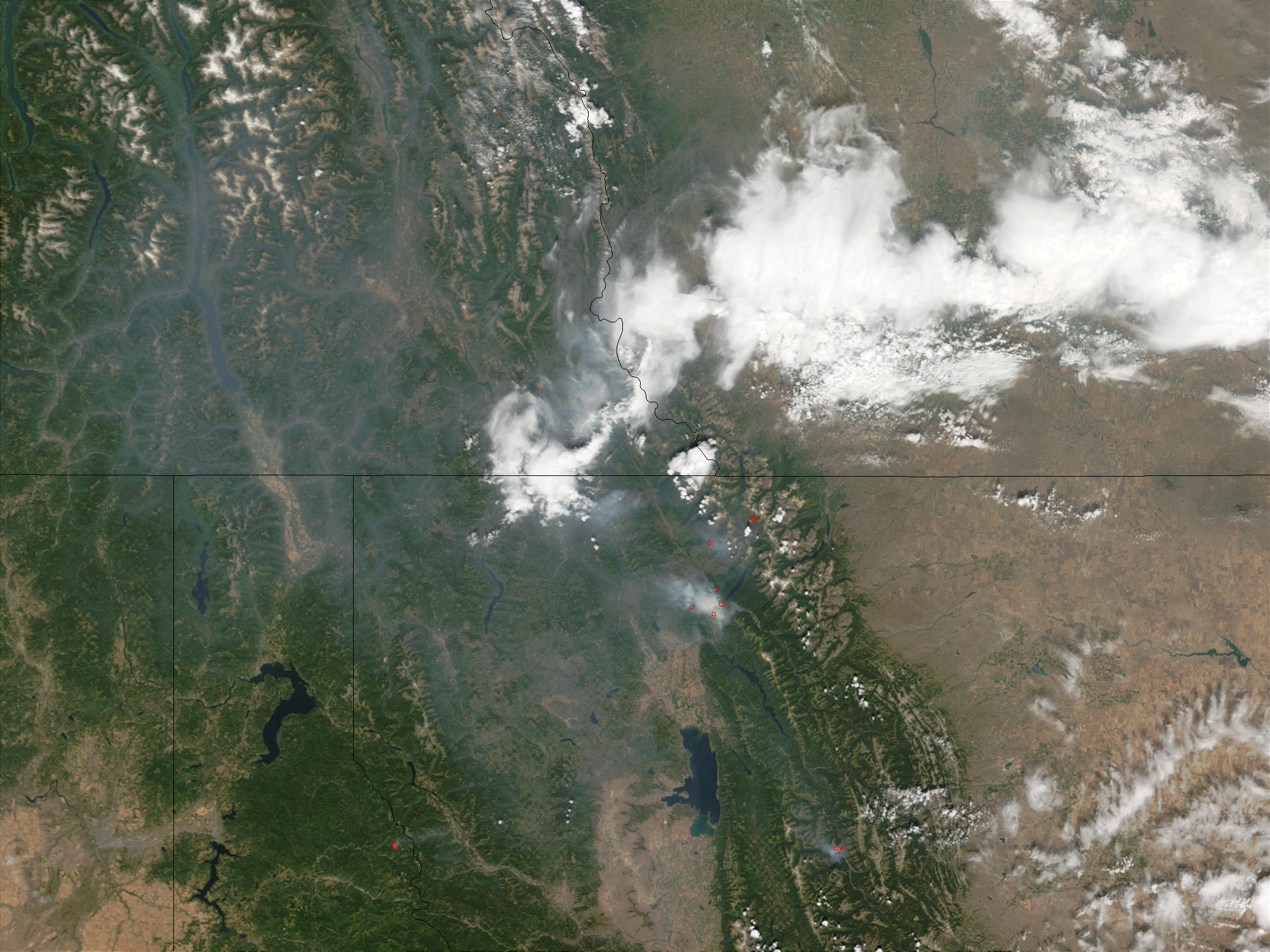 Fast-moving forest fires raced through terrain at the front range of the Rocky Mountains in northern Montana (bottom right)) and Alberta, Canada (top right), in July 2003. In Montana, the fires (marked in red) forced thousands of tourists and staff to evacuate Glacier National Park (image center) in late July, while in Canada, the blaze forced many residents of the small community of Hillcrest to evacuate their homes on Sunday,July 27, as the fire, moving through the nearby forest at almost 27 meters per minute (89 feet per minute), doubled in size to 70 square kilometers (17, 297 acres). These images of the fires were captured in late July and early August 2003 by the Moderate Resolution Imaging Spectroradiometer (MODIS) on the Aqua and Terra satellites. Active fire detections made by MODIS are marked in red.