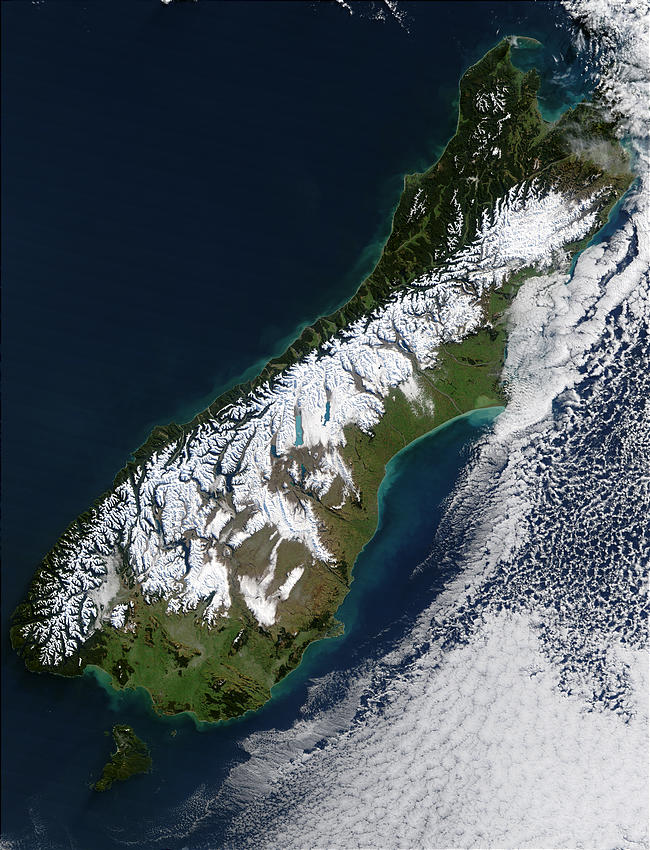 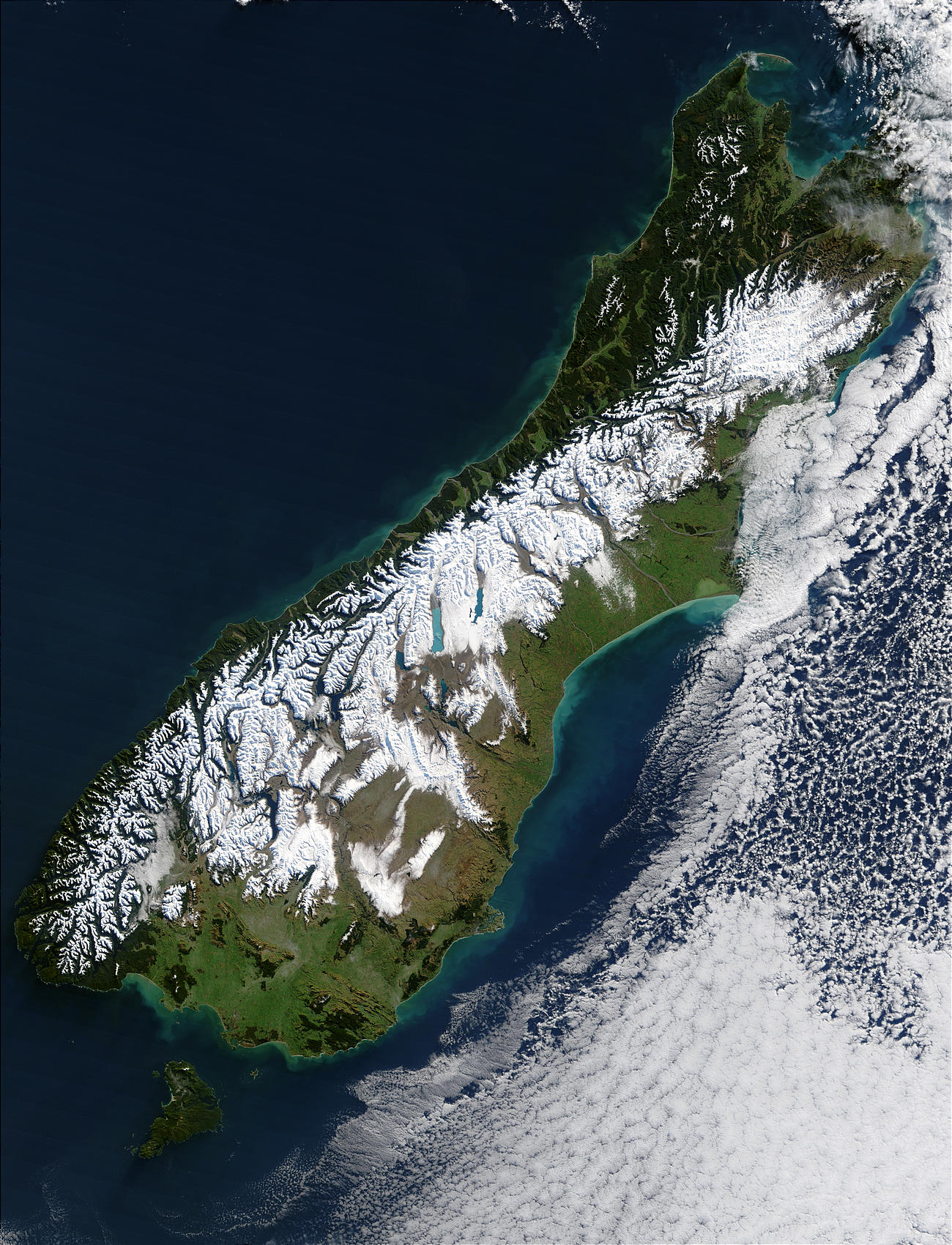 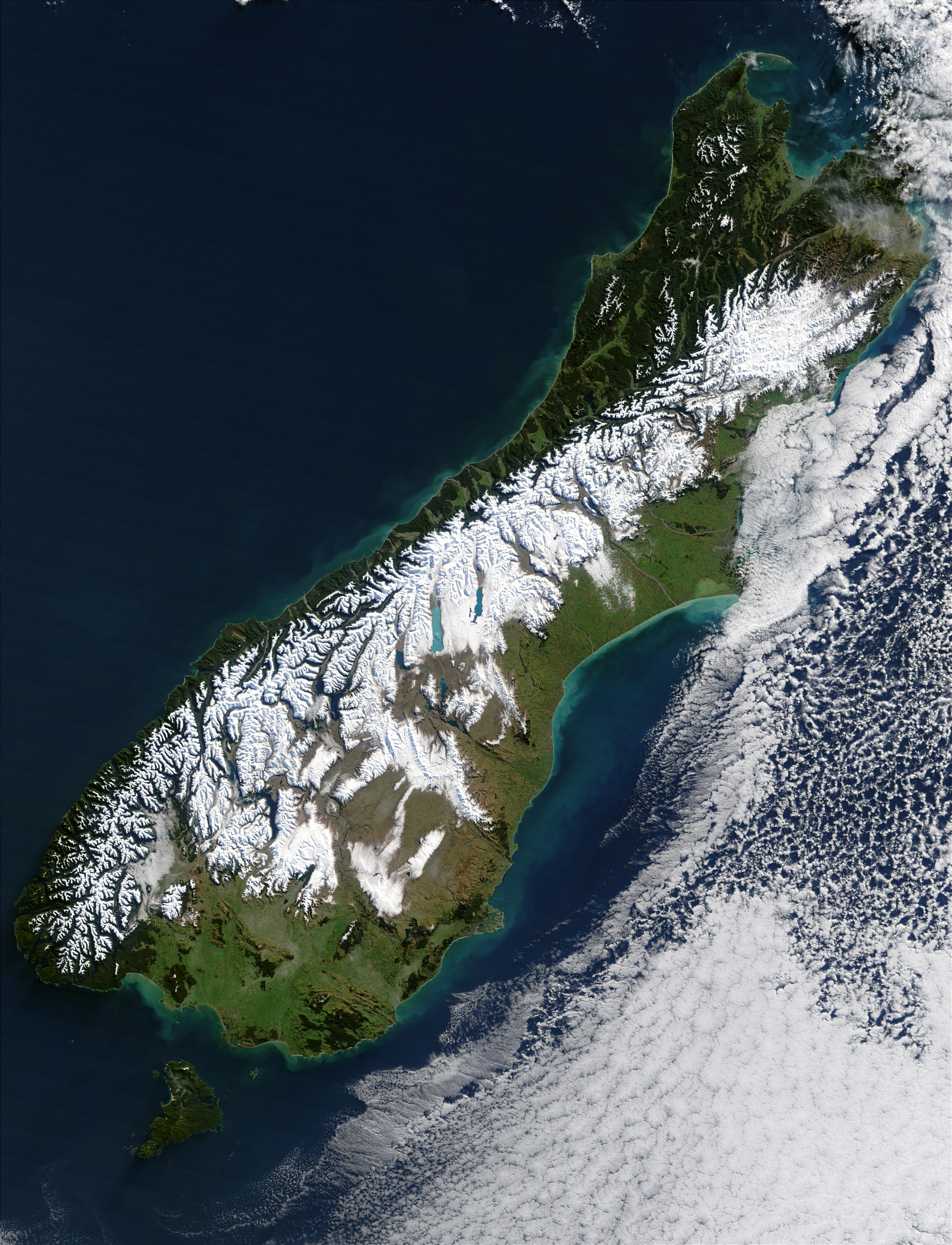 As the clouds broke over South Island, New Zealand, on July 11, 2003, clear skies revealed the blanket of snow that remained from what is being reported as the worst blizzard to hit the country in 50 years. The bright white snow contrasts sharply with the deep green vegetation of the coastal areas as well as with the bright blue, glacier-fed lakes scattered across the Southern Alps, which run diagonally across the island. The blizzard stranded hundreds of motorists and isolated more than 400 skiers at a mountain resort. In places, the storm brought ice and freezing rain, making roads especially treacherous and bringing down trees and power lines.

This image was captured by the Moderate Resolution Imaging Spectroradiometer (MODIS) on the Terra satellite.