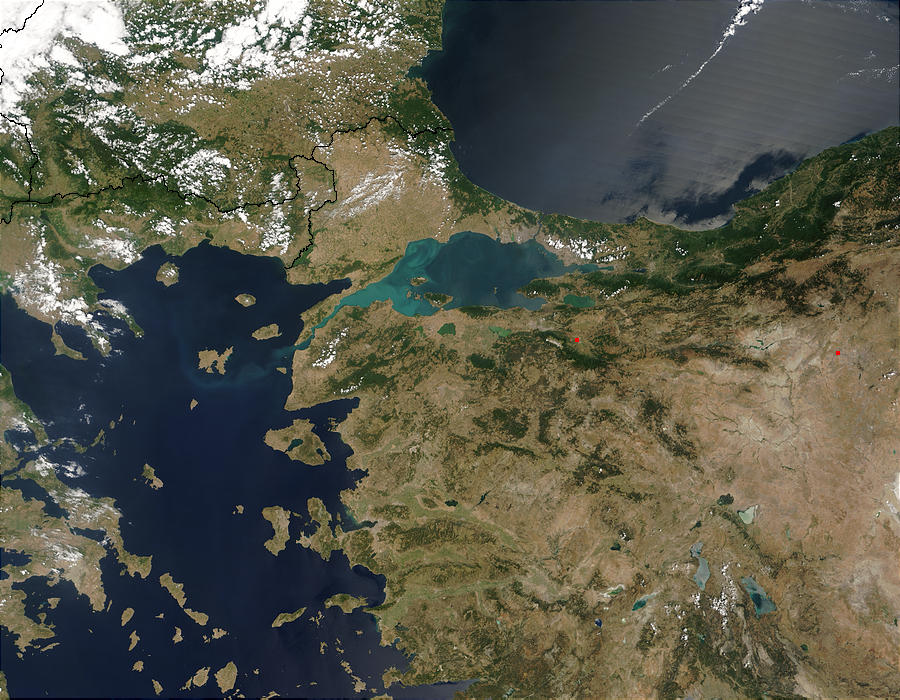 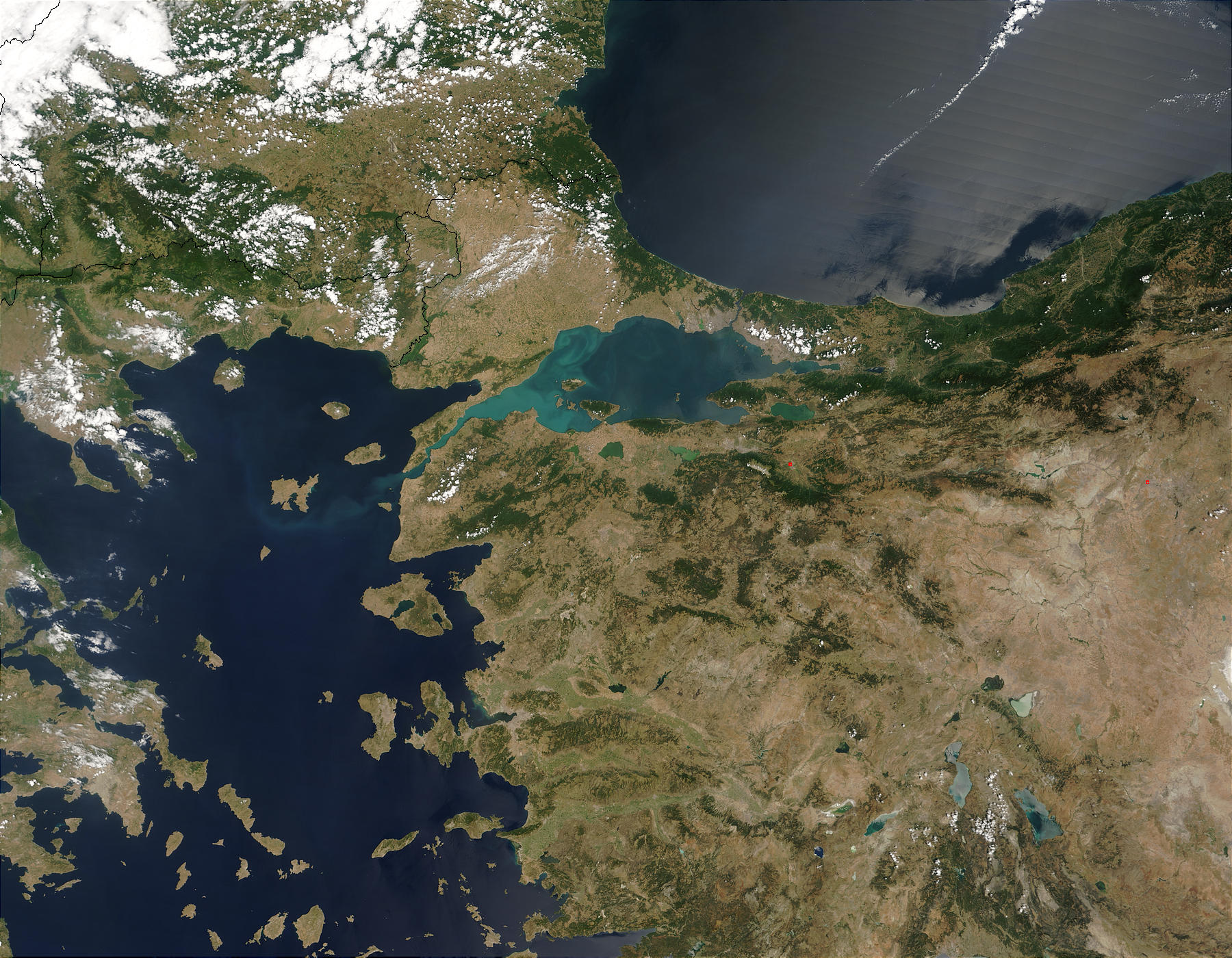 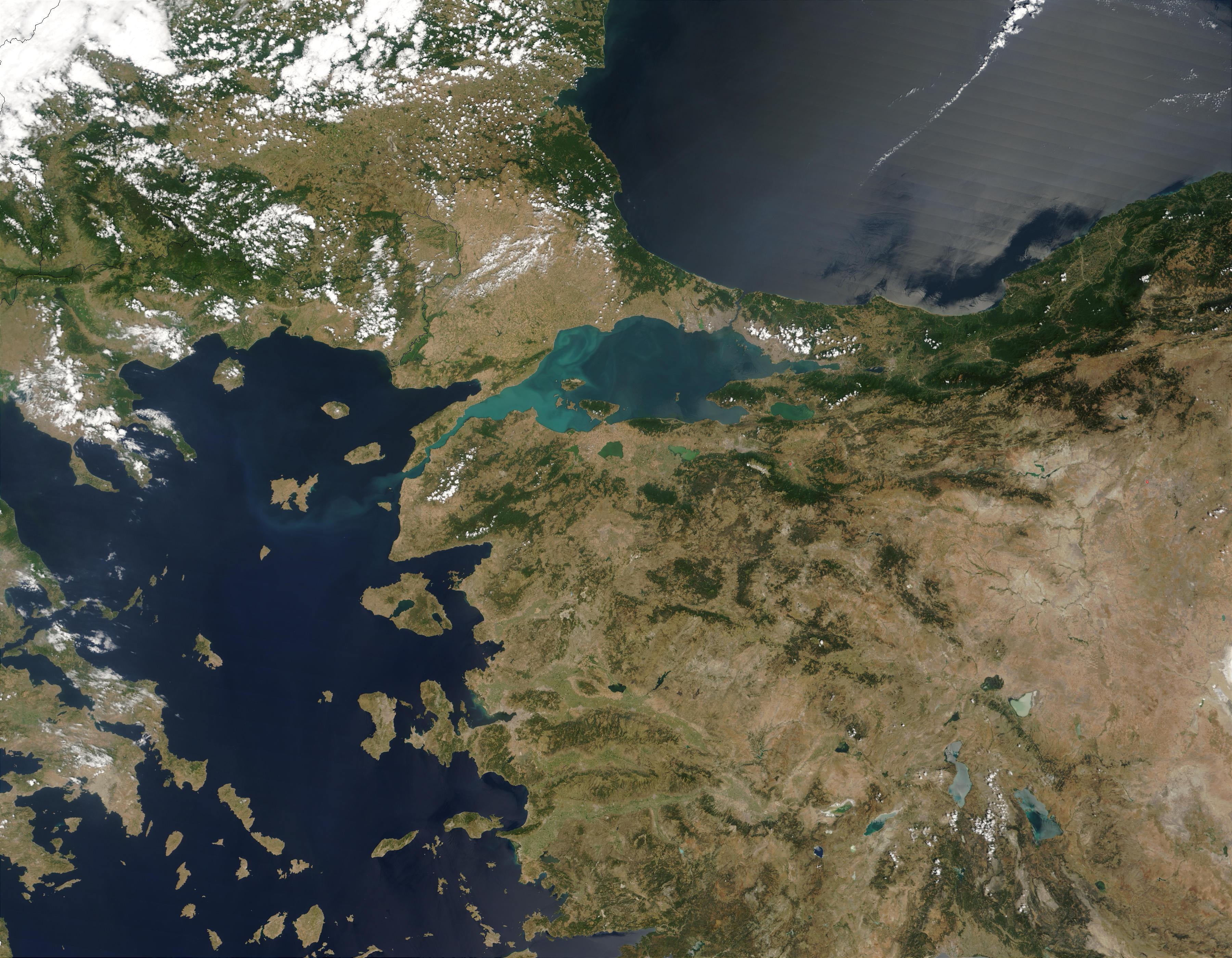 Over the course of just six and a half weeks, the Sea of Marmara went from a dark blue-black color to a bright turquoise, as is shown in these true-color Terra MODIS images. This vivid coloration could be due to any number of phenomena; coccolithophores, calcium carbonate, elemental sulfur, and sediments can all change the color of a body of water. Without ground-based observation and testing, there's no way to tell for sure what the true culprit is.

One reason that the coloration seems so intense is that the Sea of Marmara has very narrow inlets (the Bosphorus, which connects it to the Black Sea in the northeast) and outlets (the Dardanelles, which connect it to the Aegean Sea in the west). This means that the slow circulation of the water would allow significant concentration to occur, since dispersal to the Aegean would take so long. And because the Marmara has no strong currents and very little tidal action, the coloration is fairly uniform.