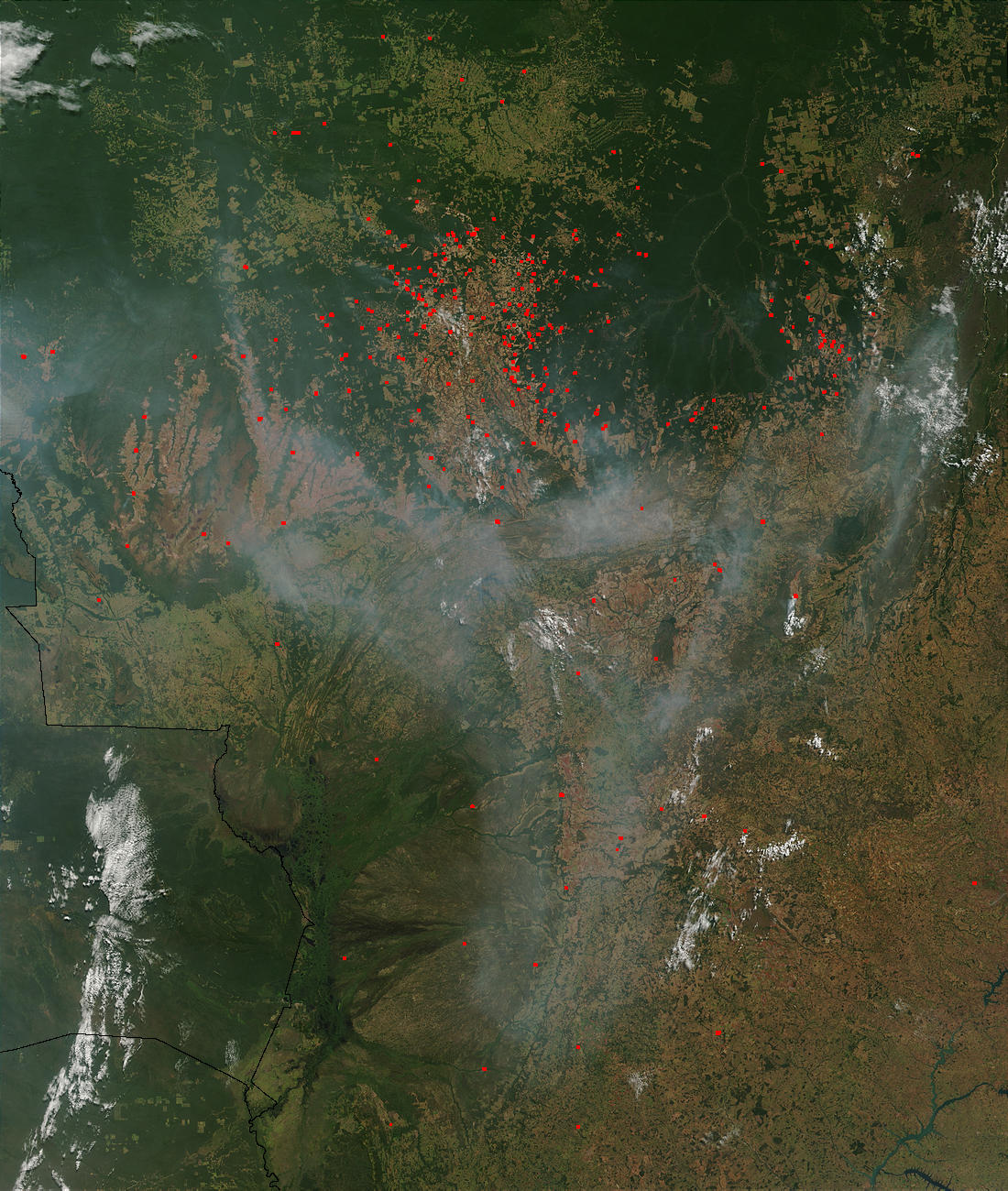 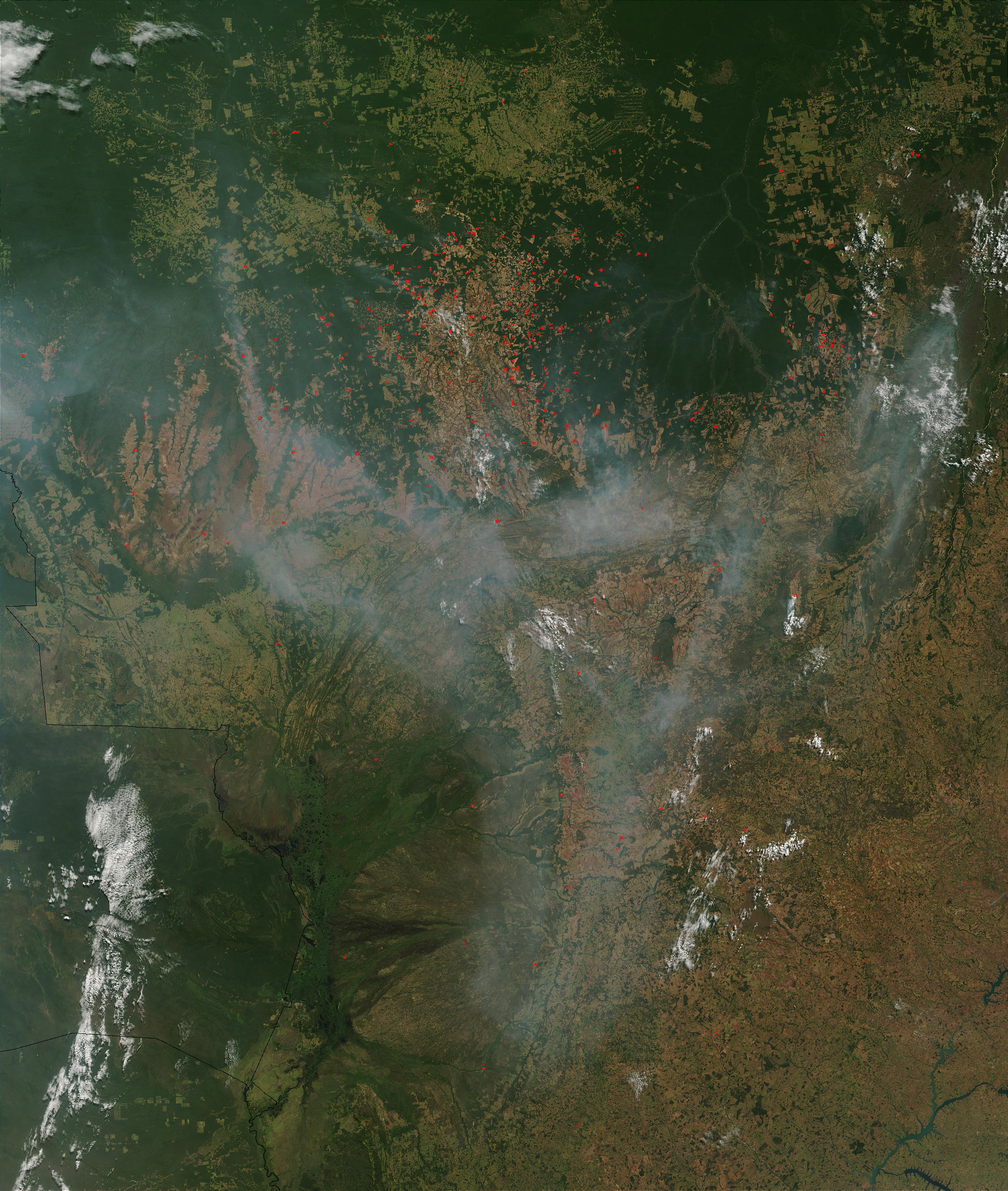 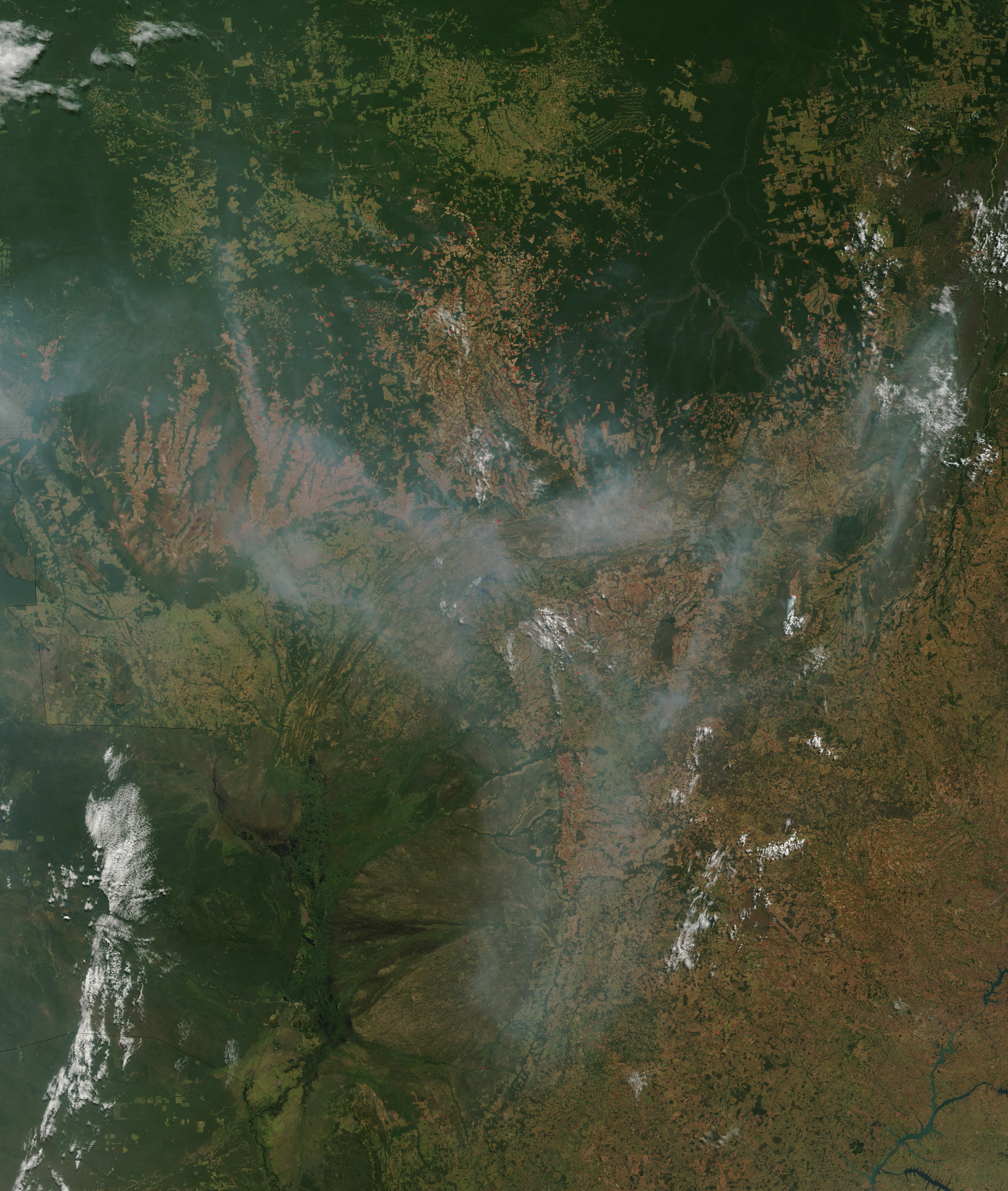 This series of images shows fires and deforestation in the Amazon in June 2003. A plume of smoke from fires (red dots) in the Mato Grosso region of Brazil hangs over the center of this Moderate Resolution Imaging Spectroradiometer (MODIS) image from the Terra satellite on June 16, 2003. At the top of that image, the Amazon Rainforest is becoming fragmented by areas of deforestation, which appear as geometric shapes of light green amid the deeper green of remaining forest. Right of center, a preserve/national park hangs like a pendulum down from the forests. This is the Xingu National Park and Indigenous Peoples Preserve. At bottom left in the image are Bolivia (north) and Paraguay (south). Running along the border of these two countries and Brazil is a large wetland ecosystem called the Pantanal.The fires continue into late June.