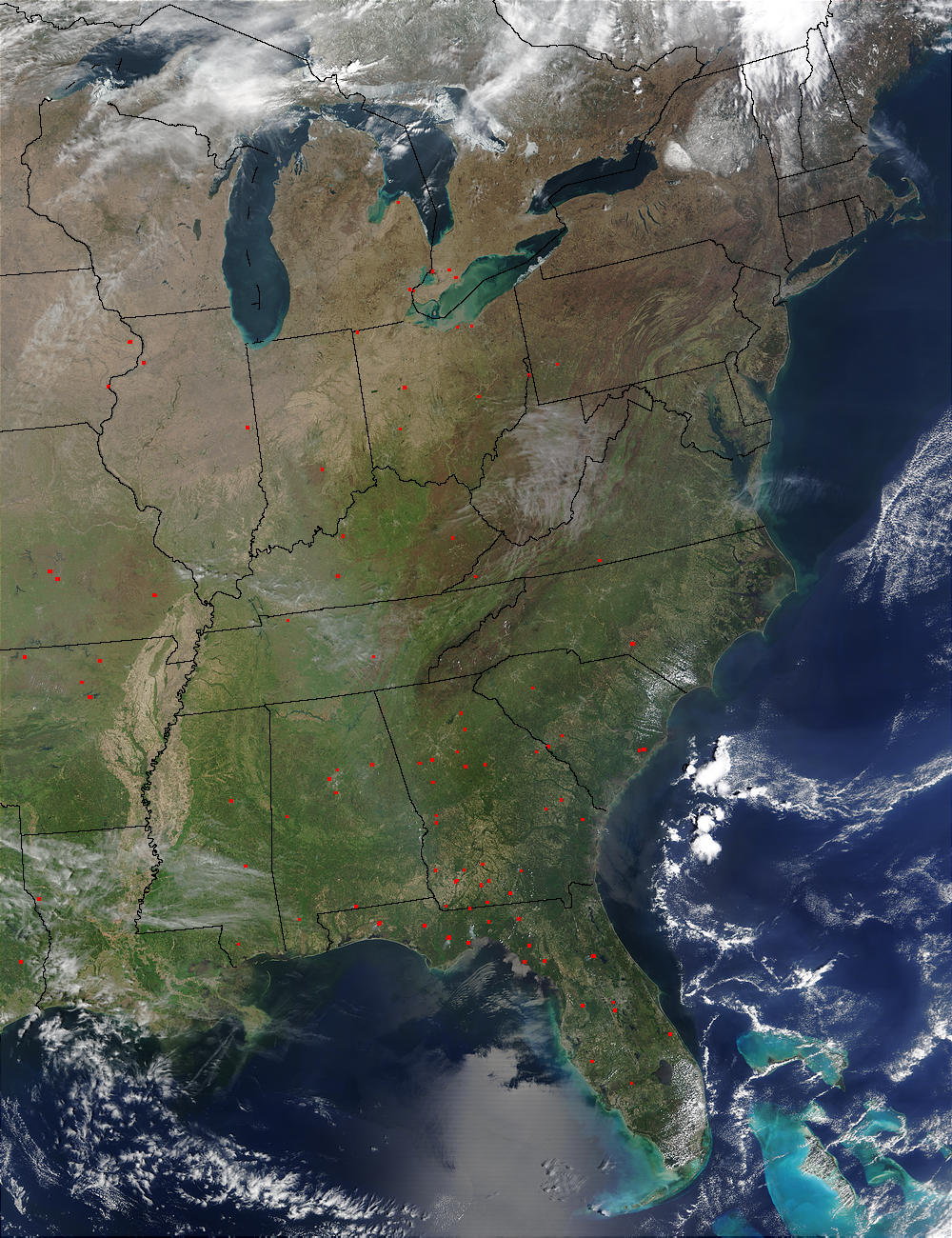 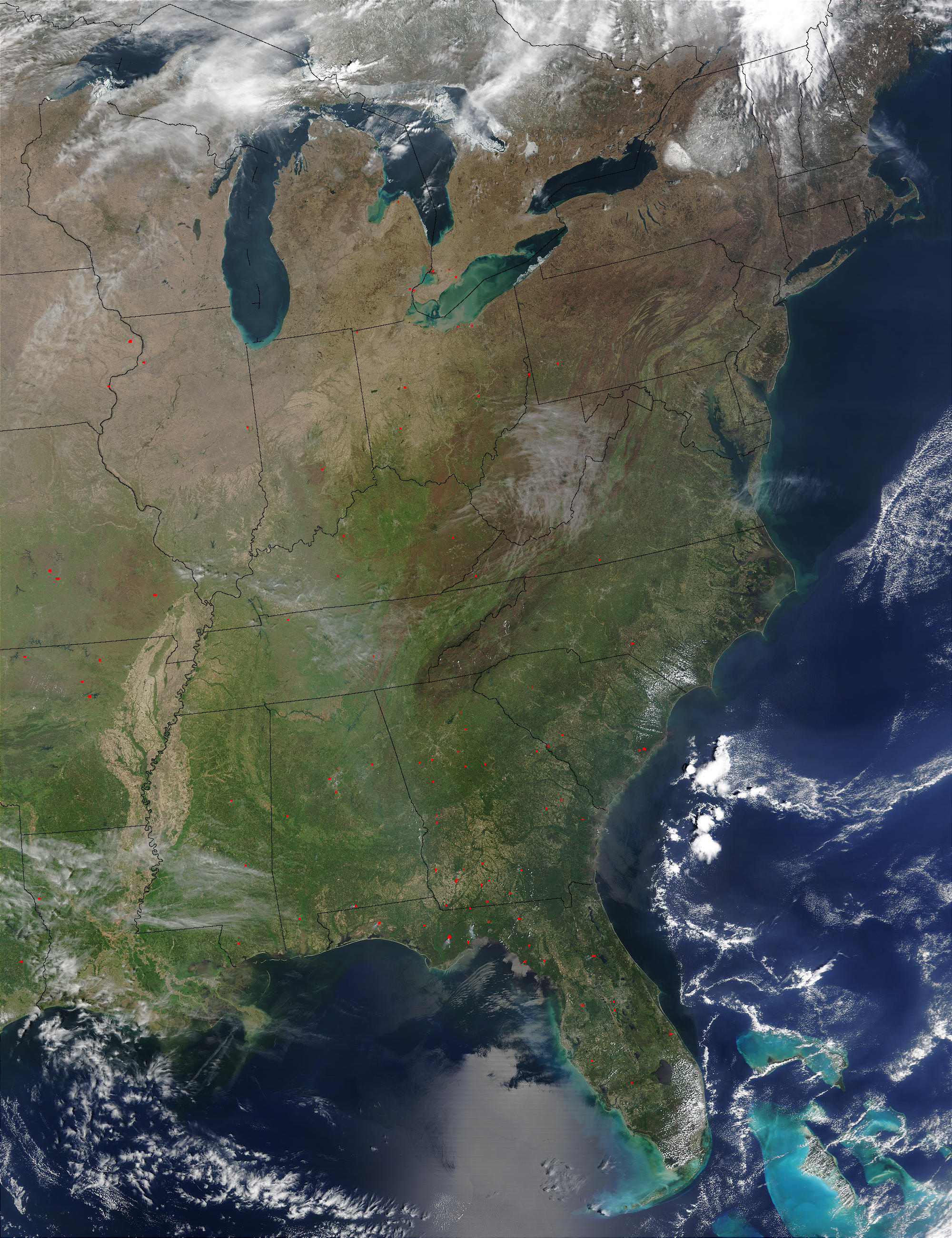 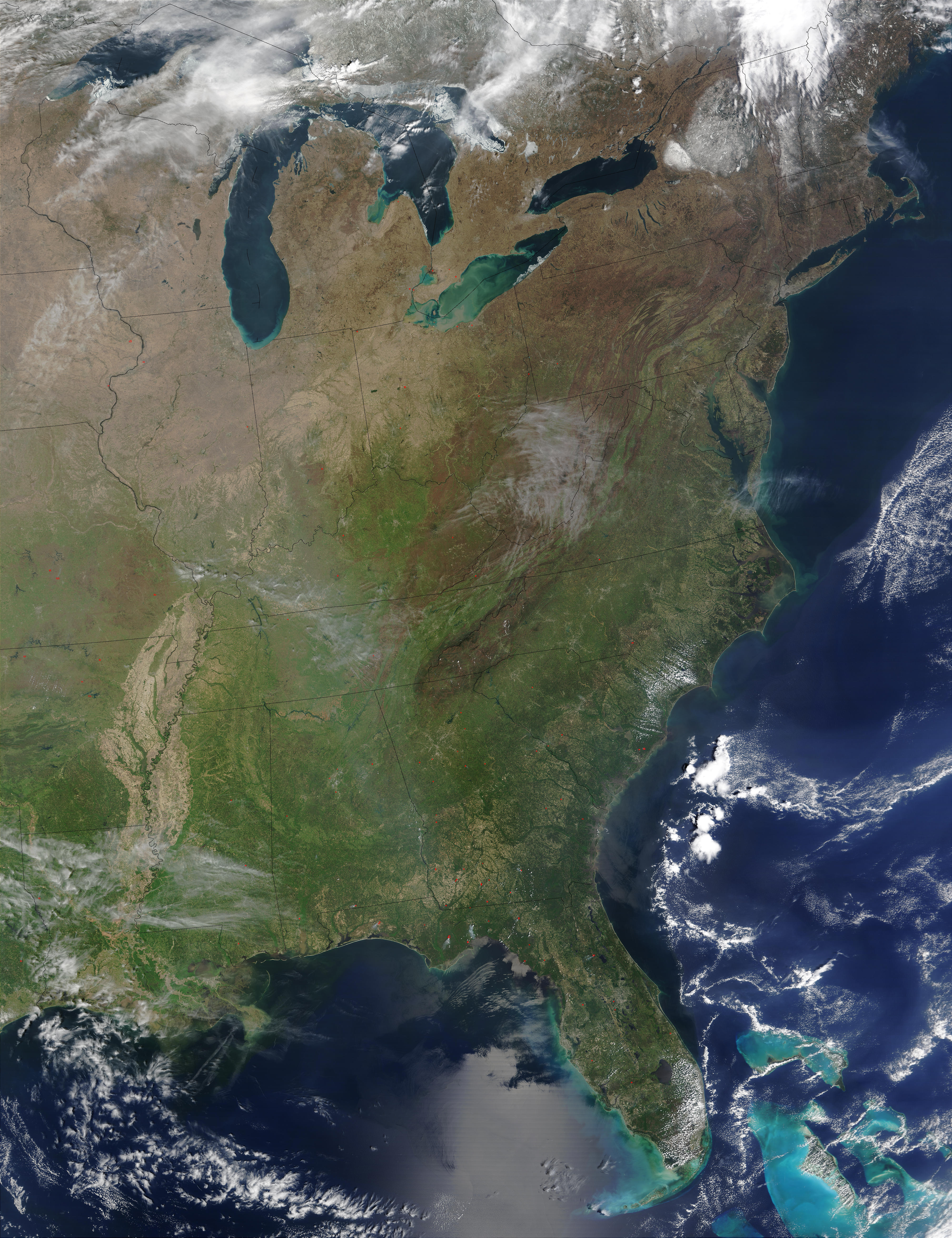 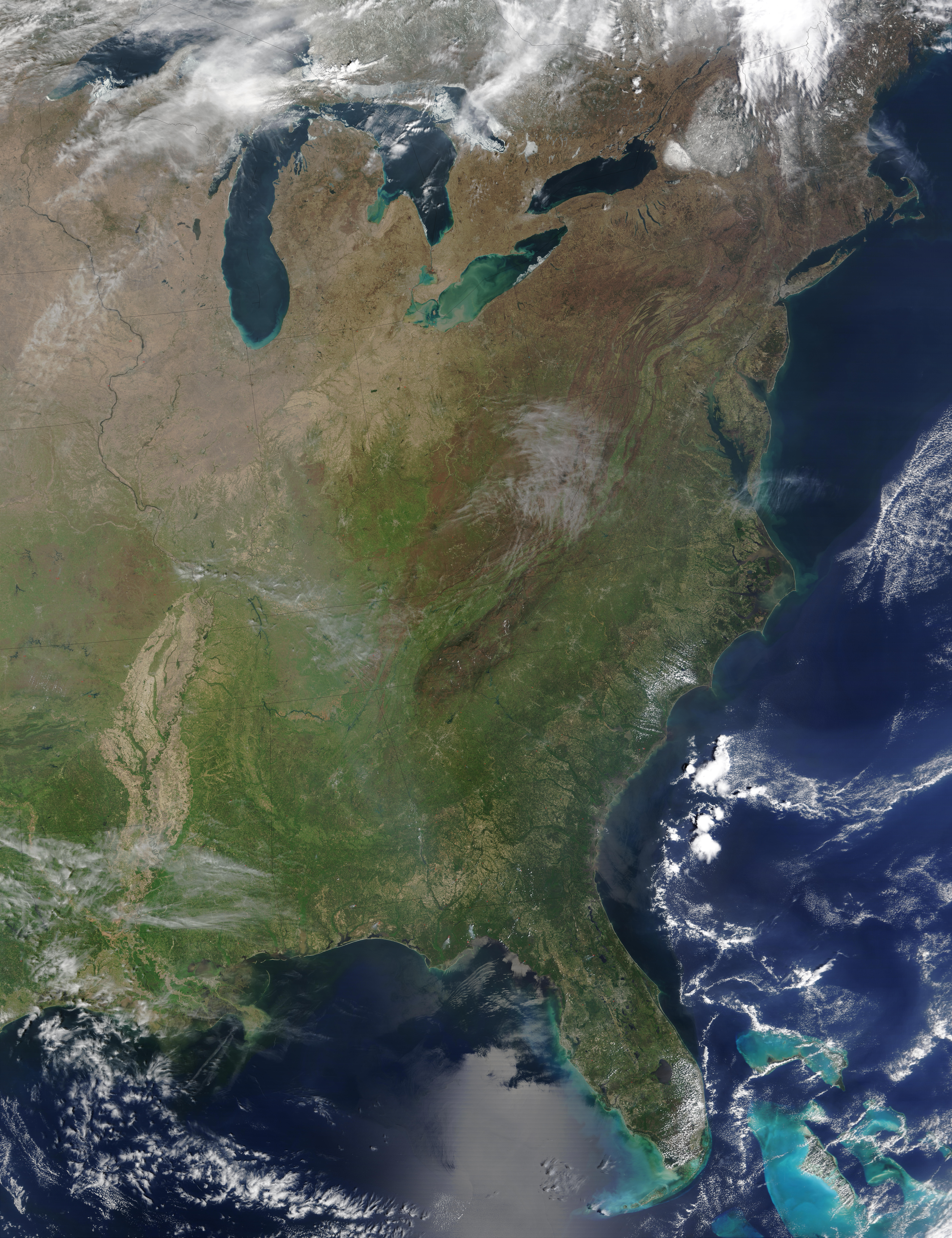 The eastern half of the United States shows clearly in this true-color Terra Moderate Resolution Imaging Spectroradiometer (MODIS) image acquired April 14, 2003. Prominent in the image are the mighty Mississippi River and the Appalachian Mountains, two of the most distinctive features in the eastern United States. Scattered throughout the image are a number of fires, which are marked with red dots. Considering that this is the beginning of the spring growing season in North America, the majority of these fires are likely agricultural in nature. Also visible in the image are the brilliant turquoise-blue waters of the Bahamas, which lie southwest of Florida´s coast. The beautiful hue of the waters in this area is caused by the relatively clear, shallow waters over the Little and Great Bahama Banks, which are shelves of land that were submerged as the continental glaciers of the last ice age melted.