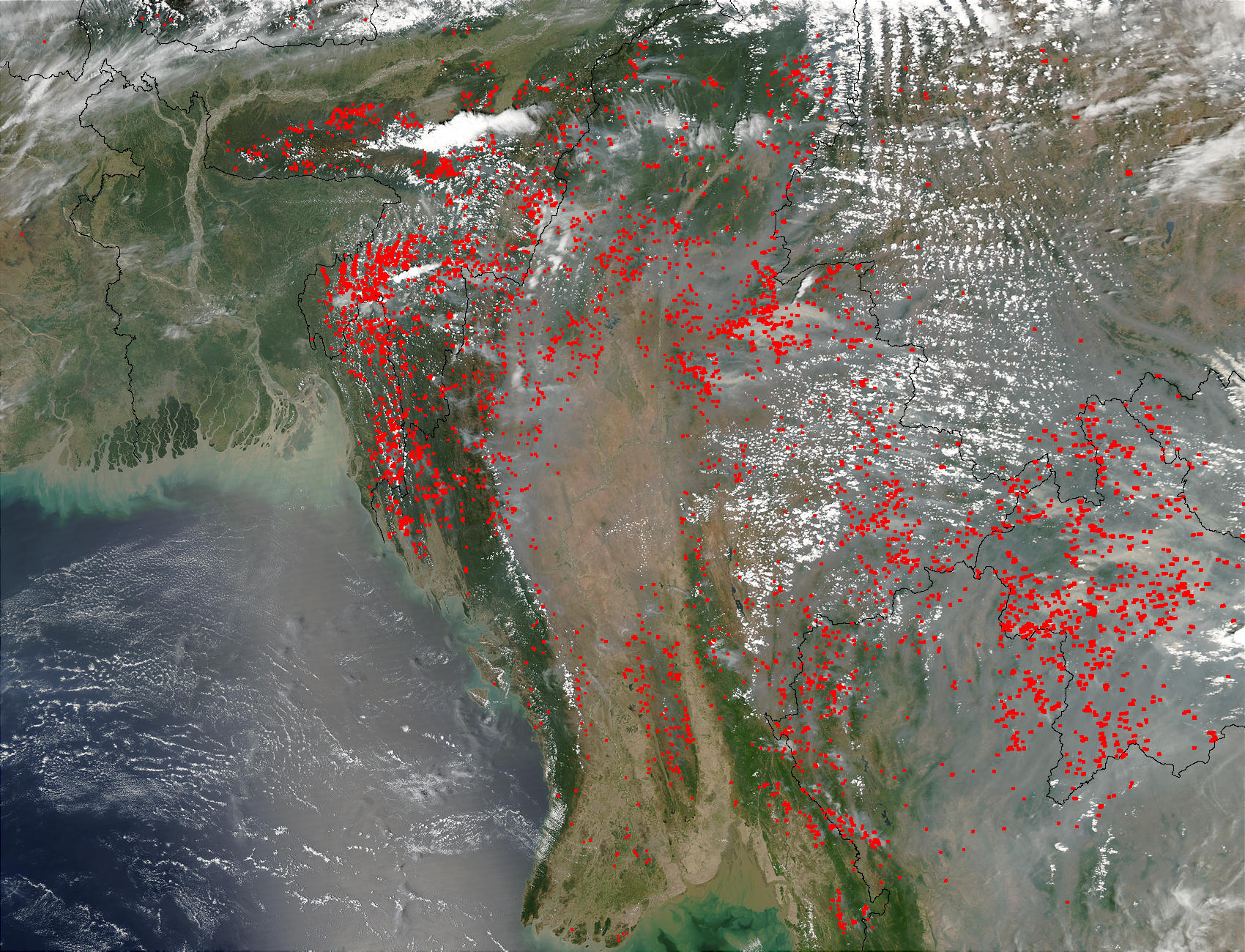 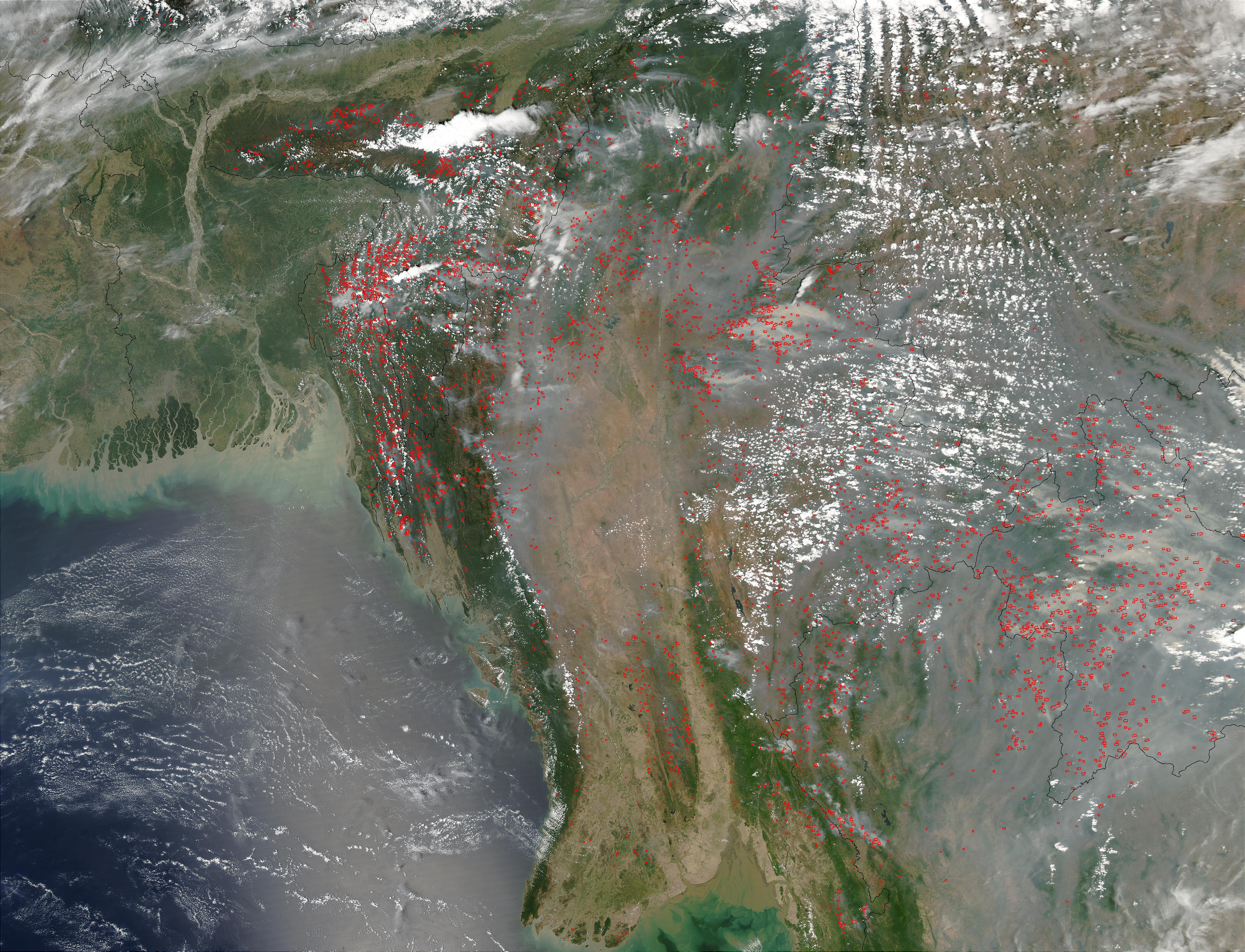 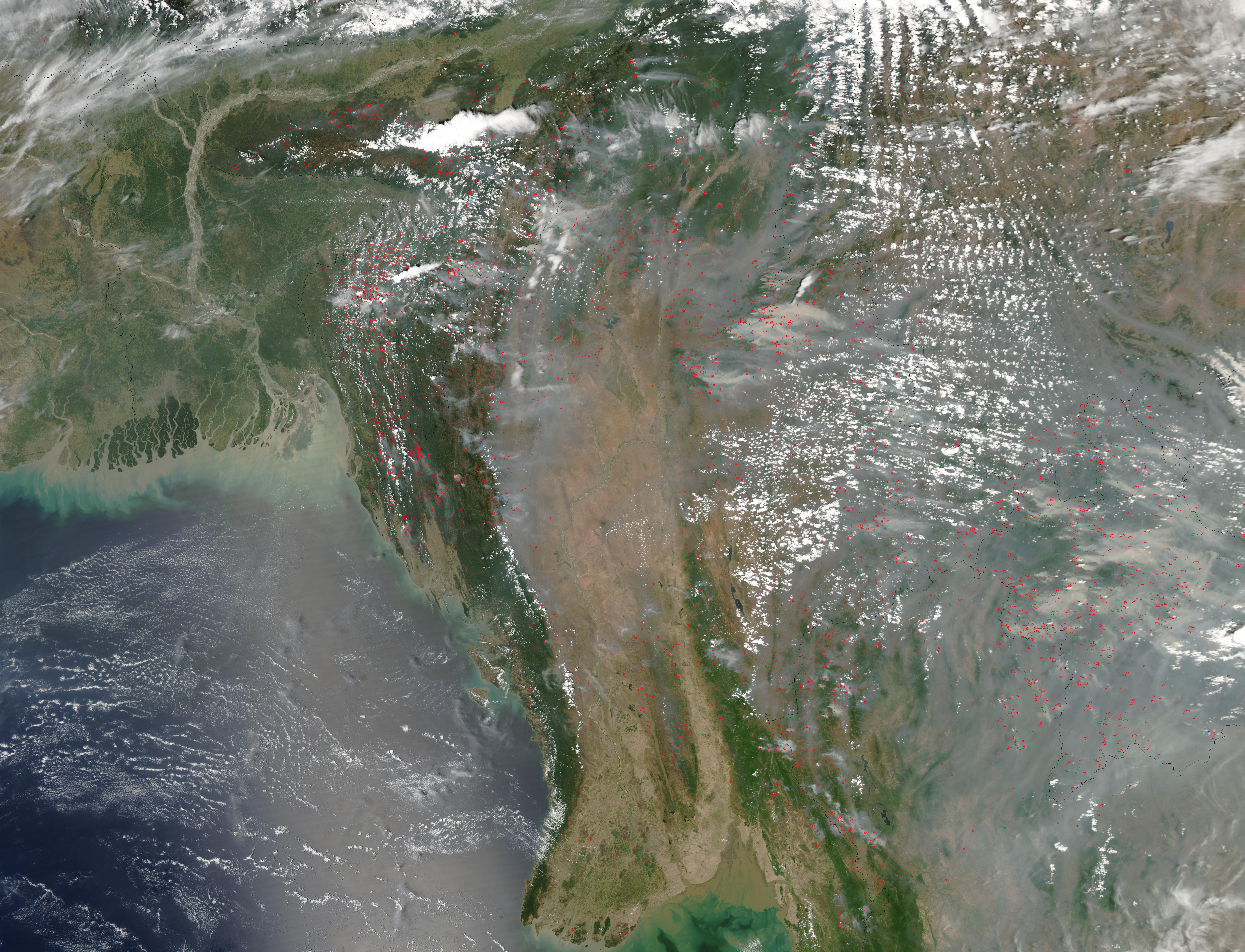 Smoke and Fires in Southeast Asia

On April 8, 2003, the Moderate Resolution Imaging Spectroradiometer (MODIS) on the Aqua satellite captured this image of intense biomass burning across Southeast Asia. At left, Bangladesh is free of fires, while to the east, eastern India is covered by red dots indicating active fires. Fires are widespread across Myanmar (center), and (top right to bottom) China, Vietnam, Laos, and Thailand. A grayish pall of smoke hangs over most of the area. In the center of the visible portion of Laos, smoke is especially thick. Compare this to a Terra image (also in this series) acquired earlier in the day.