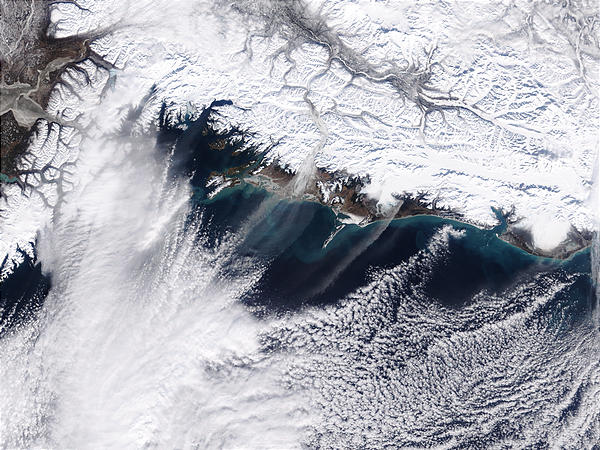 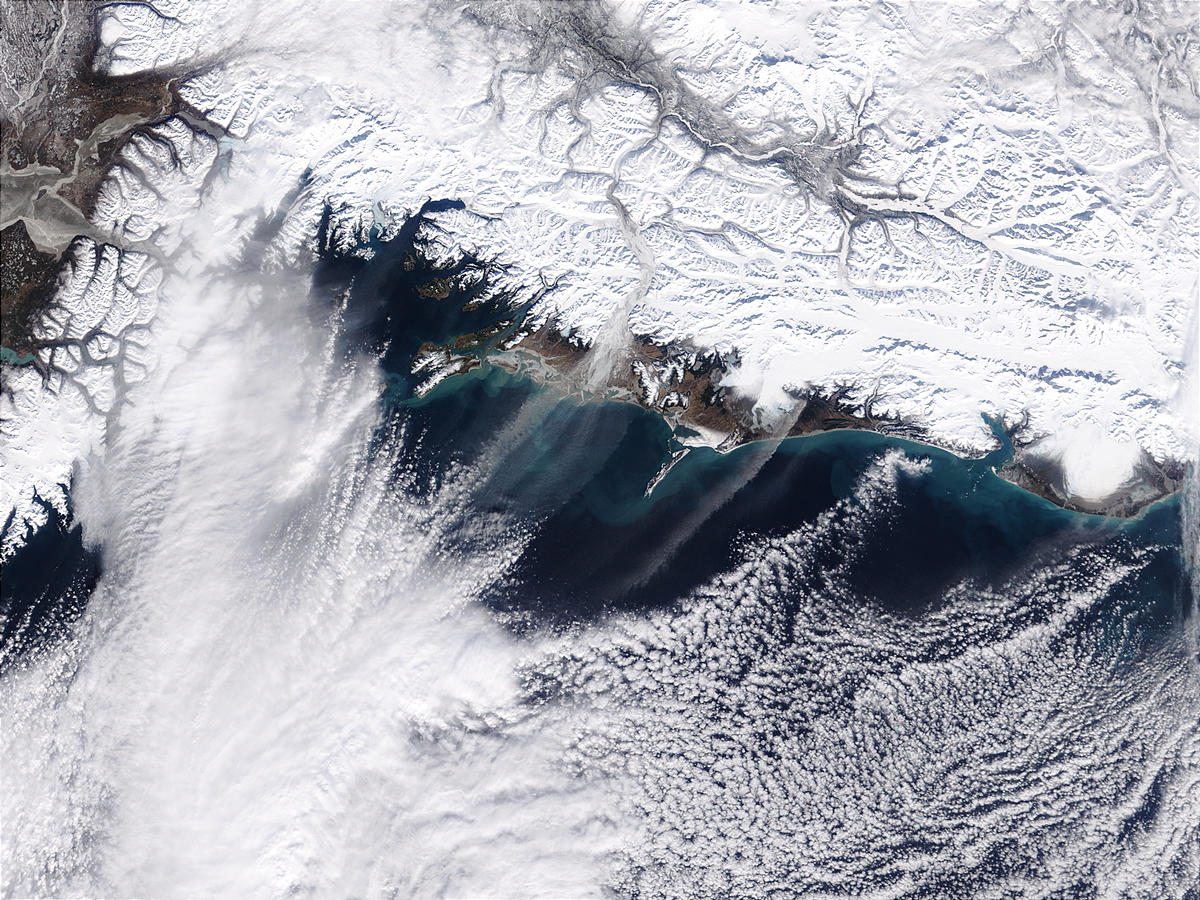 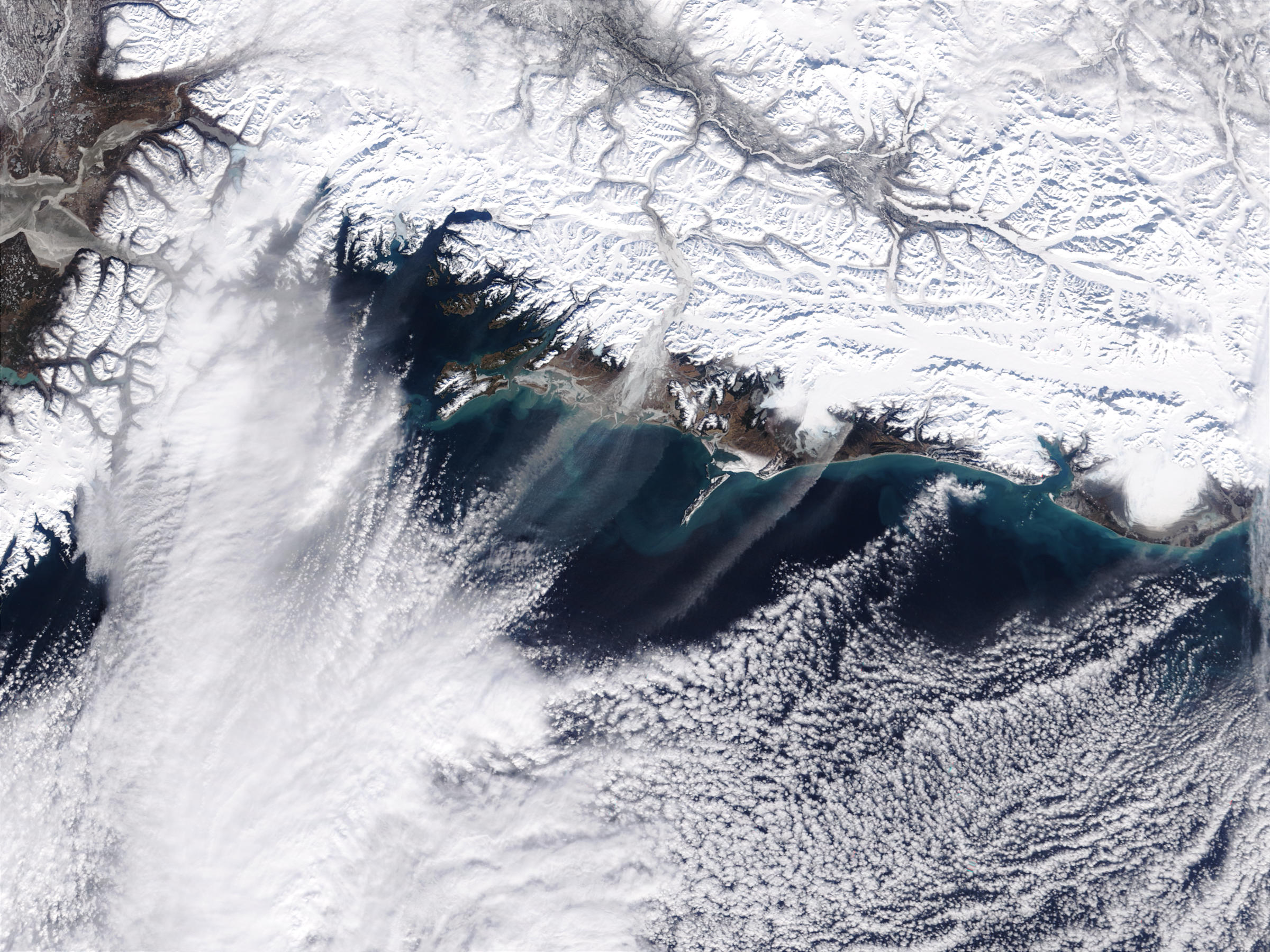 The rivers that empty into the Gulf of Alaska along the state´s southern coast carry large volumes of fine glacial silt—fine sediments produced by glaciers grinding down the mountains. This glacial silt gets deposited along river banks, in sandbars, and at the terminus of glaciers, giving the deltas of the southern coastal rivers a silvery-gray appearance in satellite imagery.

An early retreat of snow cover this year exposed these piles of silt to the brunt of a strong northerly wind in the second week of March 2003, producing streamers of dust that reached out over the Gulf of Alaska. This true-color Moderate Resolution Imaging Spectroradiometer (MODIS) image from the Terra satellite on March 13 shows three different plumes. The largest, central stream is emanating from the Copper River Delta. The thinner stream to its east is coming from the silt at the terminus of the Bering Glacier. The third, and smallest plume, tucked over against the far right edge of the high-resolution image, is dust from the terminus of the Malaspina Glacier. Other sources of blowing dust were sand and silt put down on snow-packed roadways earlier in the winter.

The winds driving the dust were severe, with gusts up to 99 miles per hour (mph) measured on the ground. Control towers at the Anchorage Airport measured gusts of 109 mph, and the airport was closed for nine hours as a result. Numerous injuries and damages were reported across the region.