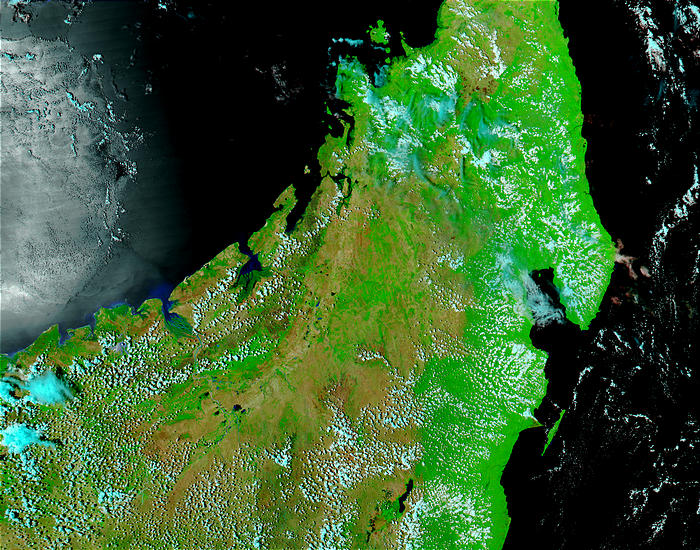 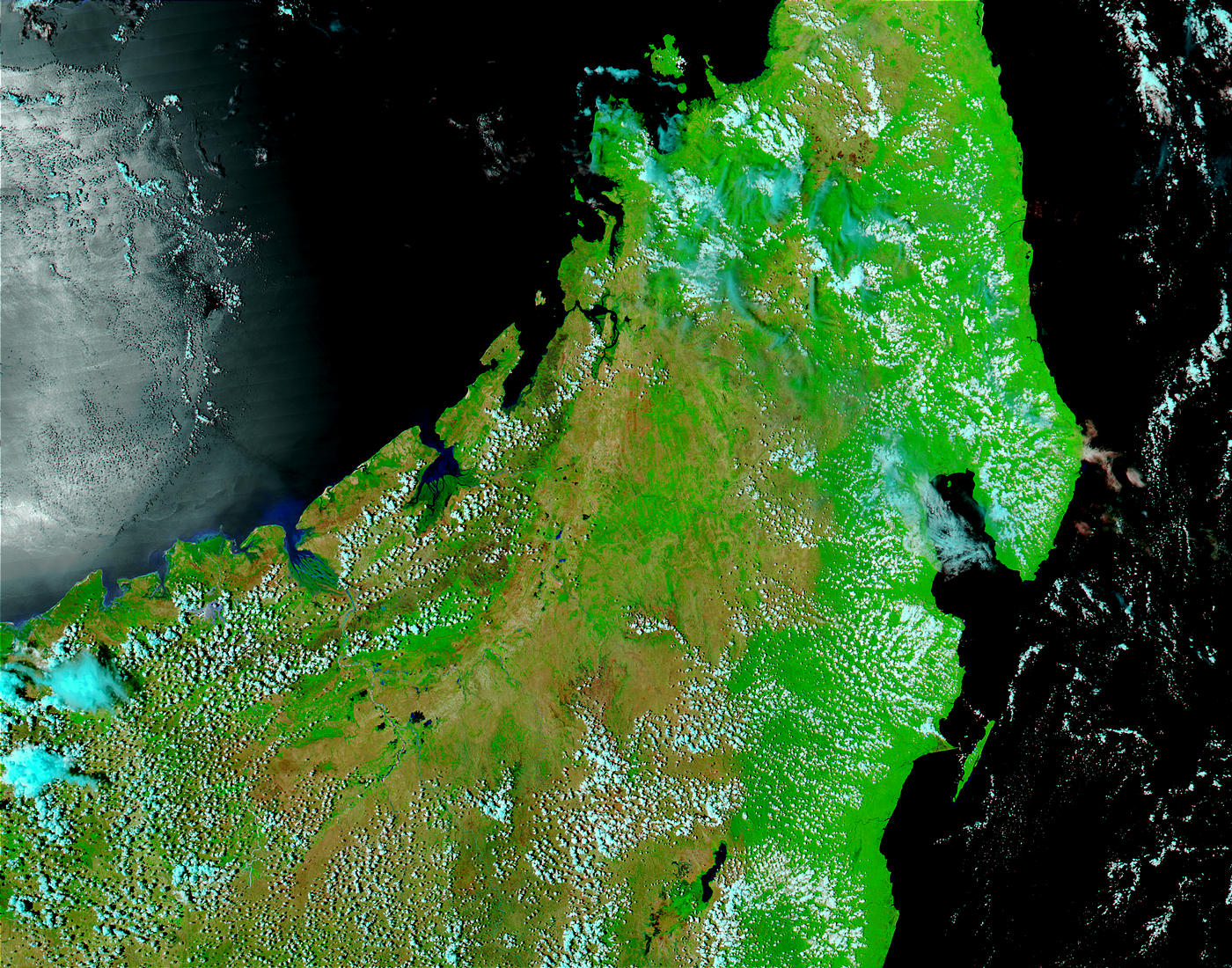 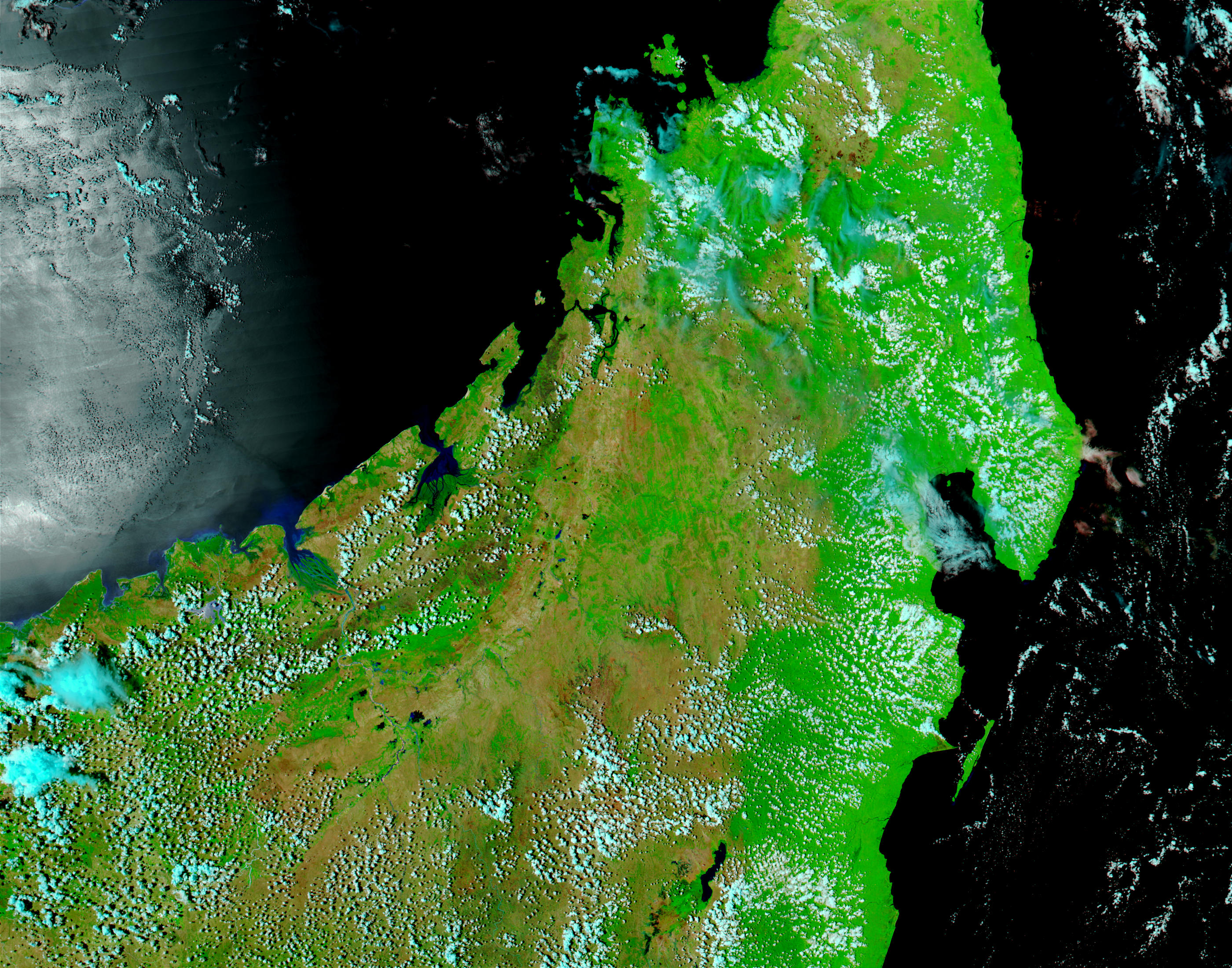 In January, two weeks of heavy rain inundated Madagascar just before the island was struck by Cyclone Fari. This series of images by the Moderate Resolution Imaging Spectroradiometer (MODIS) instruments aboard NASA.s Terra and Aqua satellites displays flooding in northwest Madagascar on January 31, 2003. Prior to being hit by the cyclone, floods throughout the country killed 13 people and forced several thousand from their homes.

In these false-color images, water is solid blue and black, land is green and brown, and clouds are light blue and white. Normally, the rivers and lakes in northwest Madagascar are much less swollen (December 6, 2002).