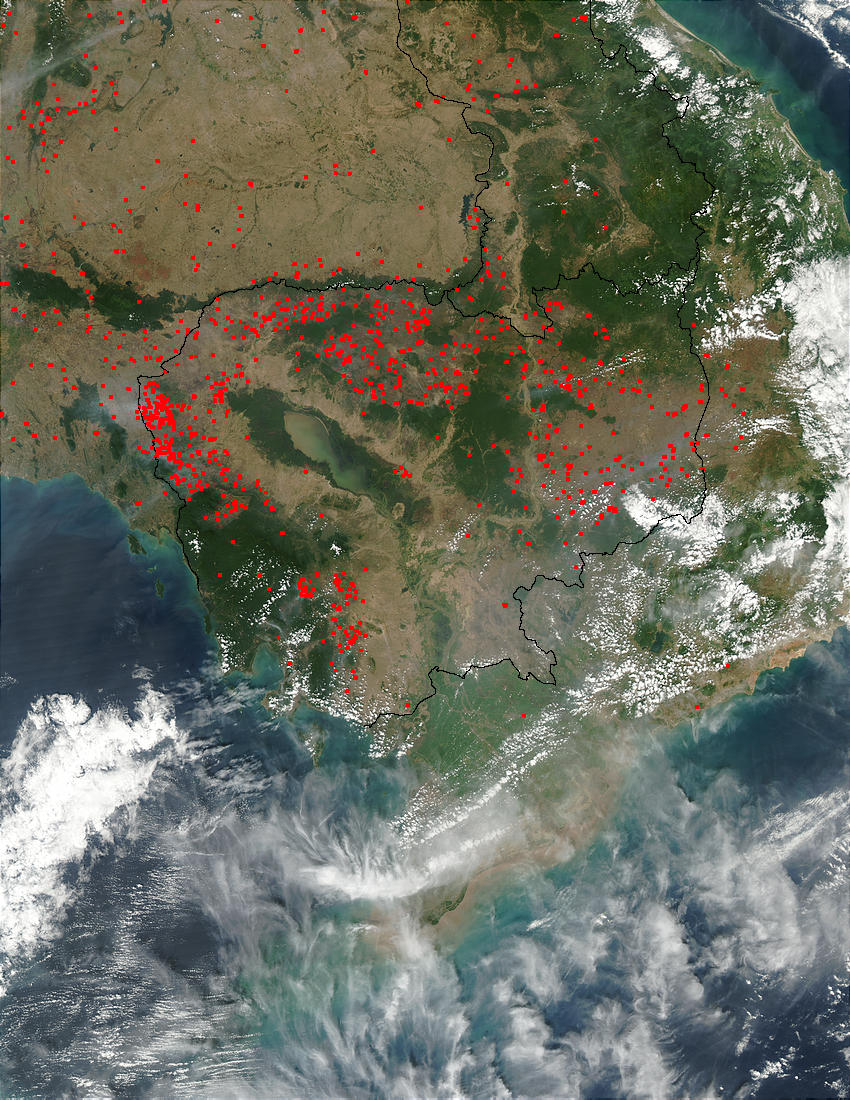 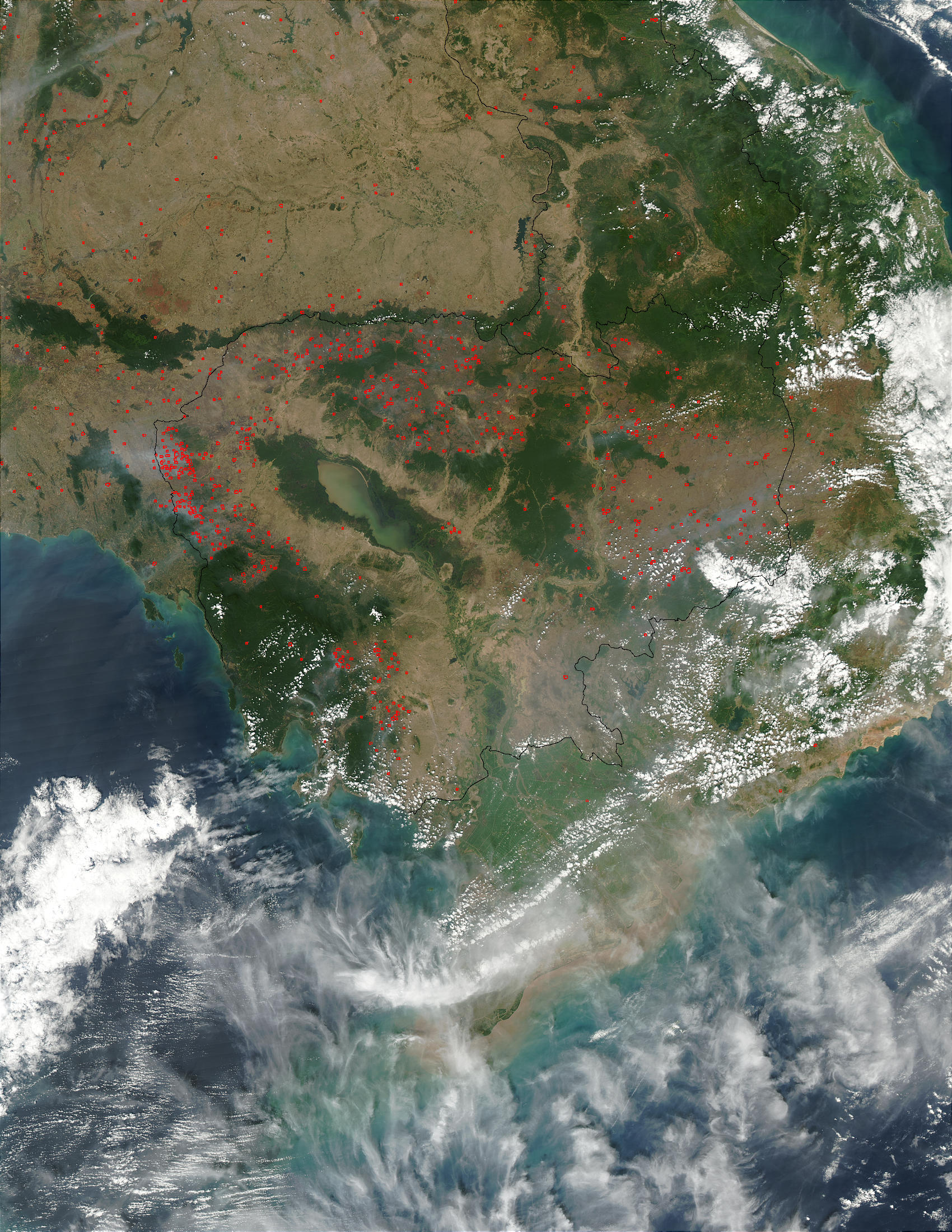 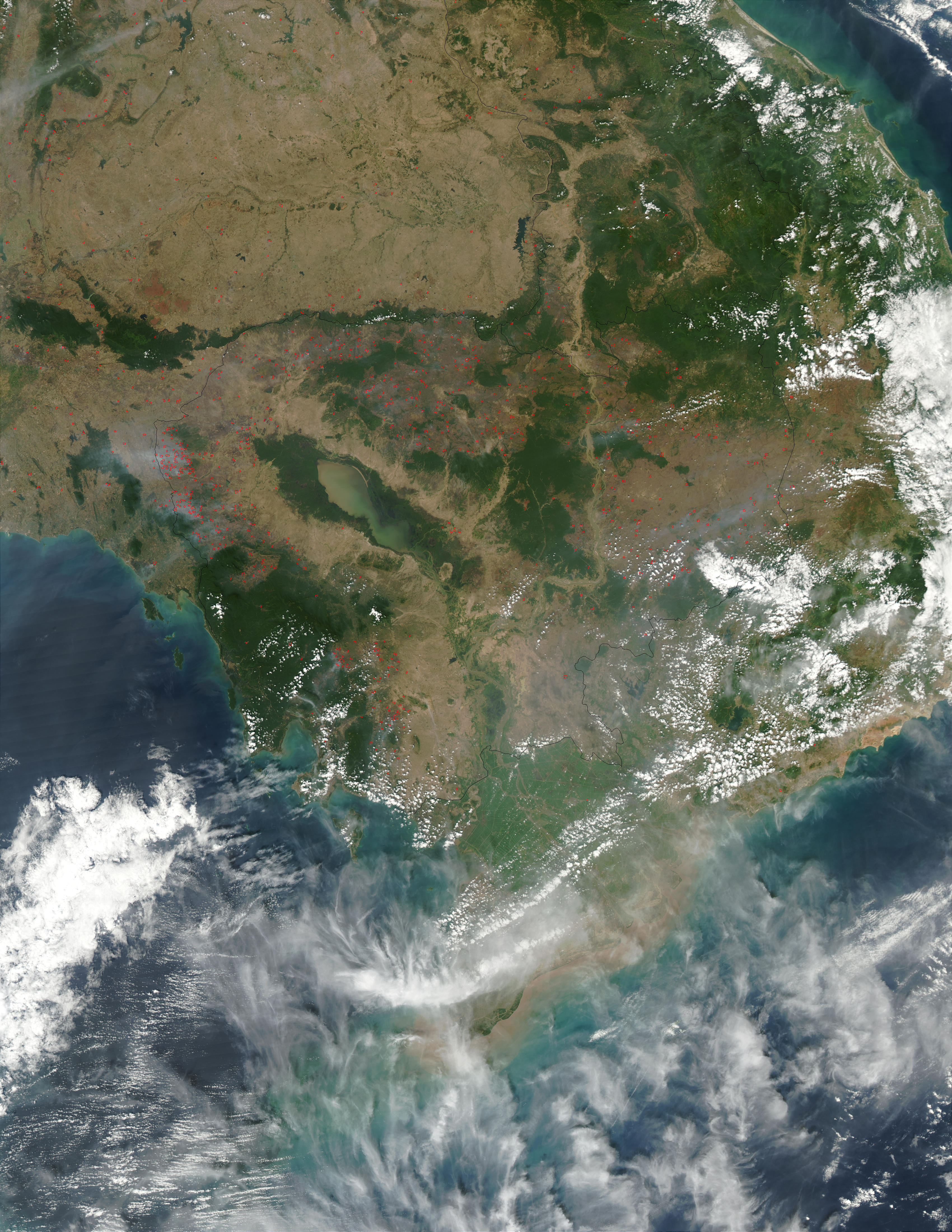 Like most parts of the world, the burning in Southeast Asia exhibits a diurnal (daily) cycle, in which burning is less widespread in the morning and increases throughout the day. Compare this afternoon image of Southeast Asia, including (left to right) Thailand, Cambodia, Laos, and Vietnam, captured by the Moderate Resolution Imaging Spectroradiometer (MODIS) on the Aqua satellite to the same area captured by Terra MODIS in the morning. Note the dramatic increase in fires (red dots) in the afternoon image. This image was acquired Jan. 31, 2003.