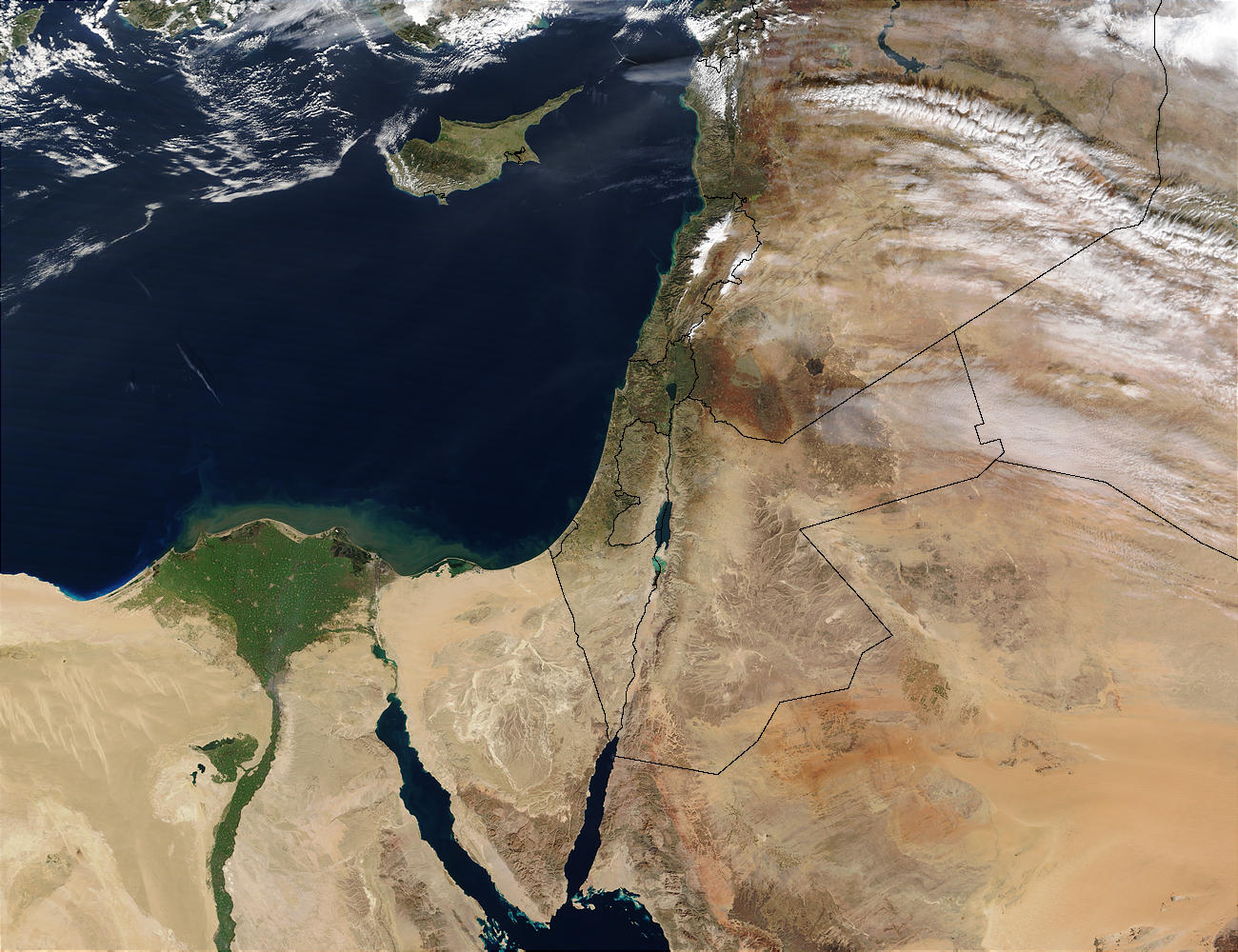 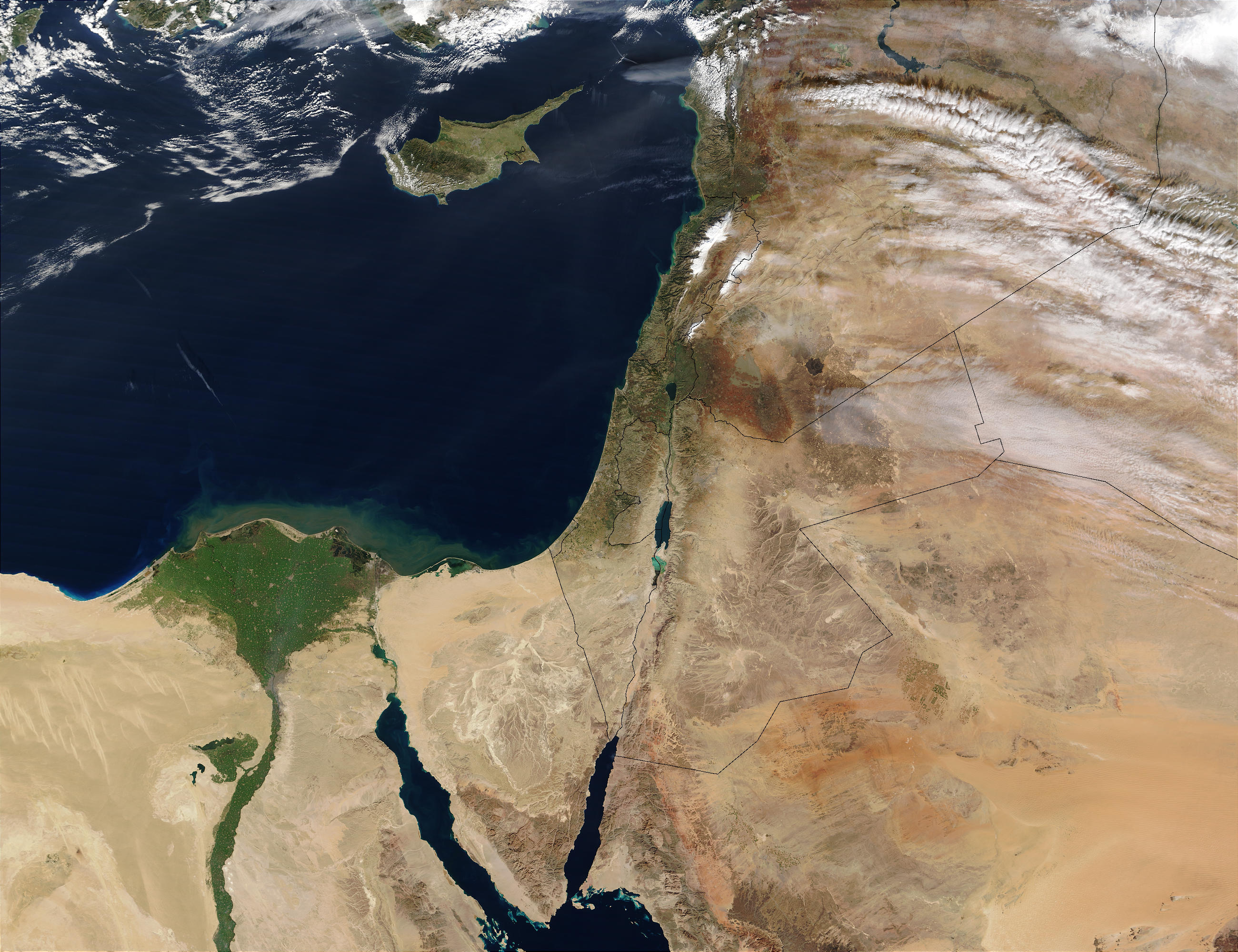 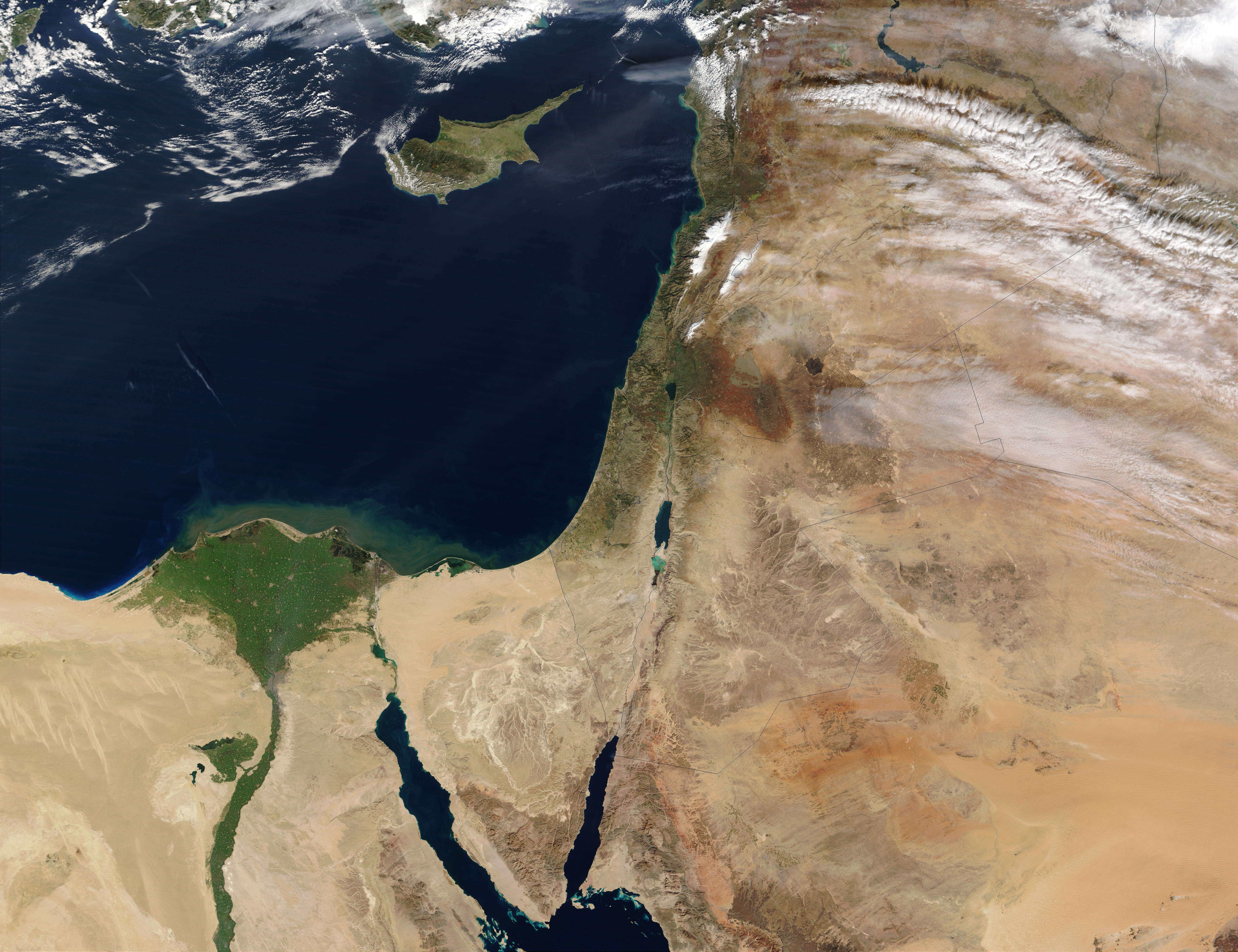 Several large, thick plumes of desert dust (brownish pixels) were blowing from Egypt and Libya northward over the Mediterranean Sea, on January 12, 2003. The Greek island of Crete is partially obscured by the dust in the upper left of this scene. The island of Cyprus is in the upper right of this image, just to the east of the dust plume. Roughly in the center, the Nile Delta fans out in green against the surrounding desert. Southeast of the island of Cyprus, snow dusts the mountains in Lebanon. The image from January 6 shows clear skies over the region. These true-color images were acquired by the Moderate Resolution Imaging Spectroradiometer (MODIS) aboard the Aqua and Terra satellites.