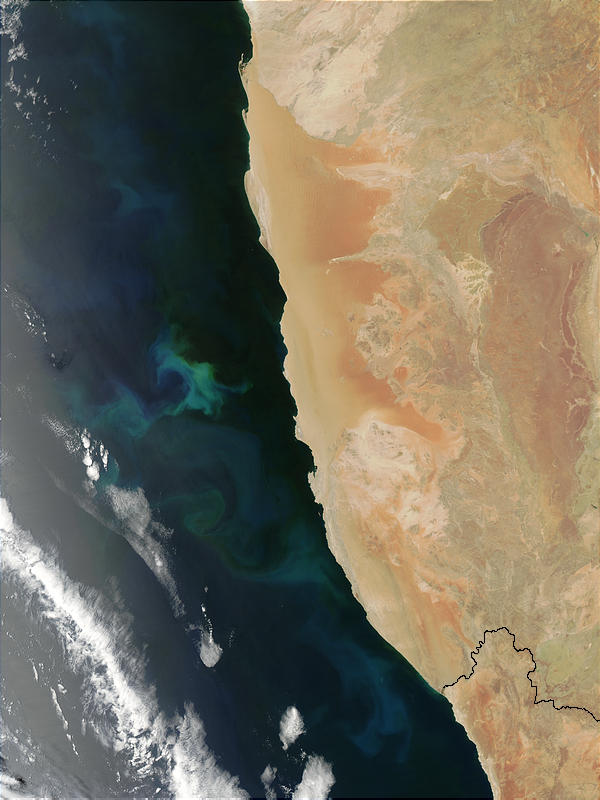 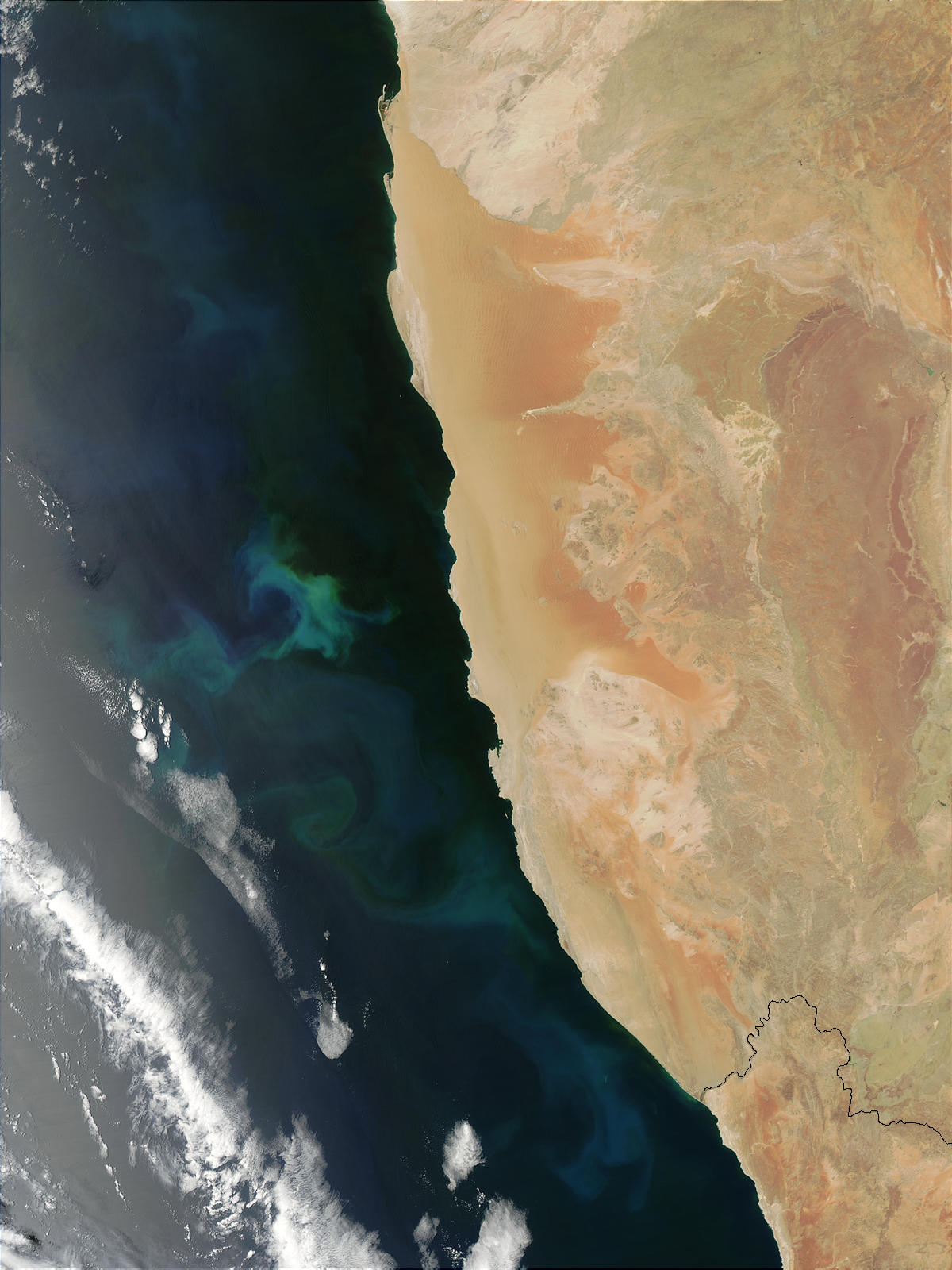 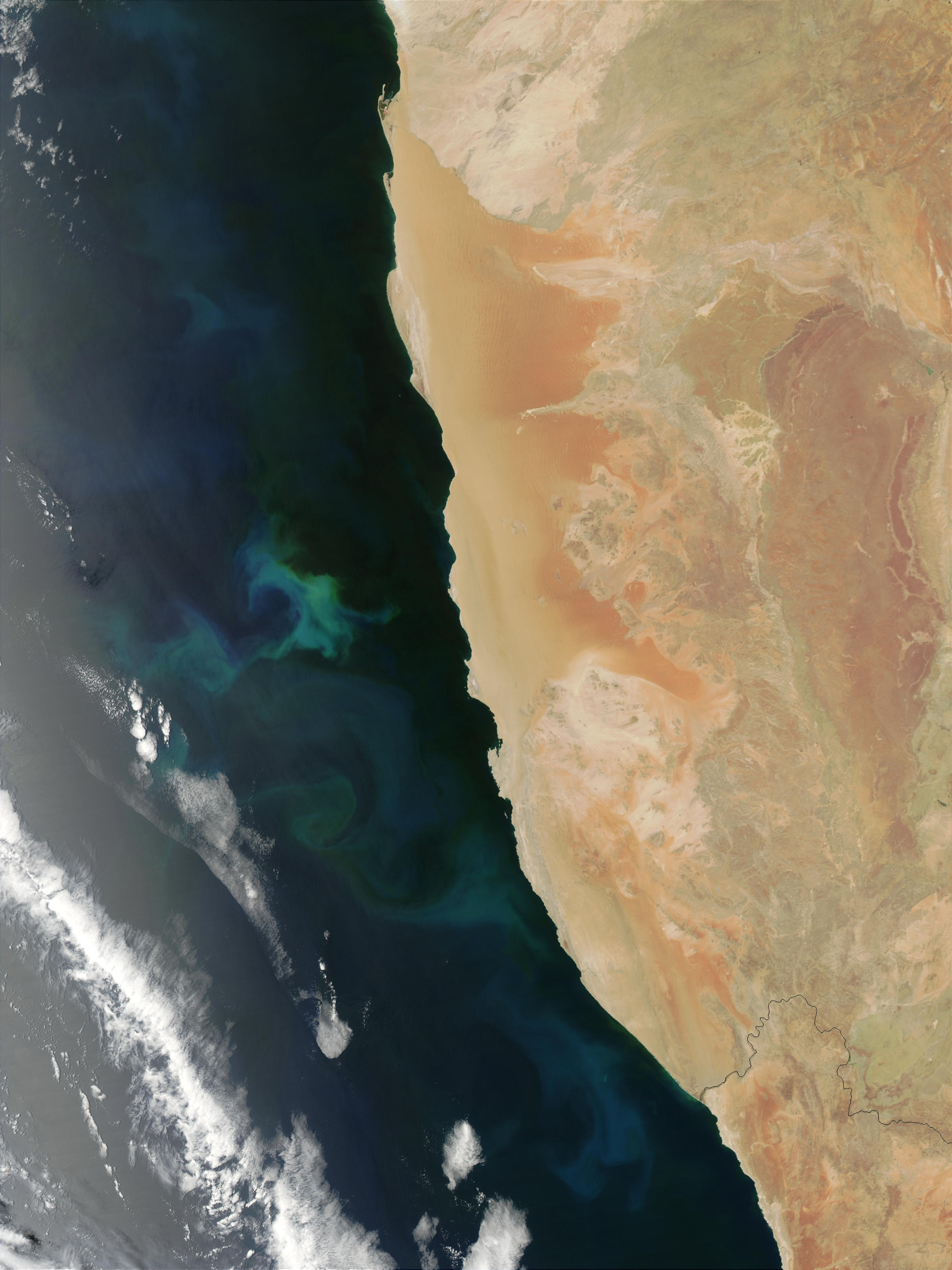 These images from the Moderate Resolution Imaging Spectroradiometer (MODIS) from the Terra satellite and Aqua satellite in late 2002 show the southwest African coastline centered on Namibia. The orange wash along the coast is the Namib Desert, and to its north is the Skeleton Coast, names for the numerous skeletons of ships (and people) that litter the shoreline. The coast is often packed with fog, as on November 15, and the fog combined with the rough seas caused by the Benguela Current flowing up from Antarctica, make the region treacherous. In some of these images, the waters of the southern Atlantic Ocean are swirling with blues and greens. These may be due to plumes of hydrogen sulfide gas welling up from the bottom of the ocean.