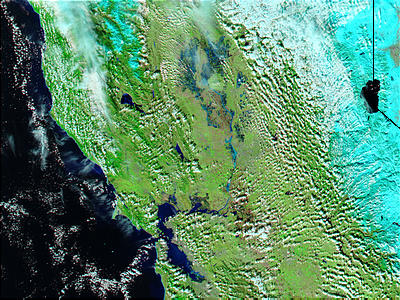 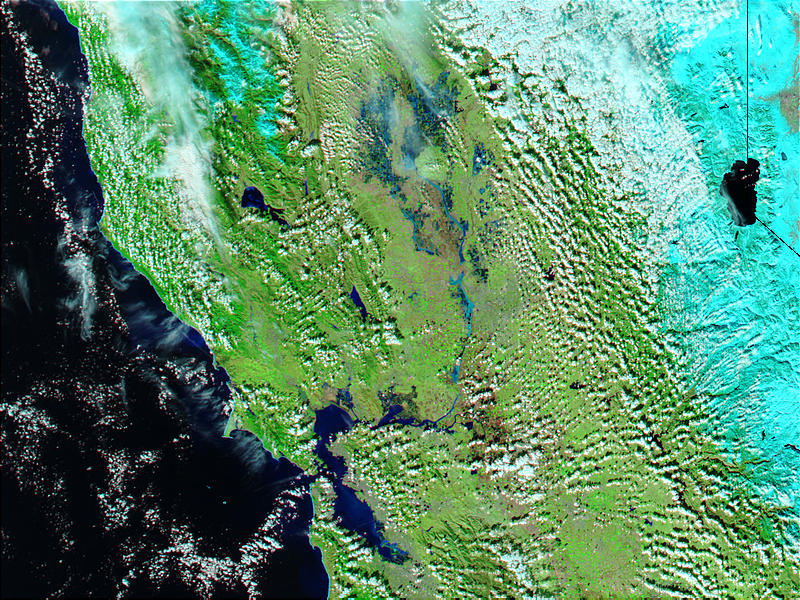 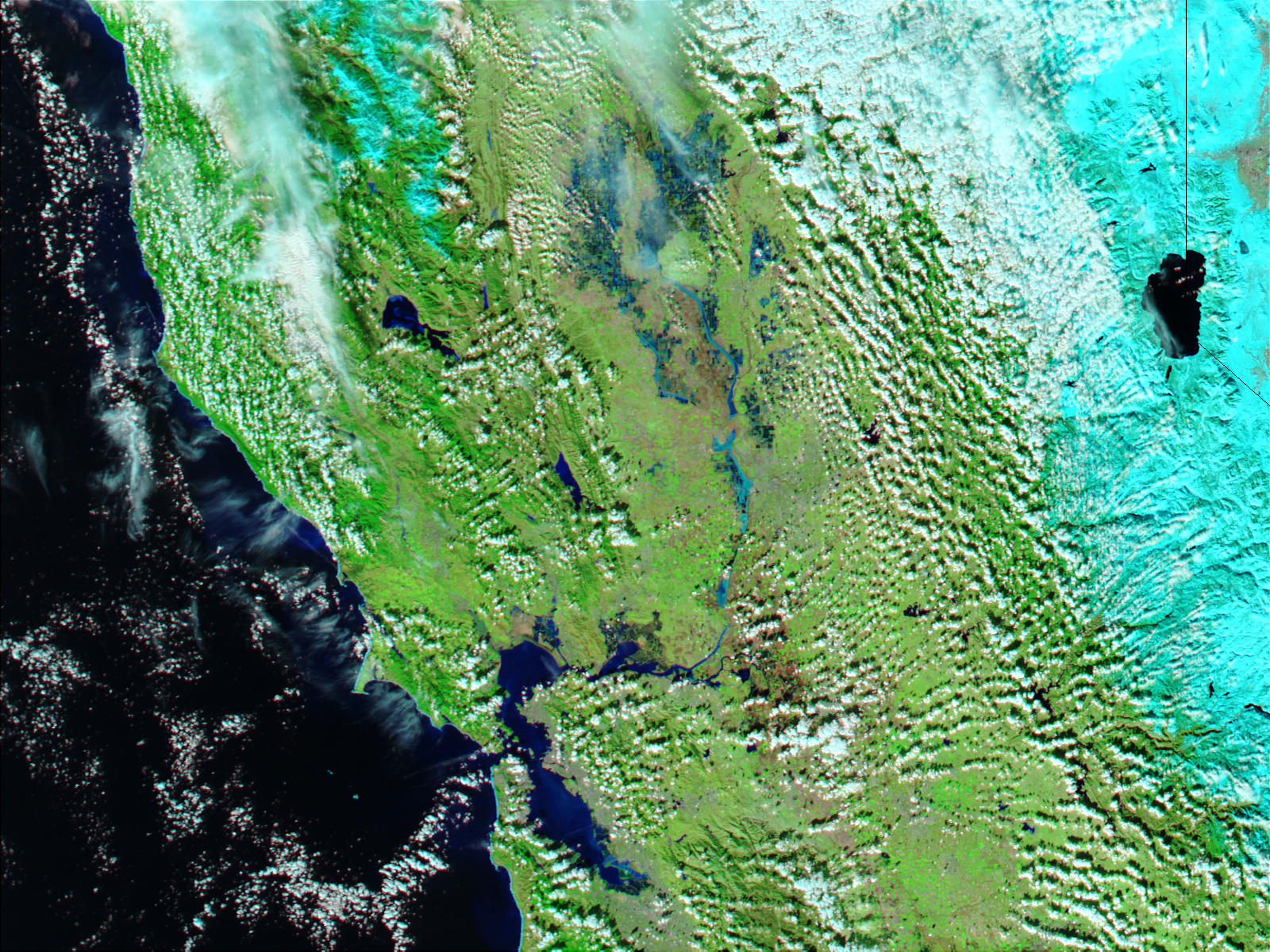 Heavy rains inundated northern California in mid-December 2002 and gave rise to extensive flooding. The above true color image (right) was acquired on December 18, 2002, by the Moderate Resolution Imaging Spectroradiometer (MODIS) aboard the Aqua satellite. The image shows some of the worst of the flooding around the lakes and tributaries surrounding the Sacramento and Feather rivers north of San Francisco Bay. Normally only small sections of these rivers would be visible in the MODIS image (left, acquired December 2, 2002).

The heavy rains were caused by a series of North Pacific storms called extratropical lows. In many areas, rain totals exceeded 16 inches. The series of storms may be related to a moderate El Nino currently active across the equatorial Pacific Ocean.