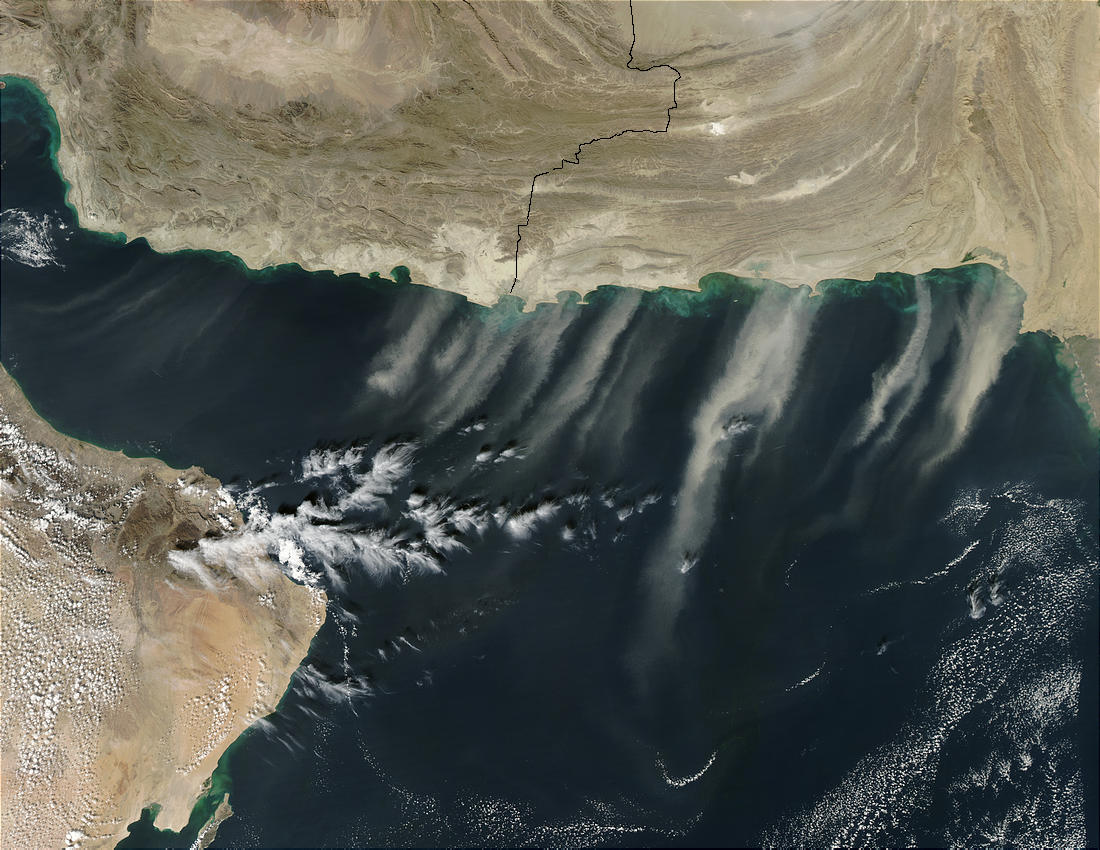 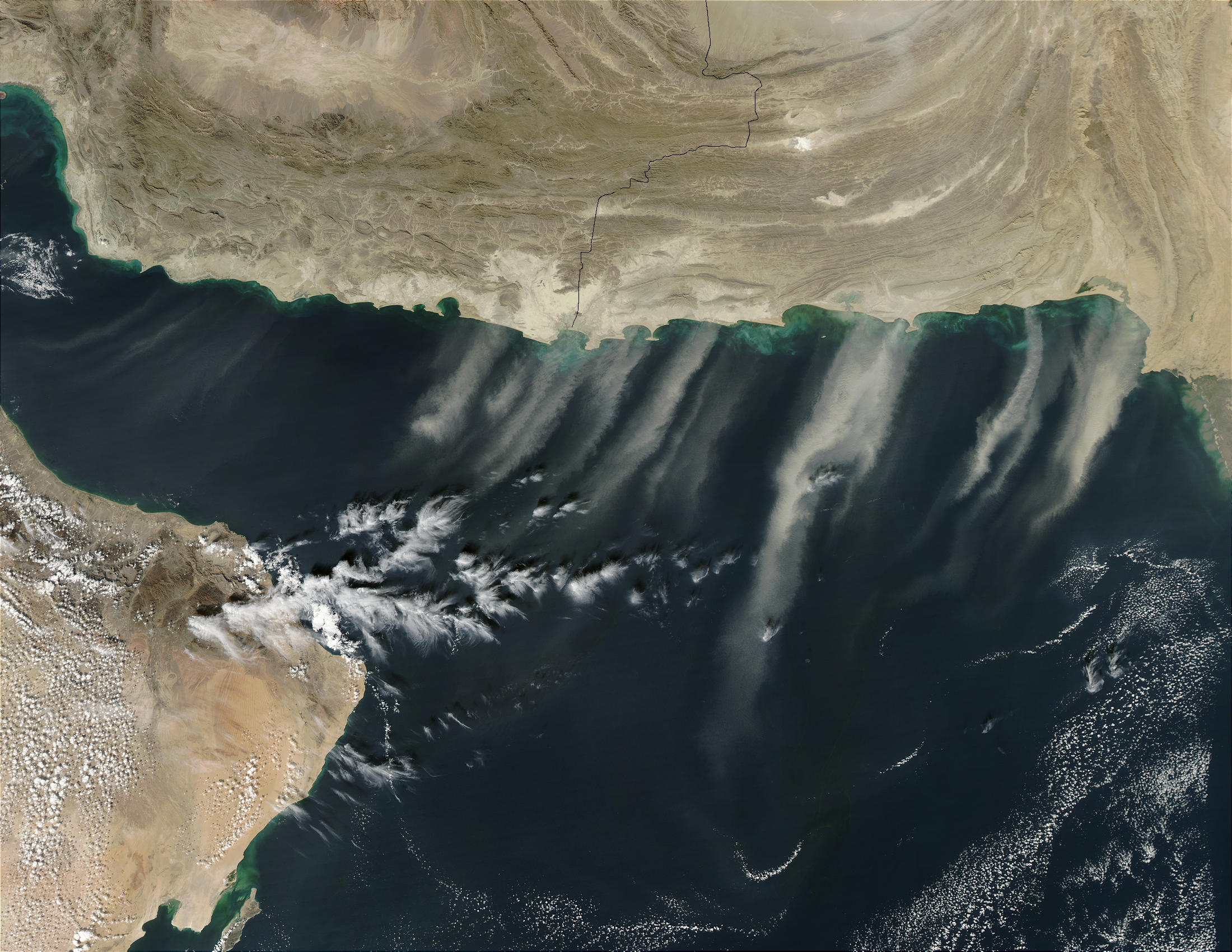 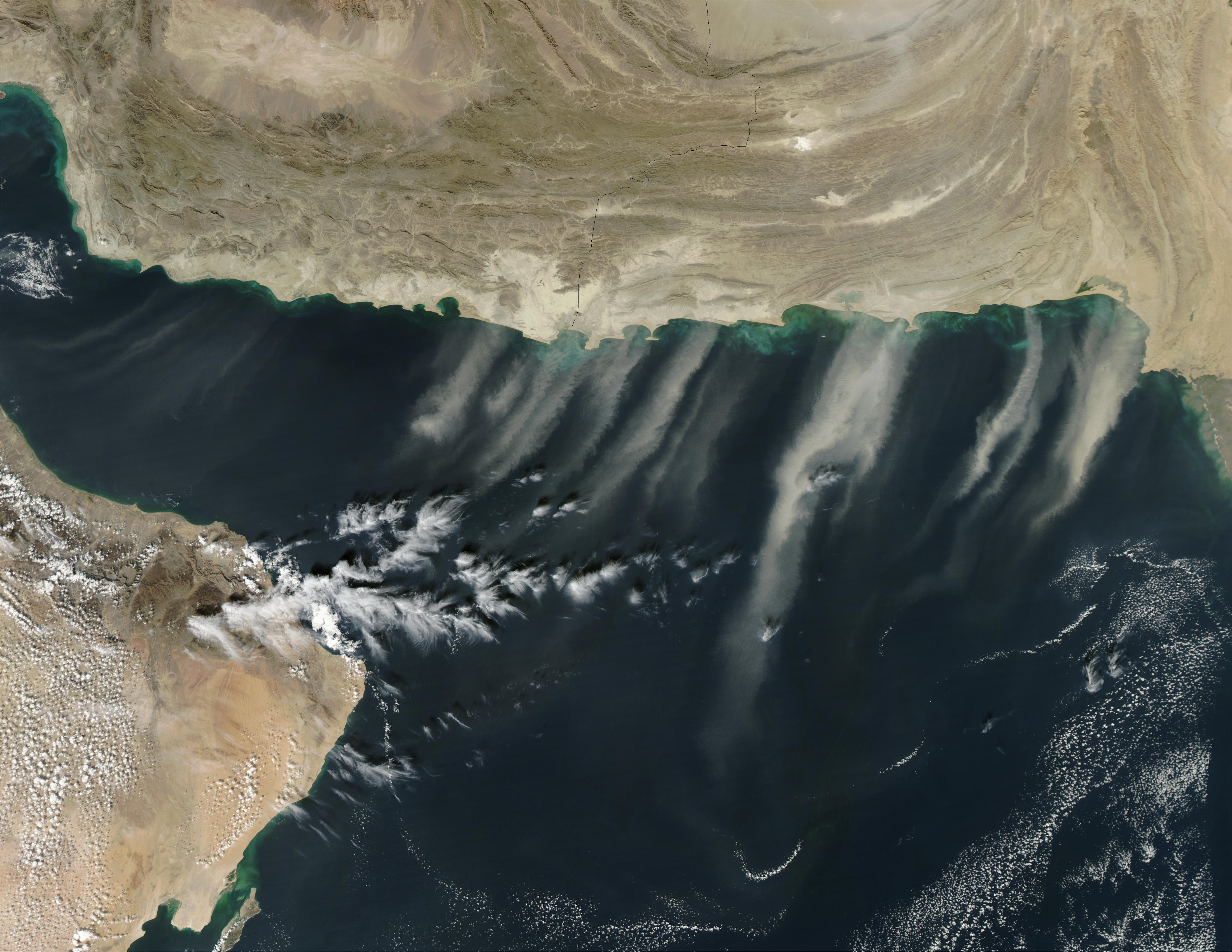 Dust over the Arabian Sea

Streamers of dust blow out over the Gulf of Oman and the Arabian Sea from Iran (upper left)and Pakistan (upper right) in this true-color Aqua MODIS image. Thisregion of the world is known for its arid desert climate, the evidence ofwhich are these dust plumes. The longest plume is easily 250 kilometerslong, with the rest around 125 km each.

Also visible along the coasts of Iran, Pakistan, and Oman (the countryon the eastern tip of the Arabian Peninsula) are bright green swirls inthe waters of the two seas. These colors are caused by sunlightreflecting off of what is likely sediment in the water, and the water’smovement causes the swirls. Just visible on the eastern edge of the imageis the outlet of the Indus River. Each mouth of the river releases abrown bloom of sediment into the Arabian Sea that turn green as it disperses. This image was acquired December 4th, 2002.