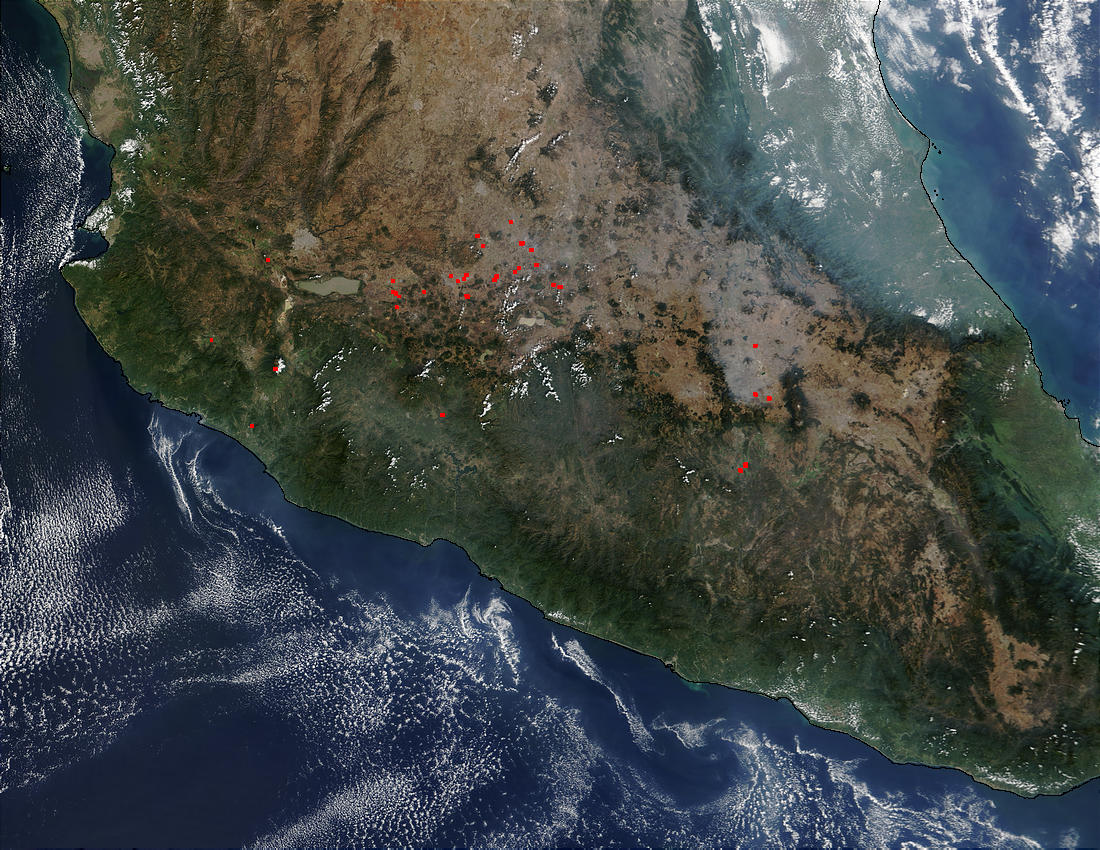 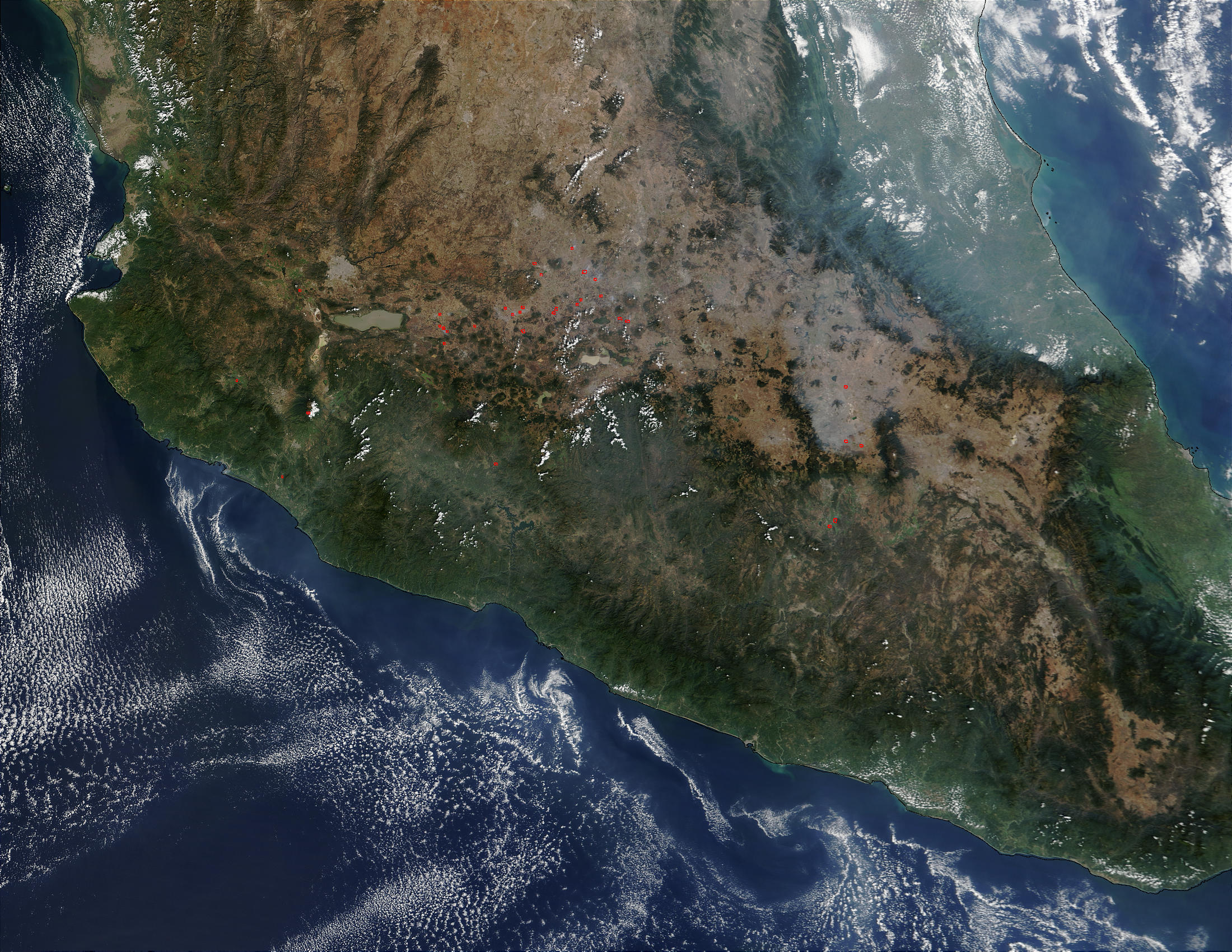 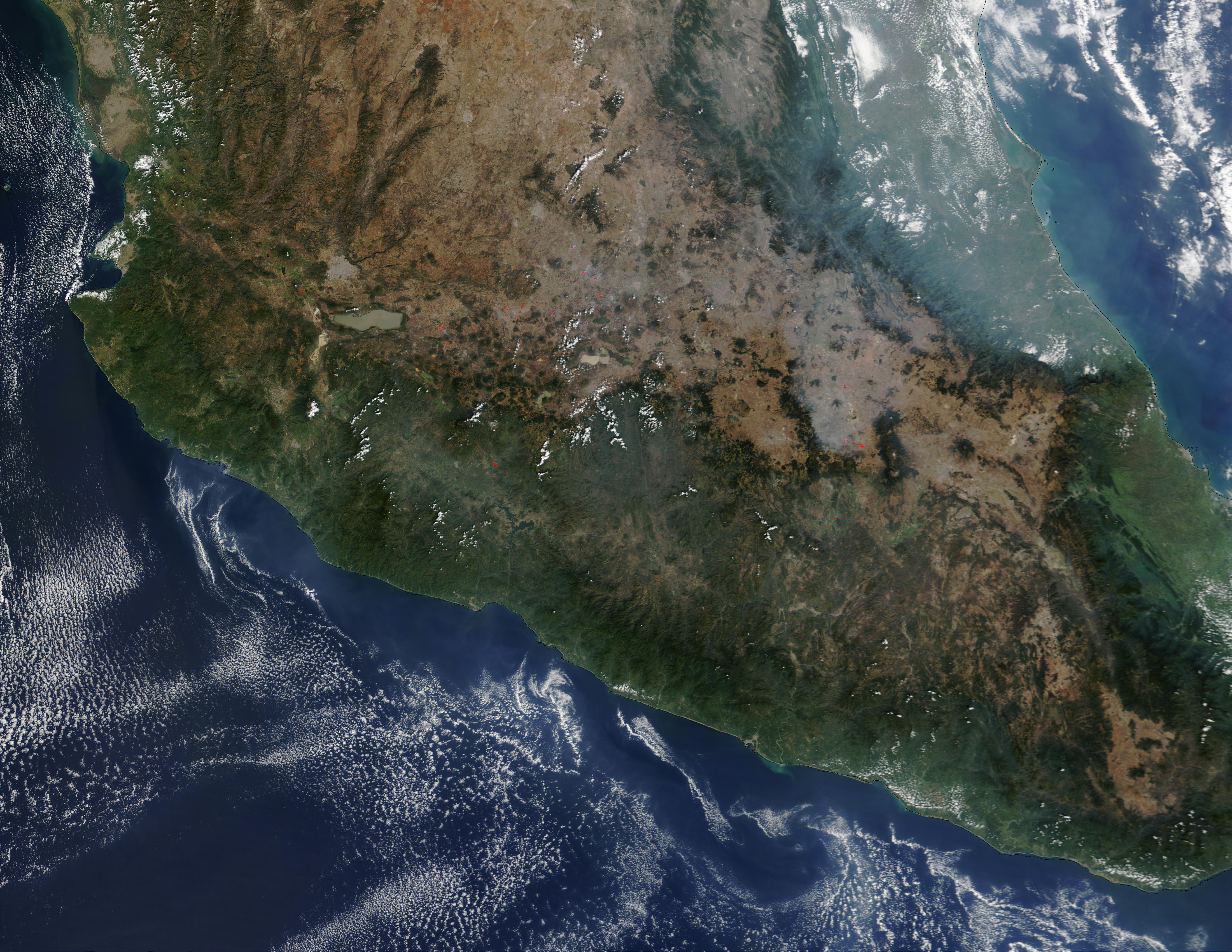 Set against thesapphire blue waters of the Pacific Ocean and Gulf of Mexico, centralMexico boasts a dazzling array of colors and landscapes, from verdantgreen tropical forests to black mountains to caramel-colored,high-altitude deserts. The Sierra Madre Occidental Mountains march downthe western portion of Mexico, while the Sierra Madre Oriental Mountainsmarch down in the east. Mexico City, the country’s capital, sits in asmall valley to the right of the image center, and is very near threesmall fires, marked in red. To the left of Mexico City is the city ofToluca, which appears as a small, dark gray smudge. Far to the west,north of the Laguna de Chapala (left of center), is the city ofGuadalajara, which appears grayish brown against the southern reaches ofthe darker, brown-black Sierra Morone Mountains.

MODIS detected a number of fires scattered through a few Mexicanstates, mostly in Guanajuato and Michoacan (slightly left of center). Air pollution, both from fires and anthropogenic sources, is also quitevisibly casting gray-blue palls over portions of the country. It isespecially noticeable along the image’s northeastern coast, where itobscures much of the land beneath and almost completely hides the Lagunade Tamiahua on the bit of land jutting eastward into the Gulf of Mexico. Rather than spreading over the whole country, the pollution in thenortheast is contained by the Sierra Madre Oriental Mountains and is blownout over the Gulf. This true-color Terra MODIS image was acquiredDecember 4th, 2002.