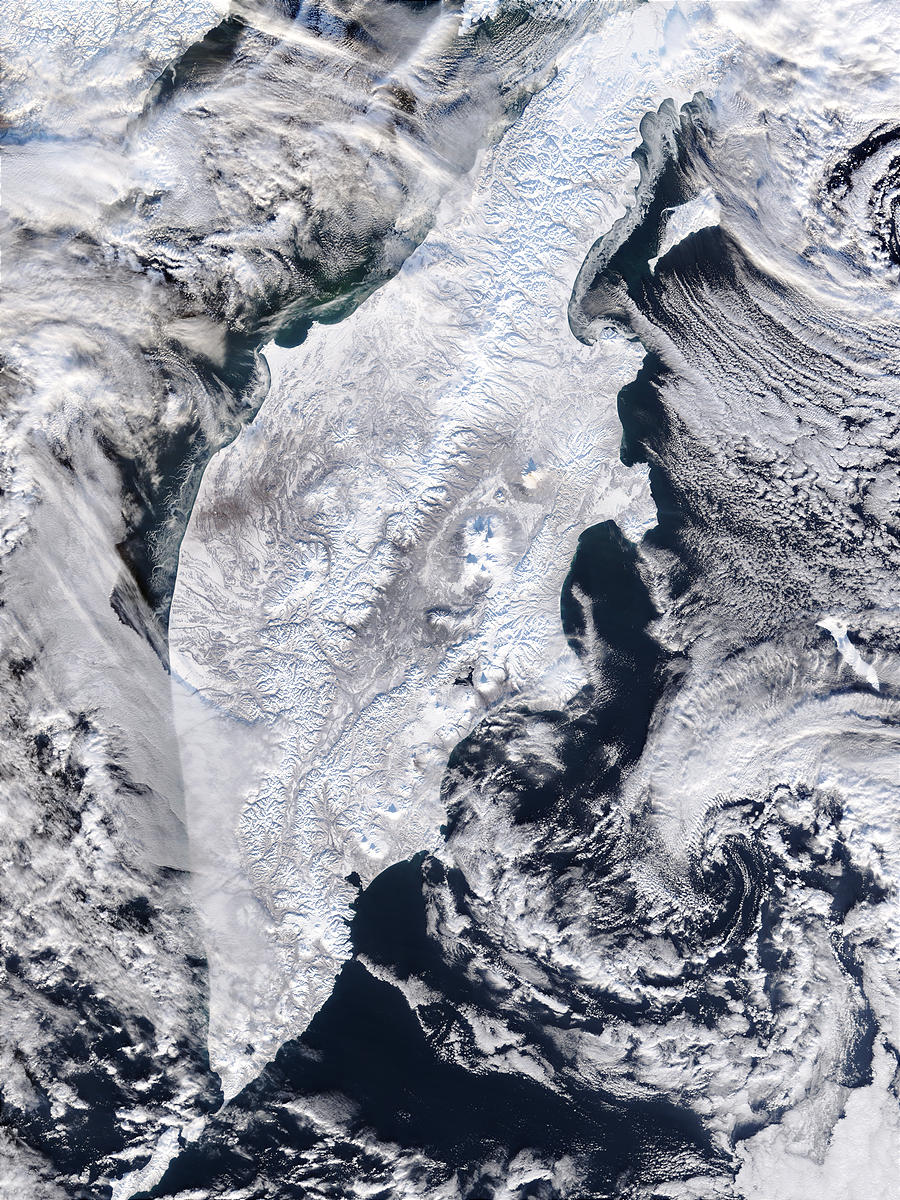 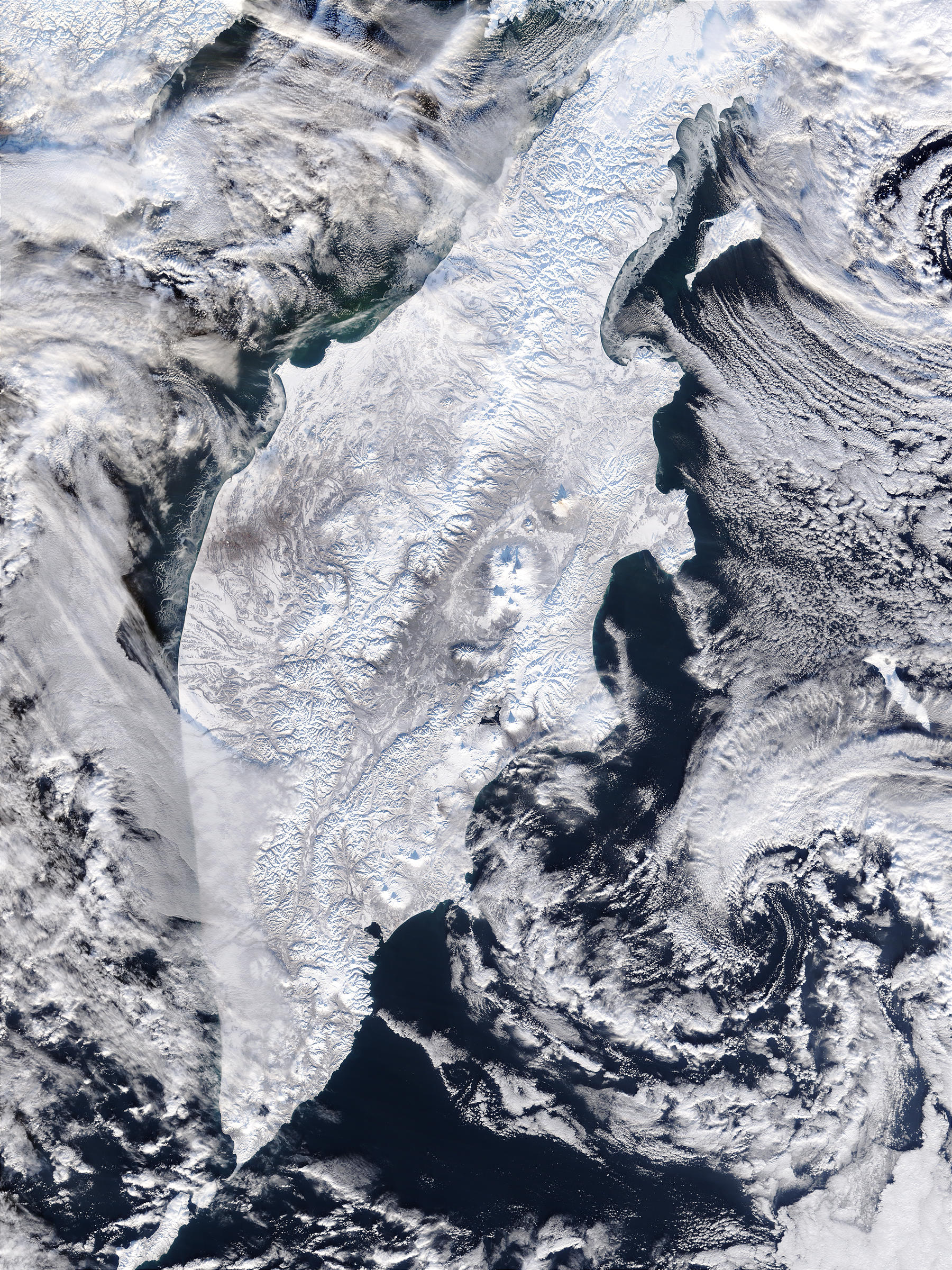 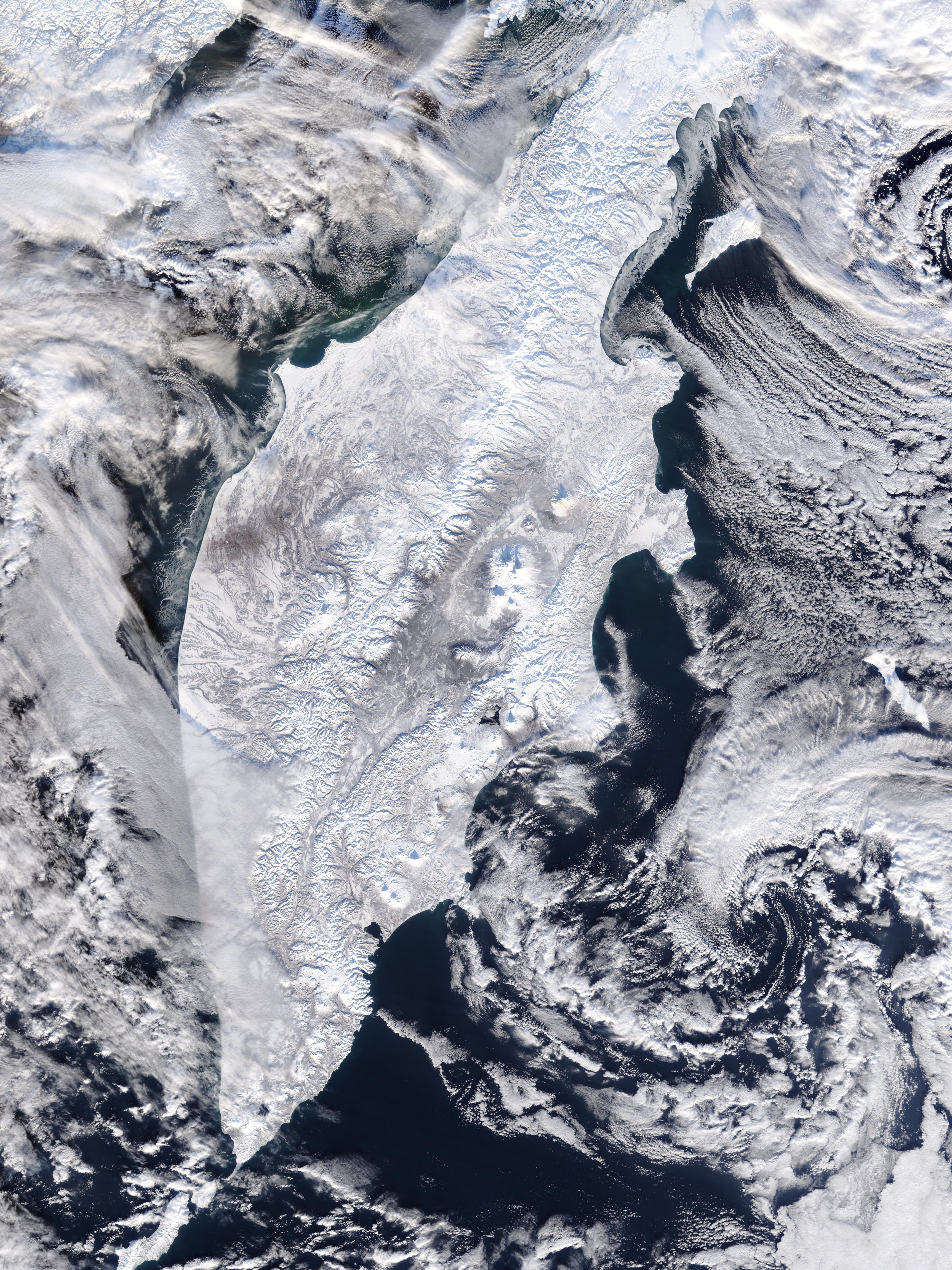 This stunning true-color image of Russia’s Poluostrov Kamchatka (Kamchatka Peninsula) was acquired by the Terra MODIS instrument on December 1, 2002. With clouds swirling in multiple layers over the snow-covered land and icy Okhotskoye More (Sea of Okhotsk) and Bering Sea, this scene captures five minutes of winter in eastern Russia.

Marching down the center of the Poluostrov Kamchatka are the Sredinnyy Khrebet Mountains, which link the northern Japanese island of Hokkaido to Russia via the Kuril'skiye Ostrova (Kuril Islands). To the north the Poluostrov Kamchatka connect to a number of ranges that eventually run to the Bering Strait, which separates eastern Russia from the state of Alaska (USA).

Sometime during the Pleistocene Era, which ended about 10,000 years ago, modern humans crossed the Bering Land Bridge on foot from Eastern Asia to North America. During that period, the last great Ice Age, sea levels dropped approximately 300 feet from modern levels, as much precipitation fell as snow and became locked up in ice sheets and glaciers. When global temperatures began to warm, the ice melted and returned the trapped water to the oceans. The Bering Land Bridge became submerged, and the two continents were once again separated. Current increasing global temperatures are causing sea ice to melt, and sea levels worldwide are rising by about a foot every century.