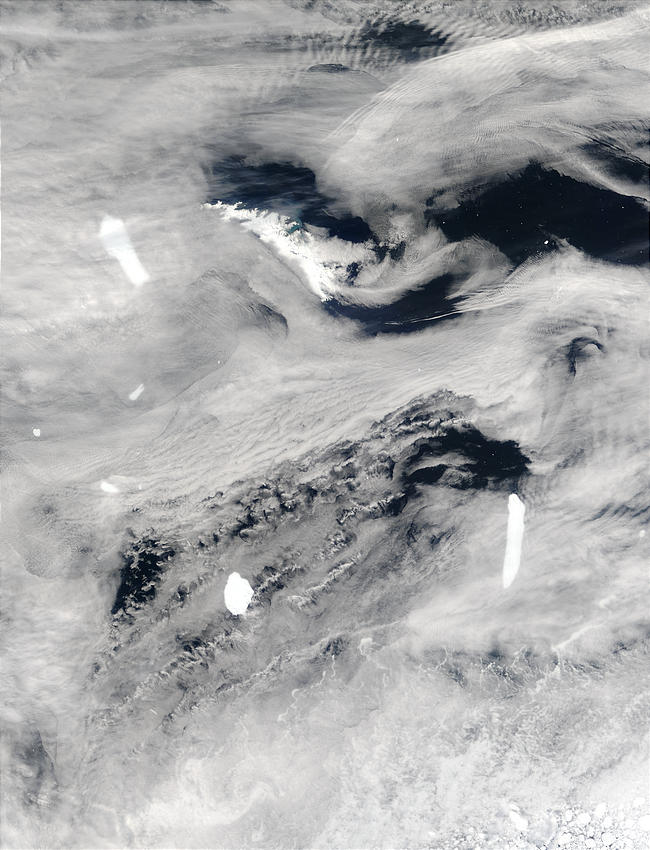 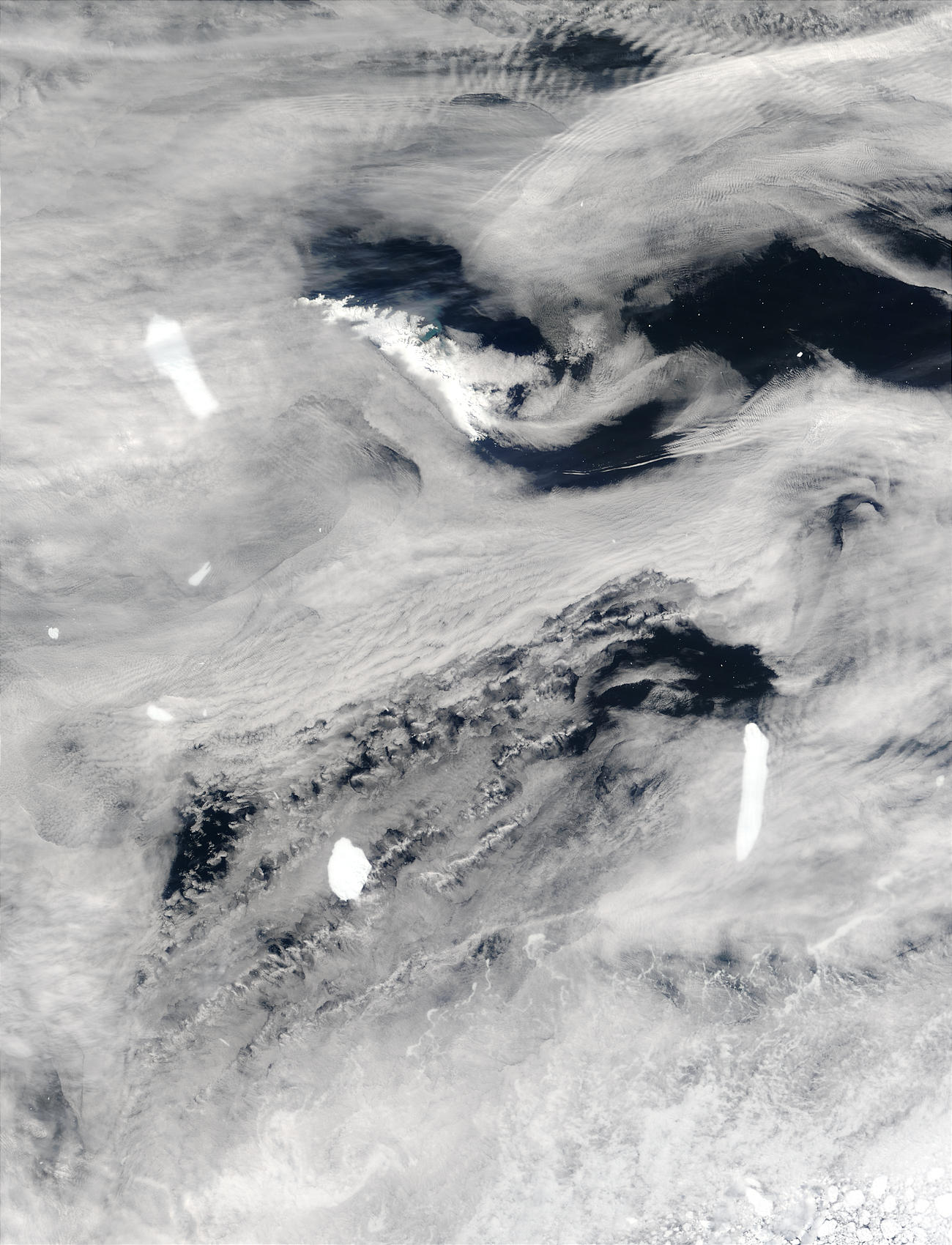 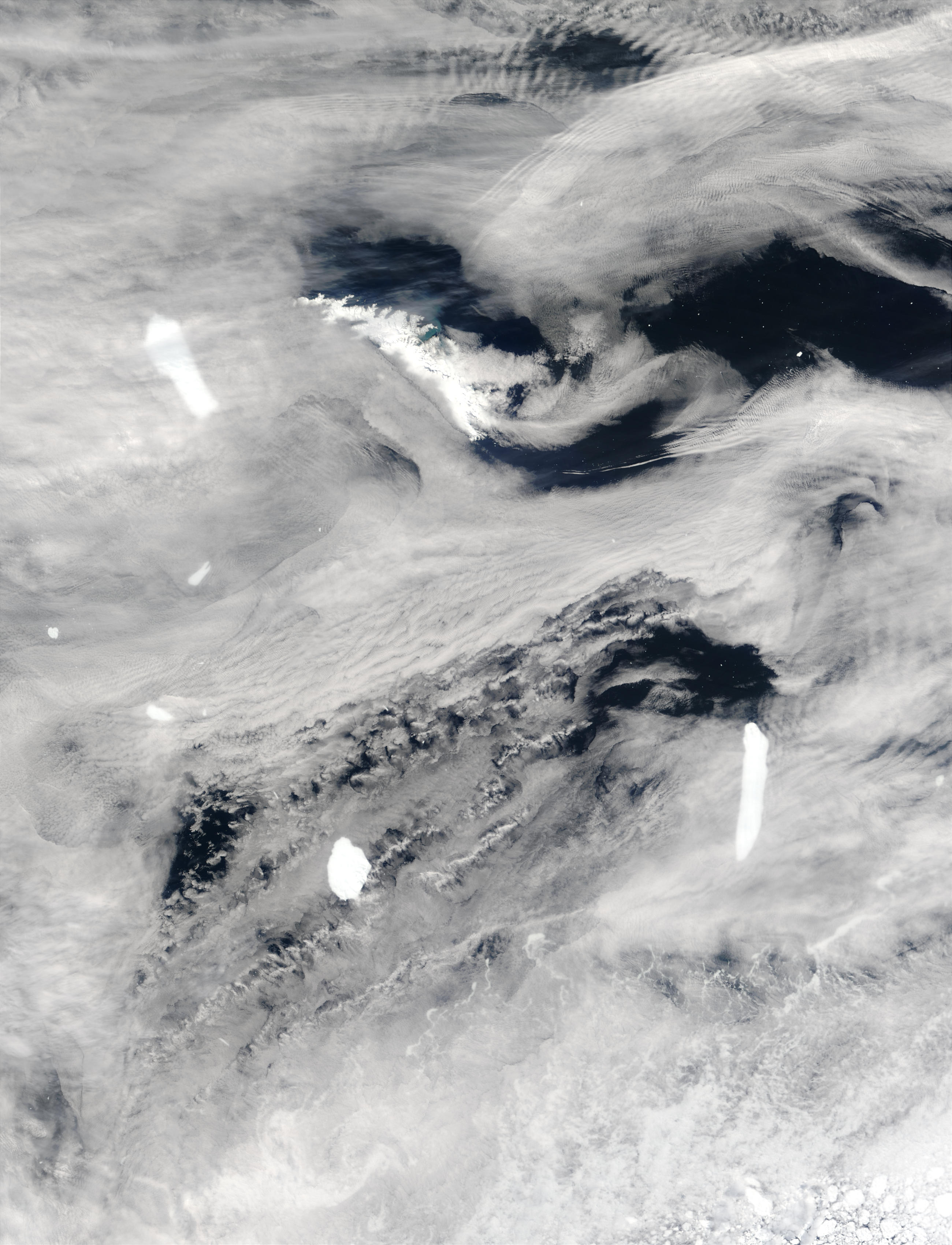 This series of true- and false-color images from the Moderate Resolution Imaging Spectroradiometer (MODIS) on the Terra satellite shows the movement of a few large icebergs near South Georgia, and island to the east of the southern tip of South America. These images show icebergs from Antarctica approaching the island. In the false-color imagery, ice is red, liquid water on the ground is dark blue to black, and liquid water clouds are white. Despite its seemingly icy veneer, the mountainous island is an important wildlife habitat, harboring seals, penguins, and albatrosses.