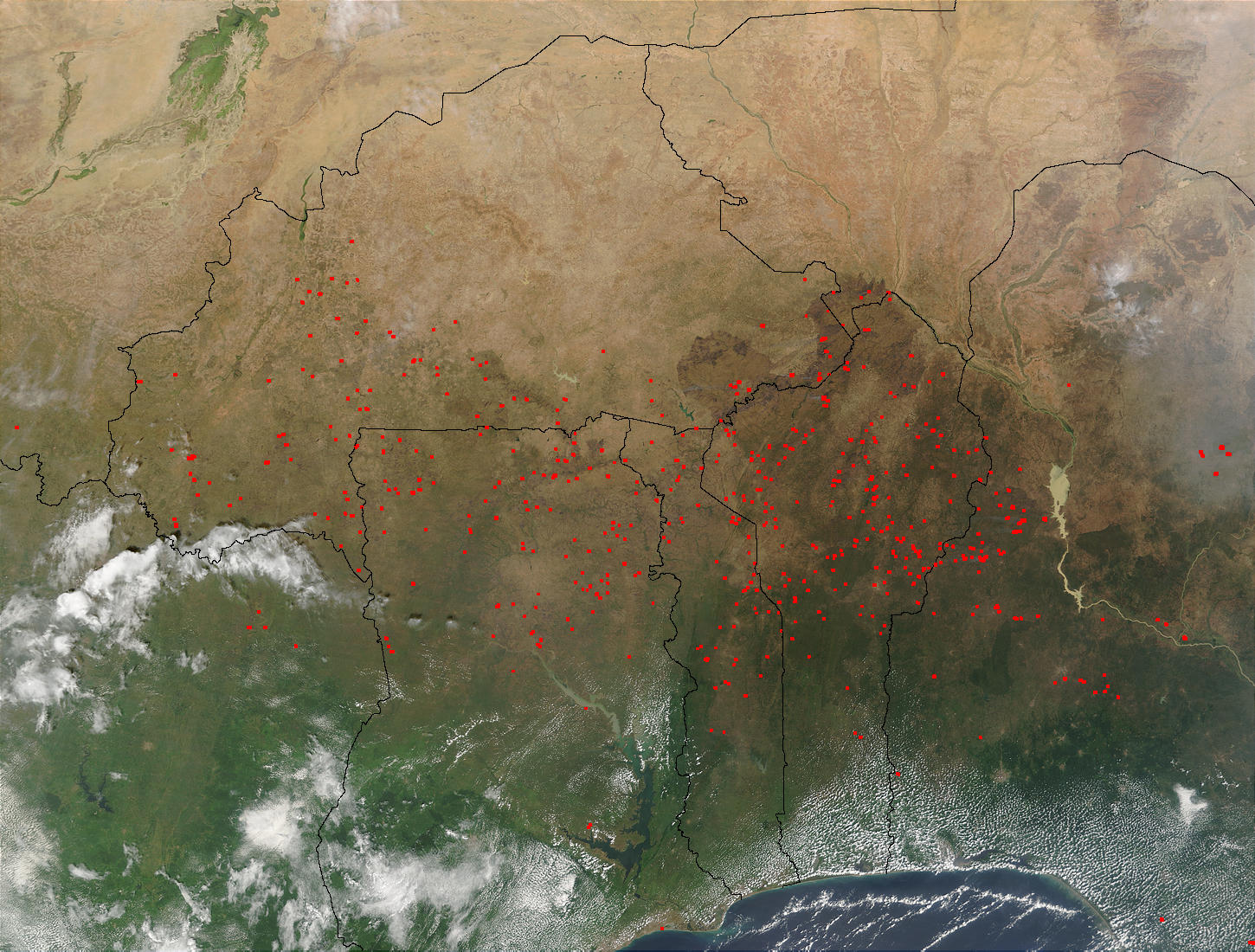 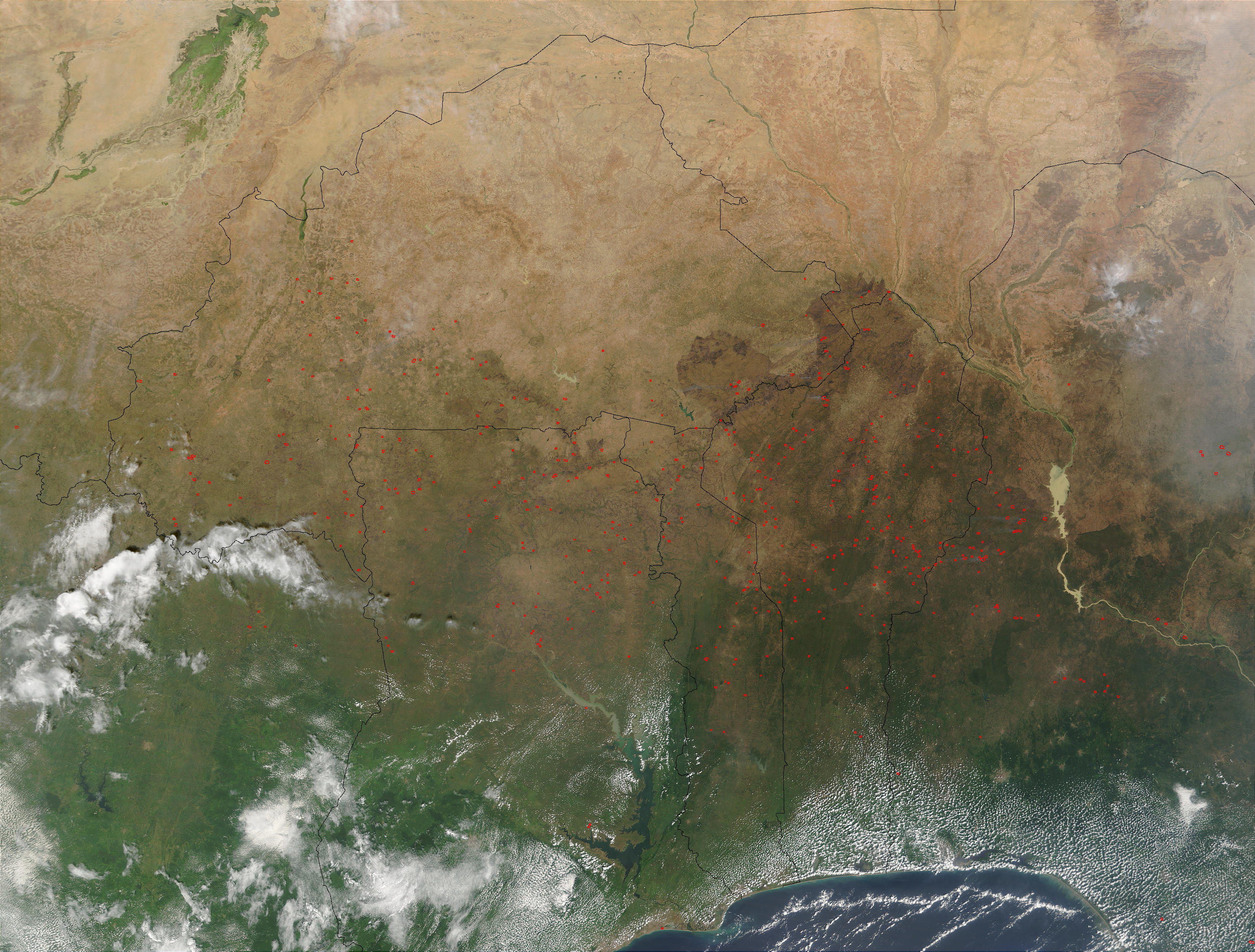 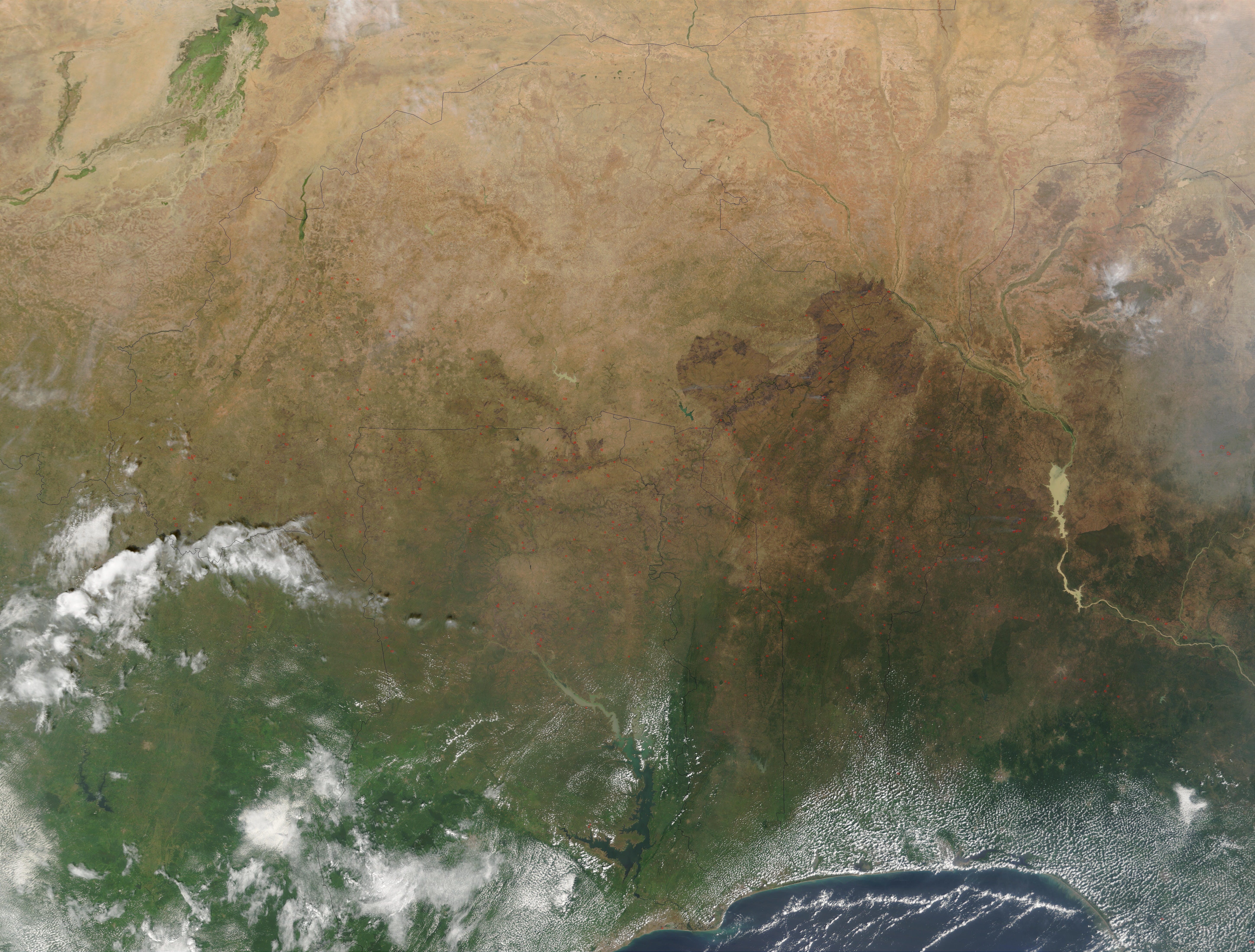 Widespread burning is underway in West and Central Africa as Africa’s continental-scale burning patterns shift from south of the equator to north. The burning season peaks in southern Africa in late summer or early fall, only to begin building in the areas between the southern edge of the Sahara and the equator. The peak of the burning season in this region occurs in late winter or early spring. These true-color images were captured by the Terra and Aqua satellites beginning in early November 2002 and extending into April of the new year.

An interesting difference in burning patterns can be seen between the Terra and Aqua images captured on the same day, for example, on November 25. Burning intensifies as the day progresses, and there are more active fires (red dots) in the Aqua image than the Terra image.