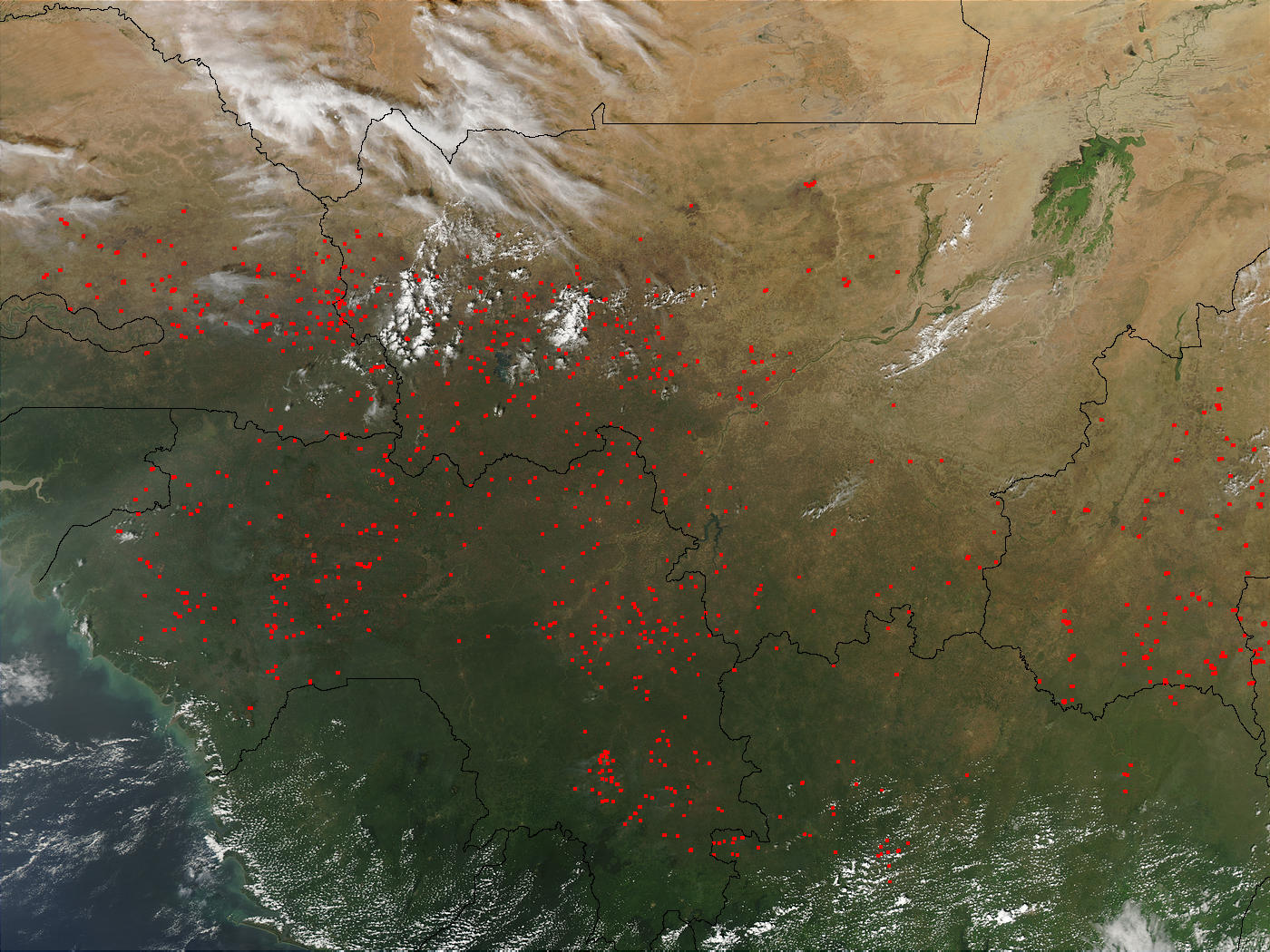 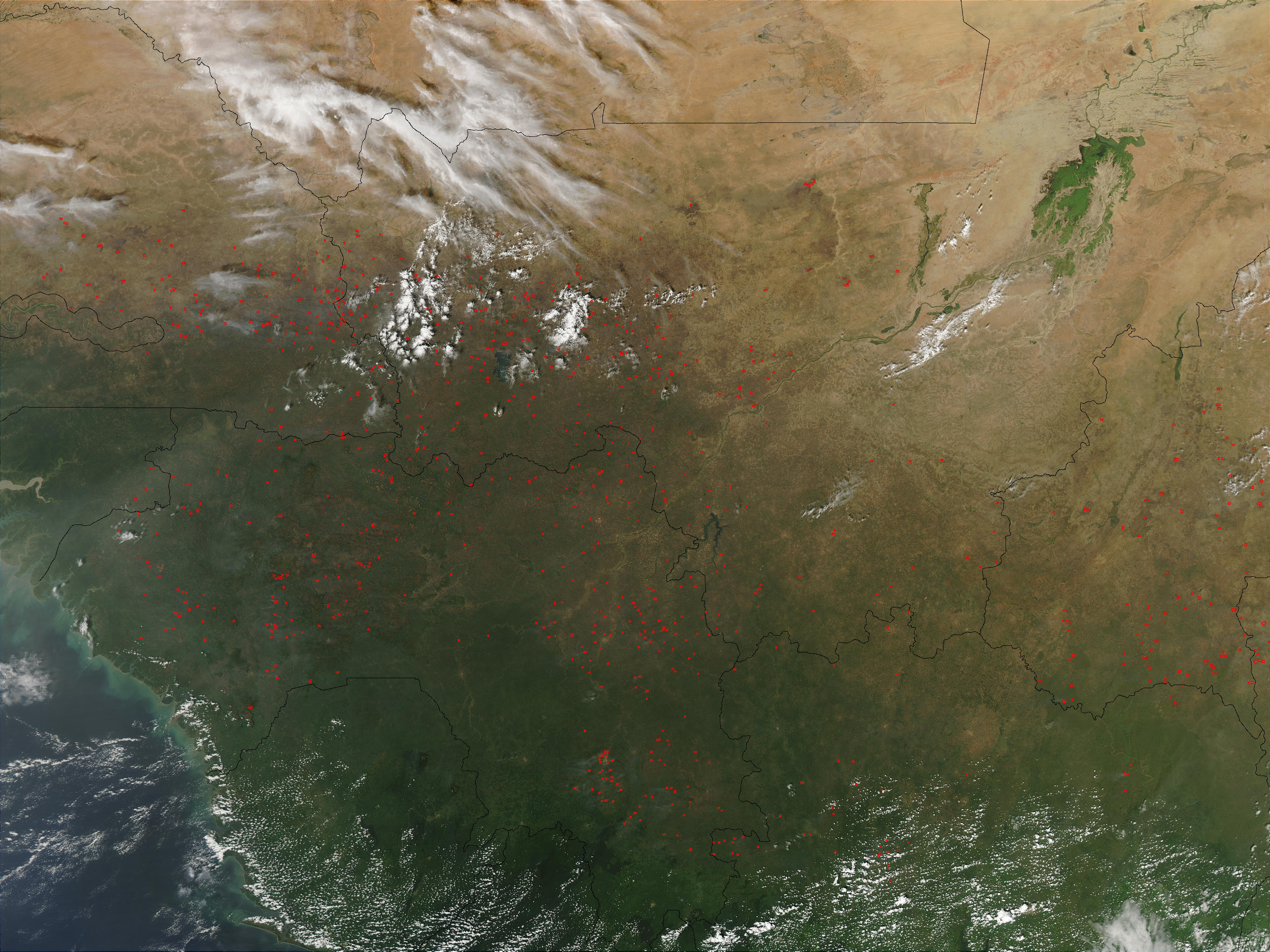 This true-color Moderate Resolution Imaging Spectroradiometer (MODIS) image of West Africa was captured by the Aqua satellite on November 11, 2002. Countires shown are (clockwise from upper left) Senegal, Mauritania, Mali, Burkina, Cote D’ Ivoire, Sierra Leone, Guinea, and Guinea Bissau. At upper right a large area of wetlands along the Niger River makes a green splash against the southern reaches of the Sahara Desert. The tans and oranges of the Sahara fade into soft greens where the Sahel begins; farther south, the Sahel transitions to the savannas, which appear darker green. Scores of fires (marked with red dots) were burning throughout the region; these fires, part of the annual burning cycle of the continent, are largely agricultural in purpose, though sometimes burns intended only to clear land for planting crops escape control and spread as wildfires.