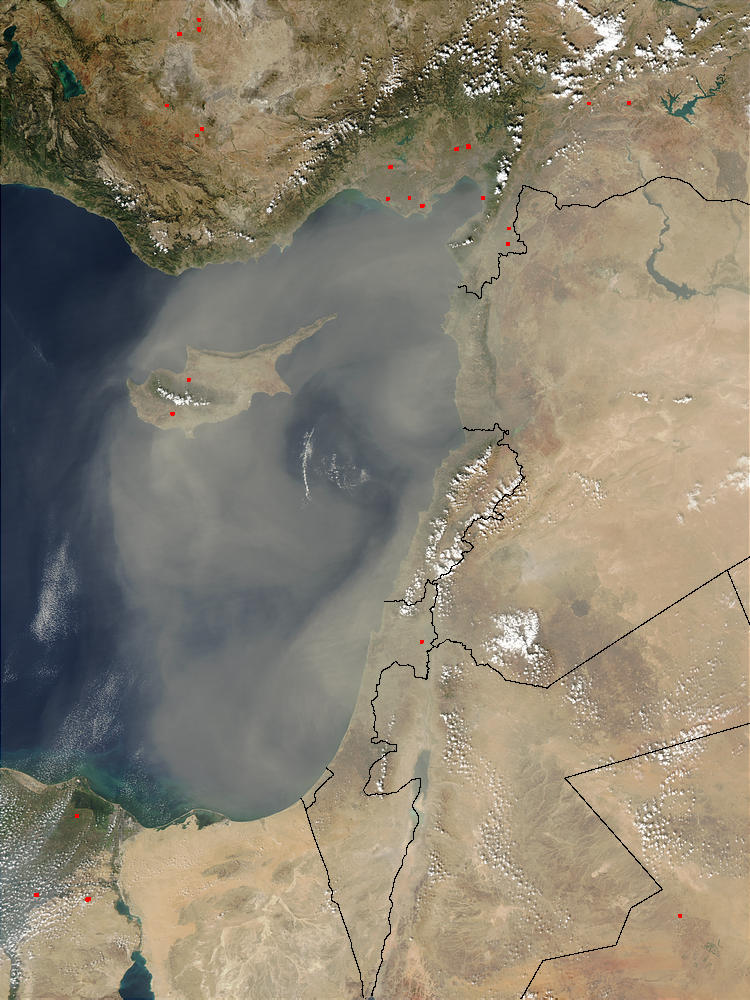 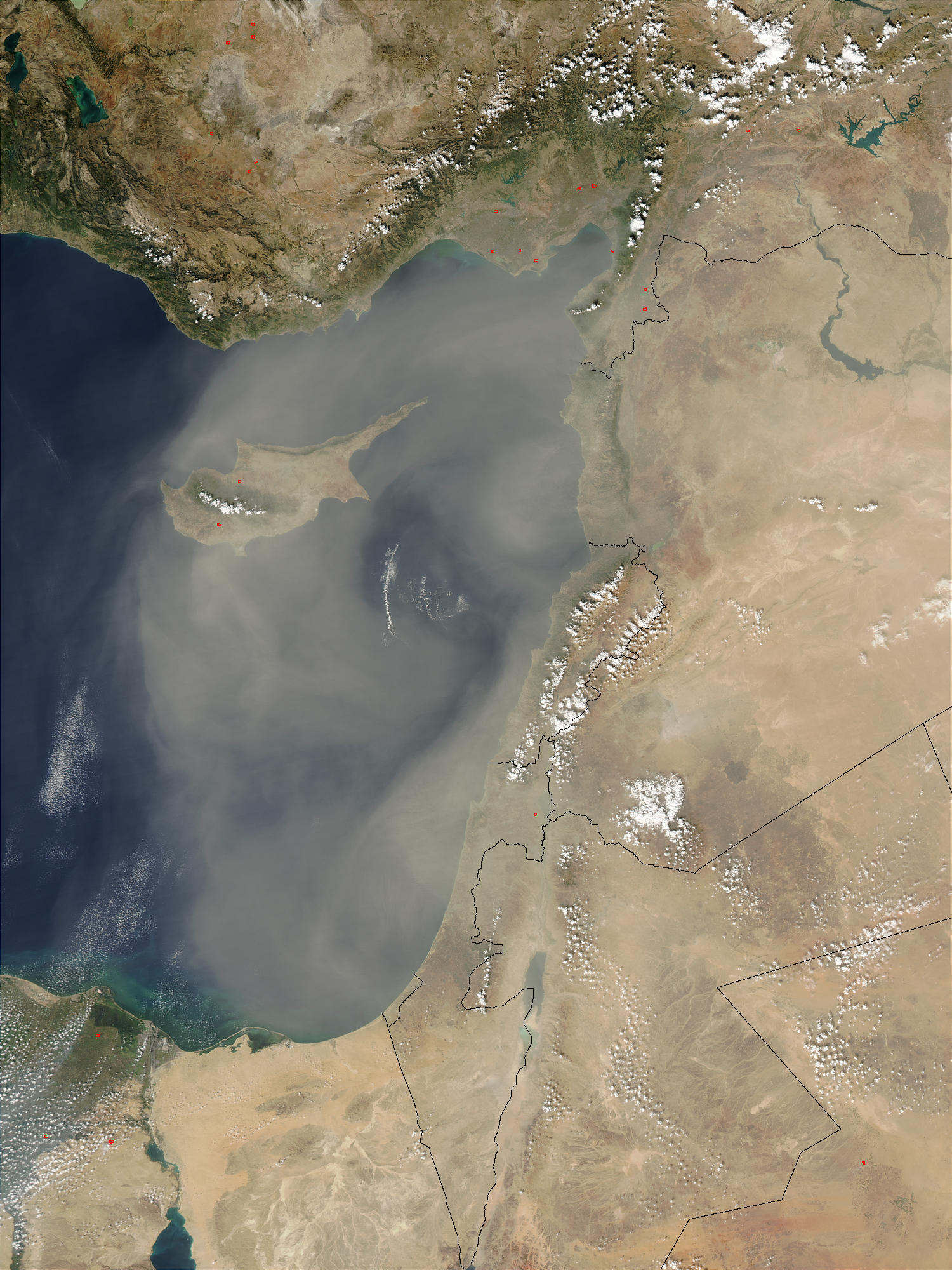 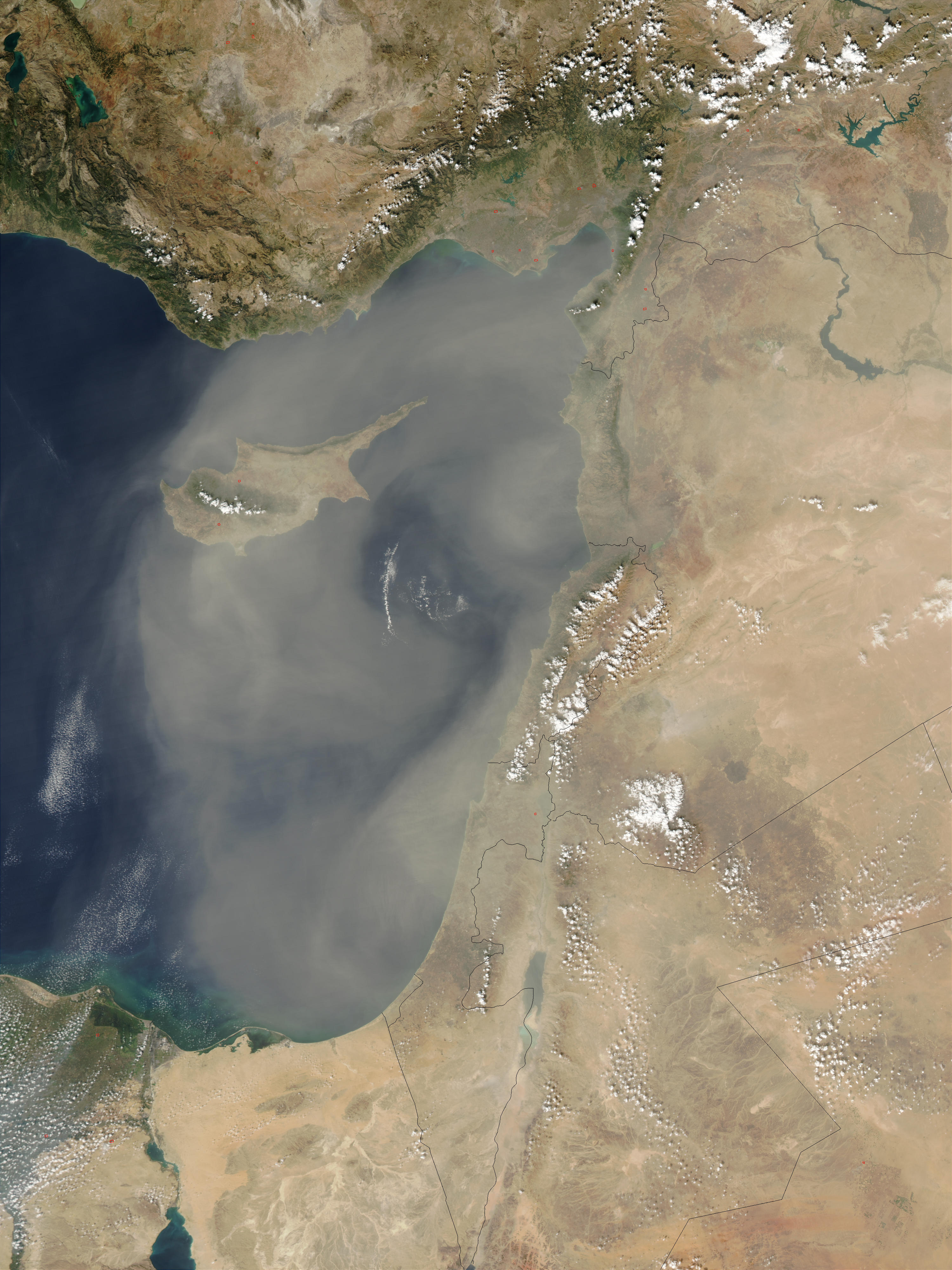 On October 19, 2002, the Terra MODIS instrument captured this image of a large billowing dust storm moving west from the Middle Eastern countries of (clockwise from top) southern Turkey, Syria, Lebanon, Jordan, and Israel, out into the Mediterranean Sea, and over the island of Cyprus. Cyprus lies about 100 miles west of the Syrian coast and about 60 miles south of the Turkish coast. The dust storm stretches about 200 miles out into the Mediterranean, and it appears to be about 400 miles across from north to south.

Also visible in the image are a number of fires marked in red outlines— three in the Egyptian Nile region, one in northern Israel, two in Cyprus, and a handful in Turkey. These fires are small, scattered, and do not have any visible smoke plumes.