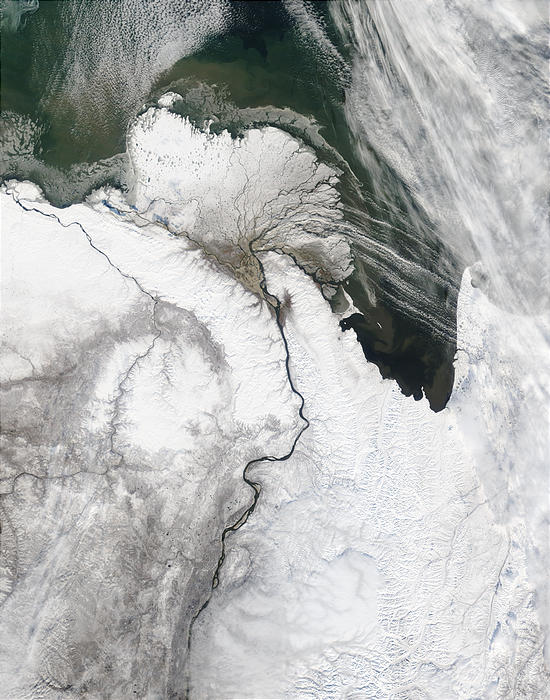 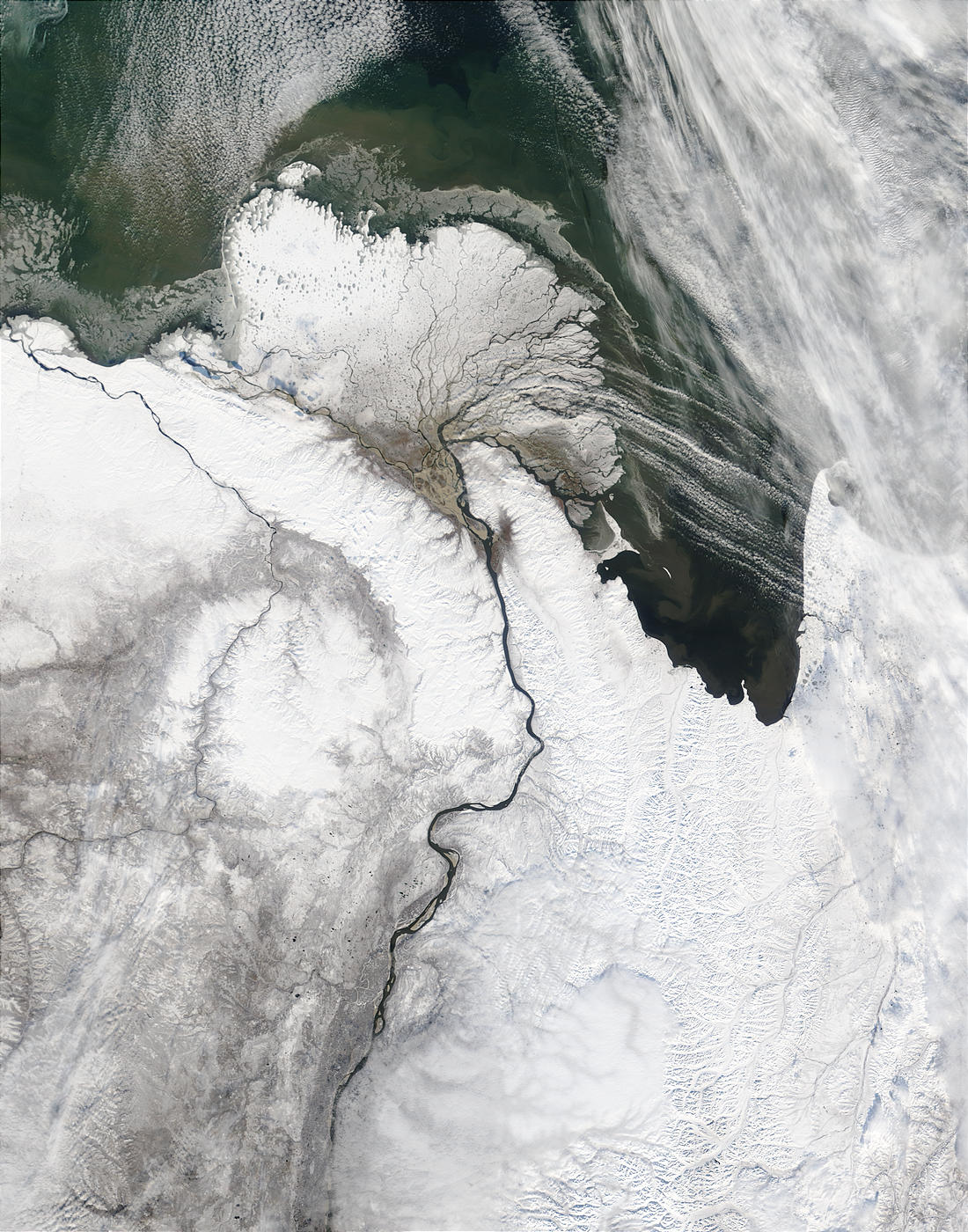 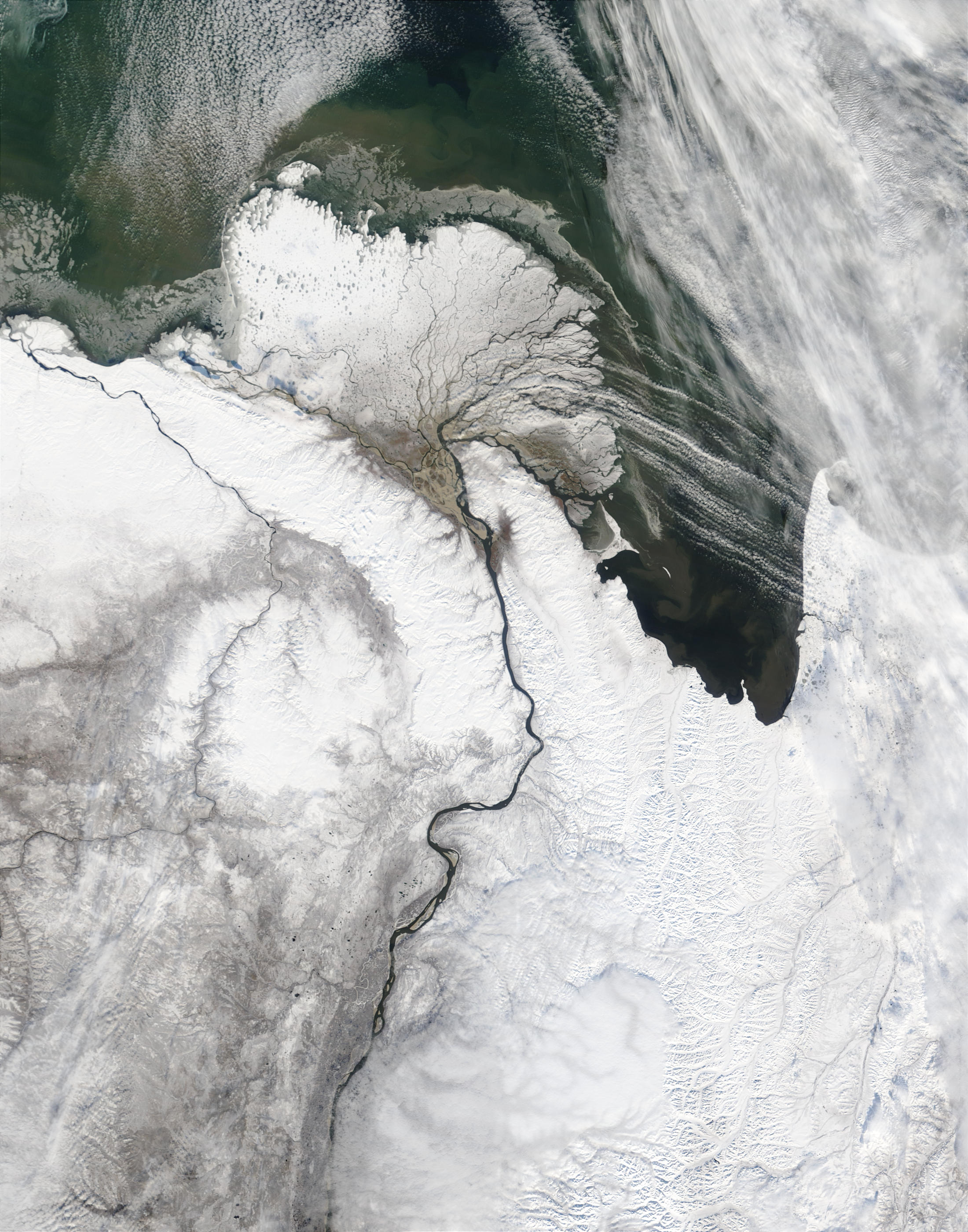 These true- and false-color images from the Moderate Resolution Imaging Spectroradiometer (MODIS) from June 28, 2002, shows numerous burn scars dotting the northern Siberian landscape along the Lena River. In the true-color image, the burn scars appear dark grayish-brown, while in the false-color image they appear red, as does the bare exposed soil of the Verkhoyansk Mountain Range to the east of the north-flowing Lena. A tinge of blue along the mountains in the false-color image means there is some lingering snow or ice, and that the bare soil is due to summer’s late arrival there, and not to burn scars. At the top, sea ice still fills the Laptev Sea. By late September, snow has already returned to the region.