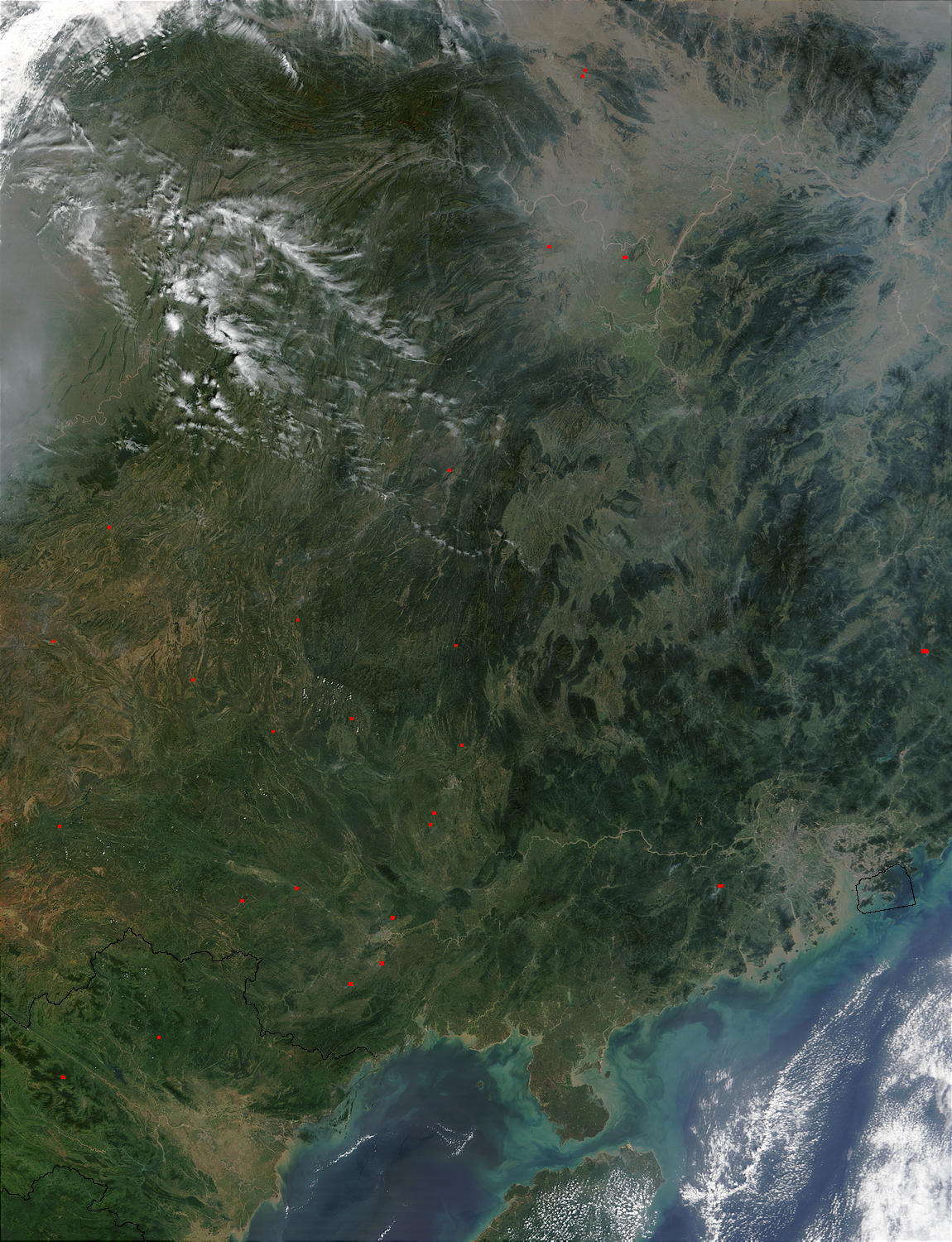 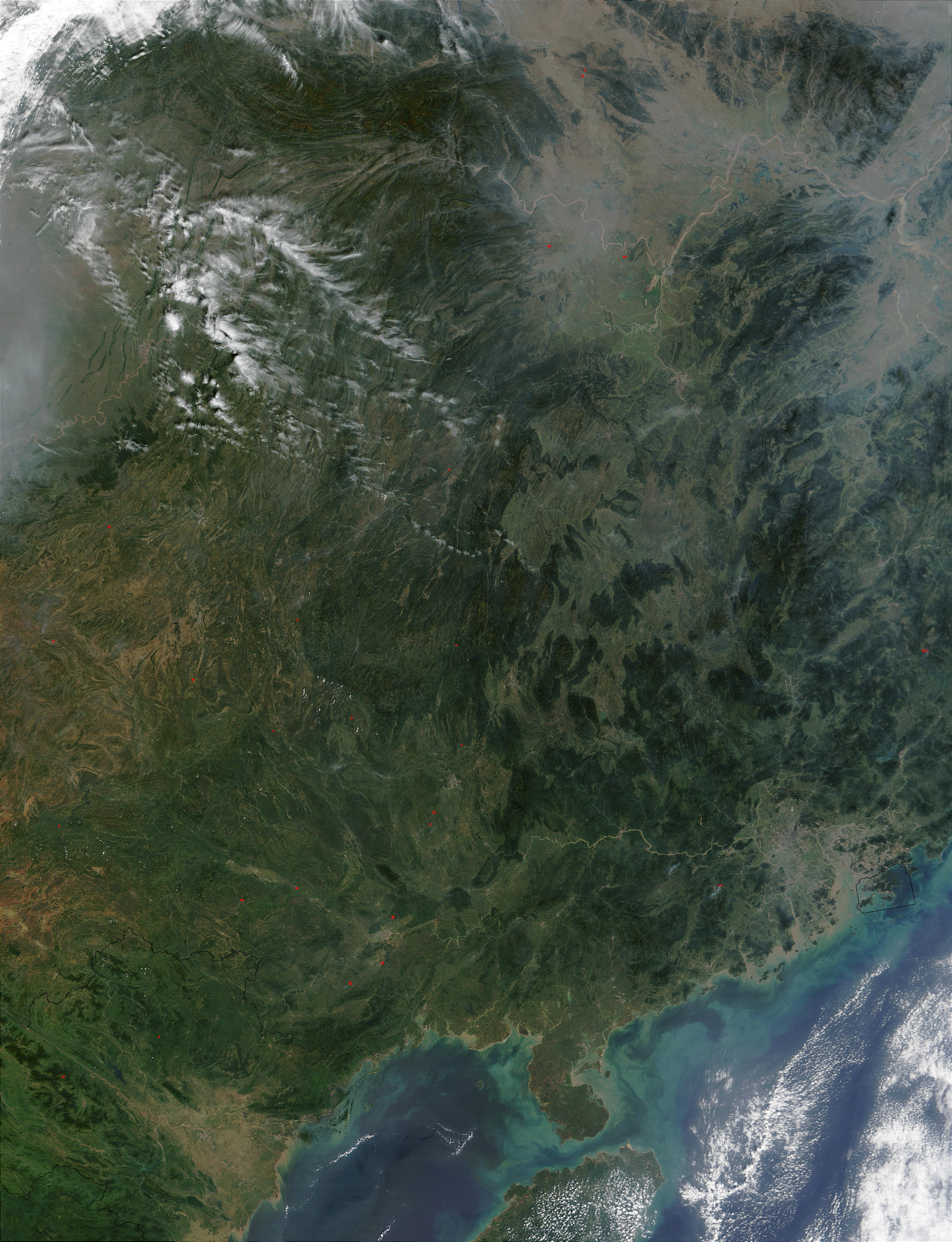 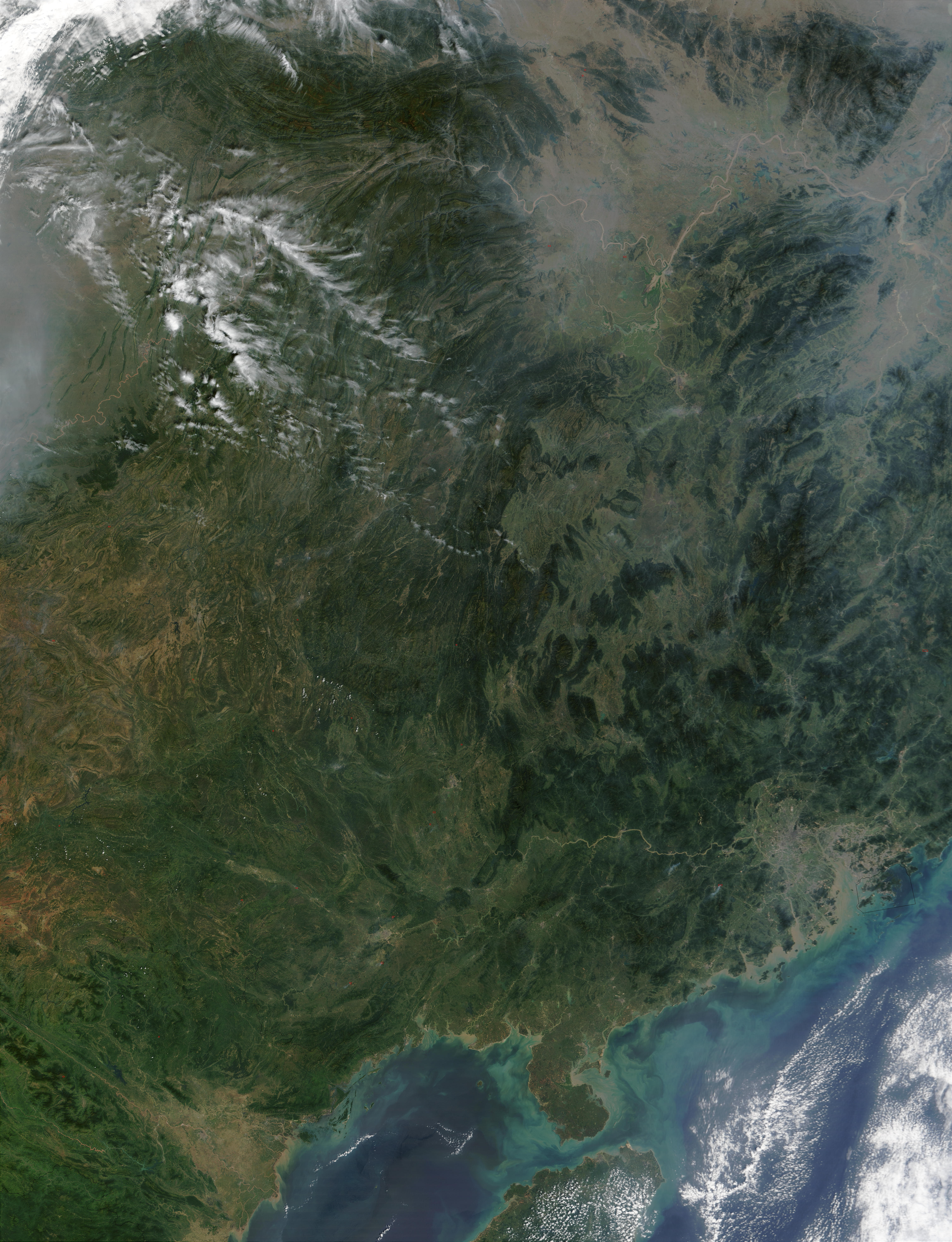 China is one of the world’s most heavily populated nations with more than 1.2 billion people sharing an area just slightly smaller than the continental United States. China is bordered by 16 countries along its over 22,000 mile-long border, and covers an extremely diverse range of climates, from tropical in the south to sub-arctic in the north, with mountains, plateaus, deserts, plains, deltas, and hills in between.

In this true-color Terra MODIS image acquired October 9, 2002, southeastern China is the focus. A very large metropolitan area, Guangzhou (Canton), is visible on the southeast coast next to Hong Kong (outlined in black), which reverted back to Chinese control in the year 2000, and a number of fires (marked in red) were detected burning throughout the region. Some hazy pollution is visible in the northern portions of the image.