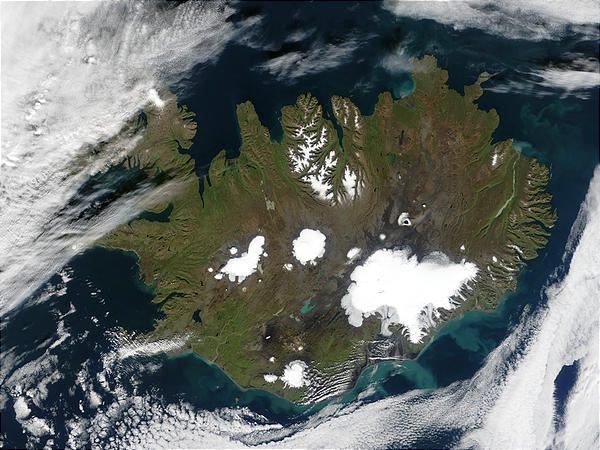 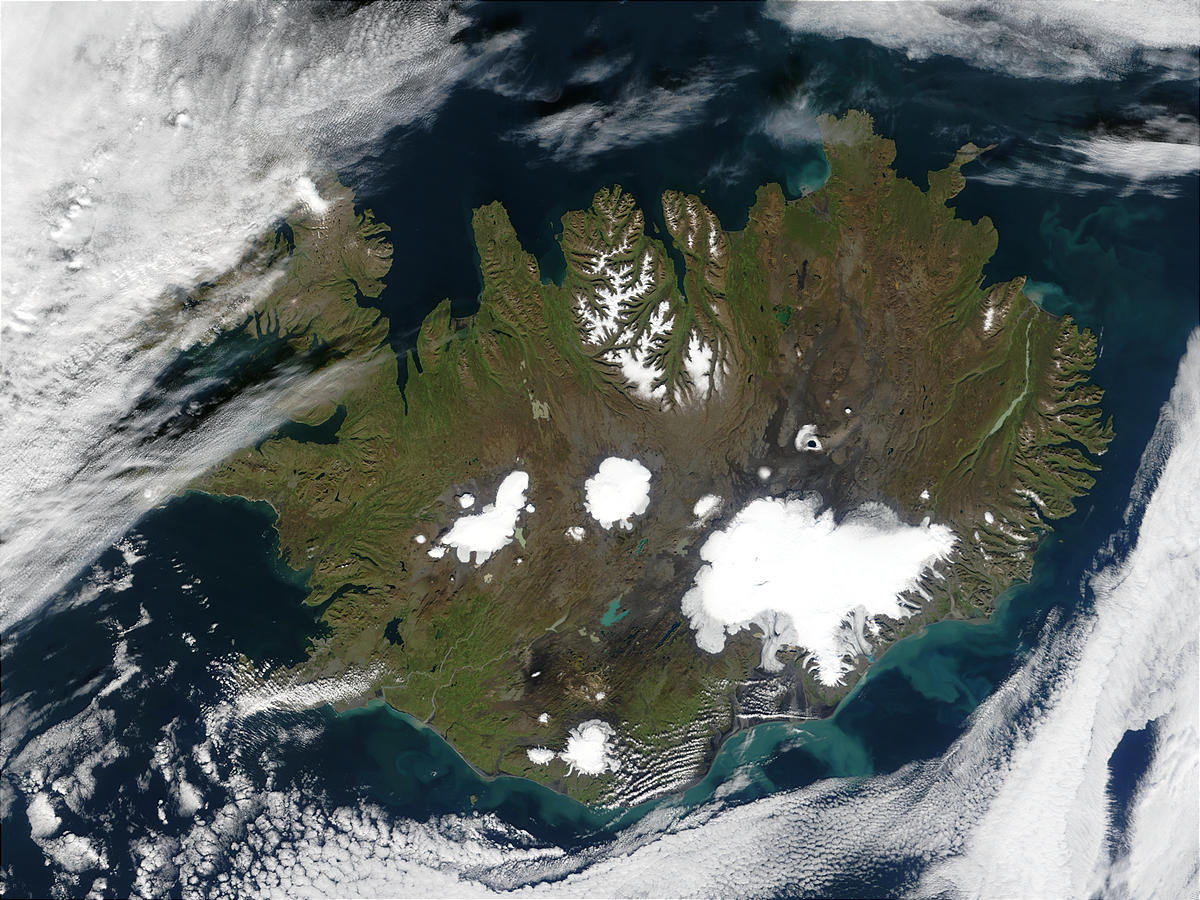 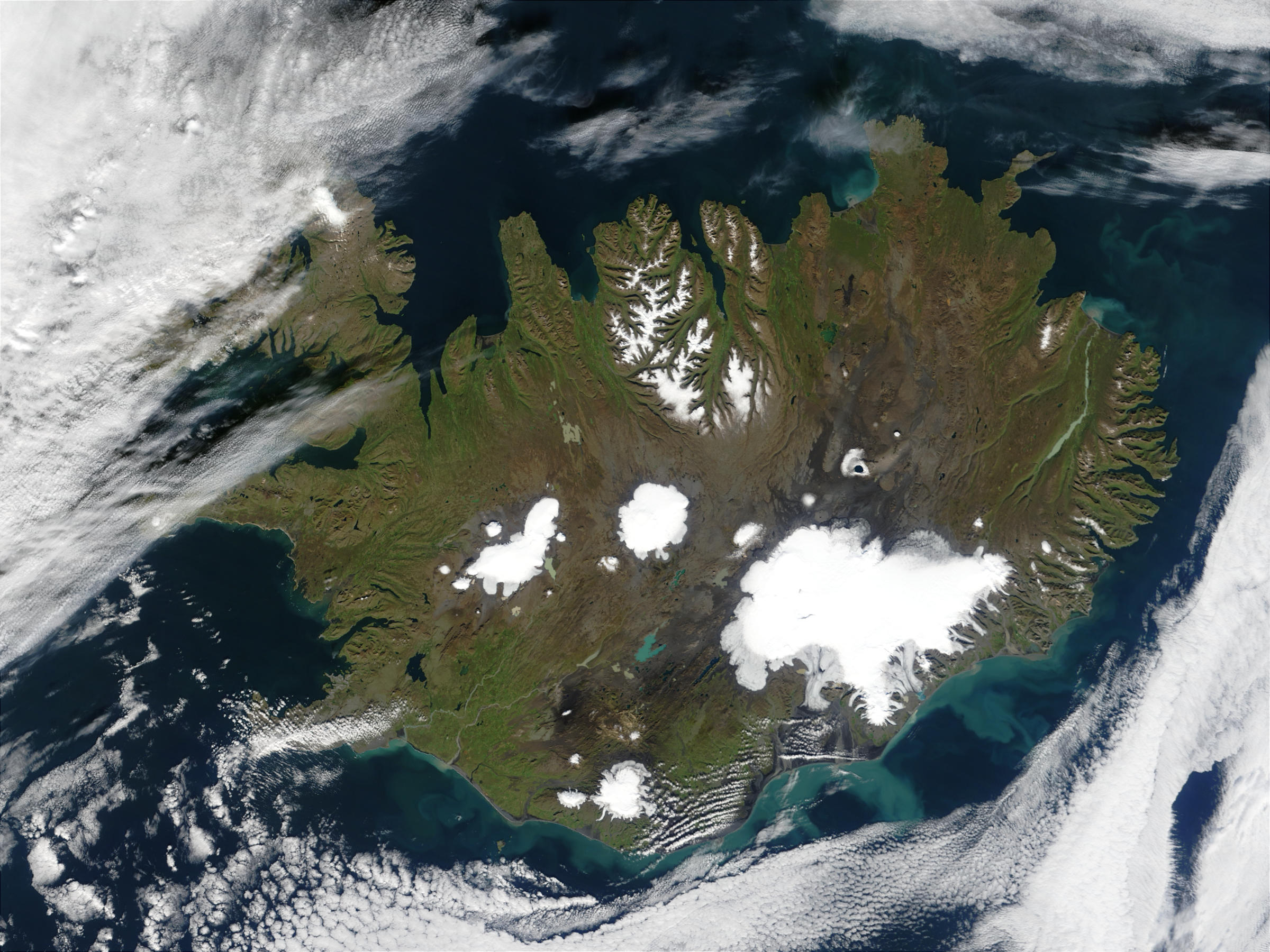 Summer is winding to a close on September 9, 2002, but even Iceland is still showing some summer color, its perimeter tinged with green, while its large permanent ice caps stand out brightly against the volcanic rock surrounding them. The largest ice cap, Vatnajokull, actually rests on top of three active volcanoes. The heat from these volcanoes causes the underside of the ice cap to melt, slowly filling the calderas. Eventually the caldera spills over and releases a torrent of water known as a glacial melt flood. This volcanic activity happens because a tectonic boundary runs roughly northeast-southwest through the island country, and the two plates are pulling away from each other, causing magma to well up from deep in the Earth.

By mid-October, the northern part of the island is snow covered, and by late October, the entire island is wearing its wintry blanket. The brightly colored lakes and coastal waters are the result of very fine, and highly reflective sediment that is ground to bits by the immense weight of the glaciers and washed out with glacial runoff. These images were captured by the Terra and Aqua satellites.