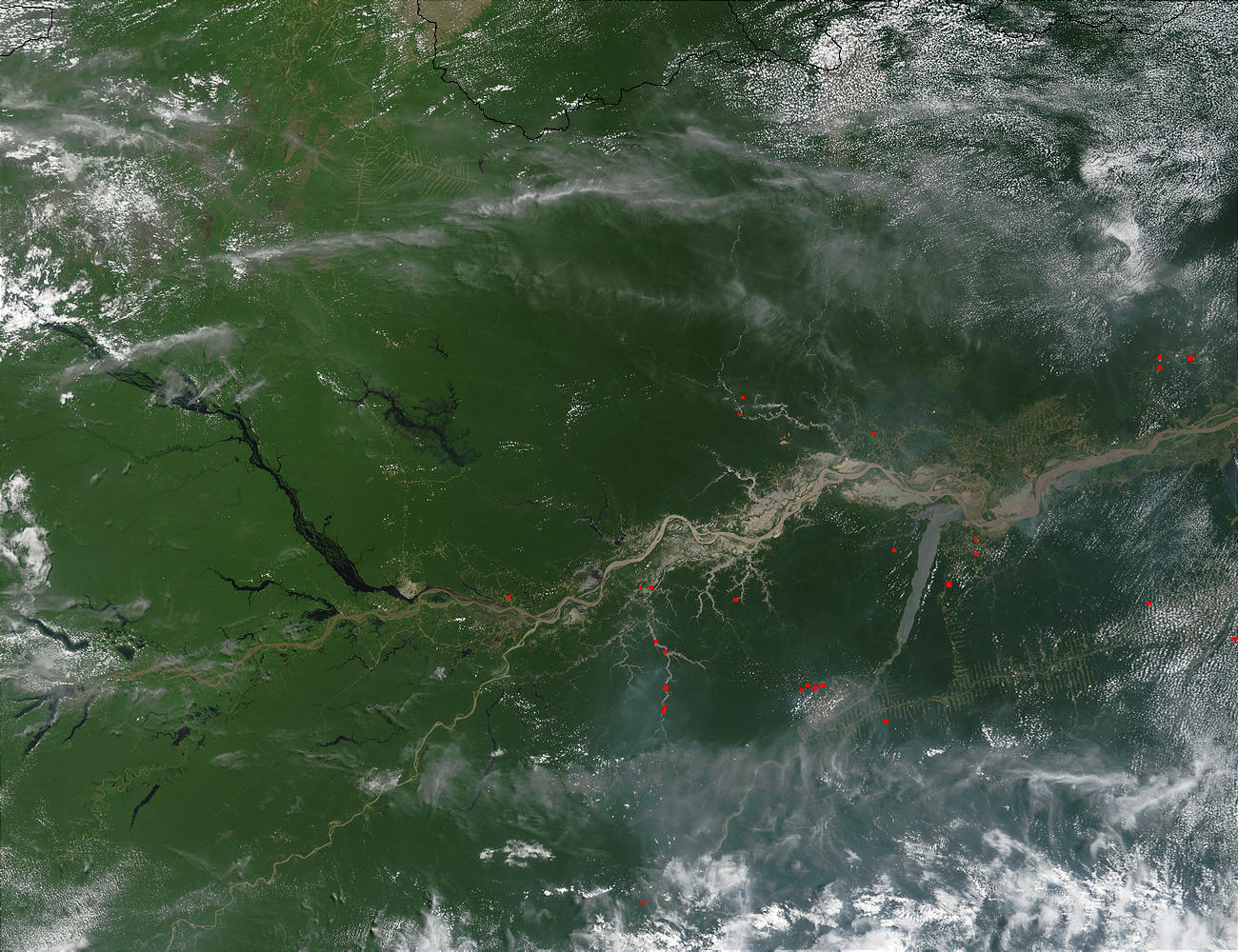 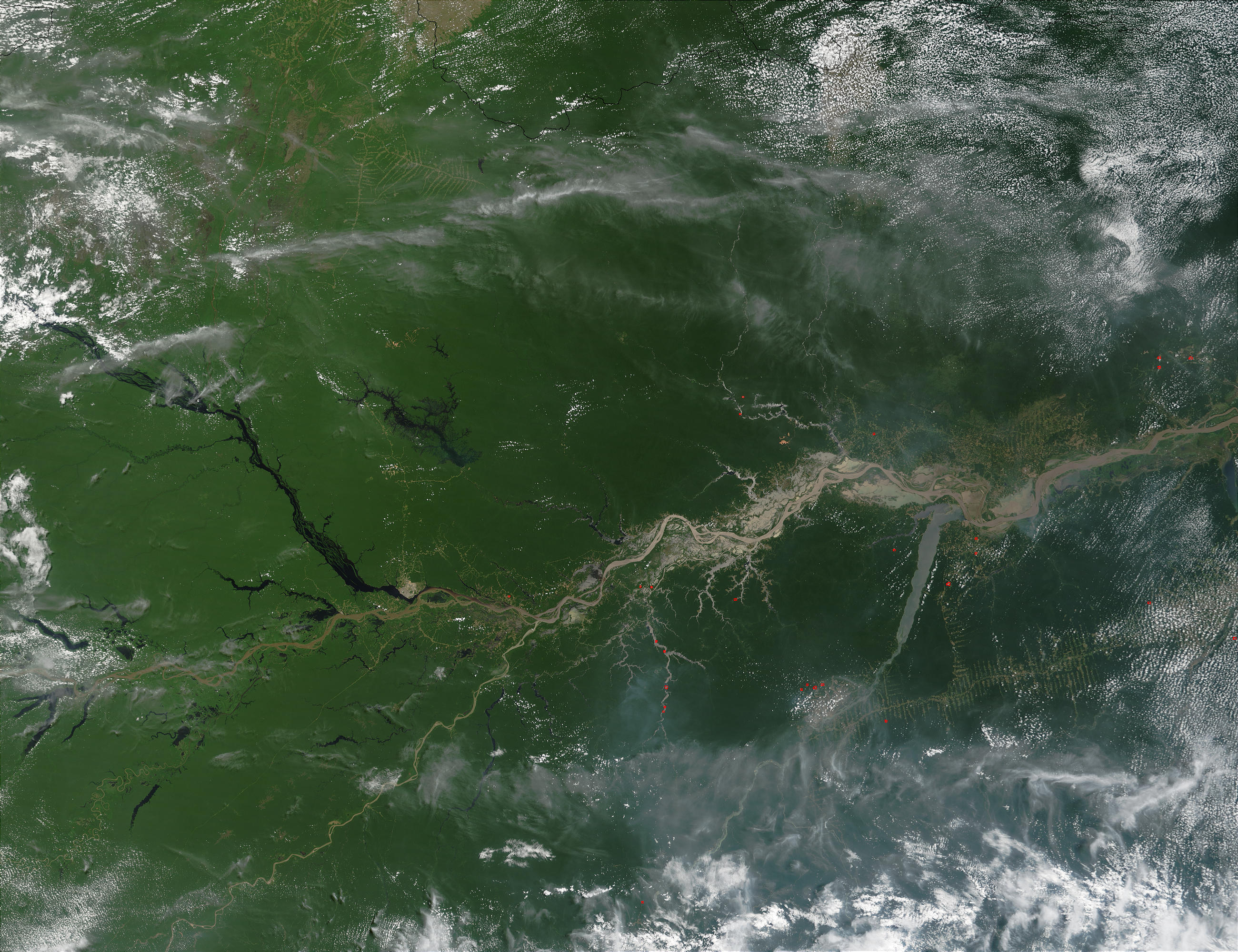 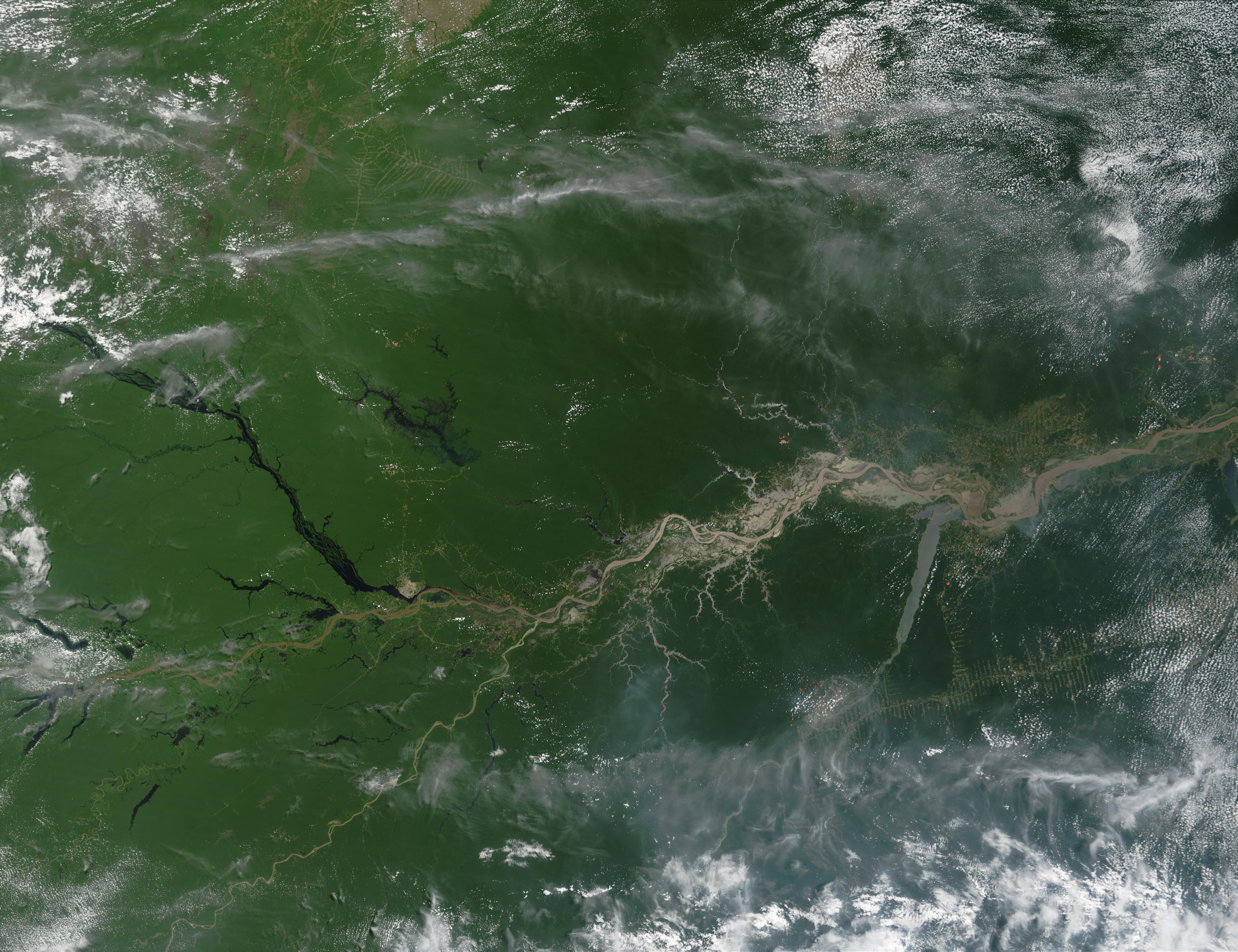 The Amazon River, which carries twenty percent of all river water discharged into the planet’s oceans, is featured in this true-color Terra MODIS image from September 8, 2002. Surrounding the river, which runs for approximately 4,000 miles (1 mile equals 1.6 kilometers), is the Amazonian rainforest, one of the most ecologically diverse regions on the planet. Fires, marked in red, are scattered around the river, and spidery patterns in the vegetation indicate deforestation.