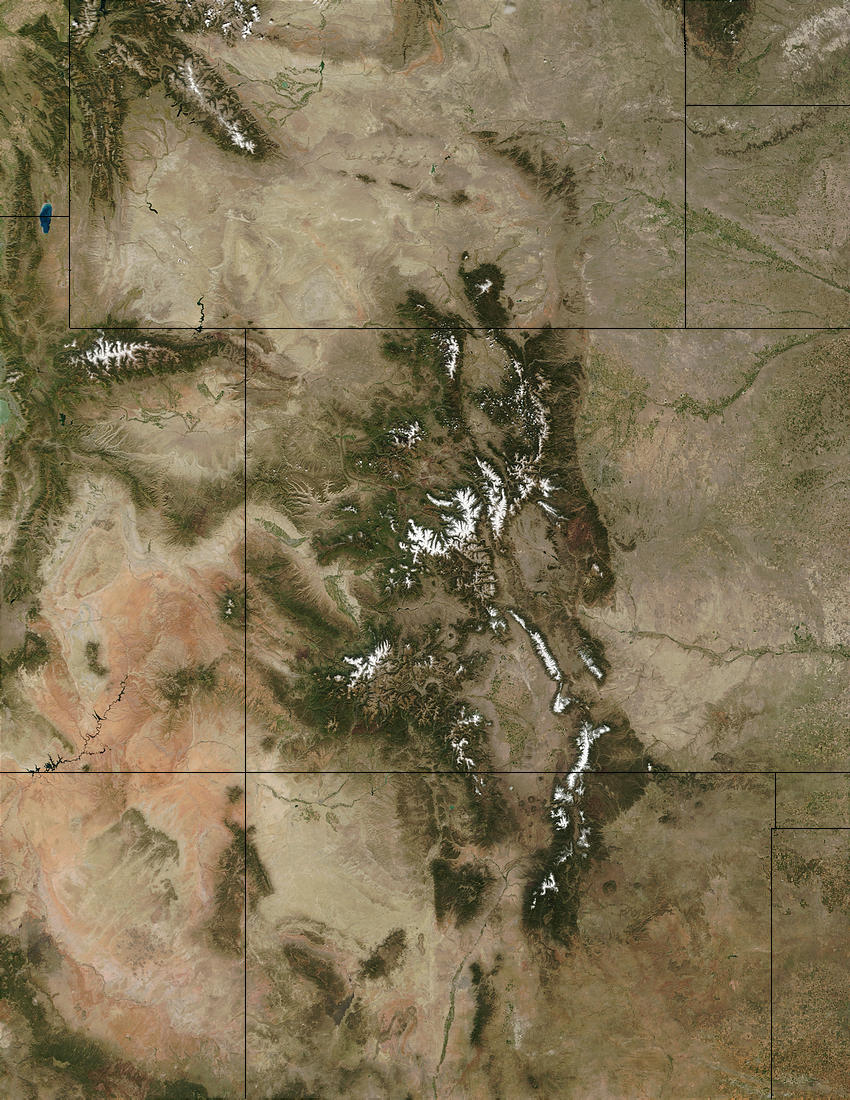 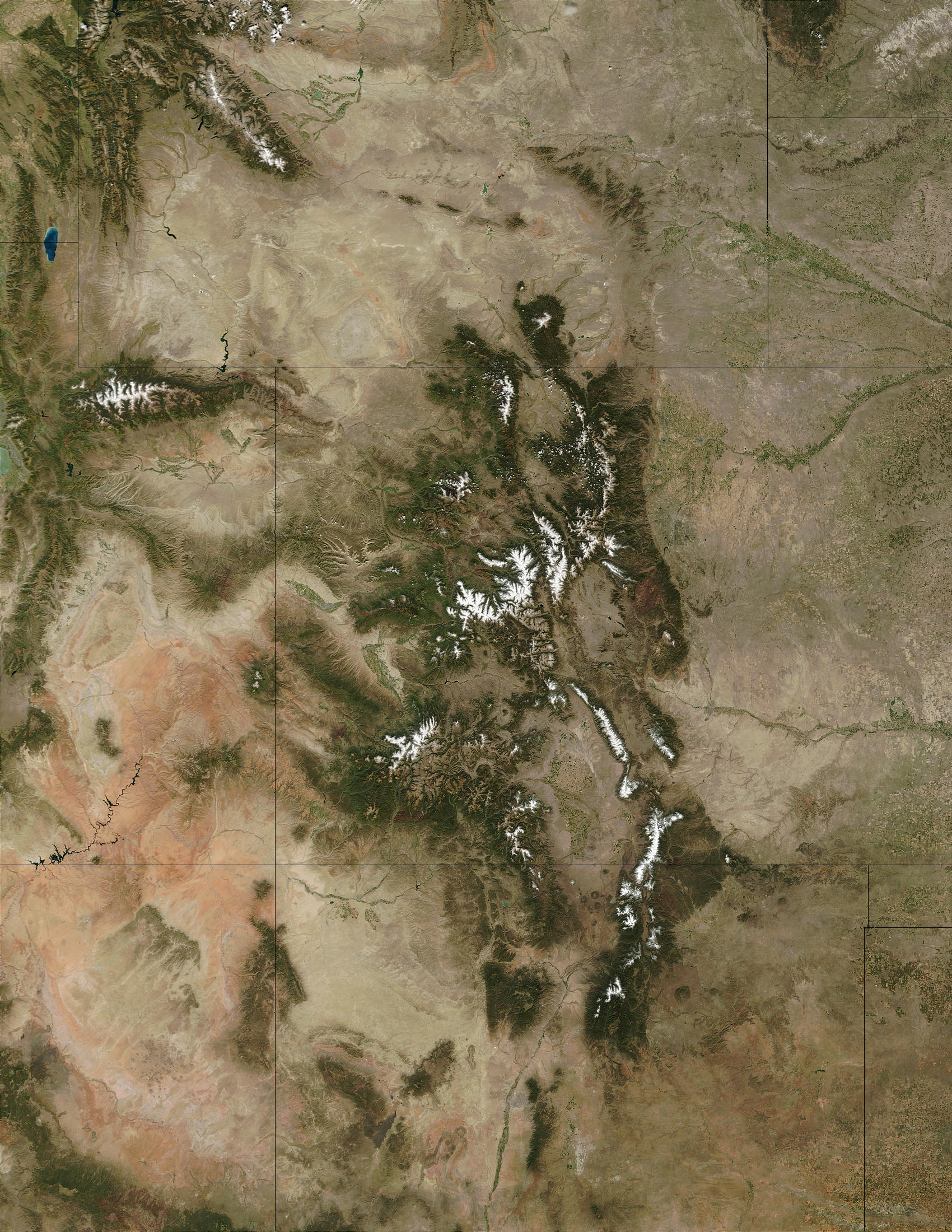 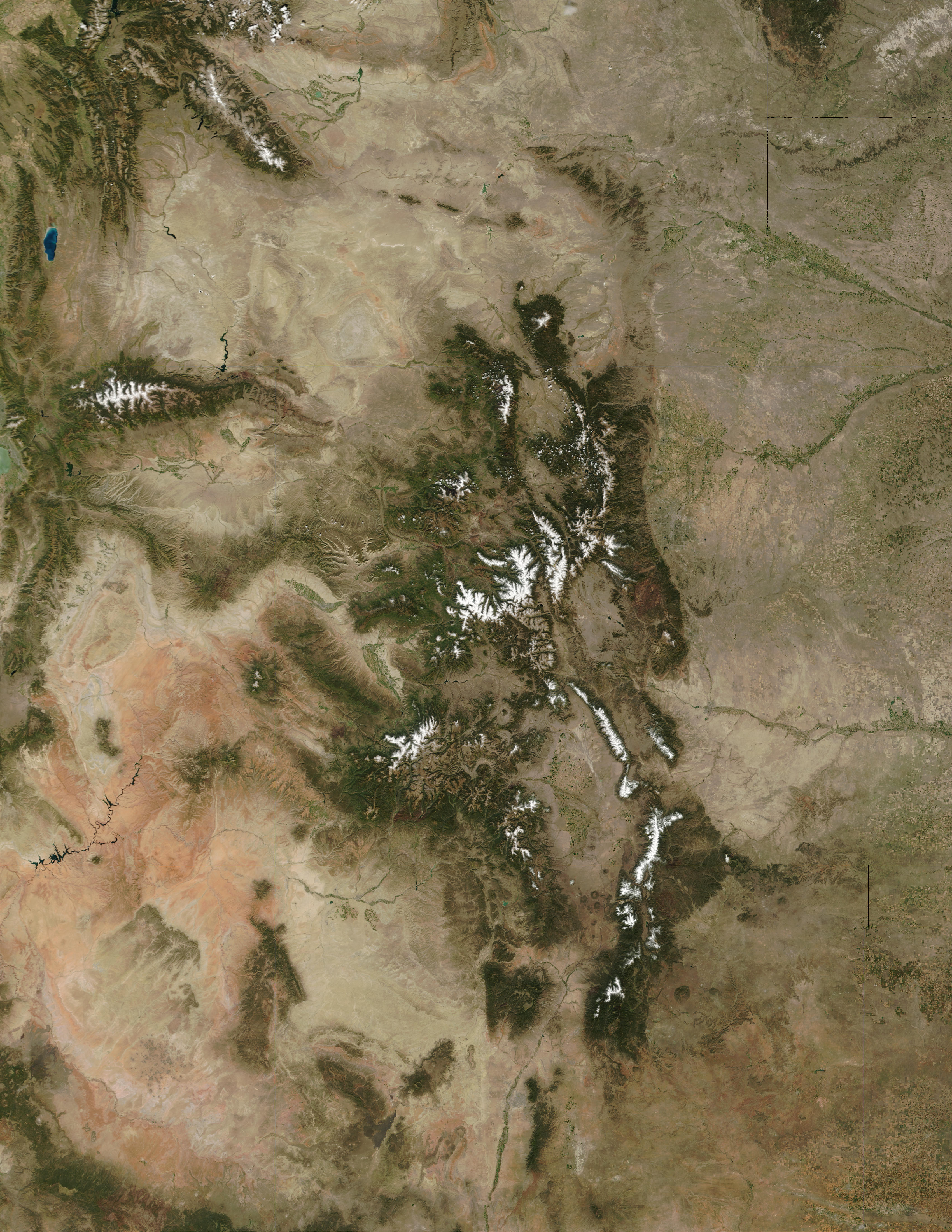 Snowfall returned to the mountain ranges of western and central Colorado on September 18—the first significant accumulation of the 2002-03 snow season. Ski resorts in the region report several inches of accumulation. Most of Colorado experienced drought conditions throughout the summer, so this precipitation was badly needed.

In this true-color scene, acquired on Sept. 20 by the Terra MODIS sensor, the bright snow-capped peaks contrast sharply with the darker greens and browns of the surrounding landscape. This contrast makes it easier to spot specific mountain ranges. Running north-south near the top of this scene are the Medicine Bow Mountains, roughly in the center of the state and extending northward into Wyoming. To their west, the Rocky Mountain ranges have names like the Elkhead Mountains and the Steamboat Range.

The Medicine Bow terminate in a long line of north-south tending ranges called Colorado’s Front Range, at the foothills of which lie the state’s biggest cities: Fort Collins, Denver, and Colorado Springs. Farther to the south, near the center of the state, are the Gore and Sawatch Mountain Ranges (left center). In southern Colorado, both the San Juan Mountains (west) and the Sangre de Cristo Range (east) stretch over the state line into New Mexico. Between the two flows the northern reaches of the Rio Grande. Due east of image center, a reddish-brown patch marks the burn scar left by the Hayman Fire.

Other land marks are visible in this scene. WyomingB’s and UtahB’s Flaming Gorge Reservoir can be seen in the upper left hand corner of this image. Bear Lake, which straddles the boundary between Idaho and Utah, is easily distinguished in the full-resolution image (click the image above). The conspicuous green dots throughout southern central Colorado and parts of New Mexico are central pivot irrigation crop fields.