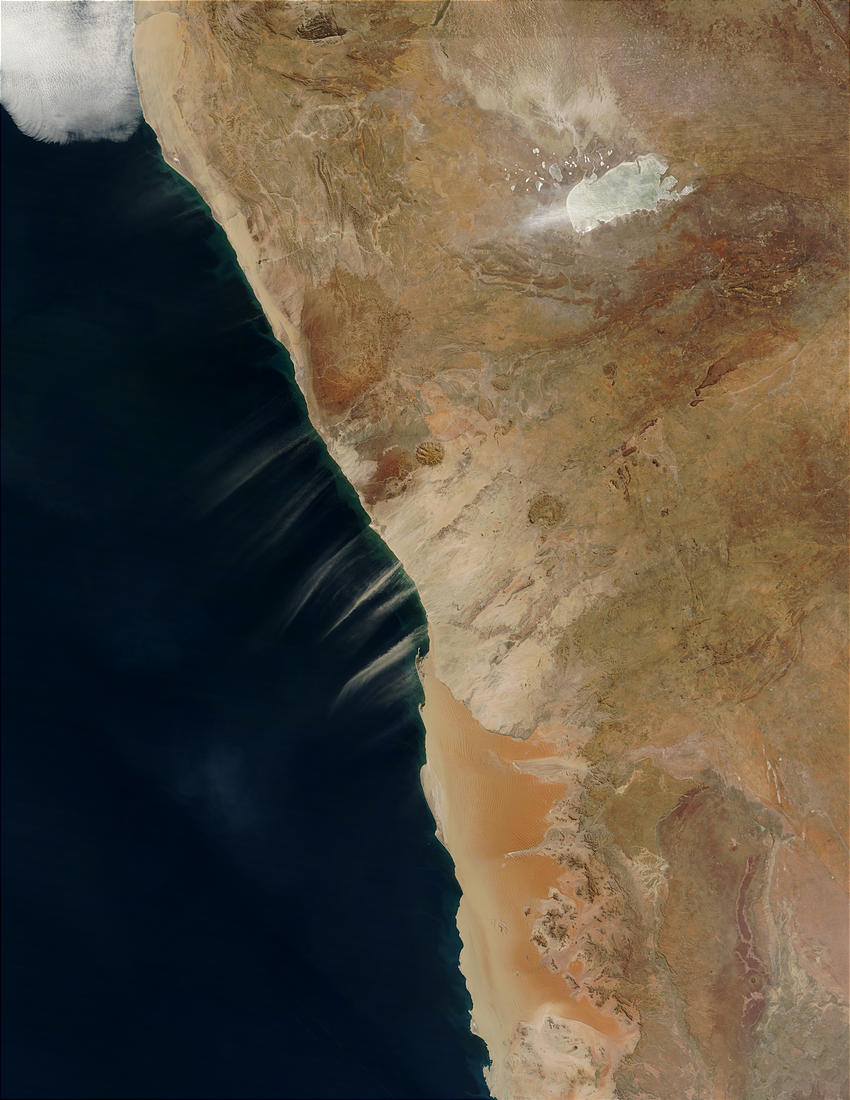 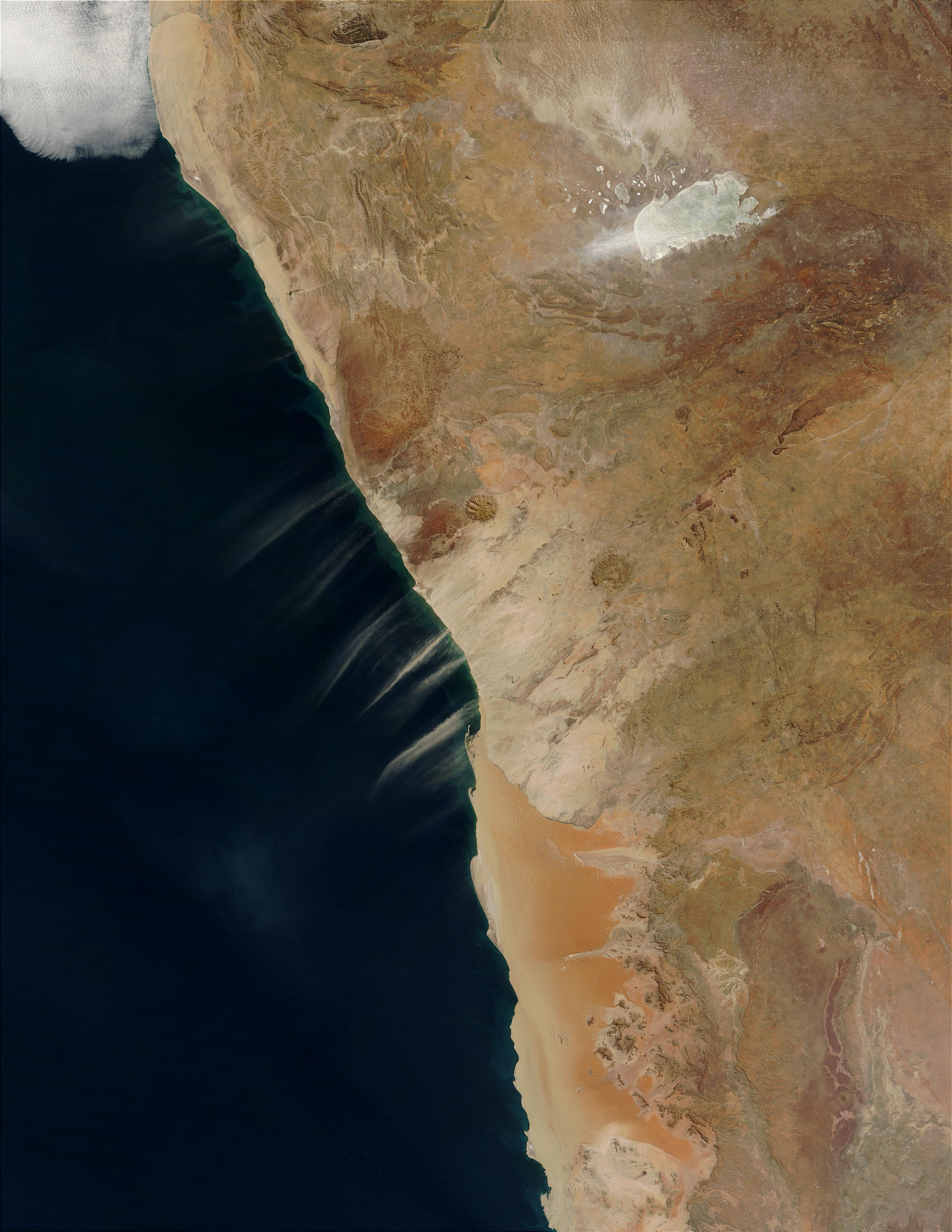 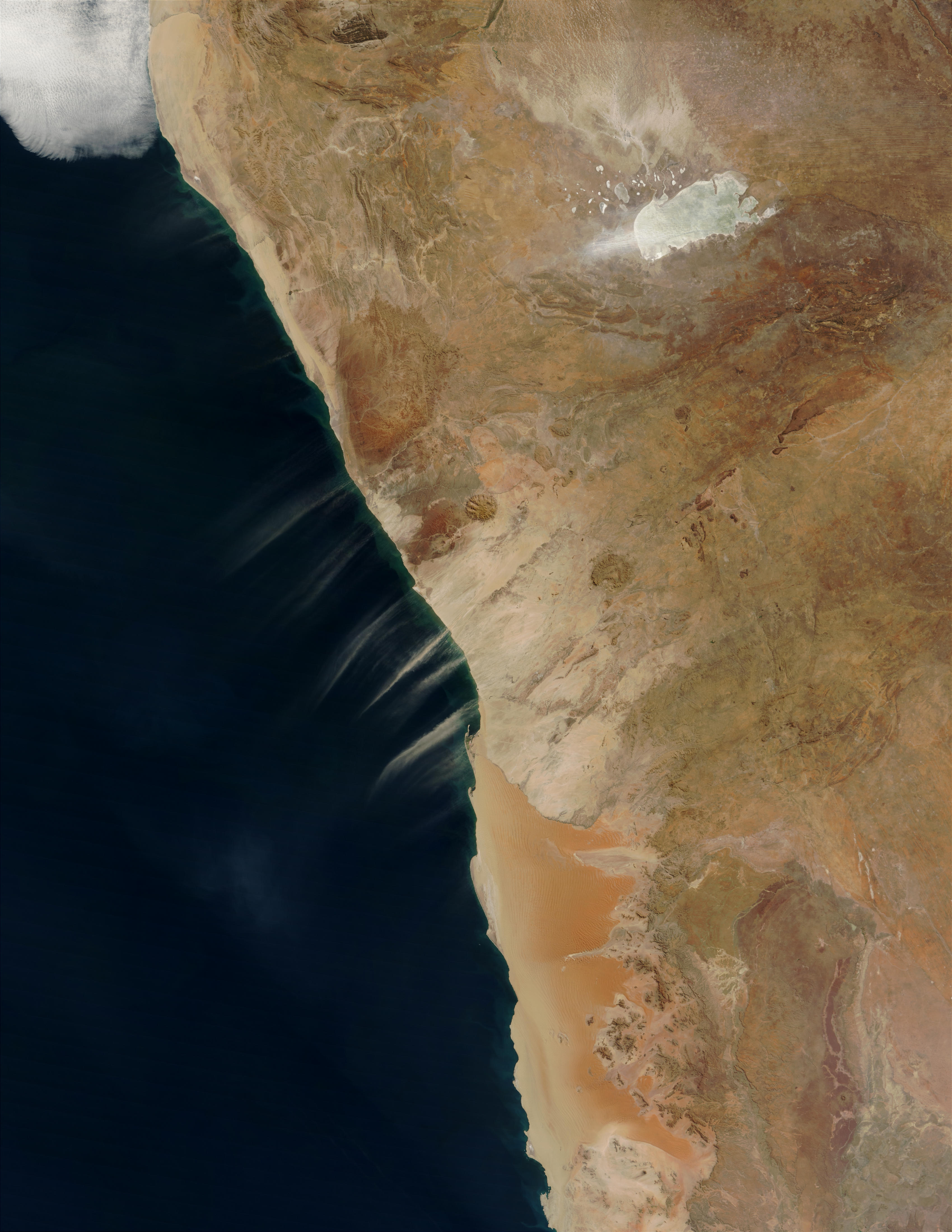 This true-color Terra MODIS image features dust plumes, a great salt lakebed, and the Namib Desert. A number of dust plumes stream off of the coast of Namibia over the southern Atlantic Ocean, and a white plume of dust billows westward from the Etosha Pan (top). Stretching up to 150 kilometers (about 93 miles) in length, the plumes indicate the strength of the wind currents moving across Namibia and southern Africa.

To the north, the Etosha Pan reflects white because of the high concentration of salt in the desert (called a flat saline desert), and stretches 130 km long by 50 km wide (80 x 31 miles). The pan is believed to be the remnant of an ancient lake that formed about 12 million years ago. The Pan holds a shallow amount water for only a brief period of time each year, but when it does, it teems with wildlife, including flamingoes, pelicans, and impala. The Etosha National Park, of which the Etosha Pan is but a part, is also home to the endangered black rhino, whose population has grown to around 3,100 worldwide.

To the south, along the coast of Namibia, runs the Namib Desert, whose red-orange sand dunes are visible even at the 1-kilometer resolution. The dunes can stand over 800 feet tall, and the desert itself stretches for over 1900 km (1200 miles) along the coast. This image was acquired August 9, 2002.