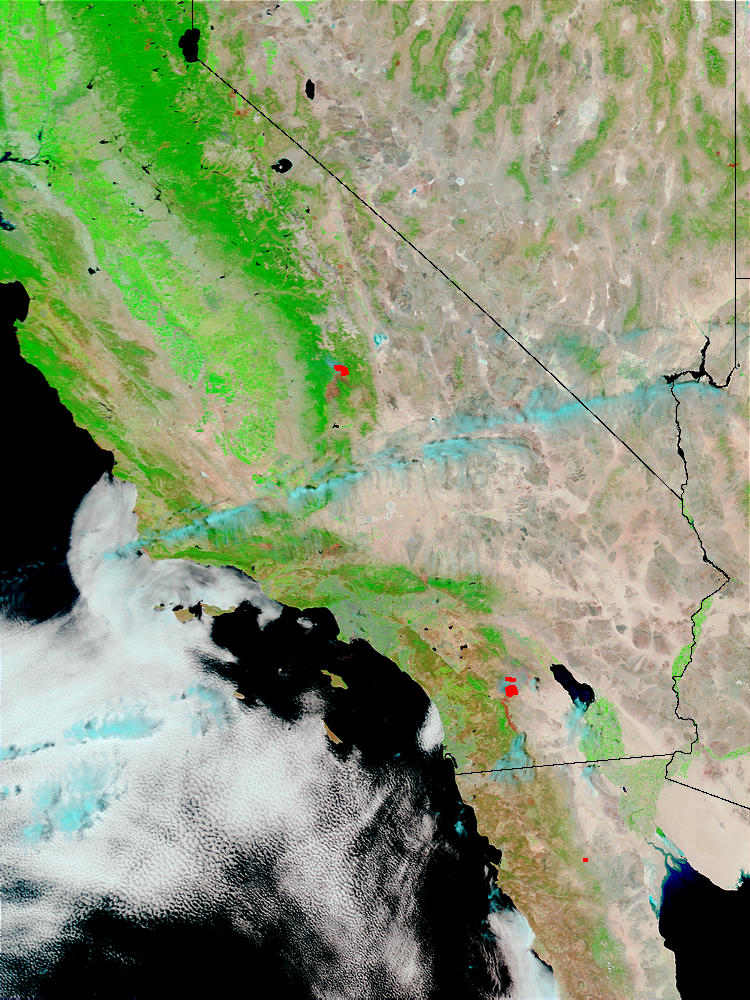 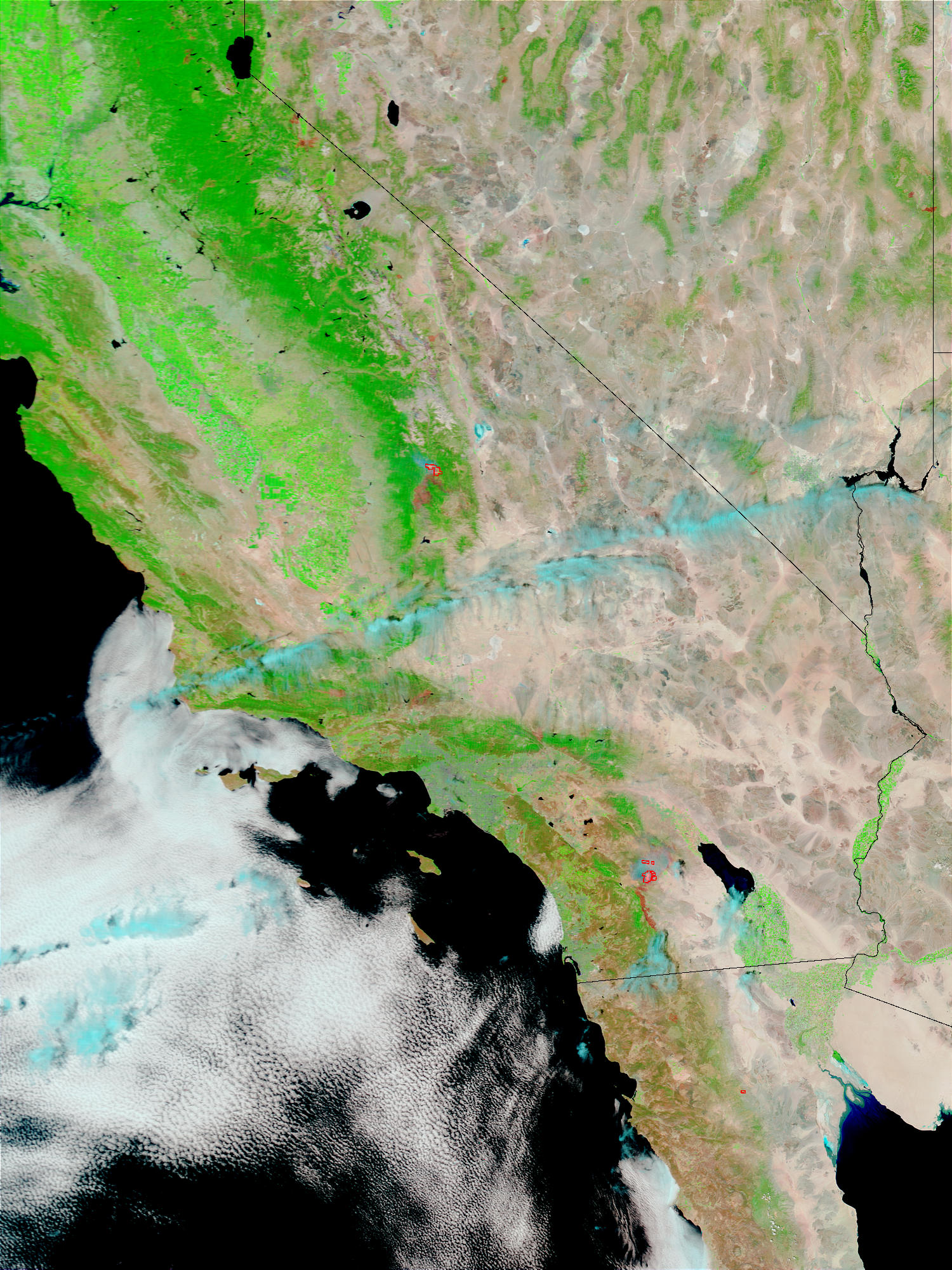 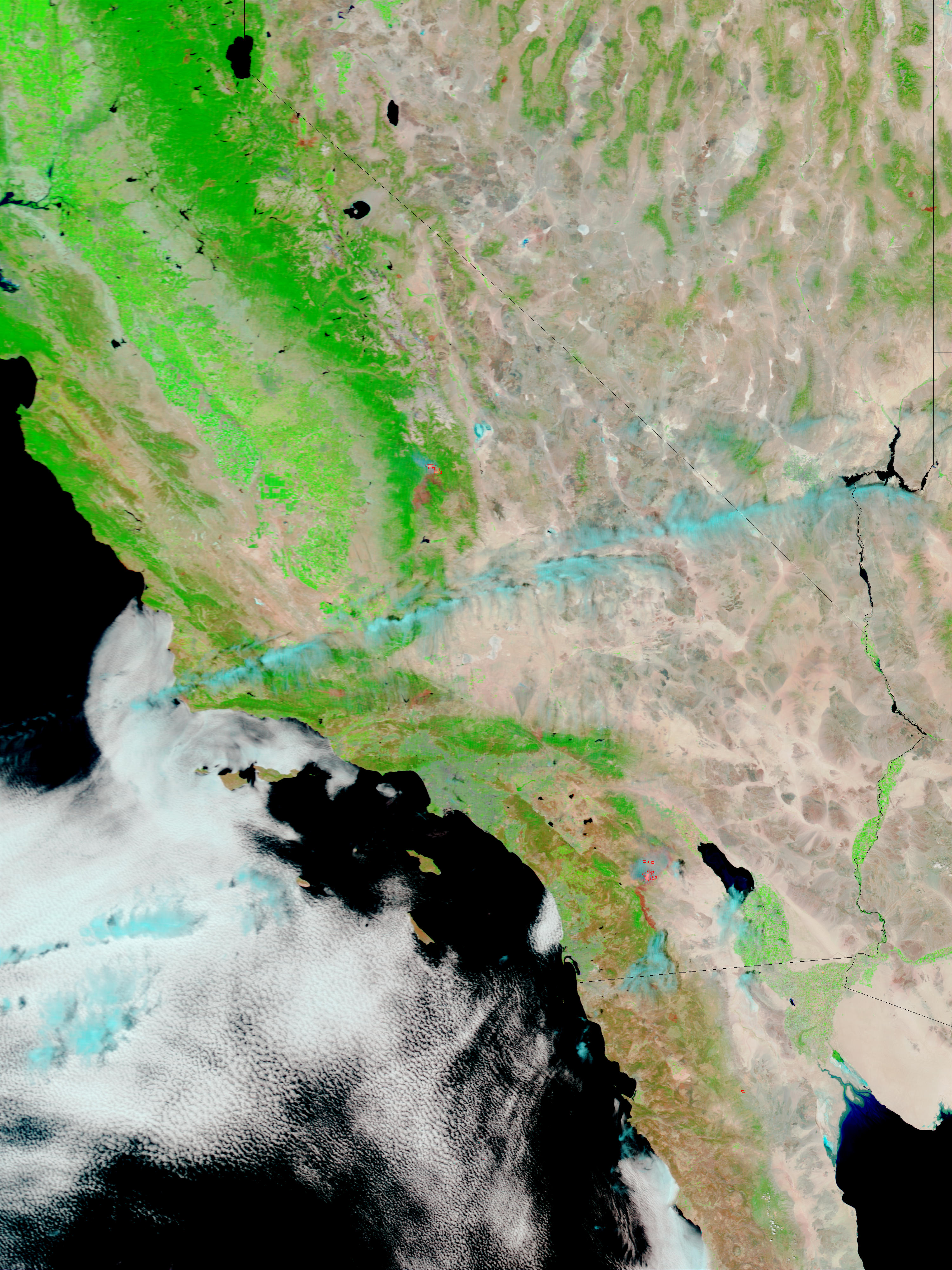 Fires and burn scars in California

In the Sierra Nevada Mountains in southern California, the McNalley Fire continues to grow, particularly along its northern flank. As of August 18, the fire had consumed 142,815 acres, mostly in the Sequoia National Forest. As the fire continued to spread into the Inyo Wilderness Area to the north, it threatened water quality in streams that are home to the endangered golden trout, and firefighters worked to prevent contamination in the area—an area so important to the species— habitat that it is called the Golden Trout Wilderness Area.

In the false-color images, vegetation is green, burned areas are reddish brown, and smoke is blue. These Moderate Resolution Imaging Spectroradiometer (MODIS) images begin tracking the fire on July 31, 2002.

In a few of the images in the series, fires in southwestern Oregon and northern California are also visible. The Biscuit Fire in the southwest corner of Oregon had grown to 435,654 acres as of August 17, 2002. The fire, which was started by lightning on July 13, will likely be one of the largest fires in Oregon—s recorded history. Many of the images show the large blaze releasing thick smoke, which drifts southward along the Pacific Coast. To the right of the smoke plume, the fire—s large burn scar appears brown against surrounding green vegetation.

Meanwhile, the Tiller Complex Fire to the northeast had grown to 53,900 acres as of August 18, and was 43 percent contained. This fire consists of eight large fires and numerous other small fires. The final image in this series is on August 25, 2002.