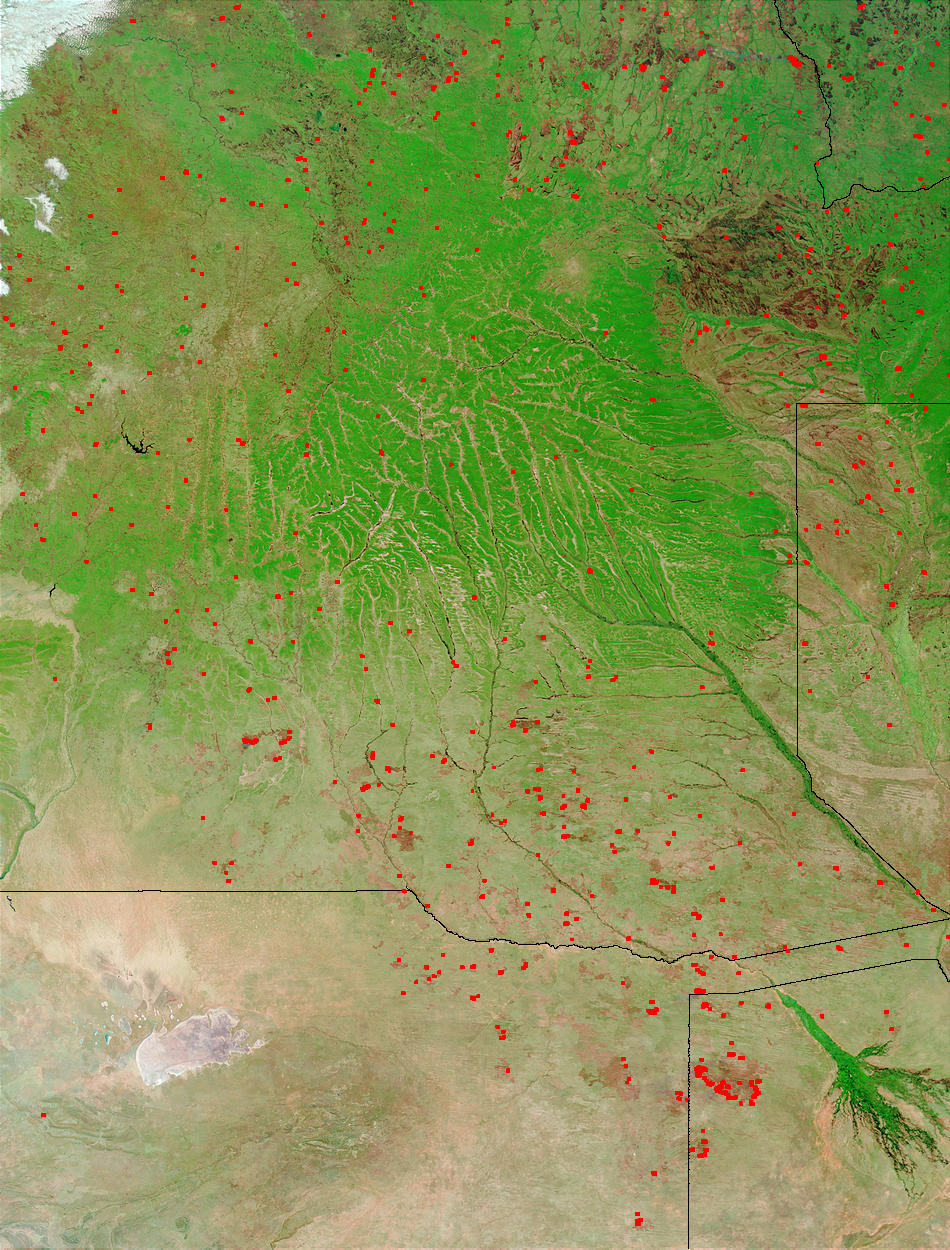 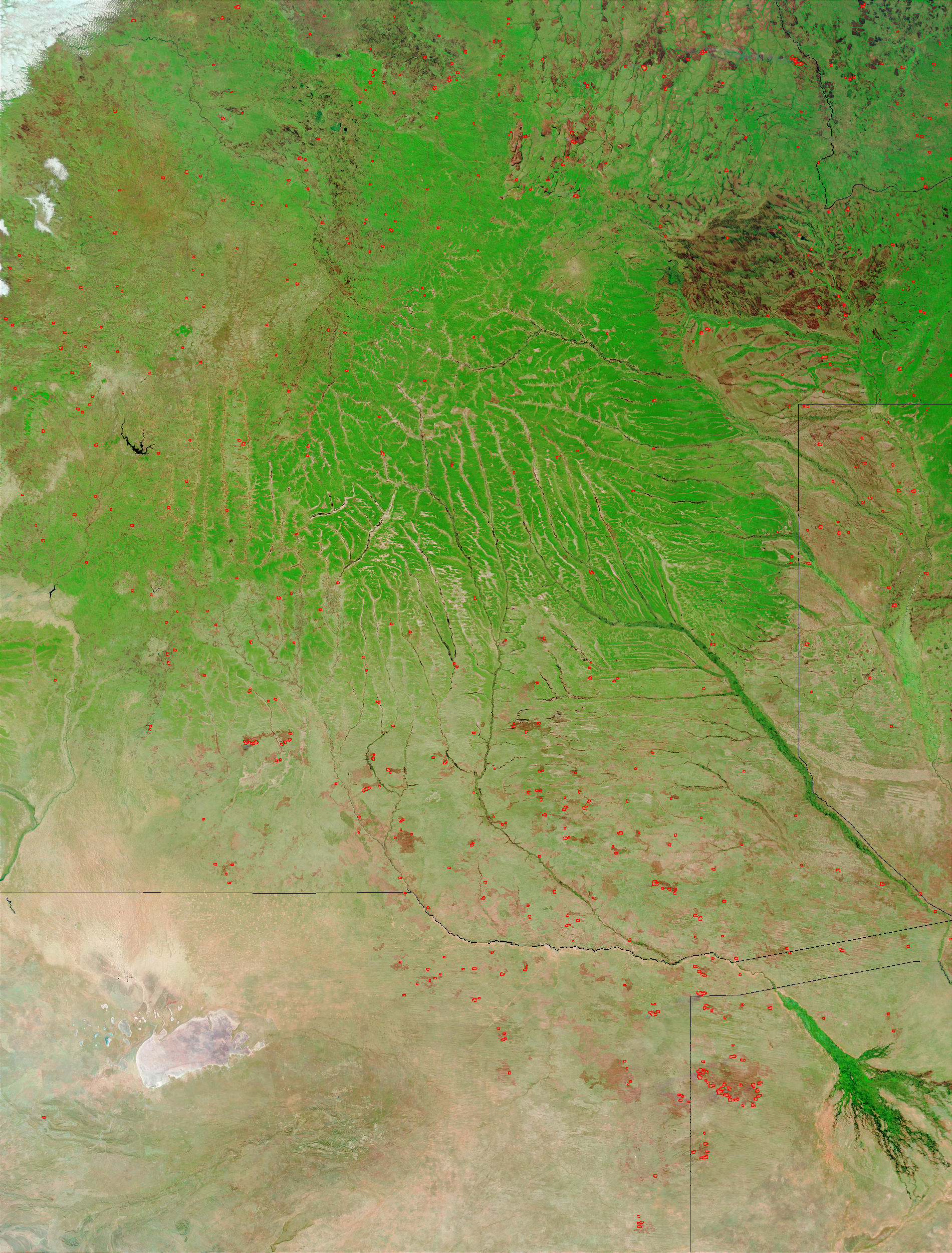 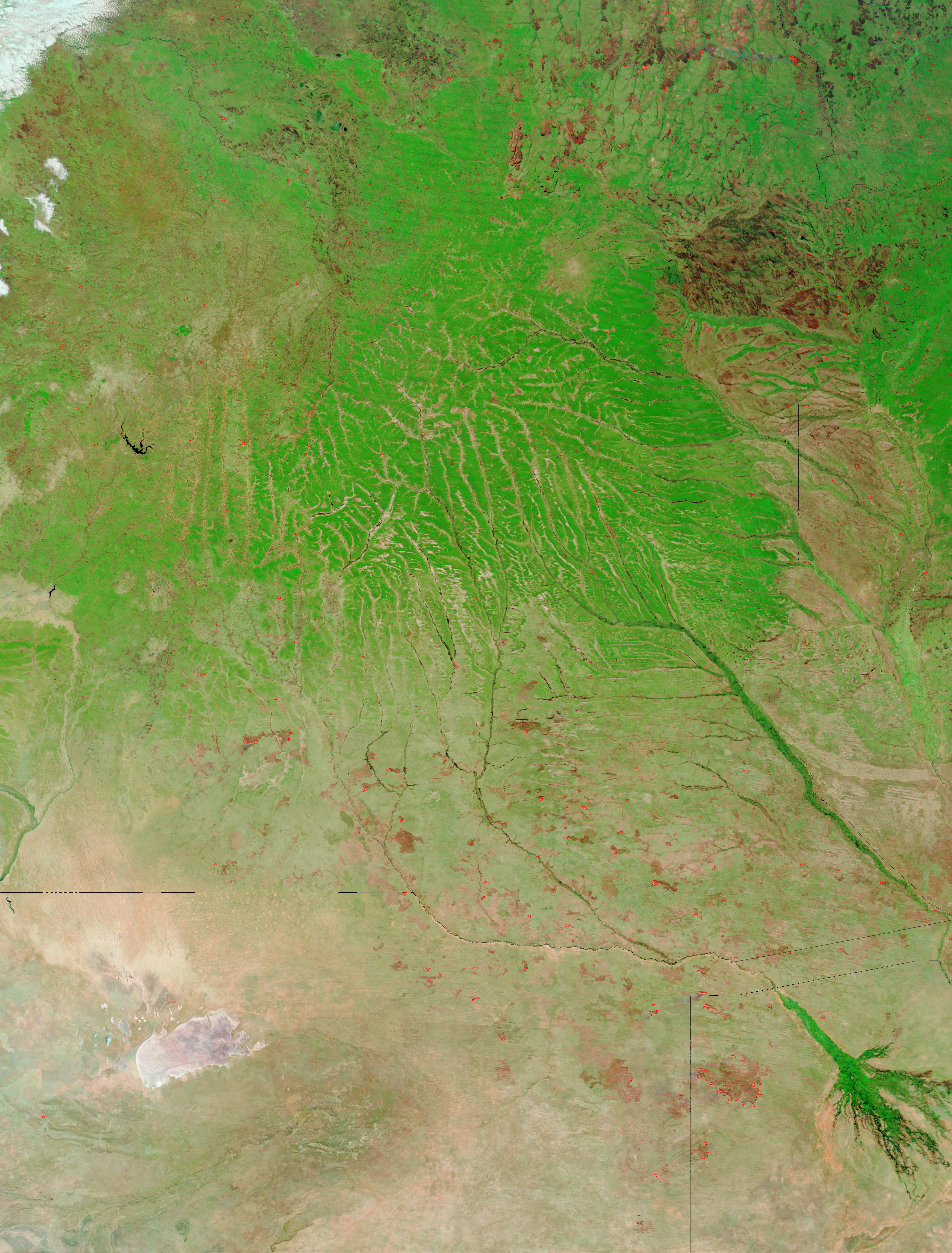 Fires and burn scars in Angola and Botswana