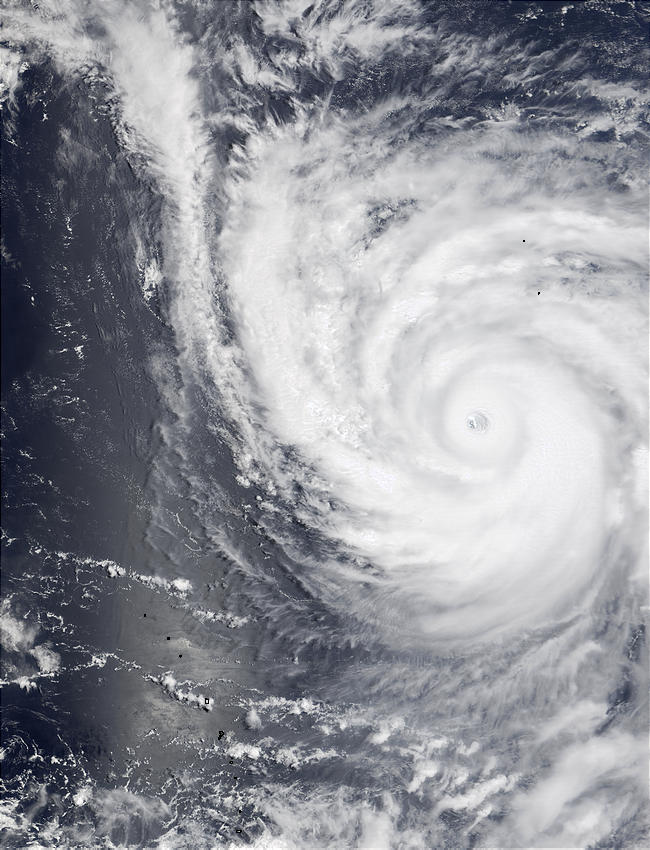 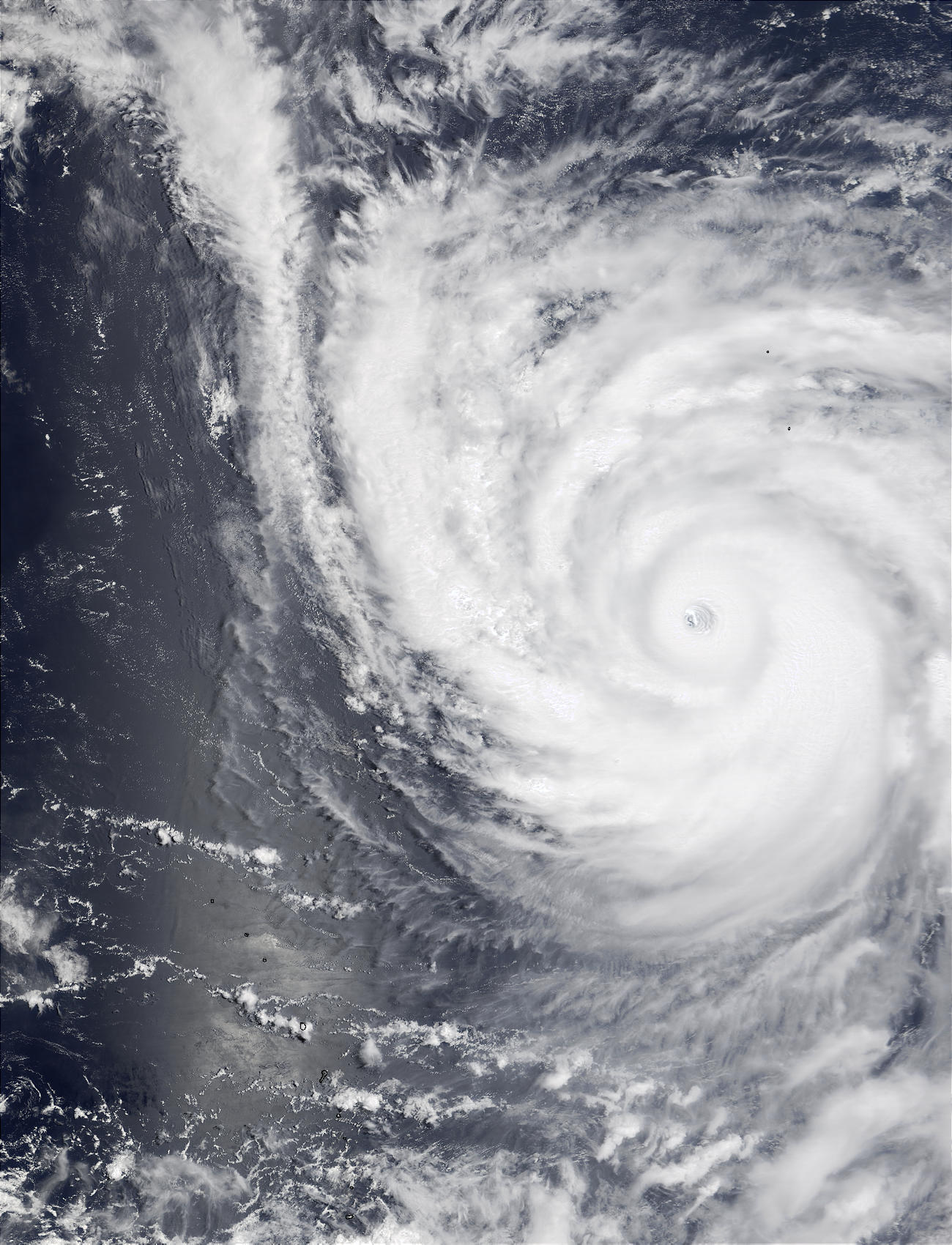 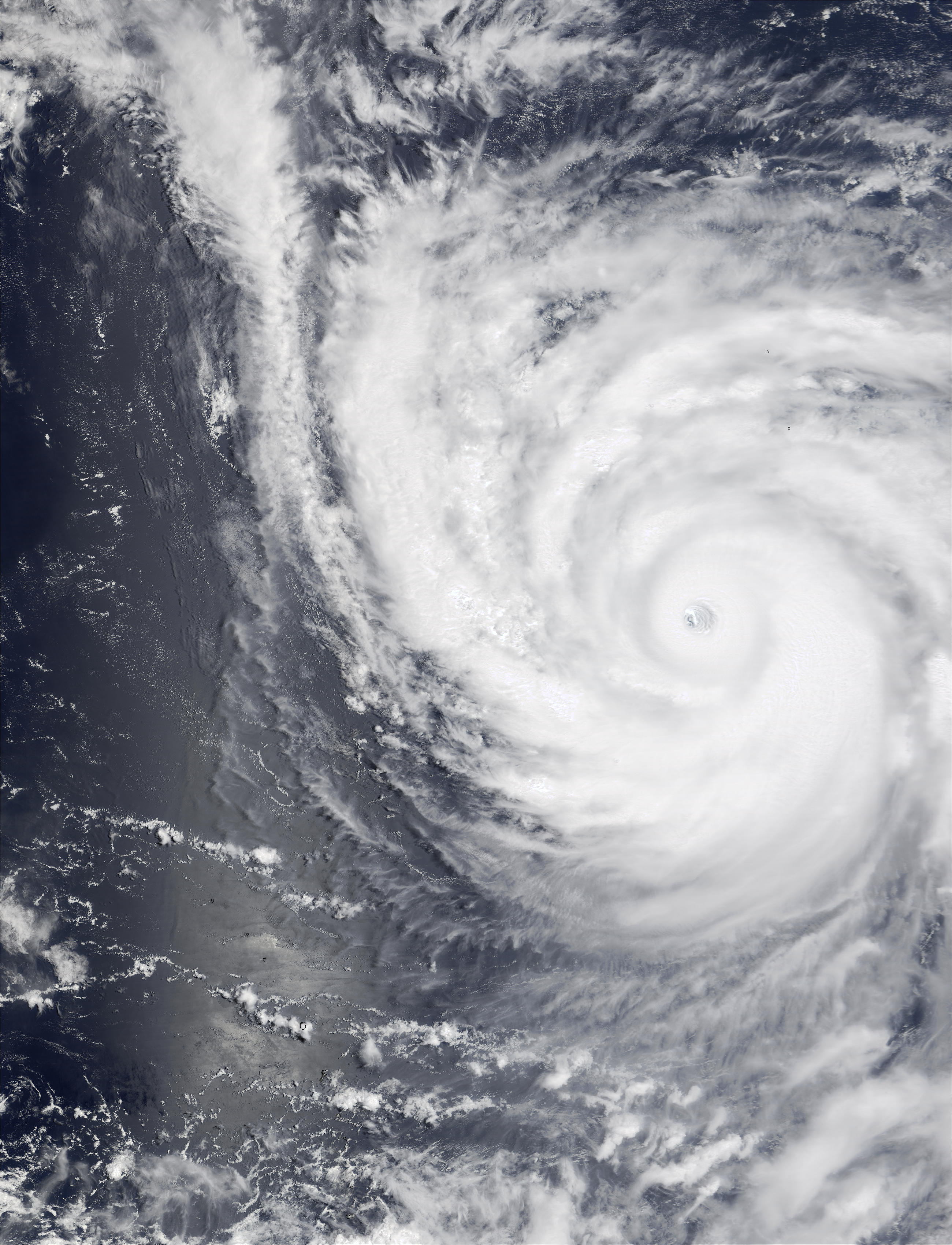 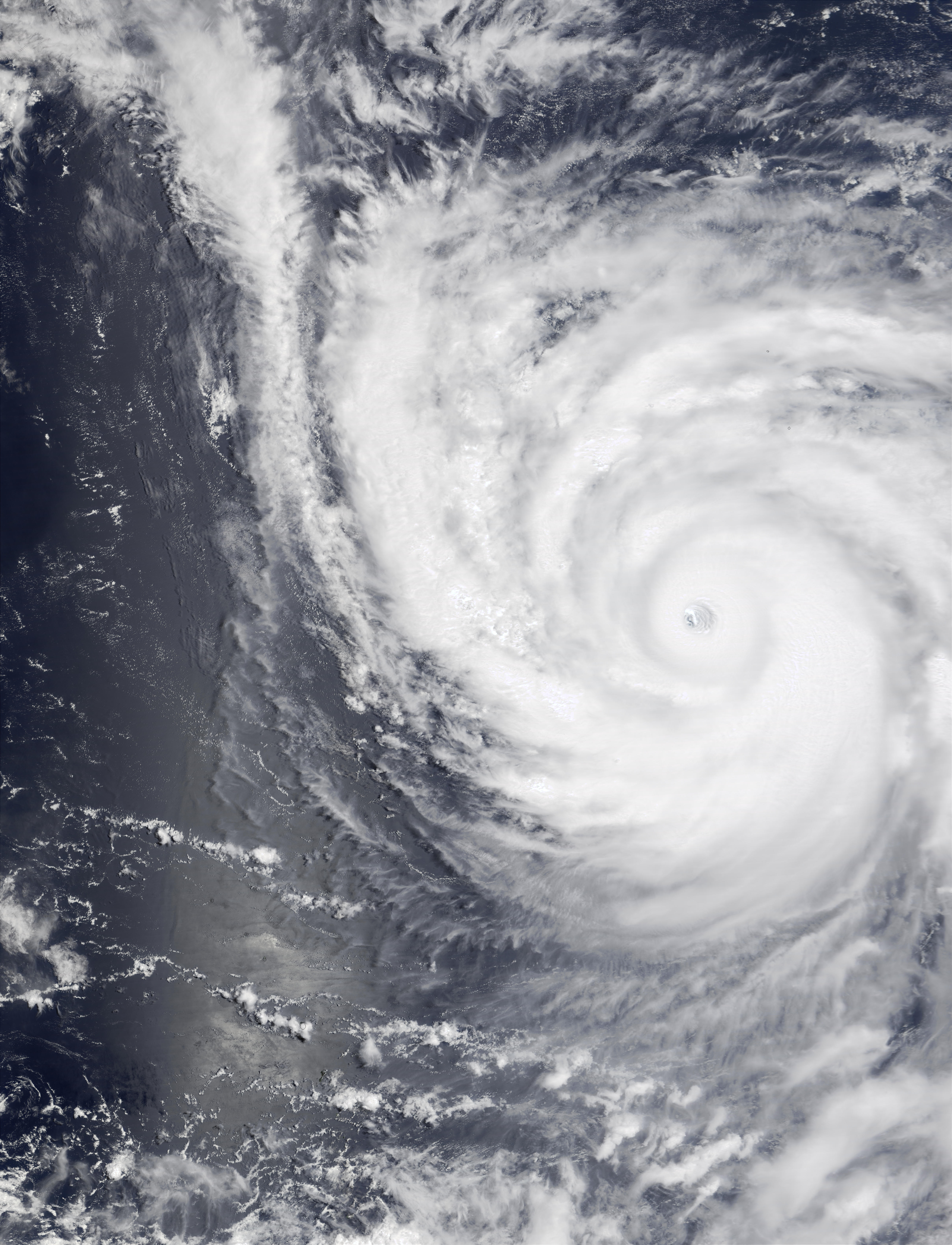 With sustained winds at 145 knots (167 miles per hour), Super Typhoon Fengshen reached Category 5 hurricane status--the most severe hurricane status--on Friday, July 19, 2002. This image was acquired by the Moderate Resolution Imaging Spectroradiometer (MODIS) on Monday, July 22, 2002, when the super typhoon was several hundred miles east of Iwo Jima at the southern tip of Kyushu, Japan. The storm is churning the sea into 35-foot waves, and winds have been gusting up to 170 knots (196 miles per hour). In this image, the storm occupies a rectangle roughly 1000 kilometers wide and 1100 kilometers tall. If the western side of this storm were aligned with Nashville, Tennessee, it would reach east all the way to the Atlantic Ocean, as far north as Akron, Ohio, and as far south as the Georgia-Florida border.

Fengshen has been tracking northwestward over the past 24 hours, and is expected to weaken only slightly as it makes its way toward Japan, which is still recovering from floods and wind damage caused by Typhoons Chataan and Halong, which hit the country the previous week.