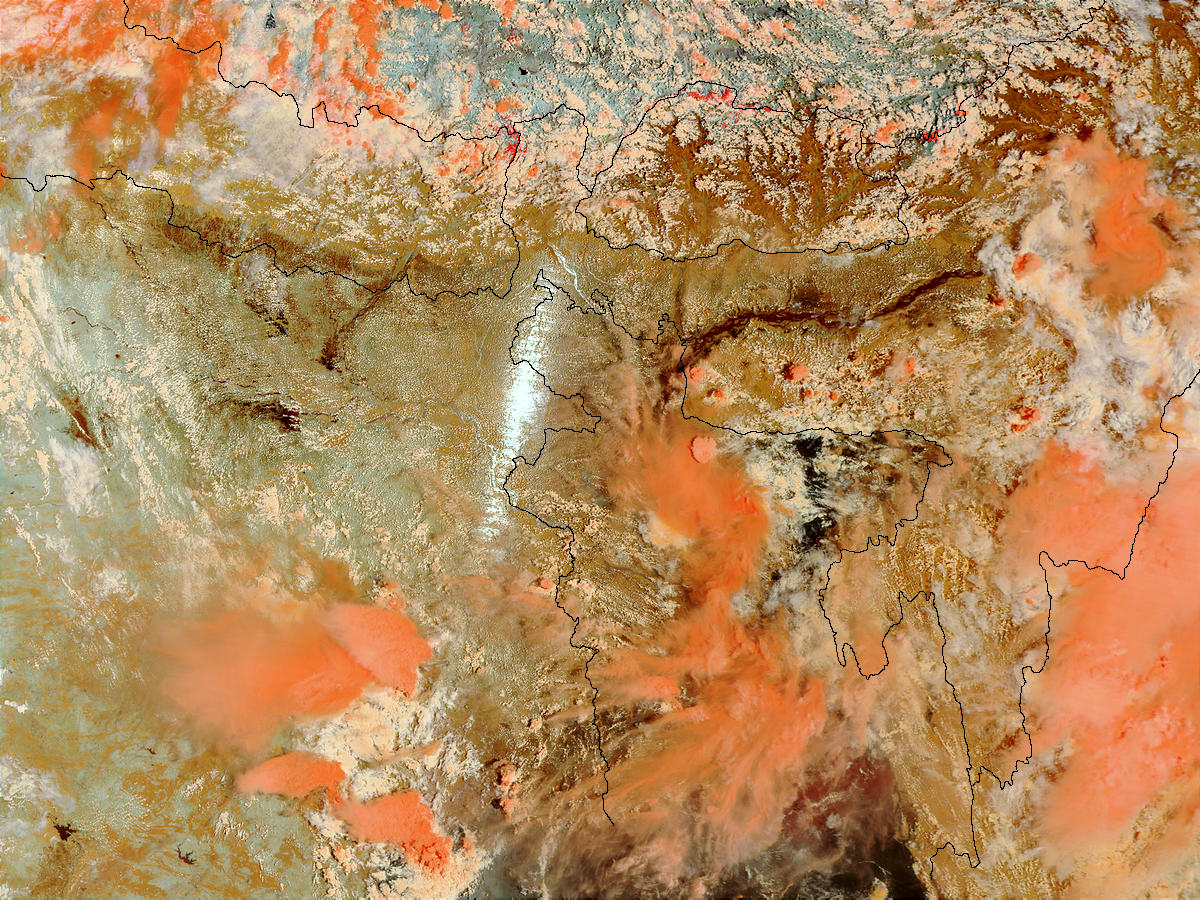 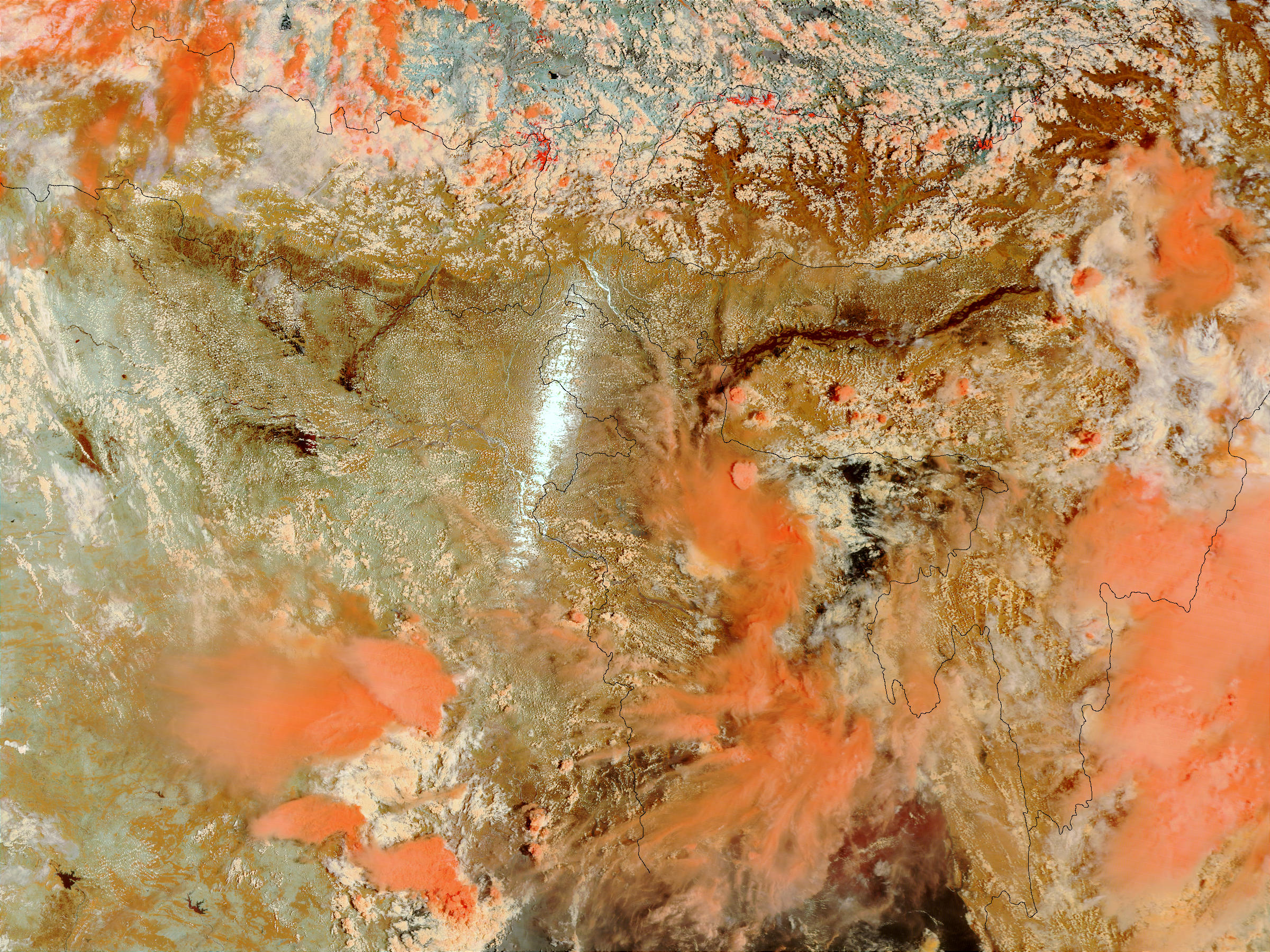 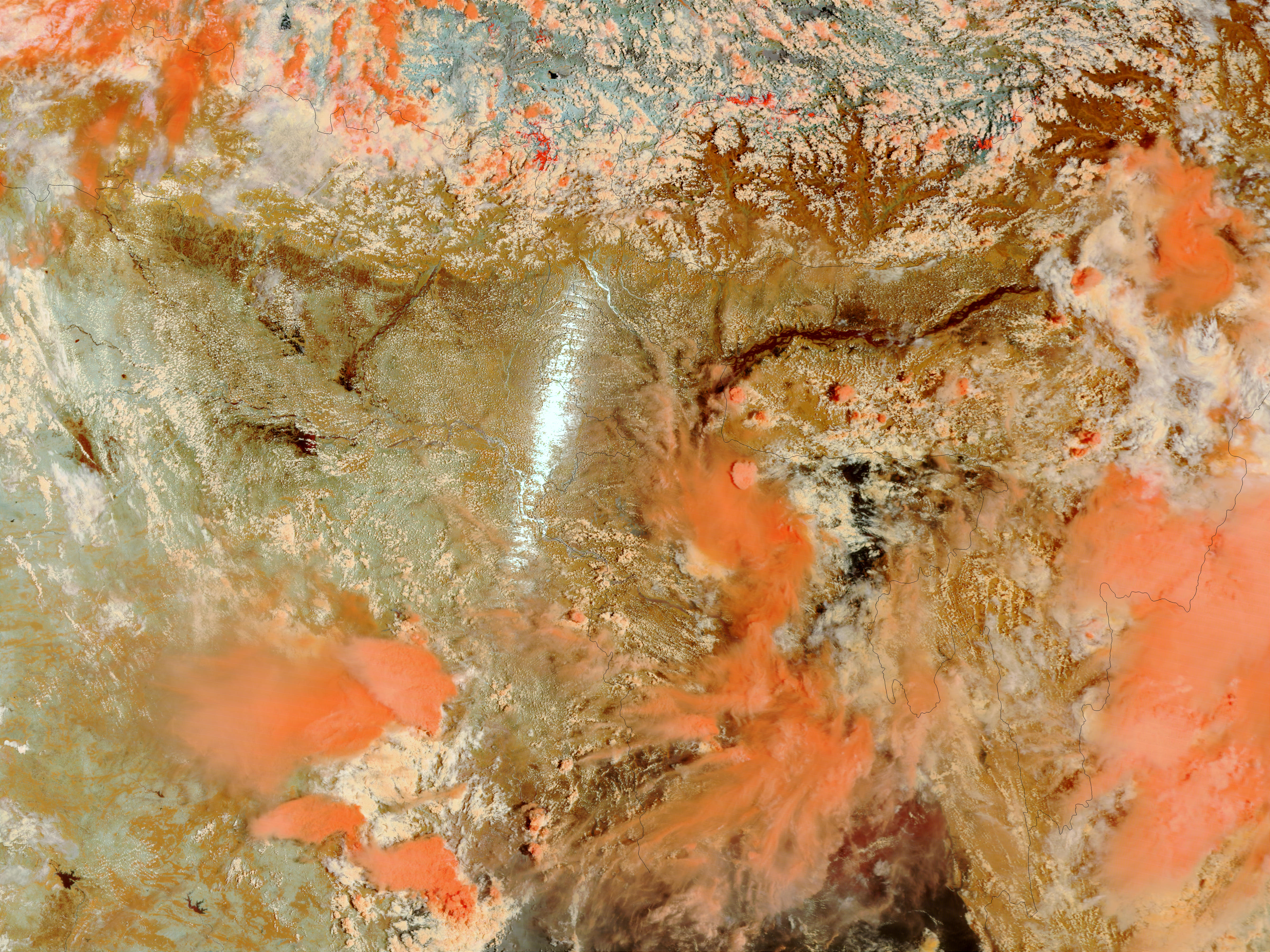 Floods in Northeast India and Bangladesh

For the past two weeks floods have ravaged Bangladesh (center) and eastern India (draped around Bangladesh to the north), killing over 50 people and displacing hundreds of thousands from their homes. These false-color images acquired on July 15 and 16, 2002, by the Moderate Resolution Imaging Spectroradiometer (MODIS) aboard the Terra satellite show some of the worst flooding. The dark brown, swollen river in the images (top right on July 16; center on July 15) is the Brahmaputra River, which flows through the middle of the Indian state of Assam at the foothills of the Himalaya Mountains. A large, black area south of the Brahmaputra (partially obscured by clouds) shows flooded areas in Bangladesh.

Floods of this magnitude have been known to occur in southern Bangladesh and are caused by storms washing seawater over coastal regions. This year, however, unrelenting torrential rains across the entire eastern sub-continent gave rise to the deluge. The massive amounts of rainwater that fell on Nepal and Assam drained into an already waterlogged eastern Bangladesh.

Normally, the Brahmaputra River and its tributaries would resemble a tangle of thin lines, and the large black patches in Bangladesh would be the color of the rest of the land surface, tan. In these false-color images, land is tan, and clouds are pink and white. Water comes across as black or dark brown, depending on its sediment level, with clearer water being closer to black.