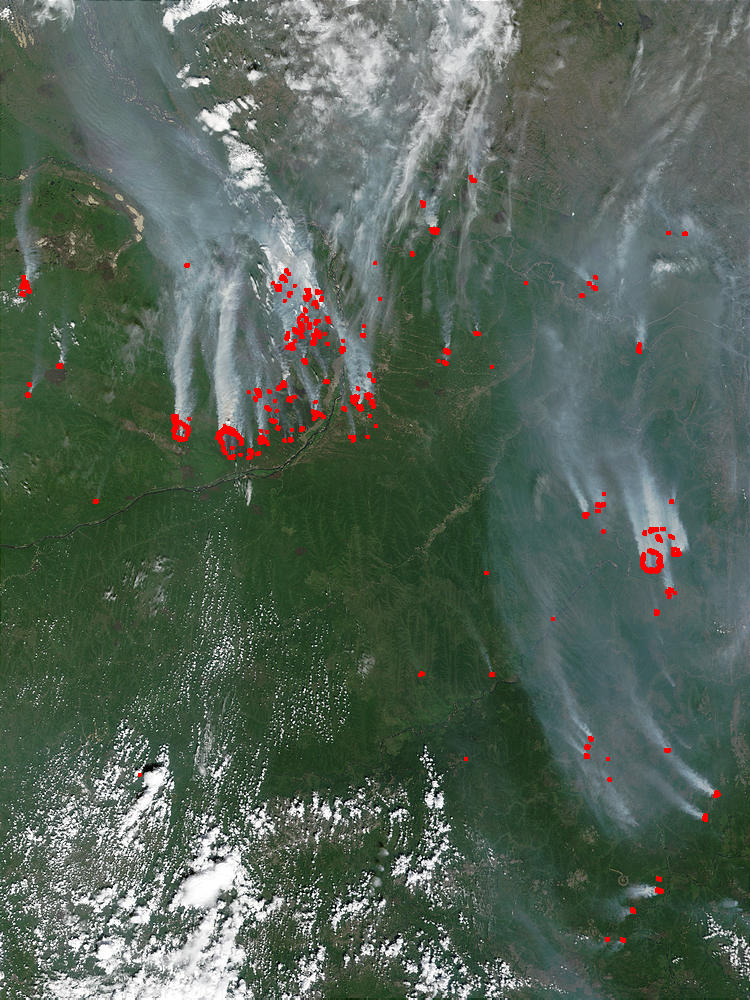 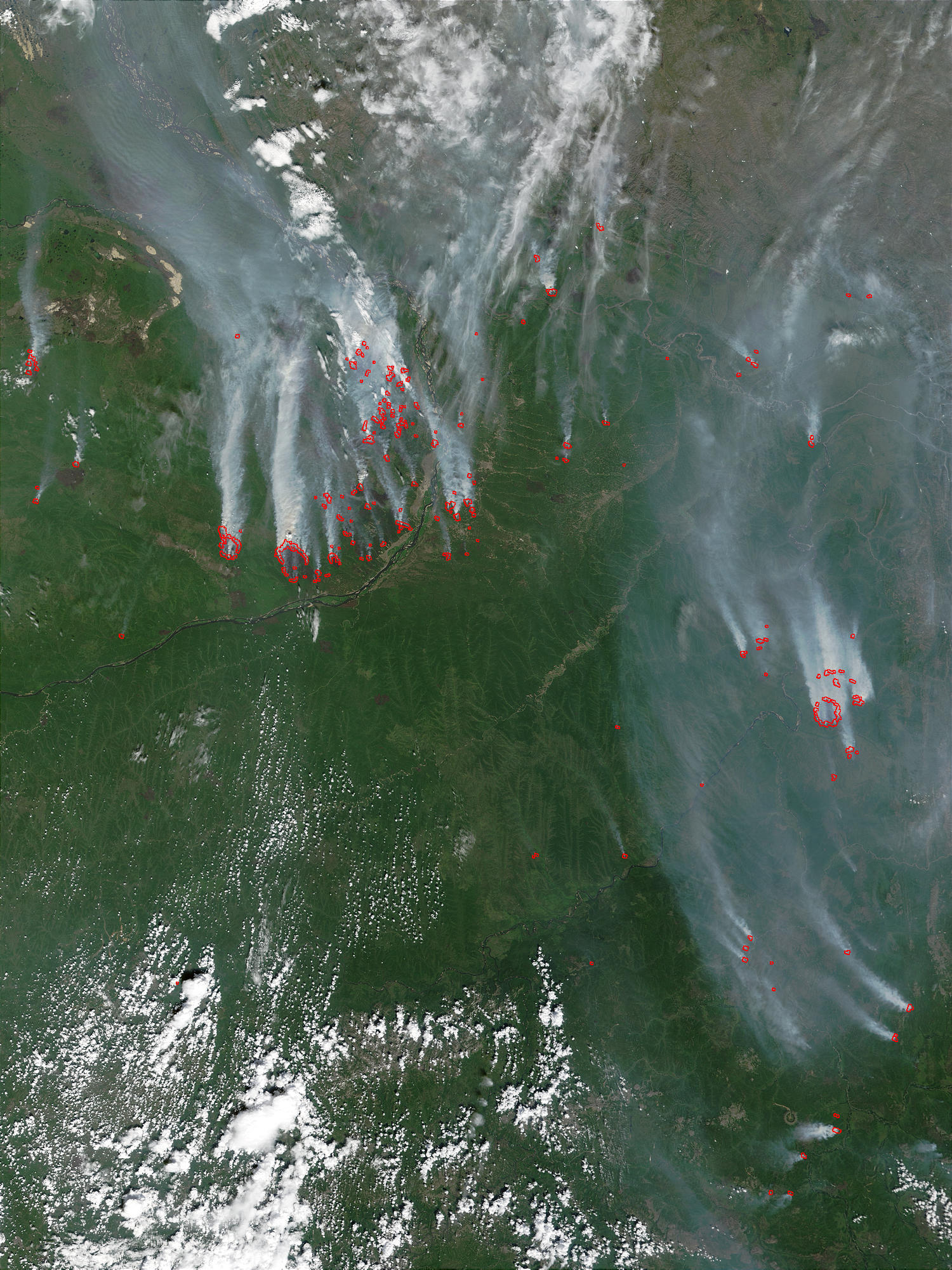 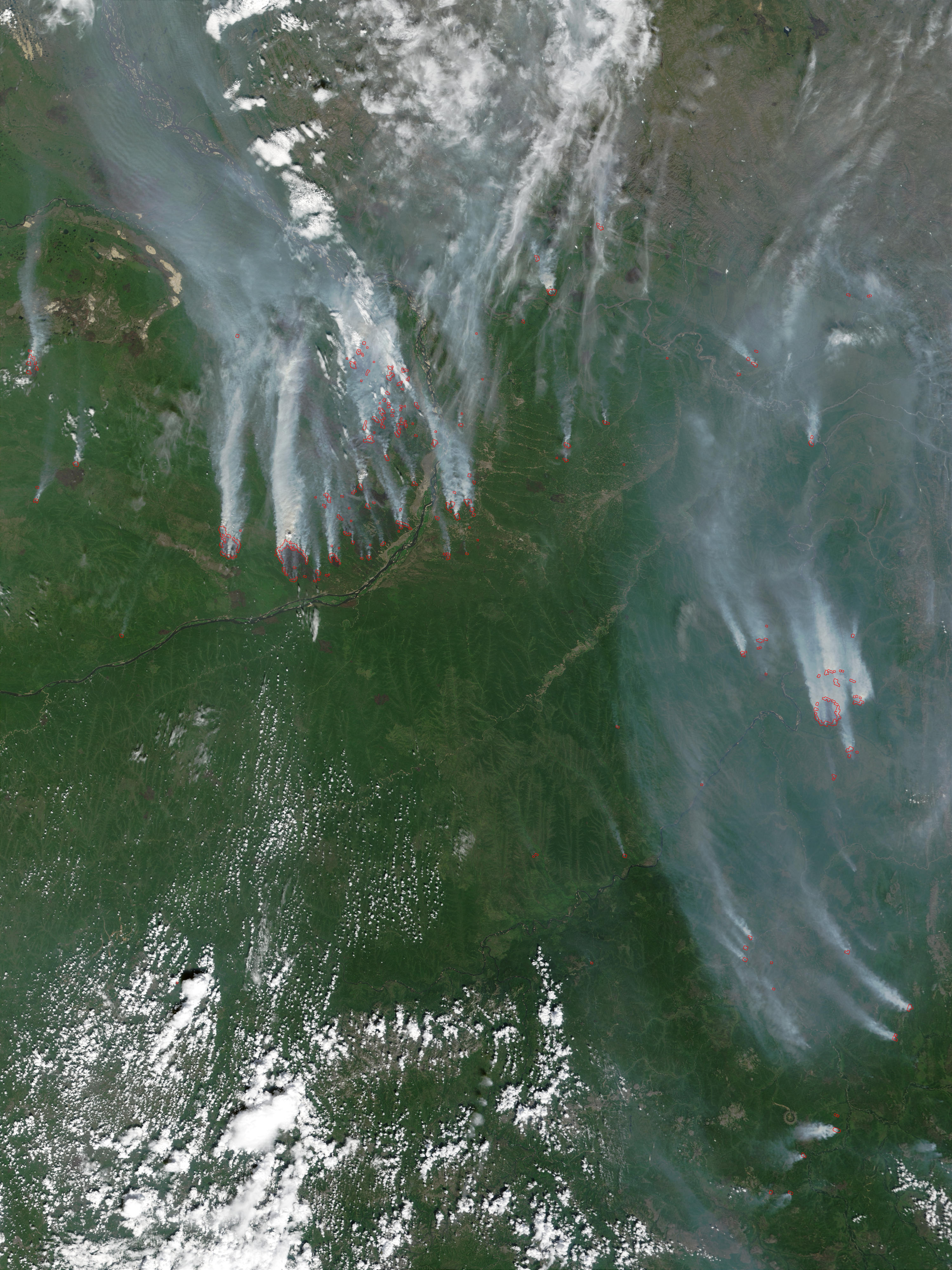 Fires and smoke near Yakutsk, Russia

In the Sakha region of Siberia, at the eastern edge of the Central Siberian Plateau, numerous fires are burning near the city of Yakutsk, along the bank of the Lena River. This first iamge in this series was acquired by the Moderate Resolution Imaging Spectroradiometer (MODIS) on the Terra satellite on May 22, 2002. Fires continued throughout the months of June and July, and dark burn scars began to appear in the true-color imagery. In the false-color images, vegetation is bright green and burned areas are reddish-brown. Considerable smoke has been present throughout the course of the fires.