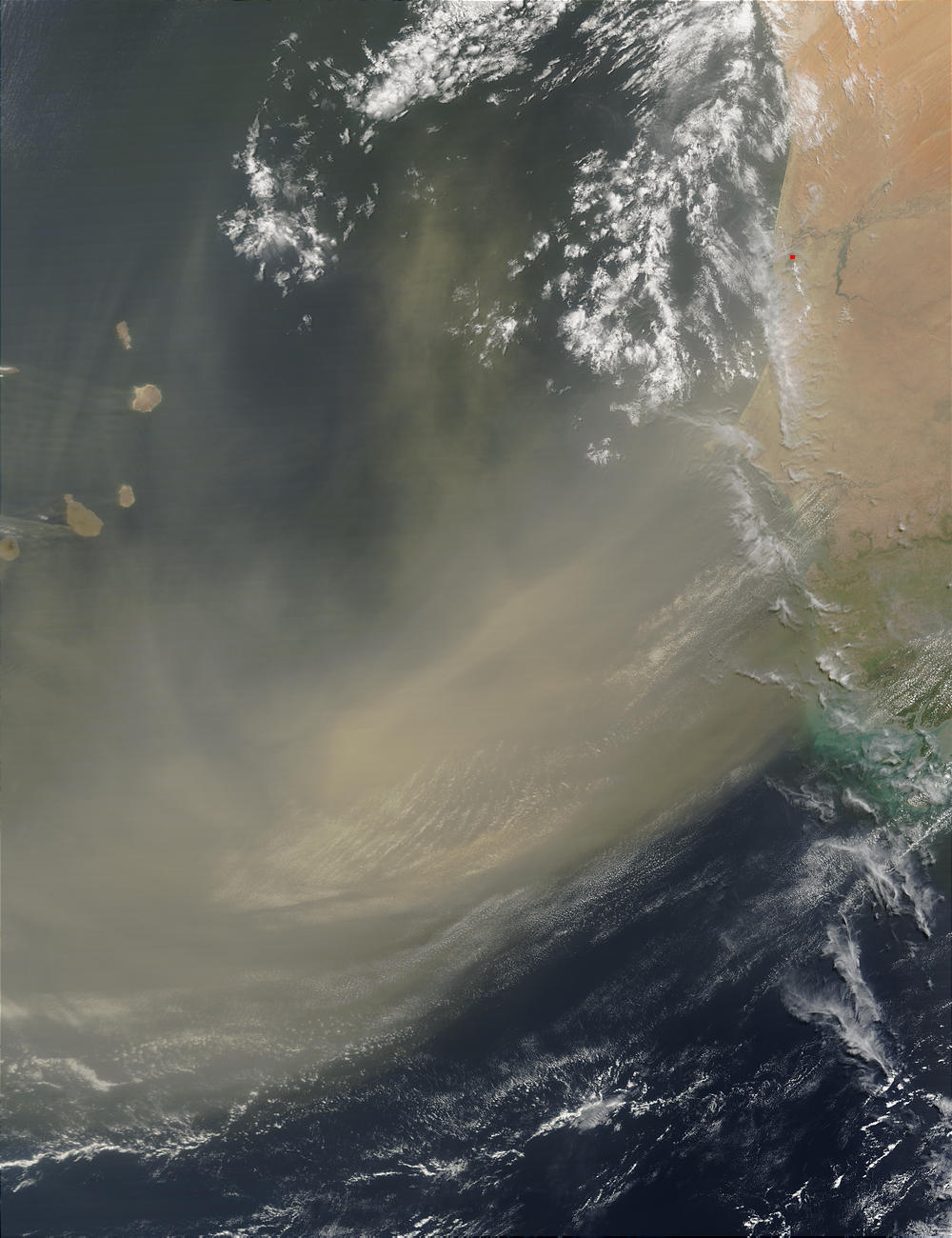 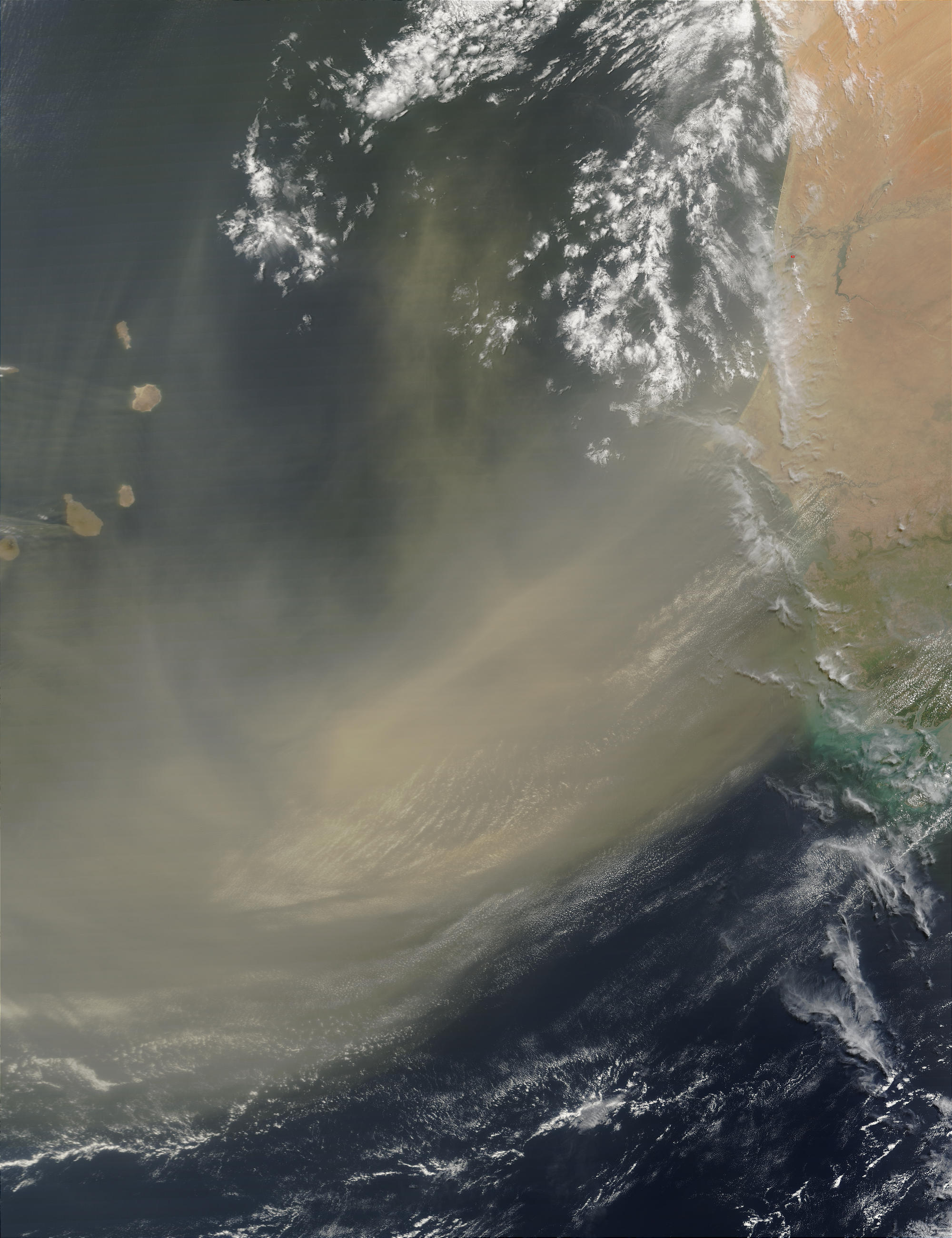 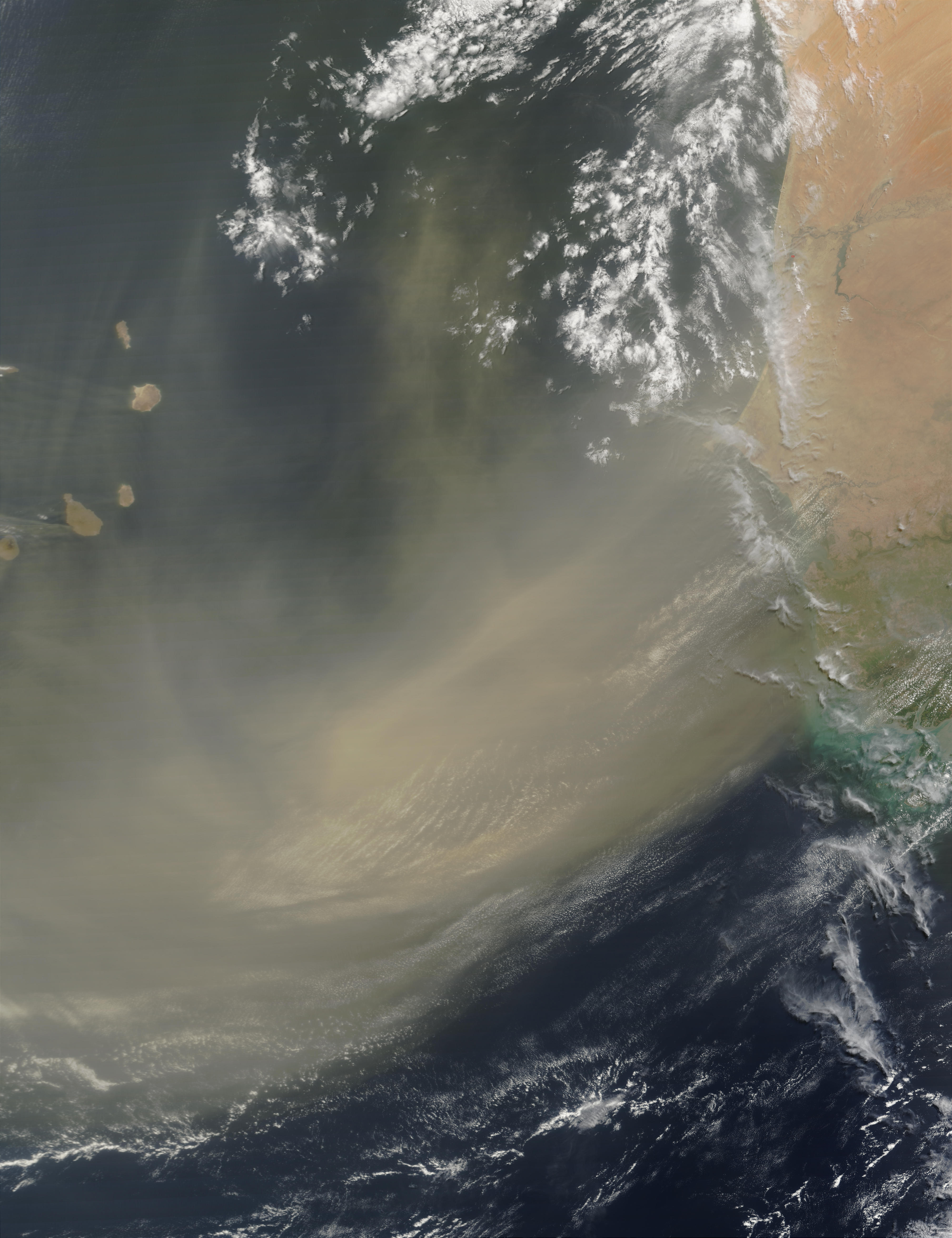 The impacts of Saharan dust storms reach far beyond Africa. Wind-swept deserts spill airborne dust particles out over the Atlantic Ocean where they can enter trade winds bound for Central and North America and the Caribbean. This Moderate Resolution Imaging Spectroradiometer (MODIS) image shows a dust storm casting an opaque cloud of cloud across the Canary Islands and the Atlantic Ocean west of Africa on June 30, 2002. In general it takes between 5 and 7 days for such an event to cross the Atlantic. The dust has been shown to introduce foreign bacteria and fungi that have damaged reef ecosystems and have even been hypothesized as a cause of increasing occurrences of respiratory complaints in places like Florida, where the amount of Saharan dust reaching the state has been increasing over the past 25 years.

For more on this topic, please see