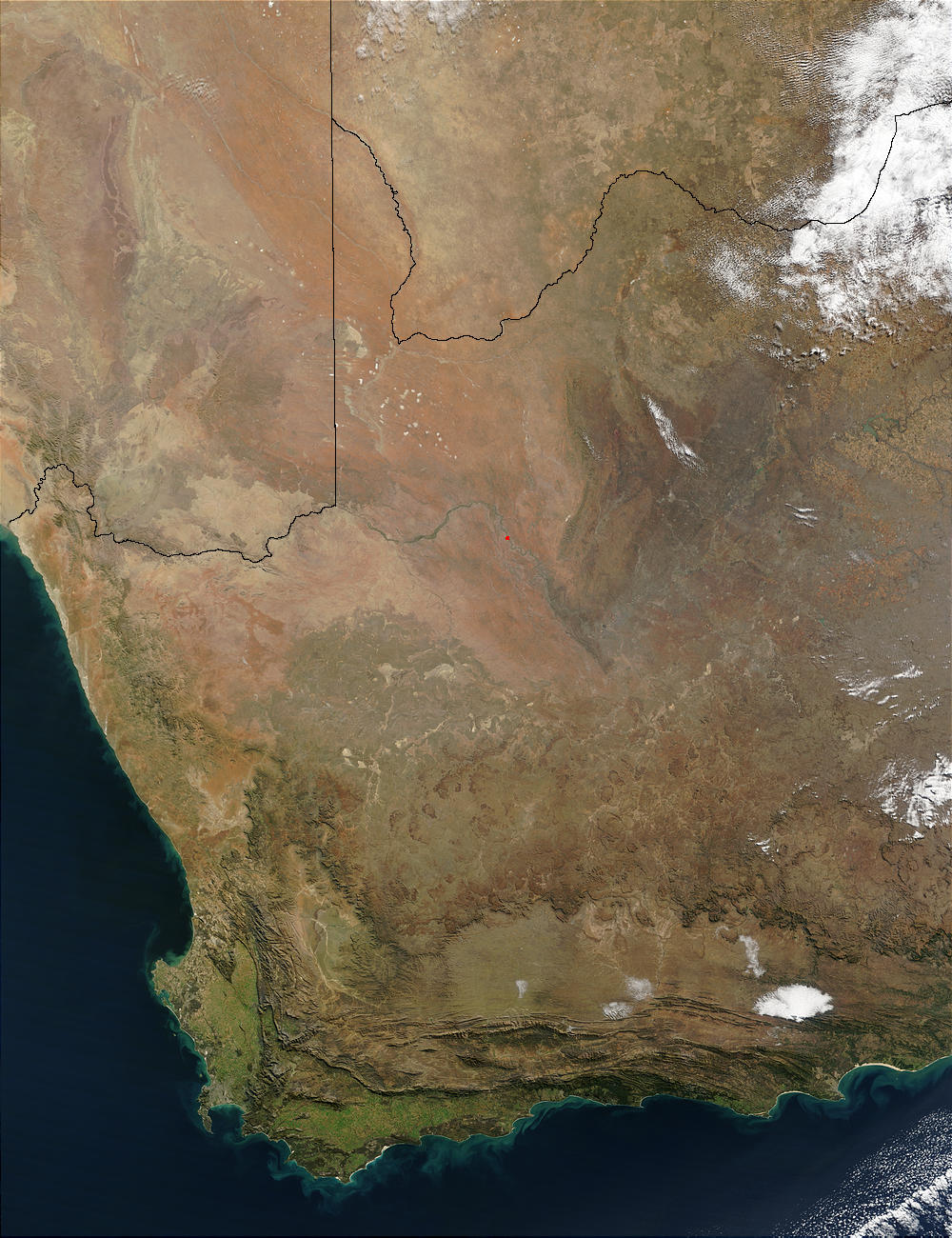 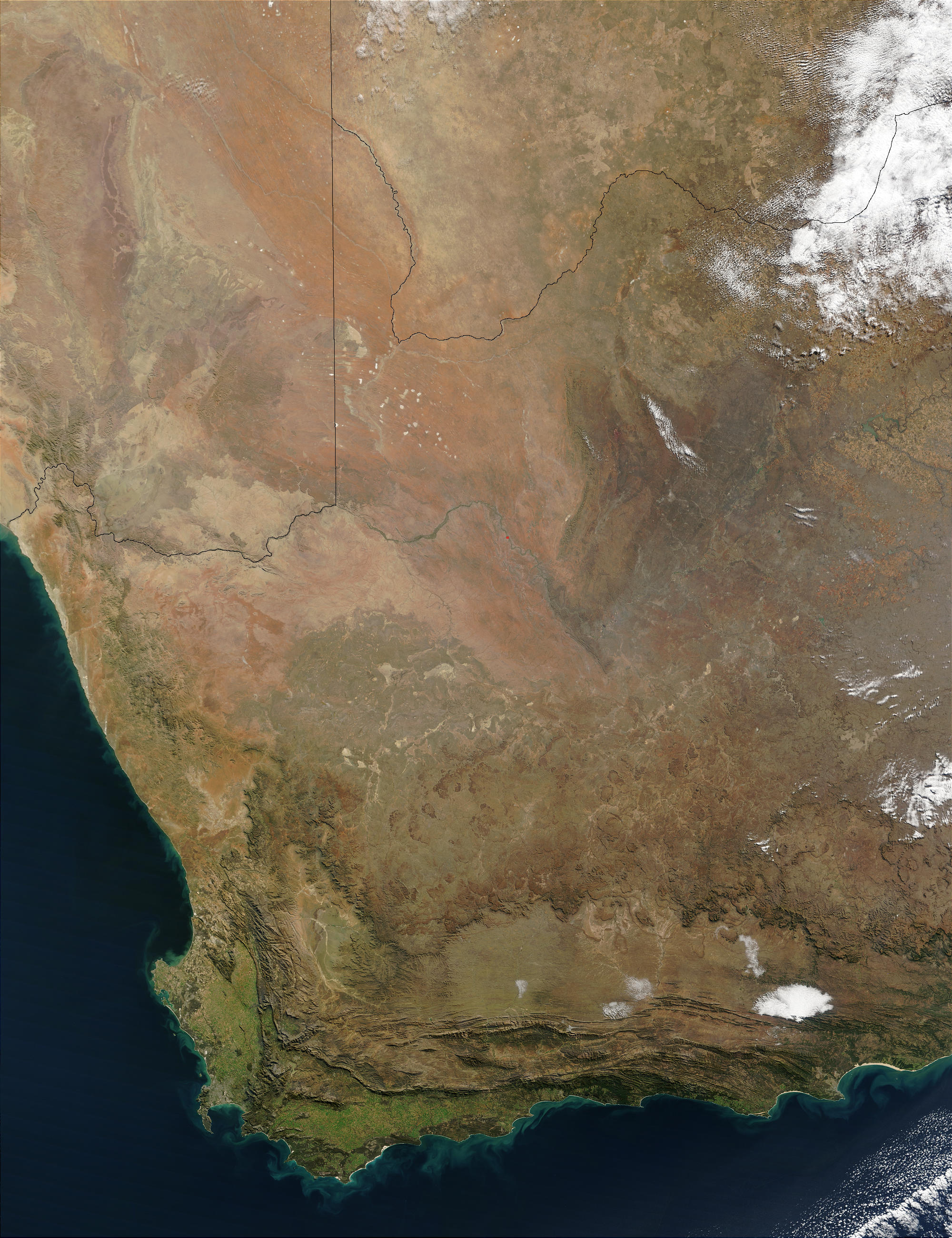 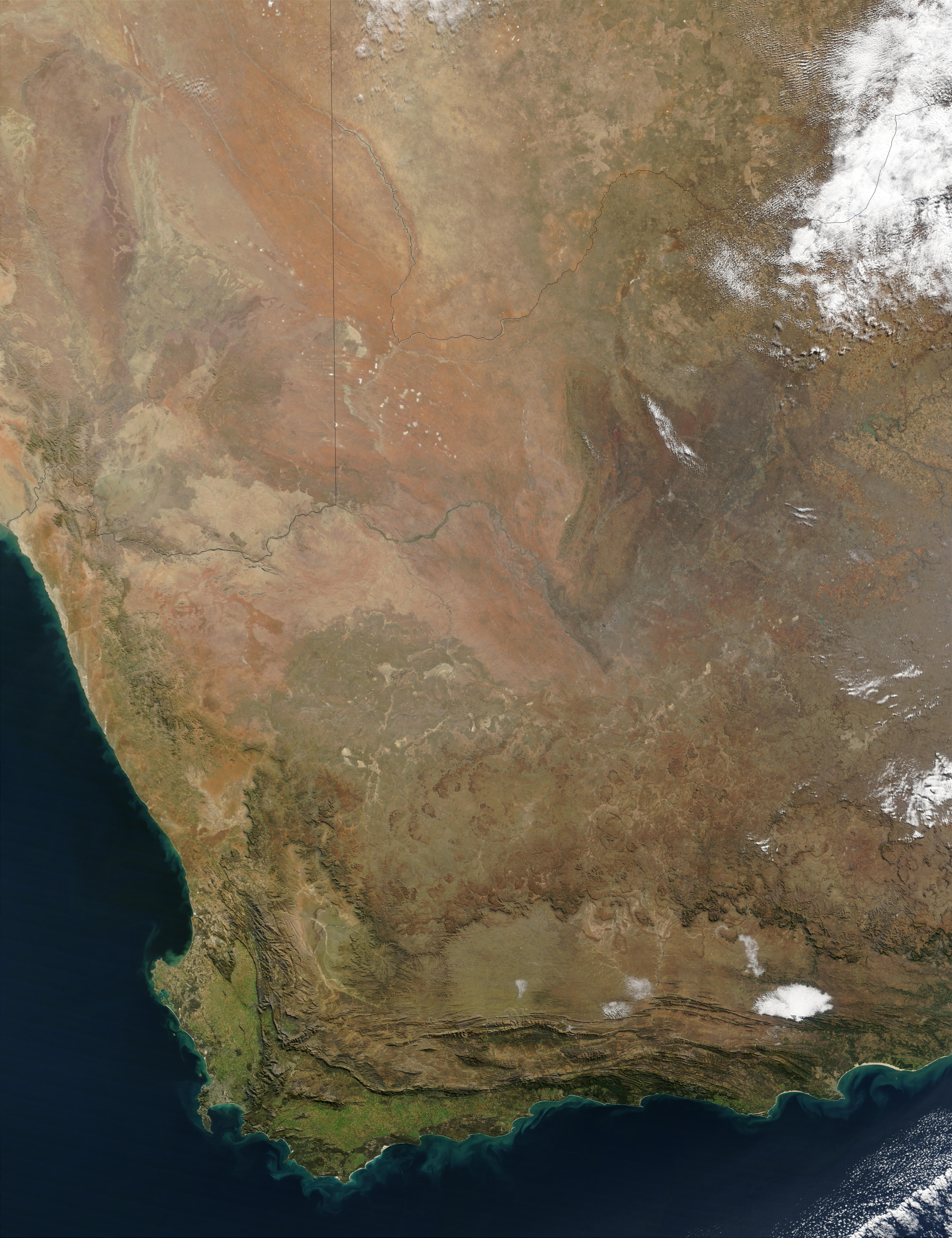 These Moderate Resolution Imaging Spectroradiometer (MODIS) images shows several countries in southern Africa: Namibia (left), Botswana (top), and Republic of South Africa (bottom). On October 9, the scene shows the continent farther east, and includes the landlocked country of Lesotho at far right. Along Namibia’s coast with the Atlantic Ocean, the cold Benguela Current flows up from the Southern Ocean around Antarctica, and inhibits rainfall, creating the Namib Desert, which appears orange. The Kalahari Desert spans the southern portions of Namibia and Botswana. The Orange River forms some of the boundary between Namibia and South Africa, after winding through the Asbestos Mountains (in the center of the Oct. 9 image). At bottom left, Cape Town makes a gray patch at the northern edge of horseshoe-shaped False Bay. North of the first range of mountains along the southern coast is a narrow tableland called the Little Karoo. A second, long escarpment separates the Little Karoo from the Great Karoo. A few fires were detected in some of the images, and are makred with red dots).