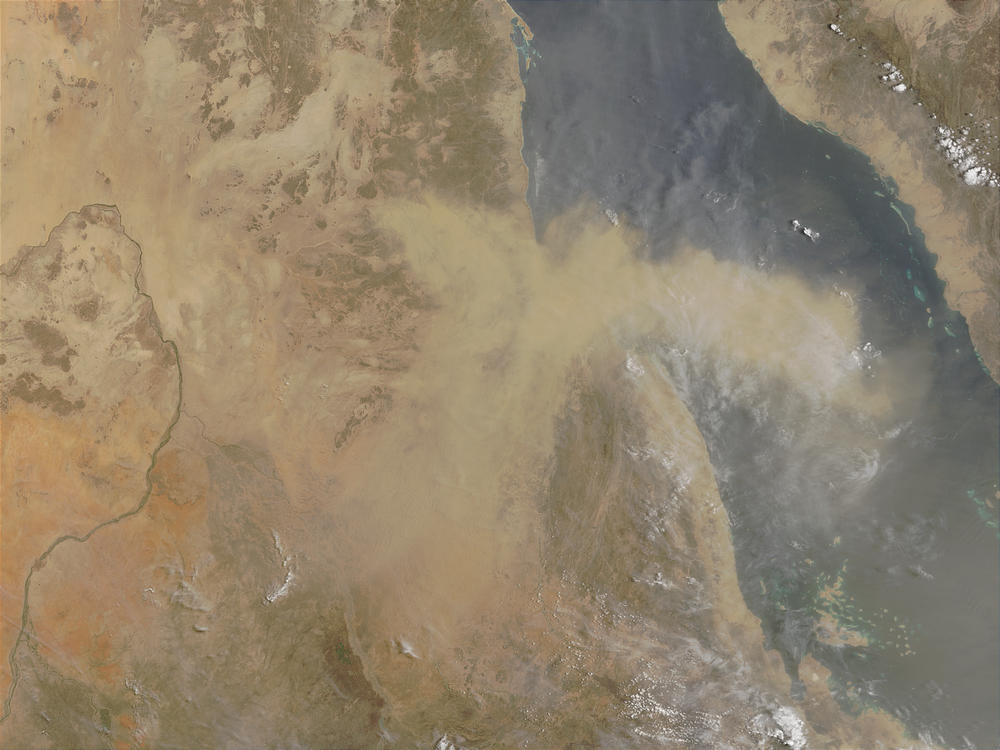 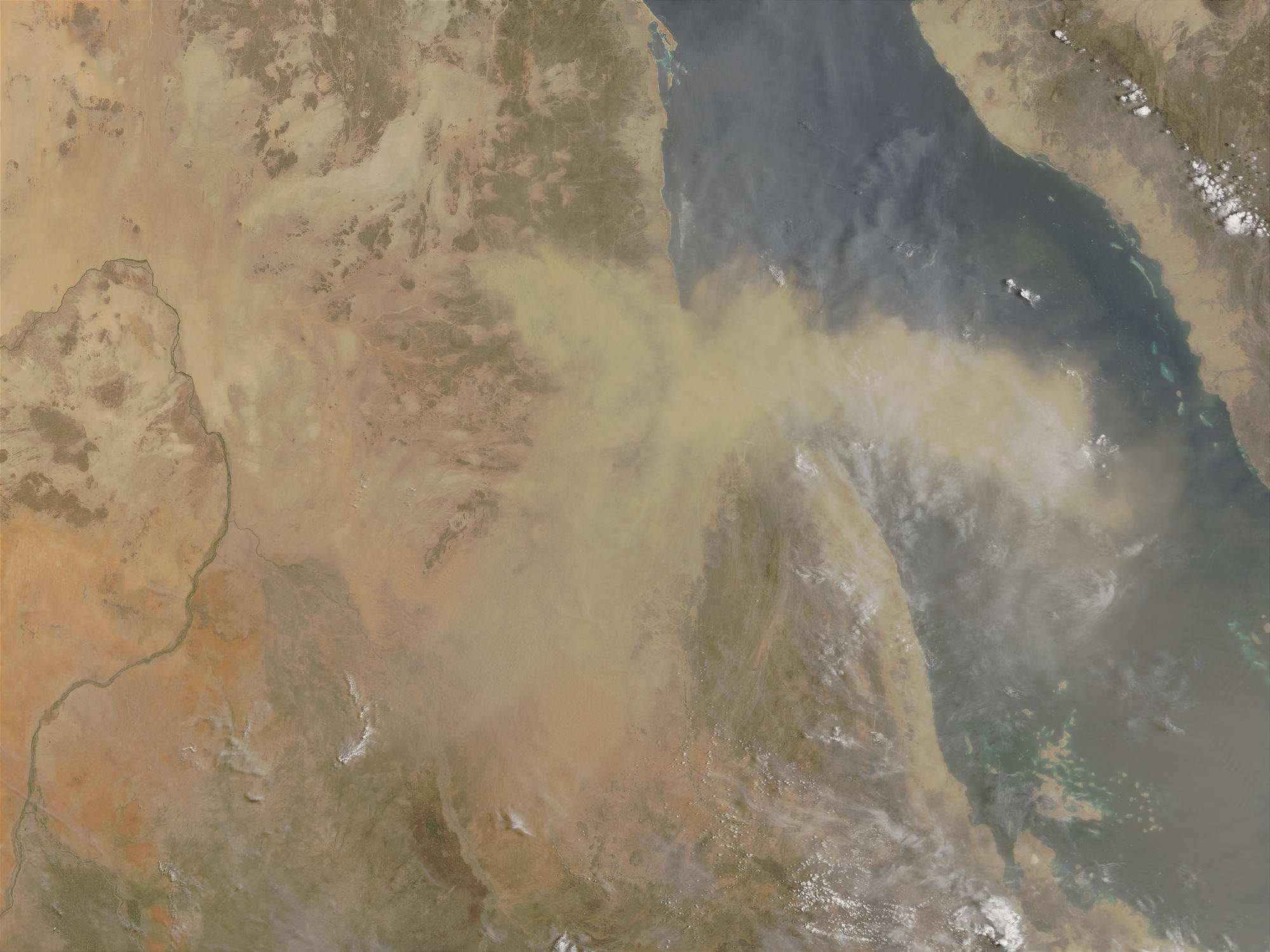 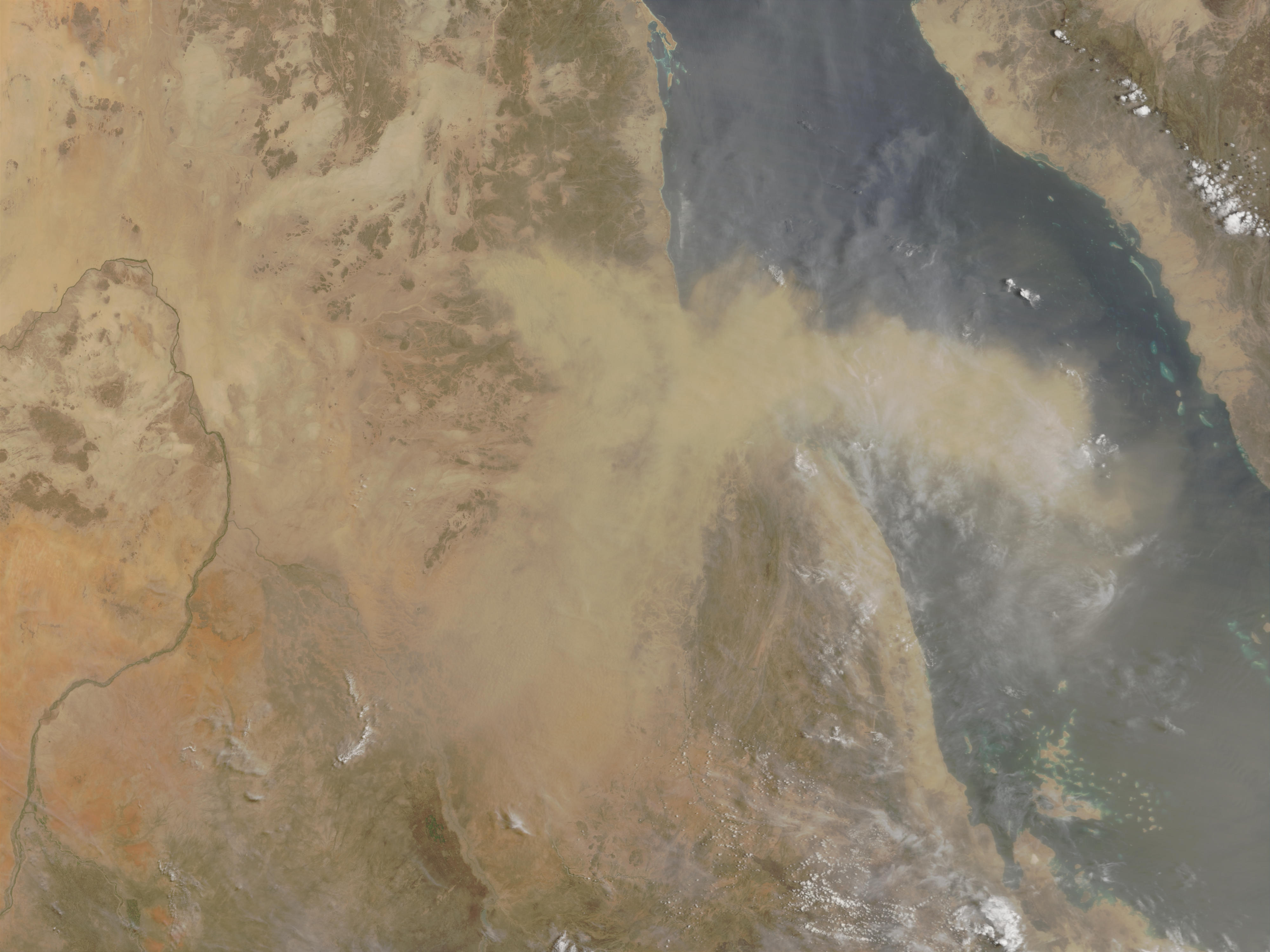 Dust storm in Sudan and Eritrea

In northeastern Africa, there are deserts everywhere, and where there are deserts, there is dust. This true-color Moderate Resolution Imaging Spectroradiometer (MODIS) image from June 14, 2002, shows a massive dust storm swirling over northeastern Sudan and Eritrea (small, coastal country occupying most of the bottom right quadrant of the image; boundary not shown). The dust could be coming from any of a number of deserts in the region, including the Nubian Desert at top center or the Baiyuda Desert, tucked into a bend in the Nile River at the center left edge of the image. Still farther west of this scene, even the ephemeral streams and vegetation seen in this image became virtually absent, and a broad expanse of desert covers the country.s northwest. At lower right, a cluster of small islands, obscured by the air-borne dust, is the Dahlak Marine National Park in the Red Sea.