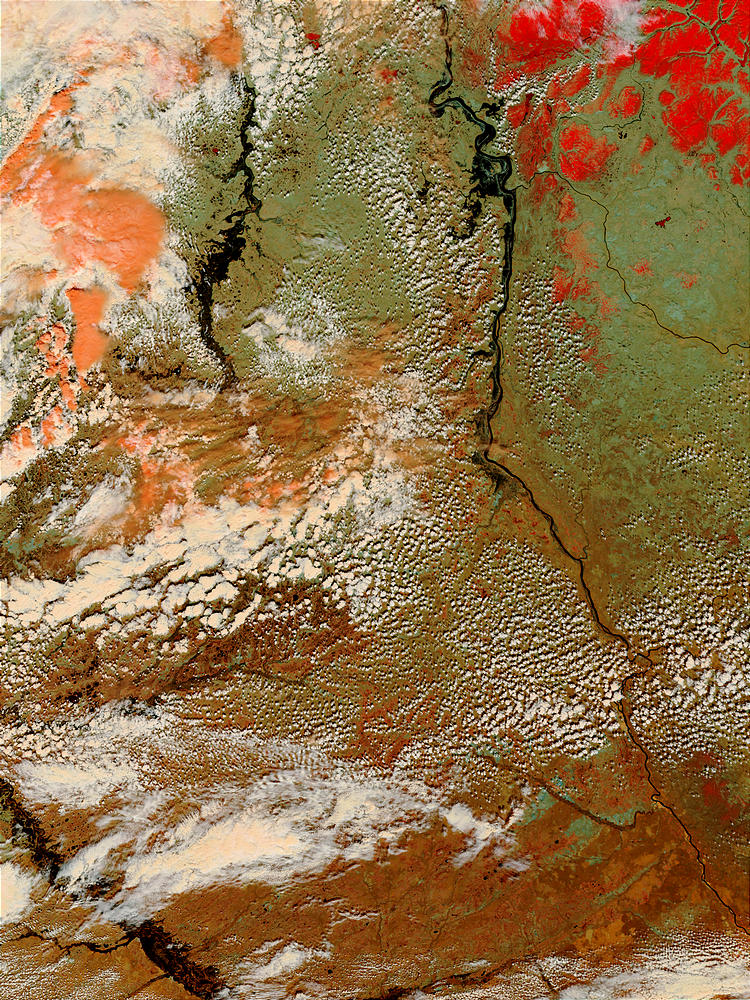 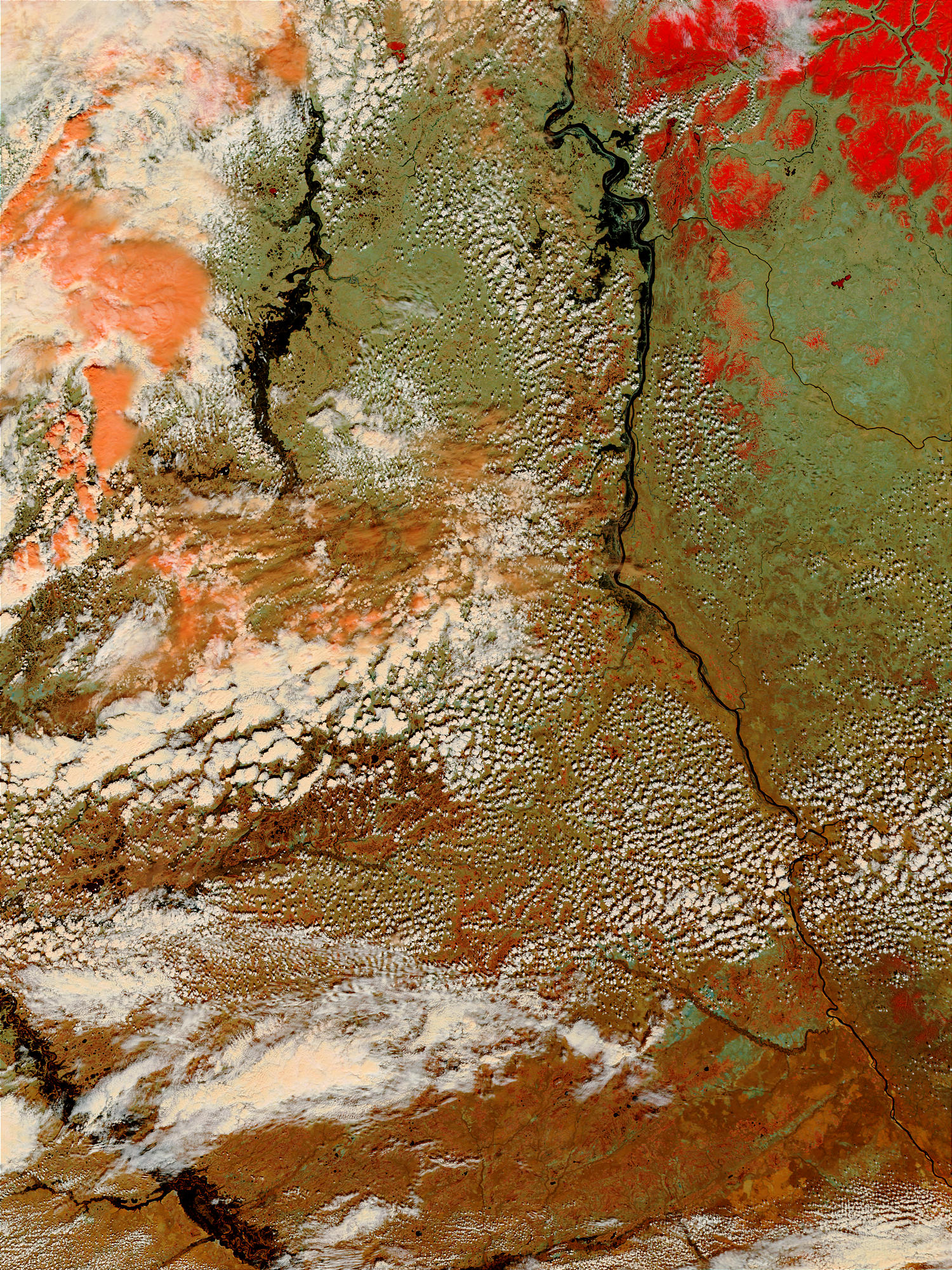 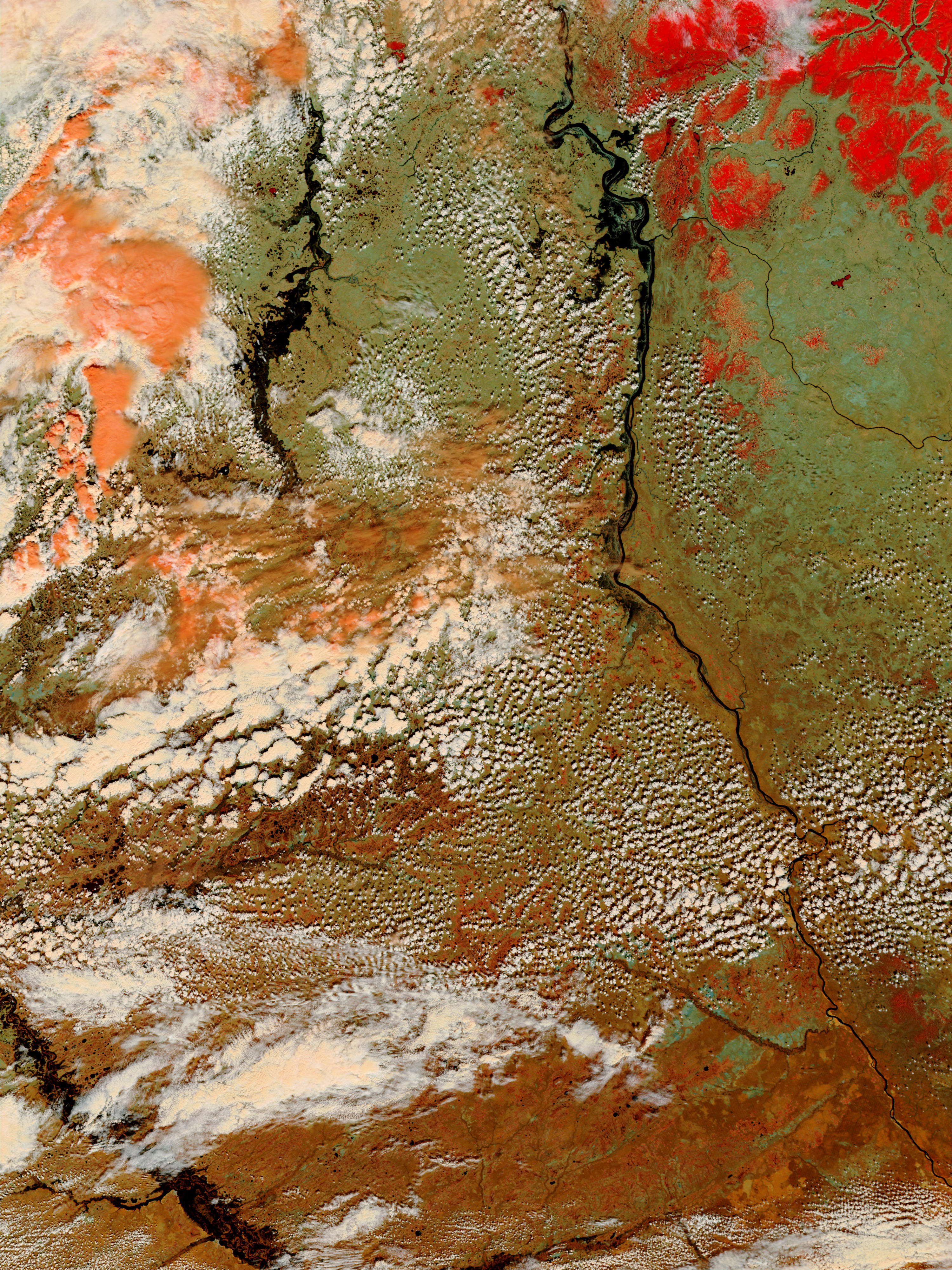 Flooding of the Yenisey and Taz Rivers, Russia

A mixture of snowmelt and ice jams in late May and June of this year caused the Taz River (left) and the Yenisey River (right) in central Siberia to overflow their banks. The flooding can be seen in this image taken on June 11, 2002, by the MODIS (Moderate Resolution Imaging Spectroradiometer) instrument aboard the Terra satellite. Normally, the rivers would resemble thin black lines in MODIS imagery.In the false-color images sage green and rusty orange is land, and water is black. Clouds are white and pink.